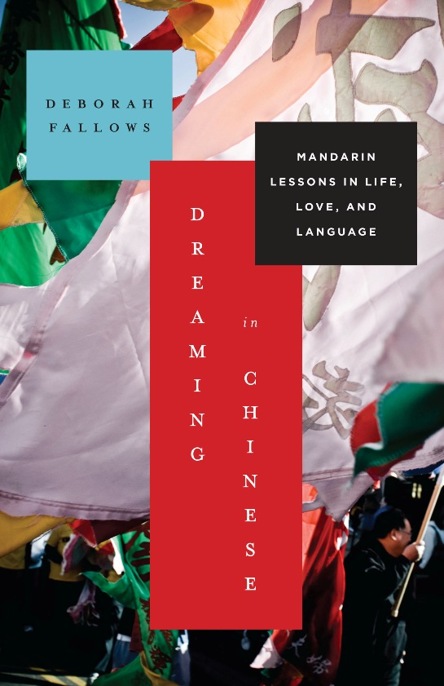 “While all too many books on China try to make sense of this infinitely provocative country from the top down, Deb Fallows looks at it from the bottom up, trying to figure out what makes the place work through personal encounters, the language and everyday occurrences. She has written a refreshing and insightful book about a country so large, complex and consequential that we often forget that it is made up of a mosaic of exactly the very small pieces on which Fallows focuses.”

“In
Dreaming in Chinese
, Deb Fallows, a linguistics scholar and wonderful writer who lived in China for three years, opens up a window onto Chinese urban life through its notoriously difficult language. This charming and insightful book will enhance the understanding and enjoyment of everyone visiting or studying China.”

“Any traveler who shudders at the prospect of deciphering Chinese should be armed with a copy of this funny, sympathetic, and demystifying survivor’s tale from the frontlines of learning Mandarin. This elegant tour of the language renders Chinese—and the Chinese people—with humor, tenderness and depth. If only every language book were this good; it conveys the hidden joys of Chinese, not as a language frozen on a page, but as a world alive in the alleys, kitchens and mountain towns of the people who created it.”

The grammar of romance

When rude is polite

Language play as a national sport

4.
Dǎbāo
Do you do takeout?

Why the Chinese hear tones, and we don’t

A brief introduction to Chinese names

Finding your way in China—the semantics of time and place

Disappearing pronouns and the sense of self

The essence of being Chinese

Out of calamity, tenderness

I
FIRST SAW
China in the summer of 1986. My husband and I had packed up our then small children, left our home in Washington, DC, and gone to live in Japan and Southeast Asia for four years. We jumped at a chance that came our way to visit China for several weeks, after living in Tokyo and before heading for Kuala Lumpur.

The China we visited then was still emerging from the Cultural Revolution. Most of the young people, dressed in their drab Mao suits or simple, cheap clothes, were seeing Westerners for the first time. They would race to scoop up our blond children in their arms for pictures and to practice “Hello! Hello!” in English. The Chinese who greeted us were light and playful; we felt their high-spirited welcome, especially after the constraints of living in traditional, culture-bound Japan.

My recollections of that brief time are in snapshots: I bought bottles of bright orange soda that lay cooling on slabs of ice in vendors’ carts. We went to the Beijing zoo, which was dreary and untidy, to look for pandas. The skies in Beijing and Shanghai and Hangzhou were clear and blue. We guessed that the cheerless Stalinist government rest houses where we stayed were probably bugged. On our domestic airliner flying to the south of China, we sat toward the front of the plane in big overstuffed armchairs and held our collective breath on take off, peering through gaps in the floorboards to see the tarmac racing by below.

Almost 20 years later, my husband and I set off to return to China for three years, where he would be reporting and writing long stories for the
Atlantic
. I would be working on my research for the Pew Internet Project, looking at Internet use in China. This excursion fit into the pattern of our life, alternating several years at home in Washington, DC, with several years out exploring the world.

We knew before we headed to China again that our old memories would seem quaint and charming, and that we would be in for a different kind of adventure this time in a modern, booming China. We did what we could to prepare: went to movies, read books, looked online, studied maps, talked to people who had been there before us. We got a glimpse here and an insight there, but we knew it wasn’t adding up to much of anything. In the end we took a leap of faith and boarded the plane for Shanghai.

I did one other thing to prepare: I studied Mandarin a few nights a week for a few terms at Georgetown University in DC, figuring that a jump-start on the language could only help as we tried to set up some kind of normal life in China. I have been studying languages and linguistics for almost all my life, and at least the
process
of studying the language felt comfortable to me, even if the language did not.

Our entry to China was rough. The first month went by in a daze, but our first impressions and experiences remain perfectly vivid to me: I could not recognize or utter a single word of the Chinese I had been studying, and I even wondered if my teacher had been teaching us Cantonese instead of Mandarin.
1
My husband said, in an anxious sweat, “I will never learn enough about China to write anything.”

The hot Shanghai wind blew at 40 knots for many days, like the famous Santa Anas in California. My husband was very, very sick for ten days from drinking the water. We wondered if we were being followed, or if our phones were tapped.

Slowly, of course, everything began to change. My teacher had indeed been teaching me Mandarin, although without the heavy Shanghai accent I heard all around me and later sorted out. My husband went on to write many, many articles about China and had the journalistic time of his life. We became immune to every germ we ran into and were never really sick again in China. The weather changed, although we grew never to expect the skies to be clear or the air to be fresh. We know people were indeed watching us, but far from being a bother, they would invite us out to lunch to keep an eye on us and were friendly.

As for the language, the longer we were in China, the more engaged I became with Chinese. Part of that experience was true tribulation: I worked and studied hard but felt like I was only inching forward, my progress barely measurable. Eventually, finally, I marked a few milestones, cause for much self-congratulation that was generally noted only by me: the first day I ventured out without my dictionary and did OK; my first complete phone conversation in Chinese; the first time I followed the entire plot of a soap opera episode on TV; and my pièce de résistance, the day I chewed out a Shanghai taxi driver in Chinese for an egregious overcharge, and got a refund of 100 rénmínbì (then about twelve US dollars).

The language paid me back in ways I hadn’t fully anticipated. It was my lifeline to our everyday survival in China. My language foibles, many of which I have recounted in this book, taught me as much as my rare and random successes. The language also unexpectedly became my way of making some sense of China, my telescope into the country. Foreigners I met and knew in China used their different passions to help them interpret China: artists used China’s art world, as others used Chinese cooking, or traditional medicine, or business, or music, or any number of things they knew about. I used the language, or more precisely, the study of the language.

As I tried to learn to speak Mandarin, I also learned about how the language works—its words, its sounds, its grammar and its history. I often found a connection between some point of the language—a particular word or the use of a phrase, for example—and how that point could elucidate something very “Chinese” I would encounter in my everyday life in China. The language helped me understand what I saw on the streets or on our travels around the country—how people made their livings, their habits, their behavior toward each other, how they dealt with adversity, and how they celebrated.

This book is the story of what I learned about the Chinese language, and what the language taught me about China.

1
A language note: Colloquially, the terms “Mandarin” and “Chinese” are often used interchangeably. Technically, “Chinese” is a broader term that covers the family of many different languages and dialects of China, including Mandarin and Cantonese. Mandarin is the official language of the People’s Republic of China, and it is the language I studied. I usually use the terms colloquially in this book. See Chapter 10 for much more on the languages of China.

1.
The grammar of romance