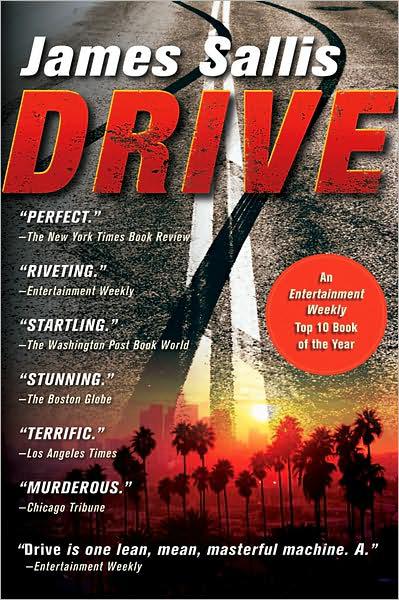 Eye of the Cricket

Ghost of a Flea

Death Will Have Your Eyes

Limits of the Sensible World

A City Equal to My Desire

My Tongue in Other Cheeks:

Ash of Stars: On the Writing of Samuel R. Delany

The Guitar in Jazz

Gently into the Land of the Meateaters

Almighty God, unto whom all hearts are open, all desires known and from whom no secrets are hid. Cleanse the thoughts of our hearts by the inspiration of thy Holy Spirit, that we may perfectly love thee, and worthily magnify thy Holy Name; through Christ our Lord. Amen

The Collect for Purity, Rite I

The Book of Common Prayer,

Of The Episcopal Church

Much later, as he sat with his back against an inside wall of a Motel 6 just north of Phoenix, watching the pool of blood lap toward him, Driver would wonder whether he had made a terrible mistake. Later still, of course, there’d be no doubt. But for now Driver is, as they say, in the moment. And the moment includes this blood lapping toward him, the pressure of dawn’s late light at windows and door, traffic sounds from the interstate nearby, the sound of someone weeping in the next room.

The blood was coming from the woman, the one who called herself Blanche and claimed to be from New Orleans even when everything about her except the put-on accent screamed East Coast—Bensonhurst, maybe, or some other far reach of Brooklyn. Blanche’s shoulders lay across the bathroom door’s threshhold. Not much of her head left in there: he knew that.

Their room was 212, second floor, foundation and floors close enough to plumb that the pool of blood advanced slowly, tracing the contour of her body just as he had, moving toward him like an accusing finger. His arm hurt like a son of a bitch. This was the other thing he knew: it would be hurting a hell of a lot more soon.

Driver realized then that he was holding his breath. Listening for sirens, for the sound of people gathering on stairways or down in the parking lot, for the scramble of feet beyond the door.

Once again Driver’s eyes swept the room. Near the half-open front door a body lay, that of a skinny, tallish man, possibly an albino. Oddly, not much blood there. Maybe blood was only waiting. Maybe when they lifted him, turned him, it would all come pouring out at once. But for now, only the dull flash of neon and headlights off pale skin.

The second body was in the bathroom, lodged securely in the window from outside. That’s where Driver had found him, unable to move forward or back. This one had carried a shotgun. Blood from his neck had gathered in the sink below, a thick pudding. Driver used a straight razor when he shaved. It had been his father’s. Whenever he moved into a new room, he set out his things first. The razor had been there by the sink, lined up with toothbrush and comb.

Just the two so far. From the first, the guy jammed in the window, he’d taken the shotgun that felled the second. It was a Remington 870, barrel cut down to the length of the magazine, fifteen inches maybe. He knew that from a Mad Max rip-off he’d worked on. Driver paid attention.

Now he waited. Listening. For the sound of feet, sirens, slammed doors.

What he heard was the drip of the tub’s faucet in the bathroom. That woman weeping still in the next room. Then something else as well. Something scratching, scrabbling….

Some time passed before he realized it was his own arm jumping involuntarily, knuckles rapping on the floor, fingers scratching and thumping as the hand contracted.

Then the sounds stopped. No feeling at all left in the arm, no movement. It hung there, apart from him, unconnected, like an abandoned shoe. Driver willed it to move. Nothing happened.

Worry about that later.

He looked back at the open door. Maybe that’s it, Driver thought. Maybe no one else is coming, maybe it’s over. Maybe, for now, three bodies are enough.

Driver wasn’t much of a reader. Wasn’t much of a movie person either, you came right down to it. He’d liked Road House, but that was a long time back. He never went to see movies he drove for, but sometimes, after hanging out with screenwriters, who tended to be the other guys on the set with nothing much to do for most of the day, he’d read the books they were based on. Don’t ask him why.

This was one of those Irish novels where people have horrible knockdowndragouts with their fathers, ride around on bicycles a lot, and occasionally blow something up. Its author peered out squinting from the photograph on the inside back cover like some life form newly dredged into sunlight. Driver found the book in a secondhand store out on Pico, wondering whether the old-lady proprietor’s sweater or the books smelled mustier. Or maybe it was the old lady herself. Old people had that smell about them sometimes. He’d paid his dollar-ten and left.

Not that he could tell the movie had anything to do with this book.

Driver’d had some killer sequences in the movie once the hero smuggled himself out of north Ireland to the new world (that was the book’s title, Sean’s New World), bringing a few hundred years’ anger and grievance with him. In the book, Sean came to Boston. The movie people changed it to L.A. What the hell. Better streets. And you didn’t have to worry so much about weather.

Sipping at his carryout horchata, Driver glanced up at the TV, where fast-talking Jim Rockford did his usual verbal prance-and-dance. He looked back down, read a few more lines till he fetched up on the word desuetude. What the hell kind of word was that? He closed the book and put it on the nightstand. There it joined others by Richard Stark, George Pelecanos, John Shannon, Gary Phillips, all of them from that same store on Pico where hour after hour ladies of every age arrived with armloads of romance and mystery novels they swapped two for one.

At the Denny’s two blocks away, Driver dropped coins in the phone and dialed Manny Gilden’s number, watching people come and go in the restaurant. It was a popular spot, lots of families, lots of people if they sat down by you you’d be inclined to move over a notch or two, in a neighborhood where slogans on T-shirts and greeting cards at the local Walgreen’s were likely to be in Spanish.

Maybe he’d have breakfast after, it was something to do.

He and Manny had met on the set of a science fiction movie in which, in one of many post-apocalypse Americas, Driver had command of an El Dorado outfitted to look like a tank. Wasn’t a hell of a lot of difference in the first place, to his thinking, between a tank and that El Dorado. They handled about the same.

Manny was one of the hottest writers in Hollywood. People said he had millions tucked away. Maybe he did, who knew? But he still lived in a run-down bungalow out towards Santa Monica, still wore T-shirts and chinos with chewed-up cuffs over which, on formal occasions such as one of Hollywood’s much-beloved meetings, an ancient corduroy sports coat worn virtually cordless might appear. And he was from the streets. No background to amount to anything, no degree. Once when they were having a quick drink, Driver’s agent told him that Hollywood was composed almost entirely of C+ students from Ivy League universities. Manny, who got pulled in for everything from script-doctoring Henry James adaptations to churning out quickie scripts for genre films like Billy’s Tank, kind of put the lie to that.

His machine picked up, as always.

You know who this is or you wouldn’t be calling. With any luck at all, I’m working. If I’m not— and if you have money for me, or an assignment—please leave a number. If you don’t, don’t bother me, just go away.

“You’re always at the end of something.”

“Just let me save….There. Done. Something radically new, the producer tells me. Think Virginia Woolf with dead bodies and car chases, she says.”

“After shuddering? What I always say. Treatment, redo, or a shooting script? When do you need it? What’s it pay? Shit. Hold on a minute?”

“…Now there’s a sign of the times. Door-to-door natural-foods salesmen. Like when they used to knock on your door with half a cow butchered and frozen, give you a great deal. So many steaks, so many ribs, so much ground.”

“Great deals are what America’s all about. Had a woman show up here last week pitching tapes of whale songs.”

“Late thirties. Jeans with the waistband cut off, faded blue workshirt. Latina. It was like seven in the morning.”

“I think she swung by here, too. Didn’t answer, but I looked out. Make a good story—if I wrote stories anymore. What’d you need?”

“Reading again, are we? Could be dangerous….It means to become unaccustomed to. As in something gets discontinued, falls into disuse.”

“Yeah, but we should grab a drink sometime.”

“Absolutely. I’ve got this thing, which is pretty much done, then a polish on the remake of an Argentine film, a day or two’s work sprucing up dialog for some piece of artsy Polish crap. You have anything on for next Thursday?”

“Gustavo’s? Around six? I’ll bring a bottle of the good stuff.”

That was Manny’s one concession to success: he loved good wine. He’d show up with a bottle of Merlot from Chile, a blend of Merlot and Shiraz from Australia. Sit there in the wardrobe he’d paid out maybe ten dollars for at the nearest secondhand store six years ago and pour out this amazing stuff.

Even as he thought of it, Driver could taste Gustavo’s slow-cooked pork and yucca. That made him hungry. Also made him remember the slug line of another, far classier L.A. restaurant: We season our garlic with food. At Gustavo’s, the couple dozen chairs and half as many tables had set them back maybe a hundred dollars total, cases of meat and cheese sat in plain view, and it’d been a while since the walls got wiped down. But yeah, that pretty much said it. We season our garlic with food.

Driver went back to the counter, drank his cold coffee. Had another cup, hot, that wasn’t much better.

At Benito’s just down the block he ordered a burrito with machaca, piled on sliced tomatoes and jalapenos from the condiment bar. Something with taste. The jukebox belted out your basic Hispanic homeboy music, guitar and bajo sexto saying how it’s always been, accordion fluttering open and closed like the heart’s own chambers.