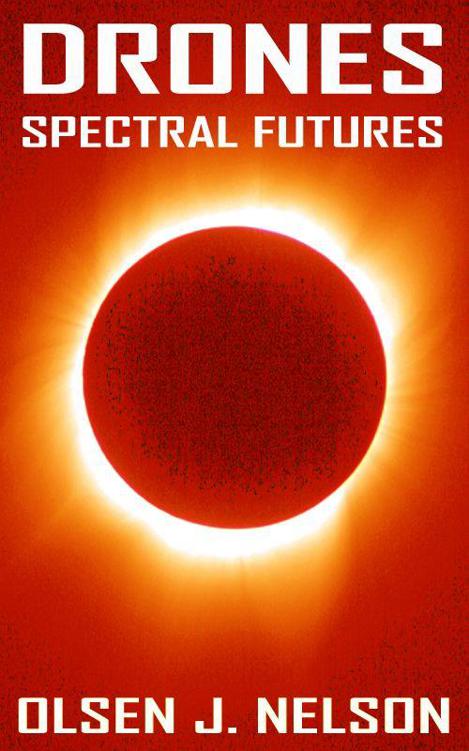 It would be really appreciated if you could leave a review after finishing this story. If you like it, leaving a review is the best thing you can do to support it and to ensure that it has a chance to reach other like-minded readers. On the other hand, if you don’t like it, leaving a review may assist like-minded people to avoid it; negative reviews also contain the potential of attracting readers who don’t care about the things mentioned or think that they may be unfair or unjustified, which is sometimes better than having no reviews.

Moreover, if the negative review is particularly pathetic, a more sympathetic reader may be inspired by this to write a supportive review, thus getting the ball rolling in the right direction. In any case, the worst thing you can do for the story and my writing programme in general is to do nothing, particularly when there are no or very few reviews, and if you like the story and the direction I’m heading with my work.

I don’t want to depend on people I know — I don’t know that many people, anyway; I don’t want to depend on soliciting reviews from other authors — it’s a pathetic game of cat and mouse and a waste of my time, anyway; I don’t want to purchase reviews in bulk from someone on Fiverr, etc., in order to gain visibility and popularity
de jour
— I’m more interested in building a readership over the long-term. I’ve watched a lot of titles rise because of friends, family, colleagues, puppetsocking (writing your own review via someone else’s/another account), author comrades, and fraud; some or all of this is commonly seen as necessary to get the ball rolling.

Unfortunately, only a small amount of readers seem to care about how a title they like gets to them; most seem simply to need a lot of reviews or a threshold amount present in the opening stages, perhaps ten or so. It sometimes works; but in most cases, more reviews are better than less or none, the latter being what you’ll find for most of my titles at Amazon.com at present. Nevermind. Having said that, I still think that opening with reviews is a vice and a matter of vanity, even if it is pragmatic for sales volumes. I prefer to publish my books ‘naked’ because, eventually, if you write and publish enough and consistently, you’ll need to. Furthermore, if you publish with intent and build a strong backlist, you won’t need to worry about reviews … over the long-term. The idea of the long-term is important there…

I just want to write as much of the best SF that I can in the coming years and see what results. Hopefully, some readers will respect and support that … eventually. If you’ve been around for a while, you’ll know how gamed, corrupt and tasteless things can get. But if you haven’t, and you stick around, you’ll find out soon enough.

You’re bound to come across me again and again in the months and years ahead if you continue to use the SF sections at Amazon; I’m just getting warmed up. If you don’t like my work, then I apologise about these future annoyances. But if you do like what I write … then I hope you can support my work at some point by writing a positive review.

In a rapidly emerging, high-tech near future, Kacey, a remote robot operator working for a department of the Regional Remote-Security Division, has been confronted by her past on a daily basis for years … but never more so than now.

As events increasingly demonstrate the road to amplification and the inertia of the deteriorating social conditions of the country and the world system, Kacey and her remote operator team are among the first to witness some of the diabolical harbingers of the near future referred to in the emerging present.

The daily routine continues, regardless: the department and her remote operator team do what they can with inadequate resources and limited, privy information of the wider context in which they find themselves uncomfortably situated.

As events unravel and amplify, Kacey becomes increasingly obsessed with her past and attempts to find solace and resolution in her life despite the dangerous tumult that’s emergent in the external world and what all this means for her own past, present and near future … and everyone else’s.

[This is part of a non-linear short story collection called ‘Spectral Futures,’ of which there will be eight. These are independent short stories with different characters and incompatible realities; however, there are overlapping themes, contexts and technologies, etc., some of which are explored further, modified, or abandoned in other stories. One major theme shared by all is an ecliptic moment, aspiration or potential, which is indicated in the covers.

You can read one or all eight once the last on has been published in early July 2013. If you want to read more than two or three, however, it’s advised that you wait to get most of them for free (three days in the week following publication), or download the collection edition when it’s published shortly after the last story has been.]

A bipedal robot runs down the pavement of a suburb of Atlantic City that’s filled with free-standing houses hidden snugly behind nine-foot-plus high walls and heavy, secured gates. The large, over-hanging trees lining the streets are littering golden leaves onto the ground, making the robot’s steps crunch slightly as it homes in on its target address.

It stops in front of a tall brick wall for a brief moment before jumping high enough to grab securely onto the top, which is lined with embedded rows of razor blades. It pulls its boots up and places them on the side of the wall — small titanium sprigs dig slightly into the painted cement and chip away at it while giving the robot the grip needed to push its body up on top of the wall.

The robot jumps down into the garden and crouches behind a line of bushes while it pulls out a hand-held battering ram from its carrying position on its back. It runs towards the front door and up onto the veranda, scaling the three steps in one leap. It then slams the battering ram up against the heavy wooden door, which flies open harshly, banging loudly up against the wall of the hallway and coming clean off one of its hinges. The sound echoes through the house, and the door comes to a rest on an awkward angle. The robot watches a man as he flees towards the back door and is brought to a stop when another robot forces the door open straight into his face, rendering him unconscious before he hits the kitchen floor.

Kacey’s robot walks a few paces towards the open double-sliding doors leading into the living room just to the left of the front door. It stands casually, sending video streaming of the scene directly to its operator, who quickly scans it with very little surprise crossing her face — standing in front of four large drums sitting next to the far wall is a man with a 3D-printed machine gun pointed nervously at the robot; next to him is a long bench with a computer, a compound generator and a mid-sized 3D printer; in the middle of the room is a hole in the floor, just over one yard in diameter, that descends deep into darkness.

Knowing his options are all futile, the man barely hesitates in squeezing the trigger, releasing rounds at the robot, some of which embed lightly into its armoured plating, while the rest ricochet harmlessly into the walls. The robot leaps into action, running towards the man and swiping its arm at him swiftly, knocking him down, his ribs cracking loudly. The gun falls silent as it slides harmlessly across the floor.

The operator turns the robot towards the computer, extends its left forefinger out, and taps on the blank screen, activating it. The operator stares fixedly at the emergency countdown box now on display in the middle of the screen, focusing in on the milliseconds rolling impatiently down from 2.2 seconds — just enough time for the operator to take in a deep breath before her screen goes blank.

Kacey disconnects abruptly from the operator unit, freeing her hands and feet from the gloves and boots that guide the robot’s actions. She steps out of the round framework and pulls off her helmet, which houses the deactivated semi-circular display screen. She hangs the helmet on its hook and walks towards the door, which slides open, allowing her to exit without looking back at the other operators still in the process of disconnecting. The door closes smoothly after her.

Meanwhile, on one of the external monitors by her operator unit, satellite footage displays the scene she’s left behind nearly two hundred miles away from the operational hub of a department of the Regional Remote-Security Division: the initial explosion created by the explosives in the barrels rips the front section of the roof off the house and blows the room’s walls out, sending debris hurtling into the air and the immediate neighbours’ properties; following this, a series of ten sets of ten mini rockets launch out of the silo and extend high up into the air in concentric arcs that spread out across the neighbourhood, eventually covering three-point-two blocks; the rockets descend in timed unison, soon reaching their targets; the conventional and incendiary explosives contained in each rocket detonate, forcing entry into and completely engulfing fifty-four houses and their properties in a fiery inferno.

The available fuel is aggressively consumed by the blaze as the awaiting squadron of remotely controlled helicopters proceed to dump payloads of fire retardant around the perimeter in order to prevent the disaster from spreading any further. The affected area is left to be dealt with by the second squadron that’s already on its way. By the time it arrives, however, extinguishing what remains will be too little too late: most of the inflammable material will already have been burnt beyond recognition or repair, and only those inhabitants in the rare hermetically sealed safety rooms and basements will have survived unscathed, typically only four percent of those caught in such blazes in middle-class suburbs of the kind targeted.

Just after sunset, sitting in her car, she flicks through case files on her tablet connected to the office’s investigation database. She looks up casually, lost in thought, as the car glides quietly through the driverless vehicle network.

She glances without interest at several cars passing through the busy intersection they’re approaching, and she tracks one that passes in front of her own, only avoiding a collision by inches, both cars having already adjusted their speed in the moments of coordination in the predictive window leading to their interaction in the middle of the intersection. She turns her head back to her tablet, ignoring several other cars darting around them in similar circumstances.

The car continues down the hill and turns left into a quiet suburb, winding its way through the empty streets before slowing to a crawl while a security gate slightly ahead draws back completely behind the front wall, allowing her car to turn into the driveway and enter unimpeded.