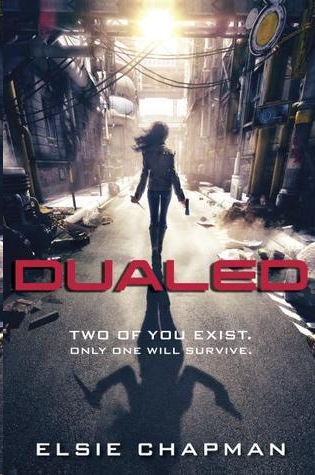 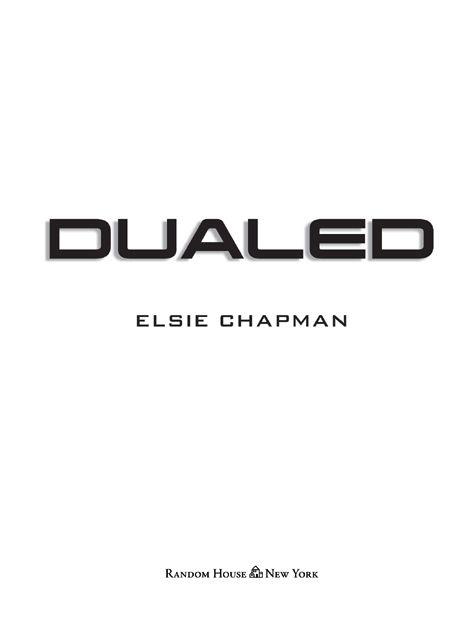 I’ve buried nearly everyone I love.

That’s the thought that keeps crossing my mind as I sit in the restaurant, picking at the seam along my sleeve where it’s starting to wear thin. Beneath the overly bright lighting, the cheap black cotton of the jacket I usually wear to funerals is faded, gray, nubby with use.

Across the table from me, Luc’s staring blankly at the menu. His blacks aren’t looking too hot, either. The jacket is too small across the shoulders, stretched tight, his wrists popping out from beneath the cuffs. At seventeen, my brother’s taller than Aave was. By default I’m the tallest girl, since Ehm’s gone, too.

I toss my menu down. “I guess I’m just going to get the same thing I always do.”

Luc shakes his head in puzzled disgust, glances up at me. “Why do we keep coming here, again? The food sucks.”

“I think Aave kept making us come back? He always said Balthazar’s was one of his favorite restaurants in the Grid. And we just kind of … never stopped.”

“Yeah, probably. I swear the guy had a stomach lined with steel.”

I fiddle with the fork that’s lying next to my hand, wondering if any Alt has ever actually used one to complete an assignment. A last-resort-and-being-cornered kind of thing. Would a handful of pointy tines be enough to fend off death if you’re the one meant to survive?

“What do you think about your combat classes so far this year?” Luc’s voice breaks through the buzz of my thoughts, the clamor of the crowd seated around us.

“Well, I’m already counting down the days until weaponry. You don’t know how lucky you are to be in there already.”

“Hey, what’s wrong with combat?” Luc’s dark brown eyes are amused. “At least admit it’s not as bad as kinetics.”

The study of body and muscle movement, kinetics is the first level of the Alt Skills program, and it makes up year one in school. Learning how to fight effectively with your body is combat, years two and three—though in a battle, given a choice between bare flesh and man-made steel, I know which one I’d pick every single time. An Alt’s bullet travels fast, before you can even begin to think about calculating how to form a fist without breaking your bones. It’s not until weaponry that you learn the minute mechanics of aiming and firing a gun, the torque and spin of a blade, the balletic beauty of wielding a dagger.

“Okay, fine, nothing’s as bad as kinetics,” I say to Luc. “But it doesn’t change the fact that year two combat’s not much more than filler.” At fifteen, I’m just starting year three at Torth Prep. In Kersh’s citywide school curriculum, weaponry
isn’t offered until years four and five. “Everyone knows weaponry is the only training class that isn’t a total waste of time.”

“Well, you’ve only got this one last year. Then you’re good to go.”

I pick up the dinner knife, let the muscles of my hand spin it into position.

“Relax, West,” Luc says, and gestures to the waitress headed in our direction. “You’re going to scare Bren.”

Slowly, I put the knife down.

“Two of my favorite customers,” Bren says to us, smiling. But I can see the sympathy in her eyes. “I’m so sorry to hear about your dad. Was he sick?”

I look away, not caring if it’s rude. Whatever Luc tells her is up to him. All I know is I can’t say the words.

It seems like a very long time before he answers. “Yeah, he was sick, Bren.”

Close enough to the truth, I guess.

“Can I just get the chicken salad, please?” I ask abruptly. It’s late, way past dinnertime, and I don’t even know if I feel like eating. But we’re here, and I’ll do anything to keep her from asking more questions.

“Sure.” Bren flicks her eyes at me, uncertain. “You know it’s just the culled pigeon, right? Chicken’s reserved for completes.”

“Sure, it’s fine,” I tell her. It has to be. Completes always get the best food. Idles like Luc and me are served the scraps,
remnants, surplus. None of the good stuff until we’re completes, too.

“Just the cheeseburger,” Luc says to the waitress. “Thanks.”

“Wow,” I say to Luc. “You keep ordering that like you think it’s going to taste different each time. It’s not even meat; it’s straight filler.”

I laugh for the first time all day. “Yeah, okay, tell yourself that. You’re probably going to sprout a third eye or something.”

“Hey, having a third eye when you go active could actually help—”

A sharp crack in the air. It could be mistaken for the boom of thunder, or the sound of a car backfiring. But living where I live, I instantly recognize it.

Gunfire. And it’s close by.

“Completion of an assignment,” Luc says, looking past my shoulder and out the window, proving my instincts right. “Just across the street.”

Breath held, I turn to see the figures of the two Alts outside. Slightly rippled through the bulletproof glass and little more than blurred shadows beneath the hazy glow of the streetlamps, but their movements are familiar, a choreography of steps all citizens of Kersh have seen before. One Alt finally tumbles to the ground. The other crouches over him, checking for vitals. It hits me how their silhouettes could almost be mistaken for lovers’.

But they’re not. They’re Alts. Enemies from birth. And now
one’s dead, which means the survivor has completed his assignment. He takes off down the road, leaving behind his childhood, a past life as easily shed as a prisoner’s jumpsuit.

Able to breathe again, I turn back to see Luc still staring out the window, his expression strange, not his own. Around us, the other diners begin talking and eating again. A waitress brings an order to a table in the corner.

“Hey, promise me something,” I blurt out. “That if I go first—if I end up being an incomplete—you’ll do something for me.”

His eyes drift back to mine. I can see the scene still playing out in his head, but it’s no longer two strange Alts battling each other. It’s friends with theirs, me with mine, him with his.

“A promise?” he asks. Picks up his glass but doesn’t drink from it. Puts it back down.

“That when your assignment comes, you’ll think about nothing else except how you’re going to beat your Alt. That you won’t be distracted by anything until you’re a complete.”

A slight smile at the corner of his mouth. “Well, yeah, why wouldn’t—”

“And that you’ll go for all that stuff Mom and Dad wanted for you. What you guys used to talk about together—school, a safe desk job that will probably pay way too much for what you actually do. Getting married, old, fat. Buying a nice house somewhere in the suburbs. Kids, if you want.”

Luc laughs. His face is his again. “You’re crazy, you know that?”

“So, promise that you’ll go and do whatever you want, once you’re a complete.” I mean every word. Suddenly it seems important that he knows that. Luc’s as good a brother as they come. He’s genuinely nice, not seriously lacking in the brains department, and he can be pretty funny when he decides to be. Add in his height, the clean lines of his features, his dark hair and eyes, and Luc’s got everything going for him. Only one last hurdle to overcome.

“Okay, okay.” He throws his hands up. “I’ll do my best. Not the part about getting fat, but everything else. But it goes both ways, you know.”

“What, me? Marriage and kids?” To try to see myself as someone beyond the West I know, to see different depths to the features so familiar to me is … hard. Average height, on the skinny side, eyes the same brown as Luc’s, long hair a shade closer to black. High cheekbones, rounded chin, a mouth that often says the wrong thing at the wrong time.

At his words, I automatically glance down at my hands, double-checking for any dried paint left under my nails, ink smeared between my fingers. But I did a good job cleaning them off earlier. Much better than normal—whether because of what was in store for today or because I was trying to keep one world from bleeding into the other, I’m not sure.

I clasp my hands together. Only after completing will I dare ask myself what I want.

“And you’re giving
me
a hard time?”

“Well, since I’ve already said yes, you have to promise
me
something,” Luc says. “If
I
go first.”

The very idea of him leaving me alone, the last of us left, is an instant punch of pain. I start folding and unfolding my paper napkin to keep my hands from clenching. “Fair’s fair, so shoot.”

“When you get your assignment … if things turn bad, and you feel like there’s no way out … tell me you’ll turn to Chord for help.”

I blink up at Luc. “Chord? What are you talking about?” Chord is Luc’s best friend, someone I’ve known for most of my life. He’s never too far away for long, but for Luc to ask this—not just of me, but of Chord … “You’re not talking about an Assist Kill, are you, Luc? You know it’s not allowed. If the Board finds out—”

“No, I don’t mean an AK,” he says. His jaw’s gone tight now, and he looks uncomfortable. “I’m talking about someone having your back, West. You’re too stubborn for your own good, always thinking you can do everything alone. But for this, you know Chord wouldn’t want you to keep him in the dark.”

Inspector Green Mysteries 9-Book Bundle by Barbara Fradkin
Defiance by C. J. Redwine
Kisser by Stuart Woods
Burnt River by Karin Salvalaggio
Revenge #4 by Knight, JJ
Jerk by Foxy Tale
The Little Way of Ruthie Leming: A Southern Girl, a Small Town, and the Secret of a Good Life by Dreher, Rod
Leaden Skies by Ann Parker
Brink Of Passion (Alpine Woods Shifters) by Sondrae Bennett
Wish For Me (The Djinn Order #1) by A. Star
Our partner