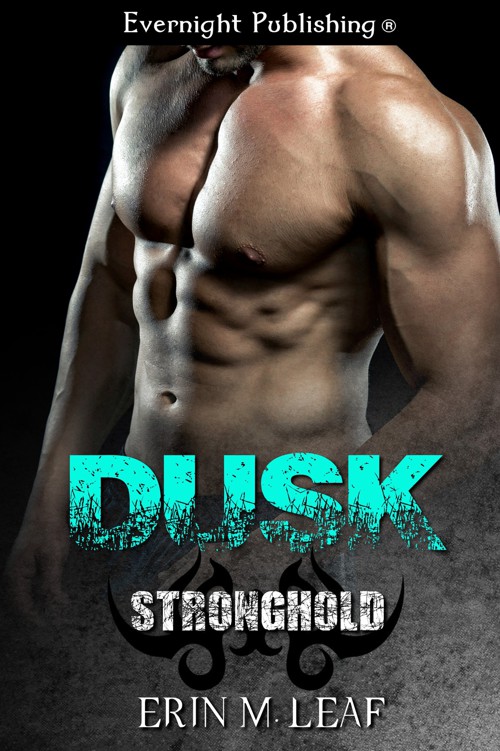 This one's for you, Mom. I always thought your name was
beautiful.

Lucy Soren sat at her desk, absently rubbing her right forearm.
Outside, bright gold and red touched the tips of the leaves across the parking
lot in preparation for autumn. Inside, her emotions slipped again into grey,
jagged anxiety. Last year at this time she was still in college, enjoying her
last days as a student, not a worry in the world. This year? Well, this year
she spent a large portion of her time pretending to be a grown-up, while
feeling anything but.

“If you keep that up, you won’t have any skin left,” Shari said,
stacking the files of the next three patients near the printer. She leaned
against the counter and crossed her arms. “Stop with the fidgeting and just tell
me what’s bothering you.”

Lucy smiled at her friend. “It’s nothing.” She forced her hands
down to her lap, eyes flicking to the door. Ever since she’d been injured a few
months ago, she’d been unable to keep herself from constantly checking for the
closest available exit.
Just in case…
her mind whispered.

“Yeah, right.” Shari sighed and sat down in the empty chair next
to Lucy’s station. “We have approximately ten minutes left on break before
patients start piling in here again. Spill, girl. I’m all ears.”

Shari gave her a look.

“No, really. I haven’t been sleeping well,” Lucy offered.

“Why not?” Shari asked, as if just answering that simple question
could solve all the ills in the world.

Lucy stifled a derisive laugh. She liked Shari. She wasn’t angry
with her, just… frustrated. “I was in an accident before I started working
here.” She shrugged. “Sometimes I still have nightmares.” She hoped that
explanation satisfied Shari because she didn’t have the time or energy to
explain everything that had happened to her.

Shari’s face melted into sympathy. “Oh, that sucks. I know how you
feel. I broke my ankle in a car crash when I was in high school.” She grimaced.
“I had nightmares for months. My mother had to bribe me to get back in the car.”
She grinned. “I ate a lot of chocolate bars my senior year of high school. Good
thing I had a fast metabolism.”

If only what happened to me had been something as simple as a car
crash.
Lucy forced
a smile. “Yeah, it can be hard dealing with that kind of thing.”

Shari nodded. “I’m sure you’ll start to feel better soon. When was
your accident?”

“At the beginning of the summer,” Lucy said. She glanced at the
clock. “Listen, I have to run to the bathroom. Can I get a rain check on this
conversation?”

Shari smiled sympathetically. “Of course! Anytime. I’m happy to
listen. Just remember that.” She patted Lucy’s shoulder. “We were so glad when
they hired you. We really needed the help. We can’t afford for you to have a
nervous breakdown.”

Lucy stood up and shoved her hands in her pockets, trying not to
show how much it bothered her when Shari touched her. “Thanks. I really
appreciate it,” she said, quickly heading for the door before Shari could say
anything more.

I have to get out of here, just for a minute or two.
She hurried down the hall and
practically shoved her way into the bathroom. She chose the end stall, the one
in the most protected corner. She locked the door and sat down, drawing her
legs up until she was huddled into a ball. Thank God the doctor’s office where
she worked used residential toilets and not those lavatory ones without seats.
She put her head down on her knees and gritted her teeth.

I’ve got to get over this,
she told herself, taking slow, deep breaths. The smell of fake
lavender filled her nostrils. She’d hidden in here so many times she was
starting to associate the cleaning scent with her anxiety.
Not good. At this
rate, I’ll walk past a garden with blooming lavender and have a full-blown
panic attack in public.
She shuddered, trying to talk herself down.
You’re
safe. There are no Spiders here. You’re safe…

Her cell phone buzzed, jerking her out of her self-guided paranoid
meditation. When she dug the device out of her pocket, she wrinkled her nose,
not recognizing the number. She slid her finger across the display.

She frowned. He sounded familiar. “Yes. Who is this?” She heard a
faint rustling noise, and then he responded.

Lucy’s heart almost stopped. Solomon Dusk? The Sentry who’d saved
her life a few months ago? Why was he calling her? Suddenly, she couldn’t
breathe. The thought of the bug-like aliens attacking Earth had her clutching
her phone until it creaked. She couldn’t go through that, not again. “Sentry
Dusk, please tell me, is something wrong? It’s not the Spi—” she managed to blurt
out before he cut her off.

“No, no. Nothing like that. I’m just calling to see if you are
well,” he said calmly. “After your injury and Eva’s pairing with my brother,
you must have been very overwhelmed.”

He’s calling to see
if I’m okay? That makes no sense
, she thought. The Spider attack was months ago. She stared at the
stall door, confused.

She took a deep breath. “I’m okay. I talked to Eva a couple days
ago,” she said, referring to her best friend. Eva was married to Solomon’s
brother, Sentry Greyson Dark. Her lips quirked into a half smile. The thought
of her best friend married to a Sentry still bemused her.

Lucy licked her lips. Her mouth was so dry she could barely speak.
“Sentry—”

Lucy shook her head. “I’m at work.” The more he said, the more
worried she grew. After the last Spider attack, the Sentries had given a final
press conference about the aliens and then gone silent again. They still
protected the planet, but they were very private men. And from what Lucy’s best
friend, Eva, had said, they continued to monitor the Spiders as they had always
done.
So there’s nothing to worry about,
she told herself, rubbing her
arm lightly.

“I am sorry. I didn’t mean to interrupt you at your job,” he said,
voice going low. “I’ll leave you to finish your day.”

“No, wait!” Lucy exclaimed, sensing he was about to hang up. “Wait.”
She listened to him draw in a breath and hurried to speak before he
disconnected. “Solomon. I have to ask you something.” She tried out his name
for the first time. It felt weird, to be talking to him as if he were an
ordinary human. He wasn’t. He was near-immortal. He was over two centuries
older than her. She was twenty, barely an adult, and he was older than
everyone.

She swallowed, gathering her courage. “We’re safe, aren’t we? I
mean there aren’t any more Spiders on Earth, right?” She had to ask. She couldn’t
help it, even if she sounded like a little girl. The nightmares came too often
for her to ever fully forget what had happened all those months ago. She rubbed
at her arm again, then forced herself to stop. When the Spiders attacked her
and Eva in early summer, the only thing she clearly remembered in the midst of
the blistering pain was Solomon Dusk’s steady gaze. His light brown eyes
specked with silver calmed her. He’d held her, wordlessly reassuring her that
everything would be all right.

How she she’d been able to see him clearly enough to remember his
face, she didn’t know. Eva told her she’d passed out when one of the aliens had
burrowed into her arm, hooking onto her nerves and destroying her from the
inside out. It’d felt like someone had poured molten lava into her body. She
vaguely remembered Eva’s Sentry, Greyson, taking her hand. She could sort of
recall him murmuring to her, but Solomon’s eyes staring steadily into hers was
what truly kept her sane throughout the entire, wretched experience.

“You are safe, Lucinda,” he said quietly. “I would never allow the
Spiders to harm you. Not ever again.”

After that extraordinary statement, the faint click on the line
told her he’d hung up. Lucy stared at the phone in her hand, and then slowly
tapped the icon to dismiss the call.

How does he know my full name?
She shook her head and tucked the phone back into her pocket. She
was out of time.

“Idiot,” Solomon muttered, staring out the window several hours
later. He’d almost called Lucy a half-dozen times since lunch, only to slide
his phone back into his pocket. He wanted to try and explain what he’d meant
when he said he’d protect her, but even after several hours’ thought, he still
had no idea what had made him promise her she would be safe.

He strode to the opposite side of his tower. The view here was no
better. Clouds and fog obscured the mountains to the north. “Too late now to
take the words back,” he said, smoothing a hand over the stone that formed the
side of his tower. “You will only confuse her more if you try.” And he didn’t
want her to be afraid. He sighed as he watched the wind strengthen beyond the
glass, swirling the white into random patterns. Not for the first time he
questioned his wisdom in moving his Stronghold to the top of Mt. Washington
several years ago. He’d wanted a better vantage point to keep track of his
territory, and preserving the fragile ecology of the mountain had helped him
make his decision, but the dreadful weather was a definite drawback. “Not that
it matters,” he murmured.

He looked out into the white, angry with himself for calling her
at all.
I should have kept to myself. Isn’t that why you built your tower
here? Away from everyone?
He’d constructed it near the original observatory
on the summit. Researchers still worked there, but on his terms and with his
support. He’d shut down the cog railway except for one month in the summer,
when he allowed tourists to visit. The rest of the year, solitude was his only
company.

“Which is exactly what you wanted,” he reminded himself. He didn’t
like people intruding when he needed to work. He was the Sentries’ scientist,
their computer programmer and engineer all in one. Their ability to defend the
world from the alien Spiders largely rested on his shoulders through the
technology he created.

He trailed his fingers along the stone as he circled the
glass-enclosed tower. The fog had rolled in from the west very quickly after
the clear skies of this morning. He leaned against the stone, still thinking
about Lucy. He wondered what she’d think of his living quarters. He’d brought
her here once, several months ago, but she’d slept the entire time as her body
replenished the energy it had taken to heal the damage the Spiders had caused.

In the Shadow of the American Dream by David Wojnarowicz
All I Ever Need Is You by Andre, Bella
The Bohemian Connection by Susan Dunlap
Forgotten Memories (SWAT: Top Cops Book 4) by Laura Scott
Undeniably Yours by Becky Wade
TheVisit FC Bonus Scene
Shadowman by Erin Kellison
Dollmaker by J. Robert Janes
Claiming Her (Renegades & Outlaws) by Kris Kennedy
Family Practice by Charlene Weir
Our partner