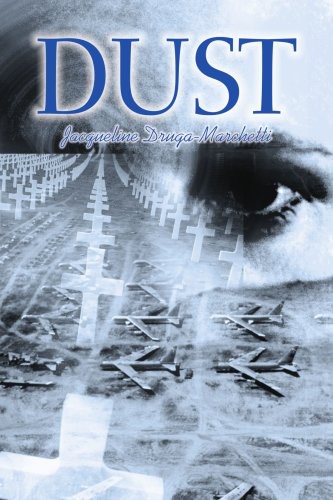 This is a work of fiction. Names, characters, places and incidents are either the product of the author’s imagination or are used fictitiously, and any resemblance to any person or persons, living or dead, events or locales is entirely coincidental.

For caring, sharing and showing so much interest. For also being a tremendous sense of support. With all my love, I dedicate this story to my son, Drew.

Like the tides roll in, the sun rises, without a doubt, we will all turn to dust.

It all turned to dust. Without a second to comprehend the reality of it, the world exploded. Earth and all its inhabitants did not literally evaporate from existence, but the way of life for mankind did. How long ago it occurred will forever be a question impossible to answer. Because no matter how much time passes, it will always seem like it transpired yesterday. When it happened is not important. It just ... happened.

In my own right, I was a complete contradiction. Of all the people I knew, I was the most prepared, but the least ready. Some would say that I had been laying the preparation groundwork for over twenty years. I made it my obsession. Gaining all the knowledge I could, then trying to impress others with it—in the eyes of my peers—made me some sort of apocalyptic genius. It wasn’t that I had achieved a level of superior intellect when it came to surviving; it was that I practiced what I preached. I put things into motion even if it was just as a precautionary measure. I carefully laid out detailed plans for my friends that reiterated what everyone would do, where they would go, and what course of action would be taken following a nuclear strike or any type of apocalyptic threat. We would be the new civilization. Many times I was labeled completely insane. However, my core friends always labeled me, ‘the place to go’. I was Joanna Reed-Collins, the woman who had all the means to survive. Rations, water, stockpiled necessities, and a corner-made bomb shelter were all right there in the basement of her home. I knew they saw me as a safe haven. I was coroneted some sort of ‘Post-War Moses’ who would lead them from the ashes when it all turned to dust.

Seventeen months prior, Israel made a bold offensive move and crossed their borders in an act of war. Nothing new. The Mid East was always a ‘hot’ spot for conflict. This chimed my attention bell, but didn’t send warning flags hailing. Even in retrospect, the Israel initiative wasn’t enough. But that was the last ‘big’ thing to have happened. There was no global confrontation. No clash of super powers. No declaration of World War Three. Nothing. It was the ultimate metaphor of the parental excuse, ‘Because I said so’. No rhyme or reason. It just ... happened.

Simon Reed was a little old man trapped in a toddler body. The extremely short three-year old, with a paper-thin frame, had enough energy at times to power a city. His mischievous smile was wider than his face, and his wiry blonde hair always stood on end. There was something about my nephew Simon that reached inside of me. He had this keen ability whenever I looked at him, to grab hold of my soul and make me scream from inside, ‘God, I love this kid’.

Babysitting Simon was not something I did often, nor for any extended period of time. But he was with me that day. A Tuesday in May, my windows were open and the warm, bright sun called for Simon to go outside. Aside from the fact that it was still early, the ground was muddy from a weeklong battle with thunderstorms. Simon was housebound.

He hit me a million times with that purple dinosaur he always carried with him. His way to get my attention, and to get me back in the living room to watch the movie he loved so much. A movie I instantly replayed as soon as it ended. From my experience with my own two children, I learned a child’s favorite movie was the parent’s great escape. That day was no exception.

Around ten in the morning, the phone began to ring, and it didn’t stop. One call after another in an annoying fashion made for continuous noise. Stopping just before the machine would pick up, then ring again. Answering the phone was not an option, for I was in the middle of an impending victory. Simon was halfway up the staircase in his first venture to the bathroom alone.

“Almost there, Simon.” I stood at the bottom of the steps.

Dinosaur dangling in his hand, Simon turned to look at me. “Ten more steps, Aunt Jo?”

“No, only six. You can do it. Go on. I’m right here.” Breathing out, I turned my head to the right and caught a glimpse of myself in the hallway mirror. I looked absolutely haggard. My shoulder length dark-blonde hair was straggly and messy. The slight coat of make-up on my thin face, completely wiped out. Why did I even bother getting myself fixed up? The truth was, I had been Simonized in less than an hour. “Come on, you can do it,” I beckoned.

Another two steps and Simon stopped again. The barter in him took over. “Then can I go out and play?”

“If you go up there by yourself, yes. We’ll sit on the porch.”

“Only three now. Go on.” My eyes shifted from watching Simon to the phone. It still rang. Perhaps it was my obsession in getting Simon up those stairs, but after several minutes of continuous ringing, it dawned on me that the call might be important. I ruled out the possibility that it was the grade school calling about my daughter Matty, after one attempt the school would have tried an alternative contact. Nor was it about my son, Davy. In typical fifteen year-old fashion he was home from school suffering from a case of fake-itis and was fast asleep on the couch. How he managed to slumber through Simon’s racket, I don’t know.

Finally, Simon made it to the top. He dropped his drawers as he turned the bend. Seeing that as my sign, I made my way to the phone. After glancing at the caller-box and recognizing the number as my friend, Mona’s, I lifted the receiver. “Hello.”

A rush of static rang out. I pulled the phone slightly from my ear. “Hello?”

“Jo.” Mona’s voice was barely coming through. Knowing she was in Tulsa on business was my immediate blame for the bad connection. “Jo—are—watch ...”

“Jo.” Her words broke up like a bad transistor-radio broadcast. “Jo—watching—the news?”

“Watch—the—news.” A few blurbs of words fizzed in and out.

“Mo? Hey, your cell is really bad.” I cringed at the sound that mimicked crinkling wrapping paper. “You want me to call you back?”

Instinctively I yanked the receiver away from my ear, and when I brought it back, the line was dead. “Mo?”

There was something eerie about the happy children’s song that played loudly in the living room, in the after-feel of that phone call. Hanging up the phone, I went immediately to the television and shut off the movie. I obviously performed some sort of dastardly deed, because Simon screamed upstairs. I heard him race down the steps.

Searching out a news channel was not a problem. One click of the remote brought me the sight of a news anchorman. The sound was bad, and the picture jumped and distorted as if I didn’t have cable. I crouched down to fix the set.

“Just a second, Simon.” I changed the channel, the flipping picture did not improve, but the sound did.

“What the hell is the matter with my TV?”

“On solid basis.” The news anchorman held his earpiece as he spoke barely looking at the camera. “OK. Yes. It is confirmed.”

“Just give me a minute. Then I’ll put it back on.”

My attention was no longer drawn from the television. It was caught. Right there, I lost my balance. “Oh, my God.”

“On American soil. Experts believe that ...”

“Oh my God.” I pulled Simon to me, and turned up the television. “Davy, Davy, wake up. Wake up now.”

“Are not out of danger. You are urged, until this immediate threat has passed to stay indoors.”

Heart thumping from my chest, I hollered. “Davy, get up something is happening.”

Davy looked confused when he sprang up. “What? What’s wrong?”

Finally I stood with weakened legs. Simon argued with me, babbling something about the movie. I didn’t hear him. The blood rushed to my ears in the confusion of the moment. “America’s under attack, Dave.”

“Nuclear. At least nine places were hit. They aren’t saying ...”

There it was. Oddly enough the sound of it brought a silence to the room. A dead stop to us all. The single beep of the Emergency Broadcasting System.

There was a rush-to-move that pumped through my blood. I nearly threw Simon at my son, “Take him to the basement. “ I barked out fast.

“What?” Davy hadn’t even time to comprehend he was holding Simon.

“Take him to the basement now. That’s our warning. Now, Davy.”

Davy hesitated. “But, Mom, what about the basement windows. That’s my job, I have to cover the ... ”

“Your job is Simon. Take him down. Get him situated and turn off the intake valve to the water and gas. Got it.”

“Go!” My scream made him jolt. Davy headed in the direction of the kitchen where the basement door was located.

Davy looked back at me with a pleading glance. “Please, hurry, Mom,” he urged, then ran with Simon.

I needed to know they were safe and I needed to hear what was going on. The Emergency Broadcast system gave no time frame. Relying on my best knowledge, I had it figured that the shortest warning would give me seven minutes.

Seven minutes. Too much to do. Davy was in the basement and had accomplished at least the task of turning off the water intake valve. I heard the pipes squeak. The water and gas lines were part of a long list of duties I had dictated to be done prior to going into the shelter. A list of duties that would take no more than a few minutes to implement. I created that list, but in my heart and mind, I believed every preparatory action was made in vain. Never once believing the bombs would actually come. But they did and more were on the way. I had to get it together. I was failing. When did I forget it all? Suddenly I was an imbecile standing in my living room staring at the windows and doors, trying to remember if I leave them open or closed.

A Frozen Scoop of Murder: A Cozy Mystery (Caesars Creek Mystery Series Book 1) by Constance Barker
Wilder Family Halloween by Christina Dodd
Blood Cries Afar by Sean McGlynn
Sweet Thing by Renee Carlino
When He Cheatin' and You Still Love Him by Cachet
Here Be Dragons by Alan, Craig
Final Appeal by Joanne Fluke
The Victim by Kimberley Chambers
The Lair (The Margellos World Republic of Letters) by Manea, Norman
The Amish Bride of Ice Mountain by Kelly Long
Our partner