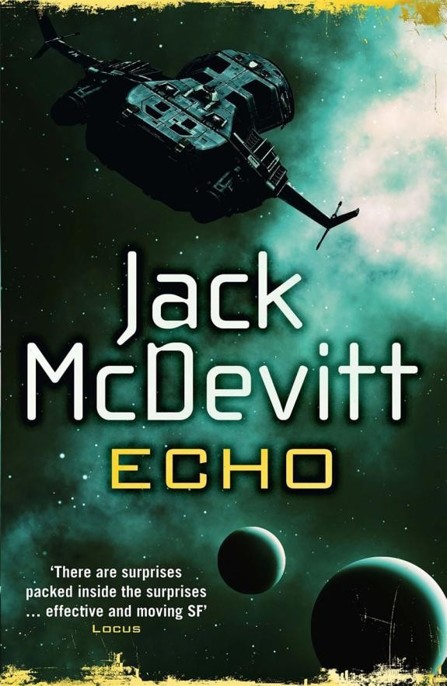 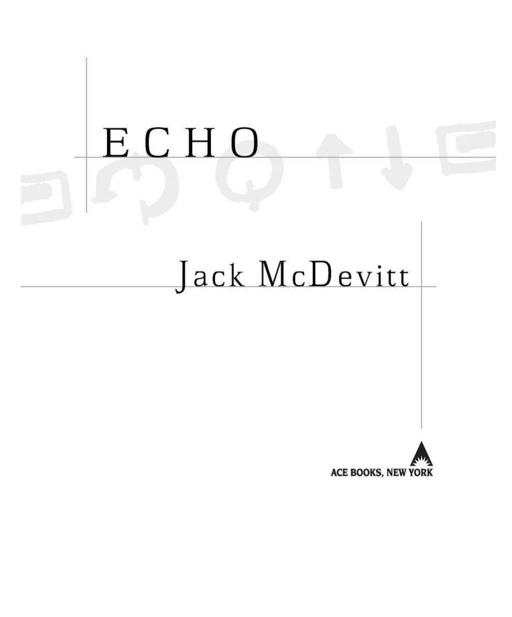 For Ron Peifer,
always the man of the hour
ACKNOWLEDGMENTS
I’m indebted for advice and technical assistance to David DeGraff of Alfred University, Walter Cuirle of the U.S. House of Representatives Page School, and Michael Fossel, author of
Cells, Aging, and Human Disease
. Thanks also to Ralph Vicinanza, for his continuing support. To Sara and Bob Schwager, for their suggestions. To my editor, Ginjer Buchanan. And to my wife, Maureen, who has to read the early version.

Lost in the wind was the last dying echo of who we were.

—JOSHUA KILBRIDE,
DOWNSTREAM
PROLOGUE
LATE WINTER, 1403, RIMWAY CALENDAR
Somerset Tuttle’s AI announced that Rachel had arrived.
“Do you wish to admit her, sir?”
“Of course, Jeremy. Tell her I’ll be right there.”
Rachel had been upset when she called. That was utterly out of character for her. Sunset, she’d said, verging on tears—he loved being addressed by the nickname, intended by his rivals as a commentary on his career, but which nevertheless had an adventurous ring—I have to see you. No. Tonight. Please. Whatever you’re doing. No, I don’t want to tell you over the circuit. Are you alone? Well, get rid of them. You won’t be sorry.
When he’d suggested they meet over dinner, she’d all but come apart.
“Now, Sunset. Please.”
He liked Rachel. She said what she thought, she had a good sense of humor, she was smart, and she was beautiful. Soft brown hair and penetrating blue eyes and a smile that lit up his life. He enjoyed having her with him when he attended social functions because she was inevitably the most beautiful creature in the room. The nitwits who thought he was crazy because he’d invested a lifetime trying to determine who else might be out there—the most important question of the age—could only watch enviously as he escorted her through the crowd.
She worked for World’s End Tours, where she took people sightseeing among the stars. And over on your right is Anderson’s Black Hole. And straight ahead is the Crab Nebula. He smiled at the image and kept the smile in place to reassure Rachel that, whatever was bothering her, it would be all right.
His great hope was that one day he would introduce her to someone not born of human stock, someone other than the idiot Mutes, of course, who’d been around so long it was hard to think of them as alien. That they would sit down over lunch with a true Other, fill the wineglasses, and talk about purpose, design, and God. That was what mattered.
Tuttle had been looking for over a century, sometimes with colleagues, more often alone. He’d examined literally hundreds of terrestrial worlds, places with running water and bright sunlight and soft winds. Most had been devoid even of a blade of grass or a trilobite. A few possessed forests and creatures that scampered through them, and seas teeming with life. But they were rare.
Nowhere had he seen something that might have been able to appreciate who he was and where he came from. Something that, on occasion, might have looked at the stars.
He didn’t look forward to Rachel’s upcoming hysterics. He couldn’t imagine what it might be that had rattled a woman he’d considered, until this moment, unflappable. But he didn’t want to get involved with what was clearly a sticky personal situation. It sounded like a problem with her boyfriend, but surely she wouldn’t bring that to
him
. What then? Trouble at work? That had to be it. Maybe she’d gotten caught in some sort of compromising situation with one of the passengers. That was prohibited, for reasons he’d never understood.
She’d needed fifteen minutes to get there, a stretch of time that had seemed endless. Now she stood in the open doorway, staring at him with red-rimmed eyes. Sunset straightened his shirt and opened his arms to her. “My dear, come in. What’s wrong?”
The door and entryway were glass, and the snow-covered grounds behind her gleamed in the sunlight. Rachel’s sculpted features were frozen. The animation that fueled her loveliness was gone.
“Sunset.” It was all she seemed able to manage.
She was wrapped in a light jacket, too delicate for the weather. He took her by the shoulders and started to embrace her, but she pulled away. “Rachel, it’s good to have you back. Come in and sit down. Can I get you something?”
She shook her head, holding back tears.
He led her into the sitting room. “Can I get you a drink?”
“Oh, yes, please.” She collapsed into a chair while he got her favorite liqueur, Margo’s carousel, out of the cabinet. He poured two glasses, walked back, and handed her one. She’d taken off the jacket, and he was surprised to see that she was wearing her uniform. It was dark blue, and a captain’s silver stars rested on her shoulders. But the collar had been pulled open.
“Now what seems to be the problem?”
“Sunset,” she said, her voice barely more than a whisper, “I need help.”
She’d been gone three weeks. He hadn’t expected her back for another few days.
“Of course, love. What can I do?”
She looked up at a mural of the Milky Way, which dominated the west wall. She stared at it, sighed, shook her head, wiped away a tear. Then she picked up the glass and took a sip. Her eyes went back to the mural. “You’ve been looking your entire life, haven’t you?” she asked.
“Yes, I suppose so. I got hooked when my father took me out on one of his missions.”
“He never found anything, either.”
“No. Rachel, nobody
ever
finds anything. Except Melony Brown.” Melony had come unexpectedly upon the Ashiyyur, the Mutes, centuries ago, while she was measuring solar temperature ranges. She was the lady for whom the river had been named. “Did something happen on the tour?”
ADS
15.4Mb size Format: txt, pdf, ePub

Alrededor de la luna by Julio Verne
A Soldier's Christmas by Lexi Buchanan
No Holding Back by Dresden, Amanda
The Twelve-Month Mistress by Kate Walker
My Next Step by Dave Liniger
Fort Larned by Randy D. Smith
Birds Of West County Jail: Interracial Group Lesbian Erotica by Bebe Lix
The Night Walk Men by Jason McIntyre
The Red And The Green by Iris Murdoch
Black & Ugly by T. Styles
Our partner