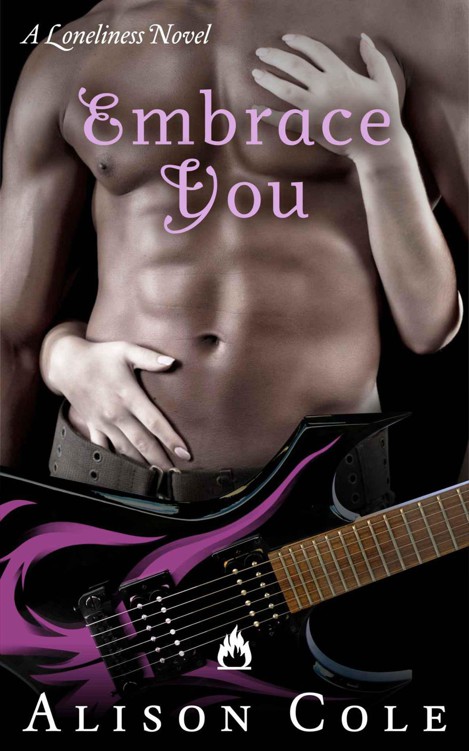 This book is a work of fiction. References to real people, events, establishments, organizations, or locations are intended only to provide a sense of authenticity, and are used fictitiously. All other characters, and all incidents and dialogue, are drawn from the author's imagination and are not to be construed as real.
No part of this document may be reproduced or transmitted in any form, either by electronic or mechanical means including information storage and retrieval systems without the prior written permission of the publisher. The only exception is for a reviewer who may quote brief passages in the review. This publication is presented to you for informational purposes only and is not a substitution for any professional advice.
Table of Contents

A
fter Gemma McCullough crashed a stolen car through the front of our old studio on High Street, our band, The Lonely Lovers, has been forced to find a suitable place to rebuild and start anew. In the crash we lost nearly everything we had accomplished so far. Fresh off a successful U.S. tour, we were working on our second studio album, and the first one that would be released internationally. The Lonely Lovers were nearly at the top of the world of rock and roll. But Gemma has ruined that. Our second album is but a pile of rubble, along with our instruments and the history that resided in little old High Street Studio. Now Tim, Linny, Laslow, Marcus and I are in the parking lot observing the wreckage and a local estate rag to find a new home for the band.

"Guys, I don't know how long it'll take for the police to find her, so I want to find a studio that's with a bit more security than we had on High Street. I'm checking out several possibilities and hope to have some word soon. I'm most impressed by this studio that's located in an old business complex not far from High Street," Tim slaps the rag in his hand. "It's out of the way, the parking lot is enclosed by brick fencing and an electronic gate, and it has a pair of cameras on the exterior. I called Nigel about it, he tells me that the Stones used to record there. It goes without saying that, if this had happened while any of us were inside..." Tim's eyes flick to my rounded, pregnant belly.

I shiver in reaction. Marcus scoots closer to me and pulls me next to him, comforting me.

"They have a description of the car she has and what her ugly mug looks like. They'll catch up to her soon," says Marcus.

"Right, well let's all get home and rest - it's been a long day for everyone. I'll check with the estate agent tonight to see if this studio is available for lease," Tim says.

We bid each other farewell and part ways. Marcus and I ride in his little black Audi back to his flat. We still haven't coordinated the move to his place. The incident with Gemma has set back not only the band's schedule, but everyone's personal lives as well. Once we arrive at his flat, I call my landlady and give her notice that I will be relocating within 30 days. Marcus and I spend a quiet night in front of the telly, eating frozen meals and trying to forget the day.

The next morning, I'm cooking breakfast when I get a call from Linny. We have received the first good news since the accident - Gemma has been found and arrested. An officer patrolling not too far from High Street spotted the stolen car in an alley and radioed it in. Within minutes, detectives responded and directed a manhunt that resulted in her arrest a mere two kilometers away in an abandoned warehouse. Linny also informs us that we need to be present at the police station since we were witnesses to the incident. He tells us to ask for Detective Wallace. I pass on the news to Marcus and hop in the shower. By the time I finish drying off, Marcus already has breakfast finished and plated for us. I'm a bit nervous about the whole ordeal and end up eating very little.

Marcus and I drive there as quickly as possible. We pull up to the massive, three-story precinct. We hurry through the main entrance behind an officer and his unruly detainee. An expansive, bland lobby is the first room we encounter. The yellowing walls are only broken by an occasional bulletin board and several off-shooting hallways that lead officers to their departments and criminals to their inevitable fates. The far wall is a bulletproof partition with half a dozen officers chatting on phones and barking at restless citizens. This, we figure, is the reception desk. Between the front door and the reception desk is about fifty old green chairs bolted to the floor. Some of the people sitting in these chairs are law-abiding citizens waiting on word about an unfortunate friend or family member. Others
are
the unfortunate ones, flanked by cops, their hands cuffed together and their legs cuffed to those of the chairs'.

We make our way to the bulletproof glass and tell an unoccupied officer that we are there upon request of Detective Wallace. Before the officer can pick up the phone, Linny and Tim sneak up behind us with a detective - presumably Wallace - in tow.

"Johanna, Marcus, this is Detective Wallace. He is in charge of our case. Laslow is waiting for us in the viewing room," Linny says.

"Pleasure to meet you," says Detective Wallace. "Shall we?"

We follow the detective back to a viewing room, which looks small enough with just Laslow in it. We pile in, shoulder to shoulder, and face the glass separating us from the interrogation room. Gemma is still being interviewed when we get there. Another detective, whom Detective Wallace informs us is his partner, sits across a metal table from her. He is in the process of questioning why she is in denial when they've found her fingerprints all over the stolen car.

Giving up on squeezing out a confession, Wallace's partner quietly leaves the interrogation room and slides into the viewing room within seconds. Now Tim He tells them about her stunts during concerts and our response in firing her. Then, he tells the officer about her attempt to try to get into the group and his refusal to allow her back in.

The officer's jaw drops and he points at us.

"You're that group! You're that alternative rock band, the...uh...The Lovely Loners! Gemma, the woman we arrested, she's the one who flashed the audience last year. I remember 'at"

Tim and I give strained smiles. "We're The Lonely Lovers, actually, but you're right and that's her. She was probably just pissed that we refused to allow her back. We're still looking for a new studio, one that's a bit...safer. Officer, she has to stay behind bars because we don't know what she'll pull next time if she's released," Tim says.

The detective assures us that there is enough evidence to put Gemma behind bars and that he will stay in touch with us. We leave the station a bit relieved and ready to move on with our lives.

Marcus and I begin settling into our new married life and approaching parenthood. As we had planned, I give my landlady 30 days' notice and we get my move done with little fanfare. The most difficulty we have is in deciding what needs to be tossed into the rubbish bin, what has to be sold, and what will go with me. I'm limited to loading and taping boxes while the rest of the guys and my family do all the heavy work. In Marcus' flat, we've already decided what's going to go where, so it's actually pretty easy once we get everything upstairs.

I continue to see my midwife, Gwen Rochester, every month. She's a short, round lady of forty years with gray-flecked, curly locks of auburn that sink to her shoulders. Her brown eyes flick and flutter as she weighs me and measures my growing belly. At my next midwife visit, she smiles as she goes over our progress.

"You and your little one are moving along normally. She - or he - is developing perfectly, so far, with a normal weight. Do you feel the kicking yet?" Gwen asks.

"If, by 'kicking,' you mean that gentle, butterfly-like ticking on my insides, then yes! It feels so...odd, but I love it!"

Gwen laughs. "Enjoy that butterfly feeling while it lasts! Before long, your little one will be walloping you!"

My eyes widen. "Walloping? As in kicking hard?"

"Just don't engage in anything too vigorous. Enjoy yourselves before the little one makes his or her presence into the world!" says Gwen with a mischievous twinkle in her eyes.

I glance at him with a look of exhaustion. I hope I can just get the move over with, let alone make love. Movement is a little trickier these days, now that my middle is expanding so much. Still, I giggle at Marcus' excited face.

"As you progress further into your pregnancy, expect to feel those 'practice' contractions. They aren't the real thing. Your uterus is contracting, literally in practice for the real event," Gwen reminds me.

"Braxton-Hicks. I've been reading about them. Not sure I'm looking forward to them, actually," I say.

"D'you know how you can tell the difference? The contractions are irregular and they don't become any more intense than how they started. If you're not sure, time them. Call me if they become regular and get harder," she instructs.

"Got that," Marcus says. His face now grows even more serious as he contemplates childbirth.

After the appointment with Gwen, we head back to Marcus' flat and eat a quiet supper. I know Marcus' mind is spent on the childbirth as much as mine, which is to say quite a lot. After doing the dishes, Marcus sits on the couch next to me and asks if I'm scared about the whole ordeal.

"Not scared as much as just wondering. How intense can labor really be? And, will I ever see my feet again?" I respond, trying to make light of the otherwise serious situation.

Marcus begins laughing uproariously. "Yes, you will see your feet again. In the meantime, I don't mind tying your shoes for you."

I laugh with him, which stirs up the butterfly tickles in my belly. "Oh, hon, see if you can feel that!" I grab Marcus' hand and position it over the ticklish spot.

Marcus concentrates for several long seconds, but he feels nothing. "I don't think it's strong enough for me to feel it. From what Gwen was saying, we'll be able to feel the pummeling in a few weeks."