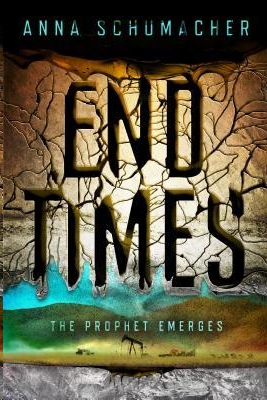 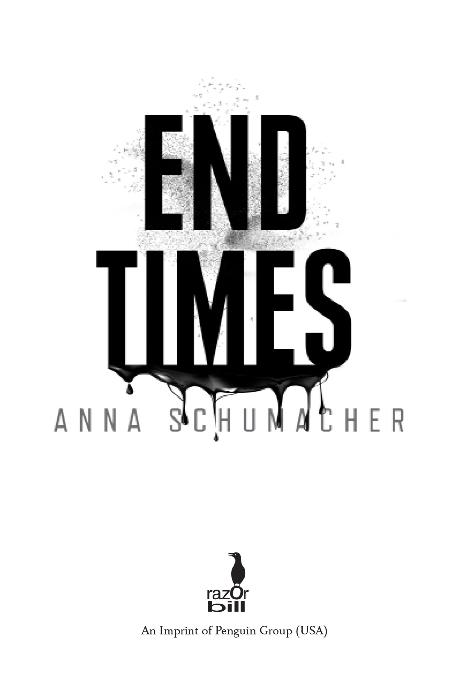 Summary: When life in Detroit becomes too hard to bear, Daphne flees to her Uncle Floyd’s home in Carbon County, Wyoming, but instead of solace she finds tumult as the townsfolk declare that the End Times are here, and she may be the only person who can read the signs and know the truth.

DAPHNE’S mother clutched her husband’s hand, which was blue and waxy under the hospital lights. Tears ran down her cheeks, carving sooty mascara canals in skin as dingy and haggard as the cracked linoleum and seasick-green walls in the intensive care unit.

“Are you proud of yourself?” Her hair stood out in frizzy, white-streaked lightning rods from her head, as if electrified by the dark mania in her eyes. “You killed him.”

Daphne didn’t answer. She just stared at the slack line on the life-support machine, listened to the empty space that had been filled with her stepfather’s raspy, uneven breathing just moments before.

It was over. He was gone. There would be no more sleepless nights spent smothered by the close, dark air of her tiny room in their dingy Detroit apartment, bracing herself with every footstep behind the door. He would never come to her bed again, demanding something she wasn’t willing to give. She was safe—and no matter what her mother said, the world was a better place without guys like Jim in it.

A sob ripped through Myra’s body. She had been pretty once, back when Daphne was little and her real father was still alive. But years of bickering with Jim, working extra jobs to supplement his meager unemployment income, and glaring at Daphne had left deep lines in her face and turned her hair dull and gray. It was hard to see any remnants at all of the woman who had once seemed made of laughter and sunshine.

“Come back!” she wept into his neck. Her back quaked, shoulder blades cutting sharp wings in the cheap polyester of her dress.

Action had always been easier for Daphne than words. She took her mother by the arms and gently pulled her off the bed, hoping her touch would be comforting. But it had the opposite effect.

“You beast!” Myra screamed, clawing at her with ragged fingernails. Daphne felt her cheek tear open and the sting of suddenly exposed blood before she was able to grasp her mother’s hands, holding them tightly in the air between them.

The accusation seemed to tire her. She sank into an orange plastic chair and resumed her high-pitched wailing.

The words stung more than the cut on her cheek, but Daphne kept her face placid, a mask. She’d learned long ago it was easier that way. “Mom, I don’t know why you can’t believe me. The cops, the lawyers . . . they all did. It was in self-defense.”

Myra rocked back and forth, tears leaking from her eyes. “It’s a pack of lies.”

They’d been over the argument so many times it felt like a well-worn path through a thorny wood, a path that went in circles and never came out into the sun. But Daphne tried again anyway. Because some part of her didn’t want to give up hope that her mom would someday believe her.

“They found his fingerprints on the knife handle. He was going to use it on me.”

A cloud passed over Myra’s face. She looked up at her daughter almost trustingly, as if Daphne were the parent and she the child. Her brittle lips opened in an empty O, and the frigid rage Daphne had carried in her chest since That Night—and practically since Jim had come into their lives—threatened to melt as her mother’s eyes searched hers. Maybe this time the path would come out on the other side, into the sunlit warmth she remembered from her childhood.

But the O flattened out to a hard, mean line, and the bitter glare returned to Myra’s eyes.

“Why should I trust you?” she spat. “Making up those lies about Jim, weaving your nasty little spells on him, trying to come between us. And now you have. Forever. Are you happy now?”

Daphne looked at Jim’s cold face, his eyes staring out into a new world that only he could see. She looked at her mother, shivering like a Chihuahua in the sickly hospital lighting. Finally, her eyes met her own reflection in the glass partition between Jim’s room and the hallway. Long dark hair struggled to escape her ponytail, falling in messy strands around the sharp lines of her face: cheekbones two angry slashes, chin set in perpetual defiance. Fury simmered in her amber eyes. She’d hoped that maybe, just maybe, the rage would abate with Jim’s death, but it was stronger than ever. Even as a corpse, he had her mother on his side.

“You never were,” her mother sighed. She took a deep, ragged breath. “I wish you’d just leave. When I look at you, all I see is a killer.”

A glacier of hurt expanded in Daphne’s chest. “I am leaving,” she said.

“I’m going to stay at Uncle Floyd’s place in Wyoming for a while,” Daphne said. “To give you time to grieve.”

“Wait—you’re what?” Myra’s head snapped up.

She knew better than to tell her mother the real reason: that lately she’d felt a pull as strong as gravity toward her father’s side of the family in Carbon County. It woke her in the middle of the night with an ache in her stomach that felt stronger than longing—almost like homesickness. It was more than just the desire to escape: Something in her body was drawing her there and telling her she had to go as soon as possible.

She couldn’t explain why. She hadn’t been to Wyoming since she was a child, and even though she remembered liking her aunt Karen’s lasagna and her cousin Janie’s antics, the way the sky rolled endlessly over the mountains and how Uncle Floyd knew the name of every animal, plant, and tree, she hadn’t thought about it much since. Not until that night with Jim and the knife, when it had lodged in her mind like a tumor. It had been growing ever since.

The Gods Look Down by Trevor Hoyle
Romeo's Ex by Lisa Fiedler
Falling in Love by Dusty Miller
Cloudland by Lisa Gorton
Bones of the Past (Arhel) by Holly Lisle
The Girls They Left Behind by Lilian Harry
Kings and Assassins by Lane Robins
A Daughter's Disgrace by Kitty Neale
1980: You Shook Me All Night Long (Love in the 80s #1) by Casey L. Bond
The Sourdough Wars by Smith, Julie
Our partner