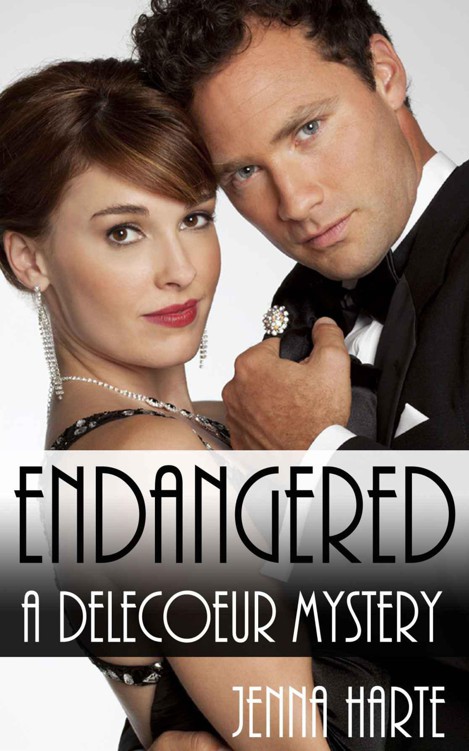 All
rights reserved. No part of this book may be used or reproduced in any manner
whatsoever without written permission of the author or Moxie Vie except in the
case of brief quotations embodied in critical articles or reviews.

This
book is a work of fiction. The names, characters, places and incidents are
product of the writer's imagination or have been used fictitiously and are not
to be construed as real. Any resemblance to persons, living or dead, actual
events, locale or organizations is entirely coincidental.

Acknowledgments:
I'd like to thank the Stef girls especially beta readers Tammy and Sarah for
supporting my writing. A big thank you to Rachel Young for believing that I
could write something others might want to read. Thanks to my writing group for
enduring mushy romantic dialogue and sex scenes, and helping me tweak the book.
Finally, thank you to my husband and children for being my cheerleaders!

To
contact Jenna or learn more about other books and upcoming releases visit
JennaHarte.com
.

Excerpt from Deadly Valentine, A
Valentine Mystery Book One

About Jenna Harte and Upcoming Works

M
adeleine paced
impatiently in front her husband's desk as he looked over the ledgers of the Delecoeur
Wildlife Foundation.

She stopped abruptly when he looked up.
“Well?”

“You see it too? I didn’t miscalculate?”
She leaned over his desk to look at the books despite the impossibility of
reading them upside down.

“It’s not noticeable at first, but as
far as I can tell money is missing.”

“How can that be?” It was bad enough to
feel violated by the embezzlement of funds, but once the news got out, it would
damage the reputation of the foundation. Her heart broke at the thought of the
animals that wouldn't get the care and protection they deserved.

Max closed the ledger and rose from his
chair. “There’s really only one explanation,” he said as he sat on the end of
his desk, took her hand and pulled her to him.

“Alan?” she said referring to the
foundation's treasurer.

“What lousy timing,” she said.

“Because of your conference?”

He drew her closer and as always it gave
her strength. “It’s clear that money is missing, but we don’t know why or how."

“But even you think its Alan.”

“Yes, but we’ve only just discovered it.
I don’t think anyone at the conference will know. And since I can’t go with you
tomorrow, I’ll arrange for one of the company accountants to look over the
books and then I'll talk with Alan.”

“I can’t ask you do to that,” Madeleine
said.

“You didn’t. I volunteered.”

She knew it would be a waste of time to
argue. Max was as invested in the foundation as she was. He'd want to know what
was going on and put a stop to it as much as she did.

“I’m a lucky girl.” She ran her hands up
his chest. “How shall I ever repay you?”

“I can think of at least one way,” he
said waggling his eyebrows.

“Hmm, let me guess.” She leaned in
pressing her lips against his and as always his kiss curled her toes.

“That’s a start.” He continued to hold
her close. “What do you have for the rest of the day?"

Madeleine gave him a knowing smile. Was
he considering a little love in the afternoon? It wouldn't the first time
they'd used his desk for something other than work. "I have an article I
need to finish up and my editor called and asked for some changes on the Kenya
piece."

"Are you packed for tomorrow?”

“I’m sorry I can’t go with you. At least
not tomorrow. I might be able to make it up on Thursday.”

She pushed a piece of jet black hair
peppered with silver away from his brow and looked into his brilliant blue eyes.
“I’m sorry you can’t go too, but it’s only three days. Besides, you know what
they say about absence making the heart grow fonder.”

“My heart doesn’t need absence to be
fond of you beyond reason.” His hands slid up and down her back, each stroke
pulling her a little bit closer.

“I think you better take that,”
Madeleine said.

Max kept one arm around her to keep her
from escaping. With his other hand he pressed the intercom. “Yes Marie?”

“There is a Ms. Julia Devlin here. She
doesn’t have an appointment, but insists that you’ll see her.”

“Really?” Surprise shone in his eyes.

"I can tell her to make an
appointment.”

“Max.” Madeleine chastised. “You can’t
do that. Let her in.”

He grinned. “Well if you insist.”

"Don't say it. We don't really want
to reveal our ages do we?"

He laughed. “Madeleine, this is Julia
Devlin. Julia this is my wife Madeleine.”

"It's wonderful to meet you. I've
heard so much about you," Madeleine said shaking Julia’s hand.

"Yes, I understand you and Max had
a few teenage adventures."

"Ah yes, a few," Julia
admitted with an unabashed glance to Max. Madeleine didn't miss the look of
pleasure on Julia’s face that she had warranted mention by Max. She hadn't been
forgotten after all.

"What are you doing here?" Max
asked.

"Last I heard from you, you wanted
to get as far away from California as you could."

"He passed away last year."

"That's okay. That's why I decided
to come back. That and my son lives here."

“Yes, Chas Newcomb. You may have run into
him. He works in high tech.”

“Oh, well I’m sure you will. He’s got
quite a head for business and technology. Just like you.”

“Why don’t you two come to dinner?”
Julia asked placing a hand on Max’s arm and shaking her full head of faux
blonde curls.

Madeleine smiled inwardly. How many
other women had she seen touch and flaunt in front of Max? Like she did with the
other former girlfriends she’d met over the years, Madeleine studied Julia. She
was aging well although she overdid it with the make-up, which gave her a shiny
appearance.

“Well, Madeleine and I-”

“That would be lovely,” Madeleine
interrupted.

Max looked to Madeleine, his eyes
conveying the message that he had other plans for the night. Madeleine simply
smiled.

Understanding crossed Max’s face. “What
time and where?”

“How about seven? Let me write the
address down.” She leaned over Max's desk to write. Madeleine didn’t miss the
seductive stance Julia displayed for Max.

“I thought we would be alone tonight,”
he whispered oblivious to Julia's assets.

“We will. After dinner.”

“Here it is,” Julia said handing the
paper to Max. “I’m on the beach, although I may move. I thought the beach would
be soothing. Who knew the ocean could be so loud?”

“Whew.” Madeleine said as she plopped
herself on the bed at home.

“Tough day?” Max asked. He sat on the
end of the bed pulling one of her feet to his lap and massaging it.

“I forgot how exhausting preparing for
conferences can be.” She closed her eyes and let Max’s skilled hands caress the
fatigue away.

“You’ll be terrific,” he said.

Oscar, their medium-sized dog of unknown
breed jumped up on the bed. Madeleine pulled him to her.

“True, but I’m sure others will be
equally impressed.”

“How about Julia, will she be
impressed?”

“Oh! Did you hear what he said?” she
asked Oscar. The dog gave a short bark as if he were equally as offended.
Turning back to Max she said. “I've met many of your former girlfriends, and I
have to say, Julia doesn’t seem your type.”

He laughed. “That’s about right. You
have to remember when I dated her I was a teenager. My requirements
were…ah...different.”

“Hmmm I bet. I guess she was
well-endowed even then.”

“That she was,” he said with a dreamy
smile on his face.

“Sorry." He grinned and of course
she forgave him. "Actually,” he said massaging her other foot, “I met
Julia when I was eight years old. She was a friend first. We helped each other
through some tough times. She wasn’t a foster kids like me, but her home life
was still tough. The romance came later mostly because we spent so much time
together. And hormones.”

“She wouldn’t be someone I’d pursue
now,” he stated letting his hand caress her toned calf.

“That’s good to know. Perhaps you should
let her know. I have a feeling she wouldn’t mind a reunion.”

Her relationship with Max had all sorts
of nuances. One she particularly enjoyed was the playful banter they exchanged.
It was fun and very much a turn on.

“Well she was my first. Women sometimes
put a lot of stock in that.”

“I knew when I met you that you’d had a
first and a second … what number am I anyway?”

He leaned over, covering her body with
his. “Number one.”

“Good answer,” she said as she looped
her arms around his neck.

He responded with a kiss. It started out
light and playful just like their banter, but then he took it deeper.

“Time to go Oscar,” he said as he gently
pushed the dog off the bed.

Turning back to Madeleine, he traced her
lips with his tongue until her lips parted and she let him in. With long, slow
sweeps he explored her mouth. His hand slid under her blouse to caress her skin
and her body softened beneath him.