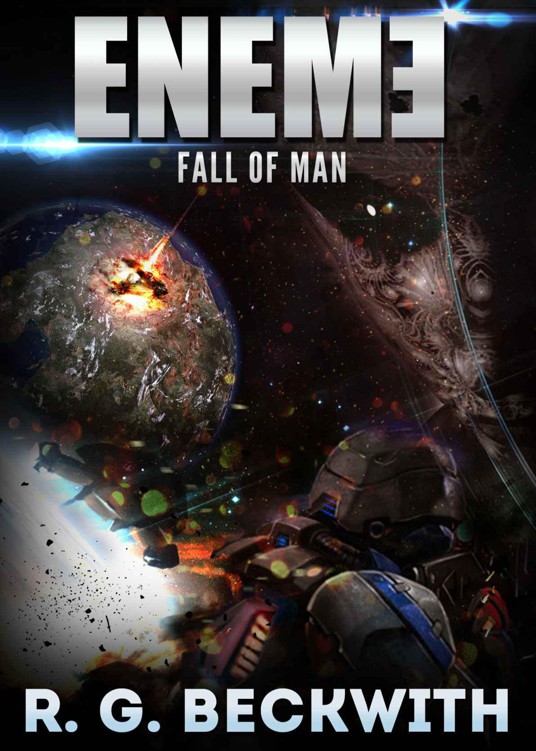 Chapter 13 – The Tenachai Are Coming

Chapter 14 – The Beginning of the End

Chapter 18 – Elvis and Other Surprises

Chapter 20 – Block the Signal and Resist

There he is. Face cold, unmoving. Eyes closed. Not looking, not staring, but if they were open, they still wouldn’t hold any spark of the man he was. He looked waxy. Stiff. Dead. Dead as it gets. Alexander Bradley, aged 78, poet, drunk, lecher, embarrassment. My father. Lying there with his arms crossed over his chest, surrounded by polished oak and brass, in a suit I’m sure I never saw him wear and that he could never have afforded in life. His white moustache perfectly trimmed, hair slicked back, gaunt, thin sunken cheeks and the same harsh, angled features I’d inherited through genetics.

I’m Jace Bradley, son, LAPD detective, dying for a smoke. It’s no secret that my father and I didn’t talk-- kinda hard to do that when he spent the last seven years of his life locked up in the looney bin.

I know it sounds harsh, but so was growing up without seeing your womanizing drunk of a father for years at a time, so hold your judgment will ya?

I look at my old man and can’t believe that he finally did himself in, especially the way he did. I would have had my money on booze, suicide, cancer, even a bar fight, but not, of all things, his appendix.

The past aside, I can’t help but feel a tinge of pity, imagining his final hours. Apparently his appendix burst in the middle of the night, leaving him writhing in the floor in terrible pain, crawling toward the door for help, but passing out. The doctors said that the blood poisoning would have killed him, even if he hadn’t smashed his mirror and tried to cut the source of the pain out himself.

And then I remember his life, and I can’t say that that the lack of dignity and warning of the whole situation could be any surprise at all.

It’s hard to feel too much sympathy; after all, I did grow up the abandoned son of the famous poet, enrolling in the police academy straight out of high school, taking the responsible route, working my way up to detective in just three years. The white sheep of the family, so-to-speak.

“I can understand having to stare at him so long. You spent so little time with him, you probably didn’t recognize him” said a bitter, sarcastic voice behind me. “Heh, you probably weren’t even sure if you were at the right funeral.”

“Save your high and mighty shit for another day, Max.” I manage to hiss quietly enough under my breath that I’m sure it caught no one’s attention. “This is not the place.”

I turned and saw the full vision of my brother. A stereotypical Hollywood douche bag. Christ, he looks like Don Johnson from Miami Vice. Unlike me, he was the pride of the old man. Same shitty childhood, but somehow it inspired him to become a famous screenwriter. The old man loved it. Especially when he adapted one of the old man’s poems into an indie film. When it won a couple of awards and started getting a lot of attention, the two became more like long lost pals, Pop suddenly embracing his son with open arms, never mind that he barely acknowledged us for the first 20 years of our lives.

“Right, put off anything uncomfortable until the other person forgets about it, right?” replied Max. “Just lived in your shadow, frightened of looking at the ugliness that is your own shortcomings…you could’ve shown him a bit more that you cared, if you did.”

“Seriously. Fuck. Off.” I said, loud enough that I’m sure others could hear. “Keep your wanna-be hipster, new-age judgemental bullshit to yourself. I live in the real world.”

Ok, maybe I shouldn’t have said that, but then again, I really didn’t care if other people knew what I thought of my brother, in fact I am more comfortable with people knowing exactly what I think of him and that I see through his bullshit.

Whether or not I should have said it, it worked. Max looked around and noticed a number of awkward stares, people who had heard our exchange and didn’t know how to react. A number of others were purposely looking away, trying to look like they weren’t looking, making it even more obvious that they were.

Max looked back at me, glaring and slinking back to his seat with his wife of the week. This one was Asian.

As I walked back to my seat I caught a couple sly grins directed at me, as if to say “Way ta go, man!” I barely knew the people grinning at me, but my brother’s fame and success had made him the target of a lot of people’s jealousy. They wished bad on him simply because he was known. One thing that I could honestly say that my brother didn’t deserve was the ire of these near strangers. They had no right to have a problem with him; I’m the one who knows what a fake bastard he is.

People knew about the creativity and fame of the family. The writing and the movies, but they didn’t know about the last seven years. It was one of the few times that I was a very active part in my father’s life. I’m the one who had him committed. He showed up to a rare family gathering, in one of those periods when we were all trying to make amends and be a normal family. He was drunk, and likely high on something. He was babbling and screaming incoherently, trying to convince us all that aliens were real, going on about conspiracies and that they were already living among us or something. We took him to the hospital that night and by the next morning, after a long and heated debate, Max conceded and we committed him to an asylum. I visited once or twice.

Finally, the pastor came out and began the proceedings. Talking about the fame of my father’s work and how he contributed to the lives of people all over the world. My brother took the podium afterward, delivering a touching eulogy.

“My father was a not only a man, but a great man. His words touched the lives of thousands, maybe millions of people. It is people like my father who bring dreams to life and help inspire the common man to strive to bring his own dreams to life… when he visited the set of “Nothing Grows Here,” the award winning movie that I made, based on his poem, “Wilted Stems,” he hugged me and said “You did good, kid. I’m glad I made you.” And that’s the kind of man my father was, a man who could use the simplest words to express the deepest emotions of the soul. The…the…world is poorer for not having him here! I…I miss you, Dad!”

And then he broke down sobbing. New Asian wife consoled him. He smothered his face somewhere between her shoulder and her too-large-for-her-frame-to-be-real breasts, generously revealed by her low cut, deep-V black dress with lace trim.

He recovered and continued with the conclusion of his speech around the same time I silently slipped out the door and lit up a smoke. Max and the rest could take it from here. I came to pay my respects and that’s what I did.

I worked my way through L.A. traffic, took a quick detour through a drive-thru liquor store, then made my way back to my over-priced, under-maintained and crumbling apartment where I spent the rest of the day with a bottle of gin until I passed out on my couch in front of the TV.

I bolted upright in the wee hours of the morning, startled with searing pain at my side. I touched it, and immediately recoiled, as if the mere contact of skin on skin doubled the intense stabbing sensation I was experiencing in my left side.

My mind immediately settled on the memory on my father in his final hours, trying to cut his appendix front his own body.

“Oh my God, my appendix is going to bust!” I thought to myself.

I panicked, suddenly very concerned about suffering a similar fate as my father. I shifted, planning to get up and scramble to the phone and call for an ambulance, and something moved under my skin. I froze. Was I dreaming? Had I gone crazy? Was my imagination getting carried away with me? A lump moved under my skin, pushing outward from the inside, at least two inches. Nope, not crazy. The movement was accompanied by intense, searing pain that left me cringing and immobilized, groaning desperately.

Then, one razor sharp talon punctured me. Outward. From the inside. I couldn’t comprehend what I was seeing, silently frozen in fear.  Think I went into shock, as the talon tore a four inch opening down my side. Moments later a bloody yellow mass burst out of me, birthing itself through the new opening it had just created. It was the general size and shape of a newborn baby, with the same pudgy round head, but much thinner and bonier, yet wrinkly, body. It had long bony legs and arms, with long talons on each finger. The face had both very small and shrunken nose and mouth, and large black bulging eyes with tight, thin yellow eyelids.

The creature that had just burst forth from my innards turned, looked at me, and in a raspy voice said “Hi, Jace!” The gleeful look on his face suddenly twisted into anger, he hissed and dug his talons deep into the skin and flesh of my stomach. Blood poured from my wounds as this being from my own body started to laugh evilly.

That’s when I noticed that I was suddenly no longer on my couch, but sitting nude on the slab in the morgue. My blood continued pouring, pooling on the stainless steel table and trickling to the floor.

Panicking, I woke screaming, covered in a cold sweat and clutching at my side. I looked around. I was in my crappy apartment on my crappy sweat-soaked couch. I looked at my side, brushing my hands over it. Nothing. Not even a hint of pain. No mark or tell-tale blood spray from the experience I had just had. It was a dream.

Maybe I was going crazy.

The Alexandru Chronicles: The Beginning by Julienne Holmes
Out of the Waters by David Drake
You've Got to Read This by Ron Hansen
The Sinister Signpost by Franklin W. Dixon
Through The Storm by Margot Bish
SLOW - The Story of Signy and Aden, #1 by West, Julianna
Afterimage by Helen Humphreys
Still Star-Crossed by Melinda Taub
The Day Aberystwyth Stood Still by Pryce, Malcolm
Whispers Under Ground (Rivers of London 3) by Aaronovitch, Ben
Our partner