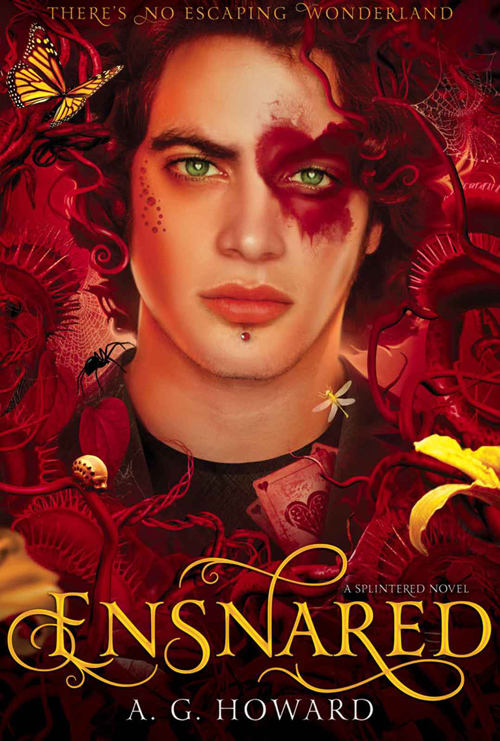 PUBLISHER’S NOTE: This is a work of fiction. Names, characters, places, and incidents are either the product of the author’s imagination or are used fictitiously, and any resemblance to actual persons, living or dead, business establishments, events, or locales is entirely coincidental.

Published in 2015 by Amulet Books, an imprint of ABRAMS. All rights reserved. No portion of this book may be reproduced, stored in a retrieval system, or transmitted in any form or by any means, mechanical, electronic, photocopying, recording, or otherwise, without written permission from the publisher. Amulet Books and Amulet Paperbacks are registered trademarks of Harry N. Abrams, Inc.

Amulet Books are available at special discounts when purchased in quantity for premiums and promotions as well as fundraising or educational use. Special editions can also be created to specification. For details, contact [email protected] or the address below.

To Mom:
I miss you. Thank you for giving me the courage to fly high and catch my dreams, and for being the wind beneath my wings.

It’s a poor sort of memory that only works backwards
.
—Lewis Carroll,
Through the Looking-Glass
,
and What Alice Found There

I once thought memories were something better left behind . . . frozen pockets of time you could revisit for sentimental value, but more of an indulgence than a necessity. That was before I realized memories could be the key to moving forward, to recovering the fate and future of everyone you love and treasure most in the world.

I stand outside the glossy red door of a private chamber on the memory train.
Thomas Gardner
is engraved on the removable nameplate inserted inside the brackets.

“An unnecessary formality, since he’s here in the flesh,” the conductor—a carpeted beetle close to my size—said when I first requested the nameplate. I shot him an angry glare, then insisted he do as I ask.

I almost followed him into the room when we first arrived. He was so shaky, even before we had landed in London.

Who wouldn’t be? Shrunk to the size of a bug, flying across the ocean on the back of a monarch. I can still taste the residue of salty air. At dawn, when Dad started to accept we were actually riding on butterflies, we slipped through a hole in the foundation of a giant iron bridge and landed beside a rusted toy train in an underground tunnel. The fact that we were small enough to step into the train made Dad’s eyes so wide, I thought they’d pop out of his head.

I want to protect him, but he’s not weak. I won’t treat him like he is. Not anymore.

He was nine—just two years older than Alice had been—when he wandered into Wonderland and was trapped by a spidery grave keeper, yet somehow he survived. Better he face that memory alone. Otherwise, he might try to protect me. And I don’t need protection any more than he does.

It took me losing my mind to gain my perspective. If that’s what it takes for my dad, too, so be it.

My fingertip trembles as I trace the letters:
T-h-o-m-a-s
. Dad will find out his real name today, not the one given him by Mom. All the revelations, all the monstrosities he lived as a child, those
experiences will lead us to AnyElsewhere—the looking-glass world where Wonderland’s exiles are banished. A dome of iron covers it, holding them prisoner and warping their magic somehow, should they use it while inside. Red and White knights keep watch over AnyElsewhere’s two gateways.

My own two knights, Jeb and Morpheus, are trapped there. A month has passed since they were swallowed up. I want to believe they’re still alive.

And then there’s Mom, stranded in a crumbling Wonderland, hostage to the same spiteful spider creature who once held Dad in her webby thrall. The rabbit hole, the portal into the nether-realm, has been destroyed at my hand. AnyElsewhere is the only way inside now.

We’re on a rescue mission, and Dad’s memory is the key to it all.

I drag my muddy feet along the red and black tiled floor, headed toward the passenger car’s front. My muscles ache from riding a monarch for twenty-four hours. It would’ve taken much longer had we not been picked up by a storm and lifted several thousand feet in the air, covering hundreds of miles in mere minutes—a mad ride my Dad and I won’t soon forget.

My hair drapes my shoulders in a wild snarl of platinum blond, limp from rain. The tangles are fitting, since that’s how I feel inside: chaotic, yet drained. The netherling half of my heart swells to break free of the human emotions ensnared around it. There will be no respite until I’ve found my loved ones and made things right in Wonderland.