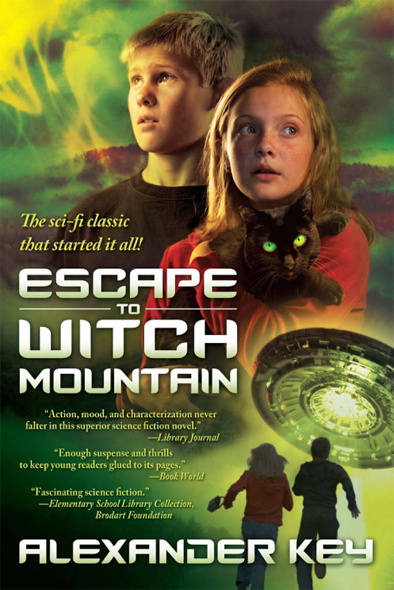 “Fantasy, science fiction, mystery, adventure—the story is all of these, with enough suspense and thrills to keep young readers glued to its pages from first to last.”

“A tantalizing and perceptive…book for boys and girls.” 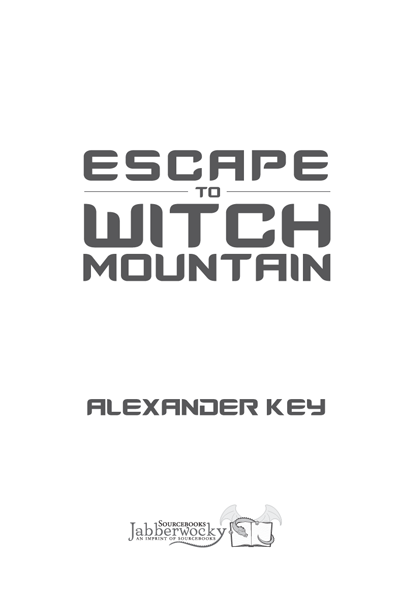 Library of Congress Cataloging-in-Publication Data is on file with the publisher.

To All Orphans, Of All Worlds 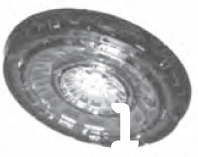 T
ony, carrying their bags, followed his sister, Tia, and the welfare worker down the tenement steps to the sidewalk. While the welfare worker unlocked her car, Tony looked unhappily around at the ugly world of South Water Street, knowing he was seeing it for the last time. He and Tia had never loved it—it wasn't the world they belonged to—but at least it had been home.

For a moment, as he stood there, he wondered again about the world they had come from, and if they would ever find it. In what direction it lay, or how one got there, he hadn't the slightest idea.

“Maybe,” Tia had once said, “all we have to do is climb a certain stairway, or go around a strange corner—and there it'll be.”

“Why not?” she'd insisted. “We know the
kind
of place it is. It's full of magic and music—for that's the
only
kind of place we could have come from. So why wouldn't we have to find it sort of magically?”

Maybe it didn't exactly make sense, the way Tia had put it, but he was sure of one thing. Considering how unlike other people they were, it was the only kind of world they could have come from—so it
must
be somewhere.

The welfare worker said irritably, “We haven't got all day. Put your things in the car.”

“To Hackett House, of course.”

“Well, for the past ten years, they've been living with this old woman they called their grandmother—a Mrs. Nellie Malone. She was struck by a taxi yesterday and died. The children have been using her name, but we've discovered they are just unknown orphans Mrs. Malone took in.”

“I see.” Mrs. Grindley glanced at Tia, whose thin elfin face was pinched with misery, then at Tony, who stood half a head taller. “Have you any idea what your real name is, or where you came from?”

The questions had become the most important ones in Tony's life, but at the moment he could only look at her bleakly and give a mumbled “No, ma'am.” The shock of losing Granny Malone was still with him. She was the only person who cared for Tia and himself, and the hurt went deep.

“Very well,” Mrs. Grindley said. “Now, I want it understood that we have strict rules here—much stricter than in most juvenile homes. You will find them posted in the main hall. Read them carefully. If you disobey them, or cause any trouble, you will be punished. You might even be sent to a correctional institution. Is that clear?”

Mrs. Grindley frowned at Tia. “Answer when you're spoken to.”

Miss Trask raised her eyebrows. “I'm surprised to hear that. The investigating officer didn't mention it. Weren't you two whispering together on the way over here?”

“It was my voice you heard, not Tia's,” Tony said. “They'll tell you about her when you check at our school.” He thought it wiser not to mention that Tia
could
talk, at least to him, though it wasn't the sort of speech that anyone else could hear. The world, he had learned, didn't like people who were different, and the less others
knew about the two of them, the better. Even Granny Malone hadn't known very much.

“We'll let the doctor worry about her,” said Mrs. Grindley. Shrugging, she looked at the welfare woman. “Did you search them, Miss Trask?”

“I looked only at the things that were packed. They've nothing they're not allowed to have, unless it's on their persons.”

Tony stood in front of her. The matron's big hands went swiftly through his clothing. She missed nothing, not even the three ten-dollar bills he had taken from his billfold and pinned in the waistband of his trousers for greater safety. She seemed disappointed that the search produced nothing more deadly than a harmonica, a tiny doll carved from a finger-sized bit of wood, and a small pocketknife.

“Knives,” she said, not unkindly, “are strictly forbidden here.” She prodded the doll, which had jointed legs and feet. “What are you doing with this thing?”

She grunted and thrust everything back at him except the knife and the three ten-dollar bills. “You may keep the small change, but I'd better lock up the tens, or they'll be stolen from you. Where did you get so much money?”

“Tell me a better one. School's hardly out for the summer. You haven't had time to earn anything.”

“I've been doing odd jobs after school for several years.” He could have told her it was to help pay for his clothes and Tia's, for Granny's pension had been stretched to the limit. “Would you like the names and telephone numbers of the people I worked for?”

“On South Water Street? Don't bother.” Mrs. Grindley's worldweary eyes went to Tia, and fastened on the box dangling by its strap from Tia's small wrist. It was a curious box with rounded corners, made of a dark leather that had been beautifully tooled. On either side, done in gold leaf, was a striking design in the form of a double star, with each star having eight points. Mrs. Grindley pulled the box from Tia's wrist, pawed through its contents, then closed it and sat frowning at it.

“Miss Trask, did you ever see anything like this?”

The welfare worker shook her head. “The thing's a work of art. I've been wondering how this girl acquired it.”

“I can guess,” the matron said dryly.

Tia's pointed chin trembled. Tony fought down his temper. You couldn't argue with authority, especially when it had already made up its mind about you. “The star box is rightfully Tia's,” he managed to say quietly. “She's had it all her life. Please give it back. She needs it to carry her notebook and pencils in—without them she can't write answers to people.”

The matron shrugged and tossed the box to Tia. “If you want to keep it here, you'd better put it in your locker at night.”

The star box, which had always attracted some attention, was to take them away from Hackett House in time. But in the beginning it was almost their undoing.

The day after their arrival it was snatched from Tia as she was leaving the dining room, and done so cleverly that no one saw it happen. Only Tony was able to hear her cry, and he raced into the main hall in time to glimpse the snatcher, a small frightened youth half his size, vanishing up the stairway that led to the boys' dormitory.
When he reached the dormitory the star box had changed hands, and Tony found himself facing the dormitory leader, a big fellow the others called Truck.

It was immediately evident that the box had been taken at Truck's order. No matter what happened, Truck would have to be deposed.

Tony felt a cold prickling as he realized the corner he was in. Last night up here, just before lights out, Truck had confronted him, saying, “All new guys gotta divvy up their dough. That's my rule. And no ratting to old Grindstone; anybody rats, I cut my initials on 'em with this.” Truck had produced a thin, sharpened piece of steel—a homemade dagger known as a shiv—and thrust the point of it against Tony's chest.

Last night, with the point of the shiv bringing a spot of blood to his shirt, and Mrs. Grindley's warning against fighting still ringing in his ears, he had submitted to the indignity of being robbed. But today it was different. The star box was the only clue he and Tia had to the strange world of their past. To lose it was unthinkable. Nor could he expect any help from Mrs. Grindley or her staff—by the time he could get help, he knew the box would be gone and every boy here would deny having seen it.

Truck swung the box tauntingly in his face. “Looking for something, Pretty Boy?”

With a movement too swift for any of the watching eyes to follow, Tony caught up the box and tossed it under a cot for safety. Then, evading a vicious kick and a jab, he went grimly to work, using every trick he knew.

Tony's tricks included most of the old ones, plus a few odd ones of his own, for he had been forced into many fights before the incredulous gangs of his neighborhood had learned to avoid him. But he was not yet adept at taking a sharp weapon away from a
suddenly frenzied opponent the size of Truck. A pillow he snatched up for protection was quickly slashed, and he received two bad cuts before he was able to send the shiv flying mysteriously across the room. After that it was easy. The gaping group of boys in the dormitory saw Truck whirled about and slammed into the wall with a sound that was heard all over the building. Truck was still lying there, dazed, when Mrs. Grindley charged into the room.

Tony was spattered with blood and feathers. He felt a little sick. Fighting was distasteful enough, but it was all the more hateful because it drew attention to himself. Now he chilled as he saw the implacable face of the matron.

He expected to be punished. That alone did not worry him—but suppose he was separated from Tia and sent away to reform school? How could poor Tia ever manage alone? It was a frightening thought.

Winter's Edge by Anne Stuart
Nightmare Fuel: The Ultimate Collection of Short Horror Tales by Wesley Thomas
Code Orange by Caroline M. Cooney
Liaison by Anya Howard
Crystal Jake: The Complete EDEN Series Box Set by Georgia le Carre
Under the Distant Sky by Al Lacy
Created By by Richard Matheson
To Kill a Tsar by Andrew Williams
The Dead of Summer by Mari Jungstedt
An Amateur Corpse by Simon Brett
Our partner