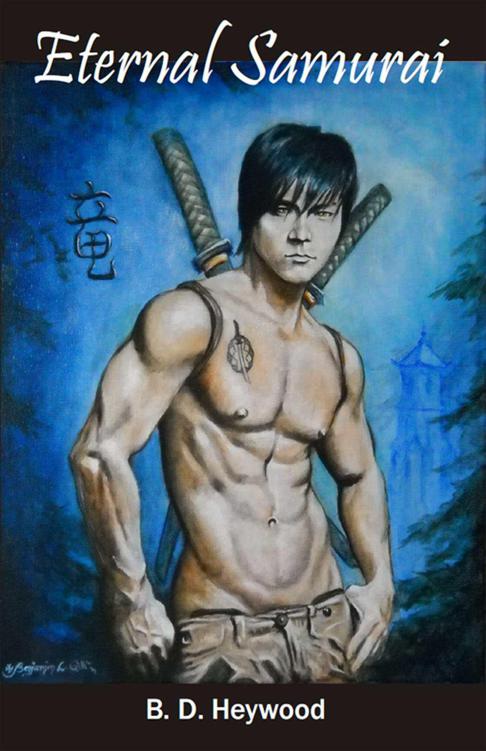 This novel is a work of fiction. Names, characters, institutions, places, historical events and incidents either are the products of the author’s imagination or are used fictionally. Any resemblance to actual persons, living or dead, or locales or events is purely coincidental.

Warning: This book contains sexually explicit scenes, violence and adult language that may be considered offensive to some readers. This book is for sale to adults only as defined by the laws of the country in which you made your purchase,

All rights reserved under International Copyright Convention. No part of this book may be reproduced or used in any form or by any means, electronic or mechanical, including recording, photocopying or by any information storage and retrieval system without permission in writing. Inquiries should be addressed to:

To all who have suffered hatred, abuse and intolerance because you are true to yourself.

You are brave beyond words.

Your spirit will shine for all to see.

Jacob Shaver, my editor, who cut the dross from the metal to reveal the gold of the words shining beneath.

Kelly Wiggins who offered her patient and objective input that helped guide the story to its final, breathtaking version.

I
t was a day of treachery. Of blood and gore and death. Of men shouting in triumph or screaming in agony.

It was the day the humanity was ripped from Saito Arisada’s soul.

This was not Arisada’s first battle but it would be his last. He was Sōhei, one of Nipon’s elite Buddhist warrior monks. Today, he was destined to die beneath an enemy’s blade. He accepted that inescapable finality. In fact, he embraced it.

But he was incapable of accepting that the man Arisada loved more than life itself had betrayed him. Arisada’s young, beautiful soulmate had chosen greed and ambition over honor and loyalty.

Hatred consumed Arisada’s heart. Oh no, not for the soldiers that had come to slaughter them all. His heart burned with hate for his lover, Koji Nowaki.

At dawn, the massive wooden gates of Mii-dera burst inward under the assault of twenty-five-thousand screaming warriors. As the enemy swept into the temple grounds, Arisada received word of Nowaki’s treachery. Using subterfuge, the youth had guided the rescuing army up the wrong mountain path. Help could never arrive in time.

Oh, my koibito, my beloved, why?
Why had Nowaki, one of Mii-dera’s youngest yet most feared warriors, chosen such a dishonorable path? Yet, Arisada knew the reason—knew the name of the man who had seduced Nowaki over to the side of the enemy.

Unmanned by a mélange of anguish and fury, Arisada dropped to his knees with a strangled cry. Though blameless, Arisada chose to atone for being the traitor’s bedmate by committing
seppuku
, ritual suicide. He tore off his leather chest plate and pressed the razor-sharp edge of his
tanto
against his naked skin. Arisada took a single, final breath and steeled himself to drive the short knife into his belly.

The howls of the enemy, “
Shi wa Mii-dera
,” promising death to all, shattered Arisada’s single-minded purpose. His hand faltered, the knife skittering over his hipbone. Better to give his life defending his temple than waste it on his own blade. He sheathed the
tanto
, scrambled to his feet and tied on his armor. He pulled his razor-sharp
nodachi
from its sheath with a hiss. Brandishing the sword in one hand and his spear-like
naginata
in the other, he pelted to the front line.

Arisada would fight to save Mii-dera—fight with all his strength and skill, but not his heart. His heart was already dead. Fueled only by his anguish, he fought like a mad man. Fought and prayed. Begged all the Gods for the chance to find and kill his beautiful, green-eyed lover.

Surrounded by the death screams of the slaughtered, the triumphant howls of the enemy, Arisada wielded his weapons with maniacal force. He knew the thousand Mii-dera Sōhei had no chance against the massive army sent by the emperor of Nipon. Months ago, against all counsel, Mii-dera’s ambitious abbot had forged an alliance with Prince Mochihito, an imposter to the throne. What did the bastard Prince care that the oaths of Mii-dera’s warrior monks would bind them to a hopeless cause? The lust for power had ruled that day. Within weeks of the foolish agreement, the reigning emperor retaliated, dispatching his massive army to Mii-dera with orders to take the heads of every Sōhei within its walls.

The hours blurred one into the other. Arisada’s senses reeled from the din of battle, the clashing of weapons, the berserk howls of warriors, the shrieks of the maimed. Sweat and perhaps tears flowed into his eyes, clouding his vision. Fatigue weighted his limbs. A fire burned through muscle and sinew. Dust choked his lungs. He slipped and skidded on the treacherous footing beneath his heavy sandals. The world narrowed until all that existed was the face and body of the man before him.

Around him, fighters caught in battle frenzy trod on the severed limbs or entrails of the fallen. Men shrieked in agony or bloodrage, slipped and slithered on the gore-covered ground. The air turned fetid with the stench of blood and spilled entrails. The ground turned to mud from blood and piss. The filth coating them all made friend and foe indistinguishable. Yet, even with all their skill with spear and bow and sword, the Sōhei of Mii-dera had no chance. By dusk, only a handful of Mii-dera’s warrior monks remained alive.

Then Prince Mochihito fled, abandoning his men. Now, all was truly lost.

A triumphant roar swelled over the battlefield. Arisada peered through the choking dust to see Hayato, commander of the
yabusame
, the Emperor’s deadly mounted archers, gallop through the shattered gates. Hayato, powerful, ruthless—and Nowaki’s seducer.

Red hate drove all reason from Arisada. Screaming “Hayato,” he charged toward the maroon banner fluttering above the commander’s back. Blood streamed down Arisada’s sword and covered his arms as he cut a swath through the commander’s vanguard. Mere feet from Hayato, Arisada raised his
naginata
, prepared to hurl it toward that handsome, arrogant face.

A panic-driven horse slammed into Arisada, knocking him into the muck. A hoof glanced off his head. Stunned, he struggled to his feet. A sword bit into his thigh. He ignored the pain as without thought he slashed sideways at the shadow of an unseen foe. Heard with grim satisfaction the death gurgle of his attacker. But Hayato had vanished into the chaos of the battlefield.

An unexpected lull in the fighting allowed Arisada to call for his brethren. In a voice torn by raw desperation, he commanded those few to follow him. Exhausted, they staggered up the winding stone stairs into the walled Pure Land Garden at the rear of the monastery. This oasis would be a fitting site for their final act. They boarded up the gate, praying the makeshift reinforcement would hold. If caught alive, every Sōhei knew the Emperor would extract a terrible and dishonorable revenge on them all.

Outside the stone walls, wild cheers punctured the air accompanied by the sudden and distinct roar of flames. Huge gouts of smoke billowed thick and black into the sky.

“They have fired the temple,” Takanawa Ito moaned. His broken left arm hung useless. The young monk dropped to his knees. “Saito-sensei, grant me permission to take my own life.”

Arisada regarded the twenty-nine Sōhei—their armor and clothing torn, covered in filth and blood and gore, their faces gaunt with fatigue. Some, unable to stand, were supported only by their wounded fellows. But as one, they looked at him through proud, undefeated eyes.

His gaze, at once terrible and calm, allowed a small flash of pride at their unflinching bravery. The last of the Mii-dera Sōhei. The last of Arisada’s command.

“Life, death, they are the same,
neh
? As samurai, you accepted you were dead the moment this battle began. Now, it is for honor you must complete that journey. I give you all leave to take your lives by
seppuku.
” Arisada saluted them with his blood-drenched sword.

“I will be the
kaishakunin
for each of you. None will suffer a moment’s more agony than your
karma
requires.” He would take responsibility for
dakikubi,
the immediate decapitation of each warrior at the precise moment of disembowelment. Arisada would ensure each man died with honor.

Arisada ripped off his cowl, and bound it around the bone-deep gash that ran from knee to hip. Not that blood loss was his concern for soon he would be dead. But he needed to retain his strength just long enough to help his brothers into the next life.

“Saito-
senpai
, who will be your
kaishakunin
?” Takanawa’s shocked voice reflected the horror of them all. With no one left to decapitate him after he disembowel himself, Arisada would die in terrible agony. An ending neither swift nor honorable.

“My death will be long, as it must. Only this way can I atone for the shame of bedding the traitor and remove all dishonor from the house of Saito,” he replied.

Twenty-nine died beneath his blade. Takanawa was the first. The last was the youngest, a boy of thirteen. Without hesitation, the youth plunged his
tanto
into his exposed abdomen. His face twisted into a terrible rictus of agony. Still, he made no sound as he stretched his neck to accept the compassion delivered by Arisada’s hand. On that final blow, Arisada’s sword shattered in two.