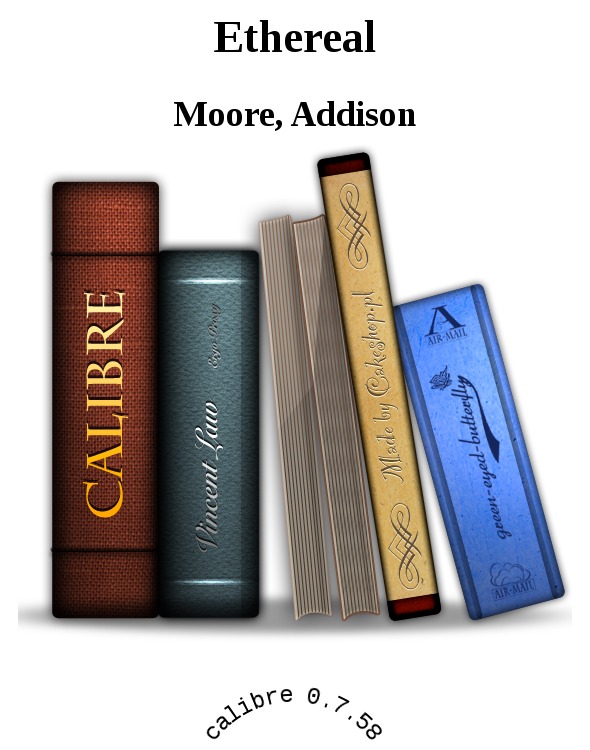 This novel is a work of fiction. Any resemblance to peoples either living or deceased is purely coincidental. Names, places and characters are figments of the author’s imagination. The author holds all rights to this work. It is illegal to reproduce this novel without written expressed consent from the author herself.

Falling in love is a lot like death. It chooses you. It decides the moment and the chain of events that will preclude the precise intersection of life in which it occurs. It uses you—treats you as though you were malleable in its warm pliable hands. It doesn’t bother to ask if you want it, or need it, just fills the gaping hole of destiny’s design.

Love. My world blooms with its beautiful never-ending ache. I would give all of my blood to my enemies to have it completely—if I knew it would satisfy them—if I could live without it. But I know the resolution. I know the end of the story before it ever begins. I must choose love. And for this, I will surely die.

It is that time in my life—a time for love and a time for death. Fate had intertwined the two, bereaved of any mercy. It is in the architecture of my being, the infrastructure. The pillars of my life had been established long ago—the blueprint written in my bloodlines.

A white stagnant cloud surrounds us—fog so thick it makes the world look ethereal—like a relic from some long forgotten place. Our car glides off the ferry, and my stepfather takes the keys from the porter.

Tad, my stepfather, hands him a crumpled bill in secret. Tad is the cheapest living creature on the face of the earth. I’m embarrassed to look at the porter so I begin with the business of climbing in the car.

“Skyla.” My mother pulls me back. “The girls go first.”

My sister Mia, and stepsister Melissa, both crawl into the third row of the Suburban. I’m stuck with Drake, per usual, my half brother who entertains himself with bodily functions and tries to get me in on the action. He’ll be a junior next month like me. My mother thought it was a sign that she and her then boyfriend had kids the same ages, plus two deceased spouses. I’m really happy for Mia since both she and Melissa are going into seventh grade together. Junior high in general is kind of scary, plus she’s off my back now. Before Melissa came into our lives, Mia was constantly bugging me and getting into my things, and now it’s like I don’t even exist. Drake on the other hand, I’m not so thankful for. I’m already aware that his presence will effortlessly degrade my social standing.

I push in my ear-buds and lean back for the ride.

Paragon Island is off the central coast of Washington. My mother made a list of odd facts about it and stuck it to the vanity just above my desk, which isn’t there anymore because everything I own has been shipped to our new residence somewhere on the west side of the island. I don’t remember the laundry list of ridiculous facts, just that it’s twenty-six miles in length, two high schools, two malls, complete with a load of freaks that specialize in the art of inbreeding. And by the use of deductive logic, some of those freaks will be my classmates—inmates for the next two years. OK, that last one wasn’t actually on the list, but factual nonetheless. Also, there’s the whole deal about east side, west side, which suggests to me I should be expecting musical gang fights, and lots of girls named Maria.

I already miss my old school—old life. Not that I was super popular or anything, but it was home and it was what I was used to. No one had any real expectations of me, and I was comfortable in my nonexistent clique of girls. I also miss my dad who died two years ago, whose death is the entire reason my universe disbanded. He was the gravity that kept my sanity aligned. Without him I am adrift, without a compass and without a home.

I wipe a lone fat tear off my face and force myself to take in the landscape—row after row of skeletal trees that stretch to the sky, fog-laden roads illuminated in black and white. Something about this feels right. This is how I imagined the world right after my dad died—lonely—one solid grey scene after the next in some muted old-time movie. L.A. was always sunny, always telling the wrong story, ending with miraculous sunsets that looked like they belonged in a fairytale. It was a murky grey reality that I craved. It’s like this place knows me. It knows me right through to my gossamer riddled heart.

“Is it always like this?” I pluck out an ear-bud to hear the response from my mother.

“The weather? Rains a lot too.” My mom beams her paper white teeth at me, her red hair fringes her face. She radiates a smile. I wish she could turn down the volume once in a while, but that would be like asking the sun to tone down its beams. Sometimes I hate how perky she is, like she doesn’t miss dad—like he never existed.

“Perfect.” I move my lips, don’t let my voice escape.

Tad points towards a long stretch of homes. These aren’t the run of the mill suburban streets that stamped out Los Angeles like a disorganized quilt. These houses sit on top of long narrow driveways, each on their own perch, nestled in a private forest of pine trees so thick you could hardly make out the structure of the home itself.

“Third one.” Tad says leaning over the steering wheel.

Now would be a great time for the airbag to deploy. I imagine his shocked expression as it explodes into his chest, knocks him backwards and breaks his neck. I could practically see the blood trickle from his nose.

My mouth drops open as we trail up the driveway. It looks massive compared to the beach bungalow we lived in back home. A wall of windows looks out at the street below, tall double doors with a twin fixed window inset in both—one of them broken. It takes a minute of absorbing the sheer mammoth size before I realize it’s nothing more than an overgrown cabin made of wood. Large fat beams run across the façade, reminding me of the Lincoln logs I used to play with in preschool.

We file out of the car, the fresh damp air hitting me in the face, fragrant with the scent of eucalyptus.

Drake emerges from the car picking at his nose, his eyes glued to the house in a daze.

I’m more than slightly mortified to be forcibly associated with him.

“Landon family?” A light female voice calls out from the fog at the bottom of the driveway.

A thin brunette with her hair pulled back in a ponytail wafts in and out of the fog like a ghost.

“Hi! I’m your neighbor.” She jerks her thumb at the house next door. “Brielle.” Her tiny hand jets out in my direction.

I go to shake it, but Drake sideswipes me. He over exaggerates a handshake, lets her know he’s a douche bag right from the beginning.

“Skyla Messenger.” I shove Drake aside with my shoulder and shake her hand like a human who actively participates in civilization. She reminds me of the army of Barbie’s I used to play with as a kid, same perfect features—bright blue eyes. Except for the hair. I’ve got the requisite golden blonde hair that you need to survive in L.A. If you’re a female and have access to a bottle of bleach you’re required to go bimbo by the time you hit sixteen. Lucky for me it grows out of my head this way, blonde, long waves. I don’t have a problem with frizz like my mother, so the fog and rain won’t really bother me.

“Come on.” Tad waves us up the stairs onto a large platform with a square picnic table sitting off to the side. A closed umbrella is spiked through the center, chalk full of spider webs and badly faded on one side.

“I’ll give you the tour.” Brielle offers, stepping in before me.

Tad and my mother head towards the back of the house. The girls take off upstairs and fill the hollowed out house with the echoes of their laughter.

I stop abruptly, stunned by the revelation.

“You mean you don’t know?” Brielle asks, as she takes me by the hand and pulls me up the stairs at a decent clip.

“Do I want to know?” The truth is I don’t want to know. I hate ghost stories by the campfire, and I don’t listen to the news. I can’t stand freaky things so I avoid them at all costs, that’s exactly why I maintain the ability to sleep at night.

We walk down a huge hallway with yellow stained walls and cobwebs in the corner. I watch as the ghostlike tendrils of spider webs long forgotten, give a gentle wave from the crevices of the tiny chandelier above.

Mia and Melissa have claimed their stake to the bedroom at the far end of the hall near a set of double doors, which I assume is the master. Drake is already gassing up the one just off the stairs, so I’m left with the middle room.

“Chloe’s room.” The words whisper from her lips.

“Chloe’s room.” I echo. An icy chill penetrates my bones. I look around at the dingy rectangle with bare walls and dark planked floors. A large bay window fills the center of the back wall. A small bench sits in its shadow. It’s romantic in a scary sort of way.

“So your friend. What did she die of?” I plunk down my backpack resigned to my new surroundings.

Brielle’s expression blanches out. Her sky blue eyes widen with surprise at my seemingly irresponsible oversight.

“She didn’t die of anything. She was murdered.”

It doesn’t take long before I talk my way out of unpacking duties, and ditch the haunted house for a so-called tour of Paragon Island piloted by Brielle.

The movers pull in just as we leave, relieving me of any guilt I might have felt.

“They never caught who did it.” Brielle pauses coming up for air. “Found her in a shallow grave near the base of Devil’s peak. It’s weird because we hang out at the overlook like every night.” She shakes her head. She’s got her leg up on the seat and steers the wheel with her knee for a good stretch of road. “She was right there at the bottom.” Her eyes glaze over and tears start to fall. I’m too busy focusing in on her breakdown to notice we’ve drifted lanes. A horn blares without ceasing, shaking us both back to reality. I grab a hold of the wheel and help maneuver us into the proper lane.

“Sorry.” She gives a hard blink. “Here.” She lifts a finger over at the bowling alley. “Let’s go here.”

Paragon Bowling Alley, the large neon sign blinks with all the fanfare of some D list joint off the Sunset Strip. It sits across the main thoroughfare, overlooking a jagged shoreline. The sun’s dismal glow illuminates our world from behind a mass of thick dark clouds.

Inside, the violent flicker of light attacks my vision—subtle as a funhouse. The room opens up into arcade heaven, literally this is the name painted on a plank right above the doorway. A smattering of teenagers, mostly Goth looking guys, hunch over the blinking mechanisms making hasty stride with every jerk of their hand.