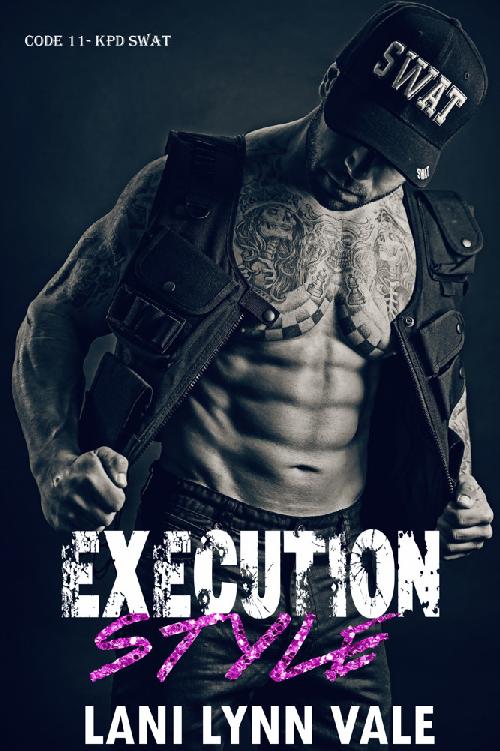 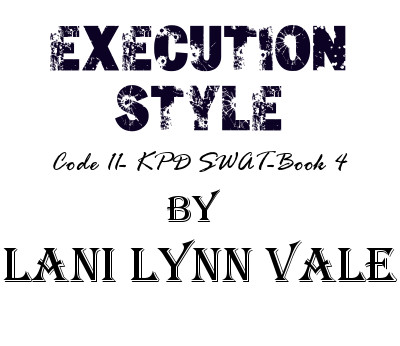 No part of this book may be reproduced in any form or by any electronic or mechanical means including information storage and retrieval systems, without permission in writing from the author.  The only exception is by a reviewer, who may quote short excerpts in a review.
This book is a work of fiction.  Names, characters, places, and incidents either are products of the author’s imagination or are used fictitiously.  Any resemblance to actual persons, living or dead, events, or locales is entirely coincidental.

To all the usual suspects. I love the hell out of you.

To my husband who doesn’t pick up his socks, always makes sure to put the toilet seat down, and takes my fish off the line for me…I love you more than infinity and beyond. And that’s A LOT!

To my babies that aren’t so babyish anymore, when you grow up, I hope these books don’t embarrass the hell out of you. I hope you realize that it was all for you.

To my readers…y’all are sofa king awesome.

FuriousFotog, you’re a genius behind that camera.

Asli, my editor. You really deserve a Mirror Ball…or at least a hug for all the work you do for me editing wise, as well as
all the simple advice you do hand out. Thank you so much for all that you do.

Other Titles by Lani Lynn Vale:

Another One Bites the Dust

Last Day of My Life

The Heroes of The Dixie Wardens MC

Lights To My Siren

Halligan To My Axe

Kevlar To My Vest

Keys To My Cuffs

Life To My Flight

Charge To My Line

Miller Spurlock might seem like a laid back man on the outside, but piss him off, or violate his trust, and he’ll show you the meaning of pain.

He was a Navy SEAL. He could kill a man a hundred different ways and not break a sweat.

He’s also a police officer and member of the SWAT team, which means he has the knowledge and skills to get away with it.

Rage boils in his gut when he witnesses what happens to the beautiful Mercy Shepherd during a SWAT op from hell that even his worst nightmare couldn’t conjure up. And it surprises the hell out of him when she wants him, and him only, to comfort her in the aftermath.

Miller becomes the one shining beacon of light at the bottom of Mercy’s pit of despair.

The one man that could pull her through the rough days ahead and make her whole again.

And during her road back to herself, she realizes that she’s got the one thing she ever wanted in life…a hero to call her own.

I wrote a song for you, I hope you like it. It’s called, I hope you die. Stick a thousand needles in your eye.

“Shoot him, goddammit! Motherfuckin’ shoot him!” I yelled desperately into my mic.

We all watched in horror as the man, who was holding the young woman up against the church’s glass doors, started to rape her.

The woman’s face was pressed up against the glass as she sobbed.

The man’s body was completely covered, except for one tiny portion of his head, and I knew, rationally, that the opening wasn’t large enough.

James had a single tiny window from his position at the top of the building across the street, and the glare from the sun off the front glass was enough to cause even the most experienced snipers trouble.

But, if anybody could do it, it was James.

The man was a savant with a rifle.

I just hoped he’d be able to make that shot, because there was no other entrance or exit into the building except for three tiny windows at the back that was lined with metal bars.

They could come off, but not without a lot of noise.

“I need a distraction. Get him to move two more inches and he’ll be done,” James’ cool voice said from the mic in my ear.

I moved, not even thinking.

I was moving forward and running towards the side of the building as fast as my legs would carry me.

James paused, but it was Downy who answered.

“Movement. Pop your head back around the side and let him see the movement. Maybe he’ll move to get a better look and allow James some more breathing room,” Downy murmured quietly.

I nodded and started to move, letting the top left half of my body pop into view and back out. “Hey!”

I saw his head snap around just as I disappeared back from sight.

Then a loud pop filled the air, followed by some glass shattering.

I moved, darting around the building to find the young woman on her knees, her pants down around her ankles as she sobbed uncontrollably.

I moved, stepping onto glass and debris until I was down on my knees beside her.

I moved forward, moving my arms around her to gather her stretchy pants at the waistband, pulling them up until they were covering her once again.

He was very much dead, too.

Half his head was now gone, and his life blood now filled the floor surrounding his body.

“G-g-gone?” She cried desperately, starting to turn back and look.

“No, honey. Don’t look. He’s not
looking too pretty,” I said honestly.

She shoved me away anyway and turned to look at the body on the floor before she reached back and let loose a vicious kick with her pointy toed boots into the dead man’s side.

I pulled her away from the body as men started to fill the room around us.

“Come back here,” I said, moving her out of the way.

She came willingly, my arms wrapped tightly around her waist.

I didn’t bother to ask if she was okay.

There was no way she could be.

Not when she’d just been raped on national television.

Try as we might, there was no way that it wasn’t caught on the multiple reporter’s cameras that witnessed the heinous act.

“Mercy Shepherd!” A distraught woman’s voice wailed from the front of the church.

The woman, Mercy the distraught woman had called her, turned to find an older woman with graying brown hair running up the steps to the church, but she was stopped by police before she could get much further than the third step.

She turned into me, shielding her face with my chest.

“I don’t want to see her right now,” she whispered frantically.

I pulled her with me into what looked to be an office, and shut the door until all that was left open was barely a crack.

She didn’t move away from me. Her lean body actually somewhat collapsed into mine. I caught her in time to prevent her from slamming into the cheap laminate floor at my feet.

“I knew him,” she whispered into my chest.

Her hands were clutching my shirt with a grip that could rival the Hulk’s, but I didn’t complain.

If anything, I was happy to offer my assistance.

The last hour had been a freakin’ nightmare, which was why I allowed her to cry in my arms. If it was a nightmare for me, it was a living hell for her.

We’d arrived on scene, after receiving a call from a distraught church goer, that a man had started beating his girlfriend for smiling at another man.

Once we were dispatched, we got call after call of witnesses saying that the woman was hurt really bad, and that the man now had a gun pointed at the woman’s head.

We arrived on scene less than ten minutes after the call was taken, just in time to see him reveal the woman’s lower half to an entire block of downtown Kilgore.

He’d then proceeded to finger her roughly, pinching her breasts, and pulling her hair, all the while he kept a gun trained at the back of her head.

They’d disappeared for a few moments as what churchgoers had described as a ‘come to Jesus.’

The men and women at the church couldn’t give any indication who the couple were, but it didn’t take John, one of the other members of the SWAT team who did all the computer work, to find out who he was.

Mitch Moose, a thirty year old accountant, brought the young woman back to the front window thirty minutes later where he proceeded to rape the woman in front of God and the entire population of Kilgore, Texas.

All the while we watched on, helpless, because every vital piece of his body was covered by hers.

Which led us to now: me holding a crying, distraught woman in my arms who’d just been raped.

I didn’t know what to say.

“Do you need me to get anyone for you?” I finally settled on.

She shook her head, her hair rubbing against my vest and tangling in the Velcro at the straps. “No.”

She didn’t try to untangle her hair, so I decided to leave it, not knowing if that was going to set her off if I tried to touch her face.

“We need to get you looked at,” I finally settled for.

She shook her head again. “I know every single man on the fire department. I don’t want them to see me like this.”

A chill went down my spine, and the names started adding up.

She shuddered in my arms before taking a deep breath and saying, “Yes.”

That’s about when I realized that I knew her.

She was a good friend of Downy’s woman.

Downy was another member of the SWAT team, and the man that allowed me to have his apartment when my brother, Foster, and I came to town.

His woman, Memphis, was the neighbor that used to live next door.

Memphis had met Mercy nearly a year ago, and had been volunteering at Mercy’s place, Second Chance, ever since.

I’d taken notice because of the things she started to do for the community; mainly, the members of the armed forces that came back from overseas and weren’t quite polite enough for a real job.

They used Second Chance as a plank where they’d transition back into society without actually having to
be
in society.

Not if they didn’t want to, anyway.

Second Chance was quickly becoming one of the most sought after businesses for construction and odd jobs in the community. Not only because they did good work, but because the community loved their heroes and would do anything to help support them for what they sacrificed.

And their leader…their tiny little boss… was just raped.

“What you do for those men… that’s a good thing. That’s a really good thing,” I said quietly.

Yes. Yes they were.

Every man in that place looked up to Mercy. They appreciated her kindness. Were happy that she gave them a chance, and they loved her. They were protective of her.

Hell, every man in the fucking county knew how they doted on her. Even the most scarred of men looked out for her.

And to know that what they saw as their reason for moving forward and moving on with life, had been raped, was going to set up a clusterfuck of mass proportions.

Good thing the fucker was dead.

‘Cause he would’ve been chopped to pieces, least needed body part at a time, if he weren’t.

“How about if I take you to the hospital?” I asked softly. “In my cruiser.”

I didn’t actually have ‘my cruiser’ with me, but I was fairly positive I could get one.