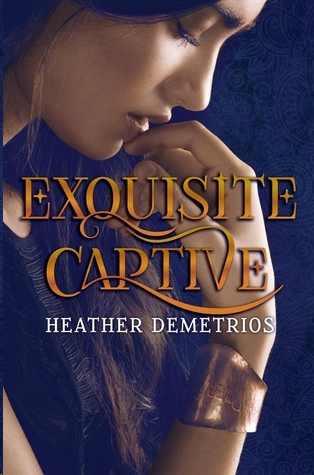 This is an advance reader’s e-proof made from digital files of the uncorrected proofs. Readers are reminded that changes may be made prior to publication, including to the type, design, layout, or content, that are not reflected in this e-proof, and that this e-pub may not reflect the final edition. Any material to be quoted or excerpted in a review should be checked against the final published edition. Dates, prices, and manufacturing details are subject to change or cancellation without notice.

For my grandma, Rita Weeks, who makes wishes come true

THE GHAN AISOURI
: Once the highest caste and beloved of the gods. All but annihilated, this female race have eyes and smoke the color of violets. They are the only jinn who can access the power of all four elements: air, water, earth, and fire.

THE SHAITAN
: With eyes and smoke the color of a thousand suns, the Shaitan gain power from air. They are scholars, mages, artists, and the overlords who once controlled the provinces.

THE DJAN
: The largest caste and the peasant serfs of Arjinna’s valleys. Their eyes and smoke are the color of emerald fields, and their power comes from earth—the sacred soil of Arjinnan land. They are manual laborers, denied education or advancement.

THE MARID
: Caretakers of the Arjinnan Sea and fishing folk, these serfs draw their power from water. Their eyes and smoke are the color of sapphires. They are the peasants of the coast, as uneducated as the Djan and subjected to brutal labor.

THE IFRIT
: Long despised throughout the realm, the Ifrit have eyes and smoke the color of blood. Their power comes from fire, and they use its energy for dark magic. They are soldiers and sorcerers.

The Jinn Gods and Goddesses
*

GRATHALI
: Goddess of wind, worshipped by the Shaitan

LATHOR
: Goddess of water, worshipped by the Marid

RAVNIR
: God of fire, worshiped by the Ifrit

TIRGAN
: God of earth, worshiped by the Djan

*
Because the Ghan Aisouri can draw power from all four elements, they worship every god, though individual Aisouri have their favorites.

The surrounding darkness was a black, writhing worm—hungry. It twisted around her body, tightening its grip. What little air remained reeked of iron; it would be a slow death. She could already feel the poisonous metal bleeding into her skin, infecting her blood. Nalia inhaled anyway: a trickle slipped past her parched lips, then dripped down her throat and slowly seeped into her crushed lungs. Not enough.

The bottle was a vault.

She’d been drifting in and out of sleep, floating on a foggy sea that seemed to have no beginning, no end. Time here was an elastic thing, bending and shifting at will.

For so long now, she’d been living in prisons within prisons within prisons, like a nesting doll. Earth; Malek’s compound; the bottle. If he let her out, she’d still be a slave. Just one with a little more room to breathe. She’d never forgive Malek for the ripping, tearing, choking sensation of being stuffed into a bottle the size of her pinkie. It had been designed to punish, nothing more.

Officially, she was in the bottle because she’d run away again. Unofficially, she’d kicked her master’s ass. How many times had she tried to escape? He always knew when she left, as if some sixth sense had nudged him, then whispered her name in his ear. Her sentences in the bottle followed a predictable pattern: Nalia ran away. Her master summoned her back. She spit in his face. Called forth the wind to wreak havoc in his perfectly organized study or willed a storm to rain upon his priceless treasures. He put her in the bottle. After a time—long or short, depending on his mood or what he needed from her—he let her out. The pattern would resume again as her master tried to tame the wild colt within her.

This time was different. This time, Nalia had wanted him to hurt a little too.

She’d expected Malek’s usual raving—he hated when his jinni wasn’t right where he wanted her to be—but what he did instead was far worse. He’d looked at her, standing there in the doorway of his study, then returned to his reading, waving her away as though Nalia were nothing more than a dog. Before she knew what her hands were doing, Nalia had thrown Malek through a wall. The look on his face. The way the plaster had crumbled all around him, like powdery snow. Of course, her revenge had had its price: whatever pain she inflicted on her master ricocheted back to her. Punch her master, she punched herself, that kind of thing. Her defiance had been worth the sudden pain jolting up her spine and the two ribs that cracked as soon as her master hit the wall. It was
almost
worth the punishment of this endless suffocation. Almost.

“Hell, Nalia, you’re seventeen,” Malek had said, just before he put her in the bottle. “When I was your age, I was running a multinational corporation, not pulling childish disappearing acts.”

He had been sitting at his desk, near the window that overlooked the rose garden, sipping his absinthe with that faraway look in his eye—like he was examining the fabric of the universe, peeking through holes the gods had forgotten to sew up. Malek didn’t appear much older than she was, yet he’d been living far longer. Whether it was due to a wish from another jinni or a human mage’s skillful ministrations, Nalia didn’t know—Malek’s enduring youth was just another one of his secrets.

“This running around the planet as soon as I have my back turned and your little violent outbursts . . .” His voice had trailed off. Then, “I can’t allow it to continue.”

Nalia shouldn’t have tried to run. How silly, to think she could go where Malek wouldn’t find her. She was his property, bought and paid for long ago, just another jinni on the dark caravan, the slave trade that had claimed thousands of jinn before her. Ghan Aisouri, Shaitan, Ifrit, Djan, Marid: the caravan wasn’t picky—it would take jinn from any of the five castes. Nalia’s last hours as a free jinni were filled with flames and death, the palace overrun with Ifrit vermin and their poisonous dark magic. Civil war. A coup. Revolution. The whole realm in shambles, its powerful Ghan Aisouri protectors slain in one night of carnage. Locked out of that world, Nalia could do nothing but remember. And hope.

When she tried to distract herself from the airless void of the bottle by imagining Arjinna, her homeland, Nalia’s good memories were like photographs that had been handled by too many dirty hands. Frayed, faded, falling apart. Soon, they would be gone. And the other memories, the ones that followed her around like lonely ghosts—they were the only things worse than this bottle.

She could feel it coming, the panic. Creeping up on her, a nearby echo. She’d tried so hard to tame it, but the memory of Malek’s voice, his presence, fed her terror. Her heart clenched and she struggled to fill her lungs.

“Please,” she whispered. To Malek. To her dead mother. To the gods of this wasted planet. “Please.”

The bottle was a tiny, bejeweled thing attached to a thick gold chain. Indestructible and protected by magic. Malek wore it around his neck at all times, a constant reminder that she was his. If Nalia listened closely, she could hear the slow, steady rhythm of his heart:
buh bump buh bump buh bump.
She’d give anything to reach through the walls and tear it out with her bare hands. Feel it beating against her palm.

Suddenly, the walls began to contract, as though she were in the belly of a tiny, panting beast.
In. Out. In. Out.
She knew what was coming next—hope and relief washed through her just before the nausea set in, a vertigo of epic proportions.

The bottle began to spin like a whirling dervish, faster and faster until her hands slipped apart and her body slammed against the bottle’s side. Nalia screamed as the now scorching iron walls of the bottle burned her skin and she threw her arms up to protect her face. A tiny pinprick of light appeared above her and then it was just gravity and smoke and heat until she shot through the opening in a cloud of golden incense, landing hard on the floor of Malek’s study.

She crouched on the ground, shuddering as a tidal wave of
chiaan
—magic—washed over her, so much of it that she had to clamp her hands over her mouth to keep from vomiting all over Malek’s Persian rug. She was a dam holding back an ocean of unused energy that would burst any second. Nalia flung her hands toward the fireplace, desperate to get the magic out. The
chiaan
flowed past her fingertips, bright yellow flames searing the air before they even reached the fireplace.

She lay her head on the floor, weary and feverish.

Malek crouched in front of Nalia, his beautifully cruel face inches from her own. Though human, his immortality lent him the ageless glamour of a young demigod.

“You see now, don’t you?” he whispered, his voice tender, but his onyx eyes hard. “We need to be together, you and I. This fighting—it only brings us sadness, no?”

He lifted her chin. His fingers smelled of clove cigarettes, and his breath carried the faint scent of the absinthe’s anise.

He tightened his grip, his thumbs digging painfully into her jaw. She nodded her head, numb. Finished. There was only one response that would keep her out of the bottle now.

GRANTING WISHES IS A BITCH
.

Nalia did her best not to glare at the client as he outlined his absurd request.

What is with these humans? They find out they’ve got a jinni to do their bidding and they suddenly think it’s Aladdin, like I could snap my fingers and shazam!—instant gratification.

It didn’t work that way. Granting was a science, an art of exactitude. Earth was a glass sphere balancing on the point of a needle, and one errant wish could shatter it against the cold hardness of the universe. And though Nalia was one of the most gifted among her race, some things were impossible. Case in point: here was this corrupt stockbroker, telling her he wanted to be the president of the United States.

“Look,” Nalia said. “I don’t have that kind of power. I’d have to brainwash the entire world, which is . . . beyond difficult. My recommendation is to wish for stock—loads of it. Then you’ll be rich, and money is power—”

Taken by the Con by C.J. Miller
Ellora's Cavemen: Tales from the Temple II by Tales From The Temple 02
A French Affair by Susan Lewis
Strong Cold Dead by Jon Land
Heart Full of Love by Coble, Colleen
The Red Scare by Lake, Lynn
And To Cherish by Jackie Ivie
Injury by Tobin, Val
The A Circuit 04- Rein It In by Georgina Bloomberg
The Mischief of the Mistletoe: A Pink Carnation Christmas by Lauren Willig
Our partner