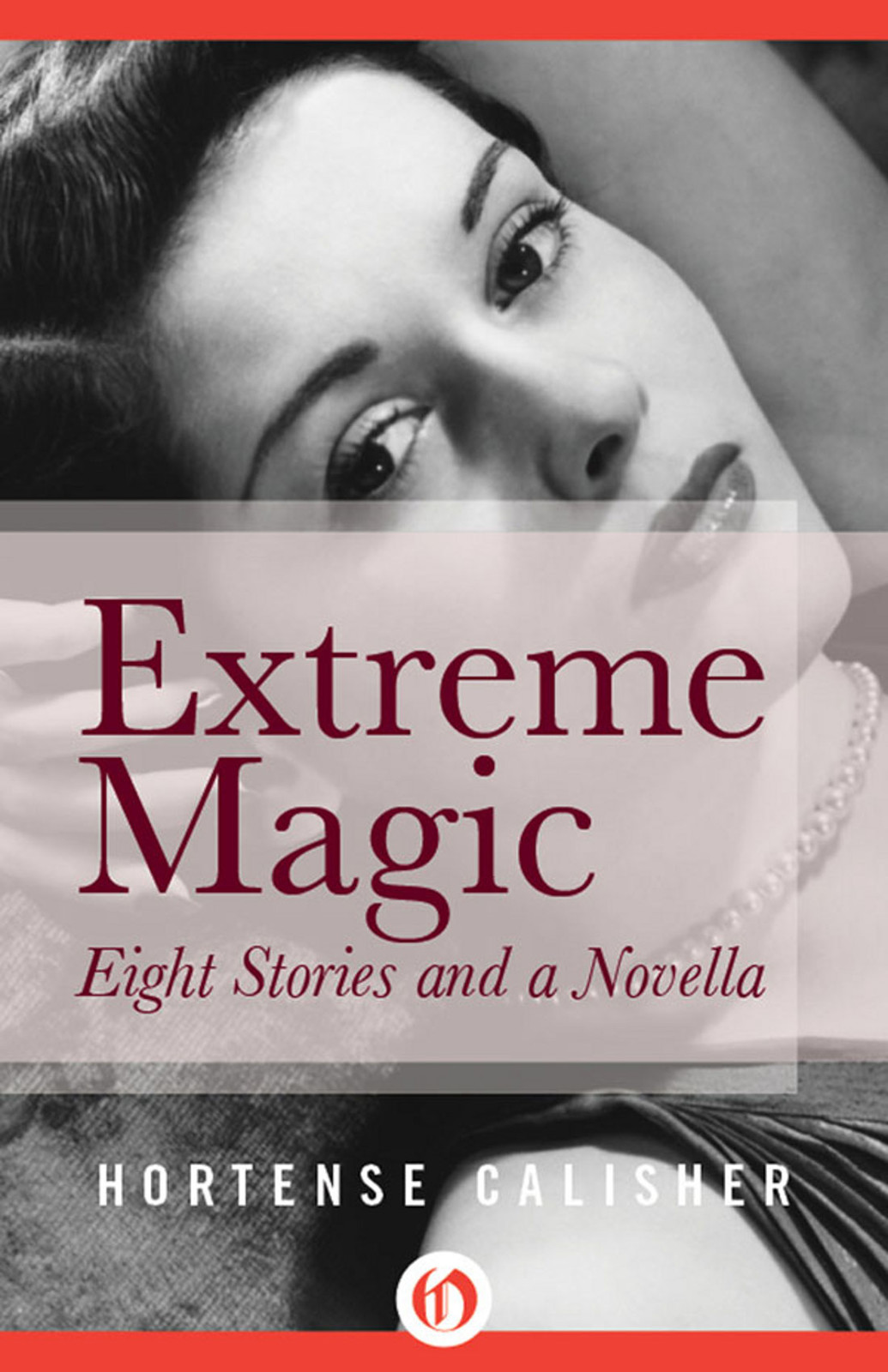 Little Did I Know

Songs My Mother Taught Me

I
WAS TAUGHT TO
speak French
with
tears. It was not I who wept, or the other girls in my high-school class, but the poet Verlaine—the one who wrote “Il plœ:r dã mõ kœ:r.” Inside forty slack American mouths, he wept phonetically for almost a semester. During this time, we were not taught a word of French grammar or meaning—only the International Phonetic Alphabet, the sounds the symbols stood for, and Verlaine translated into them. We could not even pick up the celebrated pen of our aunt. But by the time Verlaine and our teacher Mlle. Girard had finished with us, we were indeed ready to pick it up, and in the most classically passionate accents this side of the Comédie Française.

Mlle. Girard achieved her feat in this way. On the very first morning, she explained to us that French could never be spoken properly by us Anglo-Saxons unless we learned to reanimate those muscles of the face, throat,
poitrine
that we possessed—even as the French—but did not use. Ours, she said, was a speech almost without lilt, spoken on a dead level of intonation, “like a sobway train.”

“Like this,” she said, letting her jaw loll idiotically and choosing the most American subject she could find: “Ay wahnt sahm ay-iss cream.” French, on the other hand, was a language
passionné
and
spirituel,
of vowels struck with-out pedal, of “l”s made with a sprightly tongue tip—a sound altogether unlike our “l,” which we made with our tongues plopping in our mouths. By her manner, she implied that all sorts of national differences might be assumed from this, although she could not take the time to pursue them.

She placed a wiry thumb and forefinger, gray with chalk dust, on either side of her mouth. “It is these muscles ’ere I shall teach you to use,” she said. (If that early we had been trained to think in phonetic symbols, we would have known that what she had actually said was “mœslz.”) When she removed her hand, we saw that she had two little, active, wrinkling pouches, one on either side of her mouth. In the ensuing weeks I often wondered whether all French people had them, and we would get them, too. Perhaps only youthful body tone saved us, as, morning after morning, she went among us pinching and poking our lips into grimaces and compelling sudden ventriloquisms from our astonished sinuses.

As a final coup, she taught us the classic “r.” “Demoiselles,” she said, “this is an
élégance
almost impossible for Americans, but you are a special class—I think you may do it.” By this time, I think she had almost convinced herself that she had effected somatic changes in our Anglo-Saxonism.
“C’est produit”
she said, imparting the knowledge to us in a whisper, “by vibr-rating the uvula!”

During the next week, we sat there, like forty purring Renaults, vibrating our uvulas.

Enfin
came Verlaine, with his tears. As a supreme exercise, we were to learn to declaim a poem by one of the famous harmonists of France, and we were to do it entirely by ear. (At this time, we knew the meaning of not one word except
“ici!”
with which, carefully admonished to chirp “œp, not down!” we had been taught to answer the roll.) Years later, when I could
read
French, I came upon the poem in its natural state. To my surprise, it looked like this:

And so on. But the way it is engraved on my heart, my ear, and my uvula is something else again. As hour after hour, palm to breast, wrist to brow, we moaned like a bevy of Ulalumes, making the exquisite distinction between
“pleure”
and
“pleut,”
sounding our “r” like cat women, and dropping “l”s liquid as bulbuls, what we saw in our mind’s eye was this:

Late in the term, Mme. Cécile Sorel paid New York a visit, and Mlle. Girard took us to see her in
La Dame aux Camélias.
Sorel’s tea gowns and our own romantic sensibilities helped us to get some of her phthisic story. But what we marvelled at most was that she sounded exactly like us.

L’envoi
comes somewhat late—twenty years later—but, like the tragic flaw of the Greeks, what Mlle. G. had planted so irrevocably was bound to show up in a last act somewhere. I went to France.

During the interim, I had resigned myself to the fact that although I had “had” French so intensively—for Mlle. G. had continued to be just as exacting all the way through grammar,
dictée,
and the rest of it—I still did not seem to “have” it. In college, my accent had earned me a brief eminence, but, of course, we did not spend much time
speaking
French, this being regarded as a frivolous addiction, the pursuit of which had best be left to the Berlitz people, or to tacky parlor groups presided over by stranded foreign widows in need of funds. As for vocabulary or idiom, I stood with Racine on my right hand and Rimbaud on my left—a
cordon-bleu
cook who had never been taught how to boil an egg. Across the water, there was presumably a nation,
obscurcie de miasmes humains,
that used its own speech for purposes of asking the way to the bathroom, paying off porters, and going shopping, but for me the language remained the vehicle of de Vigny, Lamartine, and Hugo, and France a murmurous orchestral country where the
cieux
were full of
clarté,
the oceans sunk in
ombres profondes,
and where the most useful verbs were
souffler
and
gémir.

On my occasional encounters with French visitors, I would apologize, in a few choicely carved phrases that always brought compliments, for being out of practice, after which I retired—into English if
they
had
it,
into the next room if they hadn’t. Still, when I sailed, it was with hope—based on the famous accent—that in France I would somehow speak French. If I had only known, it would have been far better to go, as an underprivileged friend of mine did, armed with the one phrase her husband had taught her—
“Au secours!”

Arriving at my small hotel in Paris, I was met by the owner, M. Lampacher, who addressed me in arrogantly correct English. When we had finished our arrangements in that language, I took the plunge.
“Merci!”
I said. It came out just lovely, the “r” like treacle, the “ci” not down but œp.

I gave him the visitors’ routine.

“You mock, Madame. You have the accent
absolument pur.”

The next morning, I left the hotel early for a walk around Paris. I had not been able to understand the boy who brought me breakfast, but no doubt he was from the provinces. Hoping that I would not encounter too many people from the provinces, I set out. I tramped for miles, afloat upon the first beatific daze of tourism. One by one, to sounds as of northern lights popping and sunken cathedrals emerging, all the postcards were coming true, and it was not until I was returning on the bus from Chaillot that, blinking, I listened for the first time that day.

Two women opposite me were talking; from their glances, directed at my plastic rain boots, they were talking about me. I was piqued at their apparent assumption that I would not understand them. A moment later, listening with closed eyes, I was glad that they could not be aware of the very odd way in which I was not understanding them. For what I was hearing went something like this: “rəgard lamerikɛn se kautʃu sɛkõvnabl sa nɛspa purlãsãbl õ pøvwarlesulje”

Hours later, in my room, with the help of the dictionary and Mlle. G.’s training in
dictée,
I pieced together what they had said. It seemed to have been roughly this:
“Regarde, l’Américaine, ses caoutchoucs. C’est convenable, ça, n’est-ce-pas, pour l’ensemble. On peut voir les souliers.”

One of them, then, had thought my boots convenient for the ensemble, since one could see the shoes; the other had commented on the lack of real chic among American women, who all resembled one another. Digressing, they had gone on to speak of Marie, the goddaughter of a stepbrother, “the one with the
bouc.
You have met him [or her, since one could not tell from the construction] at my house.” Either he or Marie had made a false couch, whatever that was.

The latter I could not find in the dictionary at all.
“Bouc”
I at first recalled as
“banc”
—either Andre or Marie had some kind of bench, then, or pew. I had just about decided that Andre had a seat in the Chamber of Deputies and had made some kind of political mistake, when it occurred to me that the word had been
“bouc”
—goatee—which almost certainly meant Andre. What had he done? Or Marie? What the hell did it mean “to make a false couch”?

I sat for the good part of an hour, freely associating—really, now, the goddaughter of a stepbrother! When I could bear it no longer, I rang up an American friend who had lived in Paris for some years, with whom I was to lunch the next day.

“Dead tired, actually,” I said, “and I’ve had a slight shock. Listen, it seems I can’t speak French after all. Will you translate something?”

“What does to
‘faire une fausse couche’
mean?”

“No, for God’s sake, I’m at the hotel. What’s the matter with you? You’re as bad as the dictionary.”

“Nothing’s the matter with
me,”
said Ann. “The phrase just means ‘to have a miscarriage,’ that’s all.”

“Are
you all right?”

I went to bed early, assuring myself that what I had was merely disembarkation jitters (what would the psychologists call it—transliteration syndrome?), which would disappear overnight. Otherwise it was going to be very troublesome having to retire from every conversation to work it out in symbols.

A month went by, and the syndrome had not disappeared. Now and then, it was true, the more familiar nouns and verbs did make their way straight to my brain, bypassing the tangled intermediaries of my ear and the International Phonetic Alphabet. Occasionally, I was able to pick up an unpoetically useful phrase: to buy a brassière you asked for “something to hold up the gorge with”; the French said “Couci-couça” (never
“Comme ci, comme ça”)
and, when they wanted to say “I don’t know,” turned up their palms and said “Schpuh.” But meanwhile, my accent, fed by the lilt of true French, altogether outsoared the shadow of my night. When I did dare the phrases prepared carefully in my room for the eventualities of the day, they fell so superbly that any French vis-à-vis immediately dropped all thought of giving me a handicap and addressed me in the native argot, at the native rate—leaving me struck dumb.