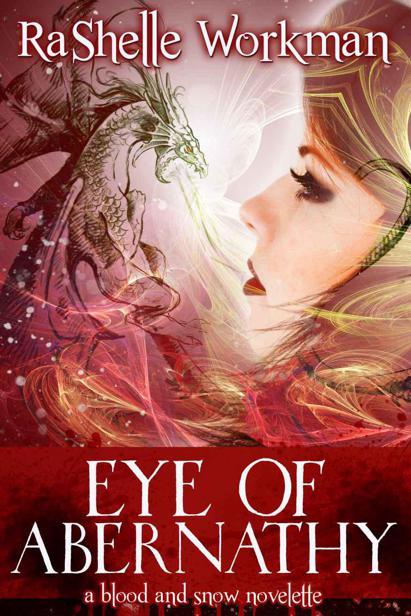 Praise for the Blood and Snow series:

“The modern twist on the Snow White fairy tale was interesting and original, which isn't easy to find these days. Highly recommended.” Sarra Cannon, bestselling author of the Peachville High Demons series

“This book will definitely suck you in (no pun intended) instantly.” Anthony

"BLOOD AND SNOW draws you in from the very beginning and never let's you go, only to leave you anticipating more! Loved it. Can't wait for volume 2." Debbie Davis from Debbie's Inkspectations

"This is a fun, smart, and sexy read!"
Elizabeth Mueller, award winning YA author of Darkspell

“I definitely look forward to more, and recommend this to anyone who likes a fairy tale with a twist.” Kay Glass

“If you enjoy vampires and fractured fairy tales you'll enjoy these quick reads!” Laura Pauling, author of the Circle of Spies series

“Best books that I
have read!” Mercedez

Being a vampire had
its advantages.

Seeing every
infinitesimal detail—each hair on a bumblebee’s body, the individual beats of a hummingbirds wings. I heard worms wriggling in the dirt. The ants rummaging through the grass, the way their mandibles bit down, crushing an insect, or a leaf. Deciphering the scents of different types of blood—animal, human, and magical.

On occasion, my extra-heightened senses were difficult to deal with.
As I glanced around my room, seeing flecks of Christopher’s blood everywhere, I thought I would be sick. Although Christopher was healed, his blood and guts (yeah, even guts, it was gross) were strewn on the walls, the comforter, him, the ceiling, the dresser, the carpet, and me. Everywhere.

Professor Pops took D
aniel and Heathcliff to get buckets of soapy water. Gabe left, saying he needed to talk to the chayot about the latest developments. As he walked away, without saying good-bye, I sensed more going on with him.

The
rest of us muddled around, trying not to touch anything while we waited. When Pops came back, we pulled on rubber gloves, and spent the next several hours cleaning. Dorian found part of a vein on the chandelier. But, as Professor Pops explained, we couldn’t have a cleaning service do it.

“How would we explain what happened
?” he asked.

We
grudgingly agreed. When we finished, the room smelled of lime soap, chlorine, and something else. Something made with magic.

“What’s the
smell? It’s created from magic.” It seemed familiar, a scent I smelled long ago, but couldn’t place.

Professor Pops gave me a cursory glance. “It’s fai
ry dust. When mixed with water and chlorine, it completely eliminates any living tissue. I figured we should be especially sure we get everything.”

“Yeah.” I took my soapy sponge and wiped the wall next to my bed. “What else can fairy dust do?”

Pops looked up from his work scrubbing the carpet. “Depends on what it’s mixed with. Fairy dust takes the strongest component and am
plifies it a hundred fold. If it’s mixed with gunpowder, it can be extremely volatile. Combined with chamomile and vanilla, it’s soothing—deadly so, if you catch my drift. So it’s important to be careful with it.”

“Creepy, if you want my opinion,” Sebastian said, helping Bart remove my bedding. As they walked to the door, Professor Pops said, “Stick the bedding directly into the washer with this.” He removed a glove, pulled a vial of pink liquid from his sweater pocket, and handed it to Bart.

When we finished
cleaning, Pops asked us toss our sponges and cleaning rags into a fire he built in the hearth in the living room.

“Get some sleep,” Professor Pops
told his amazing sons.

Sebastian, Bart, Salvatore, and Daniel trudged to the door. I noticed their shoulders slumped.

They must be exhausted, I thought.

“Hey,” I called, and they turned around. “Thank you.
For the help tonight. For keeping me safe. For everything.” I blinked back tears, and smiled.

They answered with tired but genuine, “You bet.” “You’re welcome.” “Sure.” And, “Anytime.”

When they were gone, Heathcliff said, “I’ve got to be to work in two hours, I’ll just grab a quick shower.” A shower sounded nice.

He swallowed, glancing nervously at Professor Pops.
I turned my attention to the fire.

The living room smelled of sulfur, and magic. Flames licked the air in various shades of green, purple, and pink.
Dorian, Heathcliff, Professor Pops, Christopher, and I stood around it, not for warmth, but comfort. Christopher placed a hand on my back, massaging lightly, filling my skin with tingles.

A fierce love for these men consumed me. I had to protect them.

Finally, Heathcliff said, “At a lab near the University, studying…”

“What?”
Suddenly an image of Varden, with its spider webbed walkways, flickered through my mind. “Does it have anything to do with what Titan was working on in Varden? Combining science and magic.”

Heathcliff’s mouth fell open. “How did you know?”

Professor Pops shot Heathcliff a sharp look. Then he turned. “Sharra destroyed Varden not long after Silindra died. In the place the mountain once stood is nothing but sand.” He gave me a pointed look, one I wasn’t sure I understood. “We continue
some
of his work in the lab.” He gave Christopher and I an equally sharp look. “Please, tell no one. We can’t let what we’re doing get back to Sharra. And others.”

I zipped my lips with my fingers. “Not a word,” I mumbled.
Jeez. I wasn’t one to blab secrets. Immediately, I clamped down those bitter feelings, unsure where they came from. If Professor Pops requested silence, it must be serious.

“I won’t say anything either, but you have to let me come by the lab sometime. I’d love to see what you’re working on. Perhaps be of assistance in some way.”

Christopher nodded. “Good.” He put his arm around my shoulders, but continued to speak with Pops. “I think we should speak with Kenmei right away.”

Dorian chimed in. “Hunter, you might want to change first.” He screwed up his face in disgust. I gave Christopher a once over. His white shirt was shredded. Dried blood stained his shirt, pants, and shoes. He even had some in his hair. I guessed I looked as bad. Dorian continued, “I’ve got some clothes you can borrow.”

Dori
an brought Christopher a pair of jeans and a gray t-shirt. “To match your purdy new eyes,” Dorian quipped, batting his eyelashes at my Hunter.

I covered my mouth so I wouldn’t laugh. Christopher’
s jaw flexed, and I sensed he didn’t appreciate Dorian’s witty sarcasm.

“Thank you,” Christopher said, taki
ng them. “I can pay you.”

Dorian snorted. “Look at this place. Does it look li
ke I need your money?” Christopher took his wallet from his back pocket. Dorian shook his head. “Consider them a gift.” Serious, he continued, “If Snow is on your side, then so am I.”

Christopher cleared his throat and nodded. “Much appreciated.”

“Cool,” Dorian responded, then disappeared into the kitchen. I heard the toaster go down, and knew he was cooking a blueberry bagel. His “go to” breakfast since we were ten.

As Christopher and I started up the stairs, Professor Pops said, “No hanky
panky.” He looked uncomfortable, but determined, and my heart melted. It felt good to be parented, even if it embarrassed me.

My face was instantly hot. Before I
had the chance to respond, Christopher said, “She’s in good hands, sir.”

Pops rubbed a hand across his forehead, and headed toward the kitchen. He mumbled, “That’s what I’m afraid of.”

Dorian snickered, half a blueberry bagel smeared with strawberry cream cheese in one hand. It smelled divine. Dorian tore up the stairs, swatting my butt playfully as he passed by. “I don’t want to be late for school. Harvard expects
serious
students.”

I laughed at the look on Christopher’s face.

“Yeah, she
was my friend long before she was yours,” Dorian said, winking.

“Not
much
longer,” Christopher growled.

I thought about
that. He’d Marked me when I was five, kept an eye on me from a distance. He knew me as long as most of the brothers, even longer than a couple. But I hadn’t known him.

Perhaps not intimately, but you sensed his presence,
my inner voice reprimanded.

It
was true. There were several occasions when I believed someone watched or followed me. At the time, it was eerie. If he hadn’t been doing the Vampire Queen’s bidding, I may still have thought so.

Dorian snorted, and shoved the last couple bites of his bagel in his mouth. Stuffing it in his cheek, he gave us two thumbs up, said, “Later,” and jogged away.

I touched
Christopher’s arm. His fingers grasped my hand as he pulled me into my bedroom, closing the door.

He wanted to hug me,
I could tell, but he wasn’t sure where to touch. I was covered in his blood. But then, so was he.

He brushed
my cheek tenderly. “I want to kiss you,” he said softly.

In response, I met him halfway, our lips crashing
into each other. My heart raced as he pushed open my mouth with his tongue. A whimper escaped my throat. The noise encouraged Christopher, and he pressed my body close, no longer caring what we were covered in. Walking backward, we made our way to the bathroom, our lips never straying. It’d been two years, and I’d missed his kisses, longed for them.

He closed the bathroom door with his foot. I pushed his shirt off his finely sculpted s
houlders, down his arms, and let it fall to the floor.

Free of the shirt, I let my
hands roam his body, taking special care of the spot the Vampire Queen ripped open. No scar. Nothing to indicate his insides had been exposed to the world—that he’d so nearly died.

Crucible Zero by Devon Monk
Riding the Universe by Gaby Triana
Persuaded by Misty Dawn Pulsipher
01 Untouchable - Untouchable by Lindsay Delagair
Away With The Fairies by Greenwood, Kerry
Breaking the Ice by Shayne McClendon
Radiant Darkness by Emily Whitman
Dallas (Time for Tammy #1) by Kit Sergeant
In Too Deep (Knight & Culverhouse Book 5) by Adam Croft
Grimm Consequences by Kate SeRine
Our partner