Read Eye of the Witch Online

Eye of the Witch 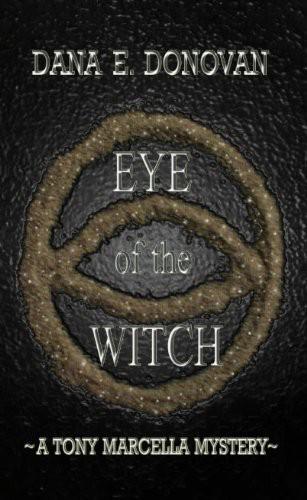 Review by:
queenofsheba50 on July 01, 2011 :
Great series read the Witch's Ladder first & it's free right now.
(reviewed within a week of purchase)
Review by:
sile on Aug. 16, 2010 :
I read this book and then had to read the first one. I've now downloaded them all. The book was hard to stop reading and to put down.
(review of free book)
Review by:
Sandra Gilbert on July 26, 2010 :
Great Sequel to Witches Ladder. I love seeing how Detective Marcella's views change throughout the book as events unfold and force him to reexamine what he thought he knew.
(review of free book)
Review by:
lyn ha on April 25, 2010 : (no rating)
Very good book Thx
(reviewed within a month of purchase)

Pride, paranoia and paranormal forces all conspire to derail Detective Marcella’s investigation into a series of suspicious suicides in New Castle, Massachusetts. In this sequel to The Witch’s Ladder, Marcella learns that because of the ties that bind their pasts, every potential victim is also a possible suspect.

Eye of the Witch

Author’s notes: This book is based entirely on fiction and its story line derived solely from the imagination of its author. No characters, places or incidents in this book are real. Any resemblance to actual persons, living or dead, places, events or locales is entirely coincidental. No part of this publication may be copied or stored in a retrieval system, or transmitted in any form by any means, electronic, mechanical, photocopy or otherwise, without the expressed written permission of the author or author’s agent.

This is book two of a series.

Other books in this series include:

Bones of a Witch

Call of the Witch

I had that dream again, the one where Doctor Lowell tied me to that damn tree and came at me with a knife. Only in my dream I was younger, much younger, like maybe by forty years. Lilith was there, too, but she wasn’t tied to the tree with me like she was then. She was standing on the sideline with Carlos. They were talking and laughing and playing with that confounded witch’s ladder. I screamed for one of them to untie a knot on the ladder. They paid no attention. They couldn’t hear me. My screams were only in my head. Carlos leaned in and kissed Lilith. She pulled back and giggled. I thought to myself, that’s so unlike her. I had never seen her giggle before. Then the two of them looked back at me and waved before the mad doctor plunged his knife into my chest.

I woke up dripping in sweat, my heart pounding harder than a sixty-four-year-old heart had a right to. In the old days I would have shrugged it off, grabbed a cigarette and a shot of whiskey and then maybe gone back to bed. But my days of smoke and whiskey seem more distant than that young detective I left tied to the tree in my dreams.

I got up and fixed myself a grapefruit and guava smoothie. As I sat drinking it, thumbing through that silly string of beads I brought down from New Castle, the phone rang. I looked at the clock on the wall. It was almost midnight. I knew right away who it was.

“
I could tell from the ring.”

“
Jeez, Ton, can’t I call an old pal to say hi? I didn’t wake you, did I? I mean I know how you like to stay up late watching old westerns and…. You were up, right?”

“
I was up, yes, but it’s nearly midnight. I know you didn’t call just to say hi. Is everything all right up there?”

He grew silent. My experience told me that he had a whole ice-breaking spiel ready for me, but I derailed his train of thought. It was selfish of me, really. I guess I owed him that much. We hadn’t talked for a while, not since I moved away. It all came to a head after our last case together. I just sort of lost it. I grew despondent and my carelessness nearly got us both killed in a car wreck. That’s when I knew I had to retire. I had been thinking about it anyway. My captain recommended the condominiums at Del Rio Vista. Said his mother lived there and loved it. He said it was a great place to launch the exciting second half of my life. What he meant was it’s a great place to go and die. Just look at his mother. For years he had sent her checks every month for room and board, and a card on Mother’s Day that said,
Thinking of you, Mom, on your special day
. Last month she slipped into a coma and passed. It took four days before anyone noticed. I suppose living at Del Rio Vista was just too much excitement for the old girl. In the back of my mind, I believe the captain found some relief in the news. He had to know that his mother was fading like old denim.

But Carlos never expected I would hate it in Florida. I’m sure he hated to see me leave New Castle, but he believed it was for the best. He promised he would come down a couple of times a year to do some fishing with me. He hasn’t yet. I don’t blame him, though. Detective work is all-consuming. It’s the reason he’s still single, the reason I never married. I let him stew in silence awhile longer before finally letting him off the hook.

“
Carlos, it’s okay that you haven’t called me before now. I know you’re busy.”

“
You kidding? Man, what with all the biking, swimming, canoeing, golfing, shuffleboard, bingo, cocktail parties and socializing, I don’t know if I’d have had the time to talk anyway.” All right, so I lied to him. Truth was that I hadn’t done half those things in years. The other half I had never done at all.

“
Yeah, but I have time for you now. So tell me. How have you been? You make captain yet?”

“
Me? Come on, Tony. That’s not my gig. I’m a field guy. You know that. The minute they promote me to captain I’m taking that retirement train straight down to Florida where I can start really enjoying life—like you.”

“
Right, like me. Well, all in good time. Don’t rush things, my friend. So tell me. You keeping busy up there?”

I said that and he went quiet again. It’s funny how two friends can sense when something is not quite right between them. I thought for a moment he had detected the discontent in my voice, but I wasn’t sure. Carlos Rodriquez and I had worked together for nearly thirty years, and in that time we both learned more about the other than either intentionally divulged. I assumed he was simply feeling the void in my words, but as soon as he spoke again I realized it was his misapprehensions I felt, not he feeling mine.

“
Carlos? Is something wrong?”

“
Tony, I probably shouldn’t have called you tonight. You have your life there now. It’s late. I didn’t realize. How `bout I call you back another time and we’ll—”

“
Carlos, no! Look. I’m up. You called me. There’s something going on that you thought I should know. What is it?”

I heard him take a deep breath and snort it out like a bull. “Okay, I’m just looking for advice, though, that’s all.”

“
I have this case I’ve sort of been working on.”

“
Yeah, but it’s not just any case. It’s a real conundrum, and if you’re not looking at it just right, it appears not much of a case at all.”

“
Maybe it’s not,” I said. “Sometimes things
are
what they seem.”

“
Yes, but if there’s one thing I learned working with you, it’s that you’ve got to trust your instincts, and my gut instincts tells me there’s something going on here. Something big.”

“
All right, wait a minute.” I set the phone down on the kitchen table and poured another glass of grapefruit and guava. I took a sip, smacking my lips for the tartness before returning the pitcher to the fridge. As I put the phone back to my ear, I heard Carlos rambling on without pausing between breaths.

“
Carlos!” I said. I think I was laughing. “Carlos, slow down! I told you to wait a minute. I was getting something to drink. Start over.”

“
Not a word. Now, start from the beginning, and slow down. I think half of what you said was in Spanish, anyway.”

“
Tony.” He sounded frustrated. “There’s been a number of suicides in New Castle lately.”

“
Yes, and all very suspicious.”

“
You think they weren’t suicides?”

“
I can’t see it. Tony, the last suicide we had in New Castle was Gordon Walsh, who hung himself in our jail cell the night—”

“
Yes, Carlos, I remember Gordon Walsh. Damn it. How could I forget? I’m the reason he—”

“
Whoa, Tony, easy! I’m sorry. I didn’t…What I meant was, before Gordon the last suicide in New Castle was back in 1952. Now we have three in as many weeks, all seemingly unrelated.”

“
Are you thinking serial?”

“
The first was a lawyer with Hartman, Pierce and Petruzelli—a real sharp one, Tony, with the whole package, beautiful, bold and bodacious. She had just been named full partner in the firm.”

“
Yeah, sounds like. I mean definitely not your typical Prozac type.”

Typical? I tried to visualize what the typical suicidal type might look like, so that I might put a face to the person Carlos described. But I had to conclude there probably wasn’t any one image to attach to such a stereotype. What we see on the outside rarely mirrors the person we find on the inside after one has committed the ultimate act of self-persecution. I asked Carlos about the second girl, trying to keep an open mind on the kind of person I thought I might find behind his words.

“
She was pretty,” he said, “Cuban born, like me. But if not as successful as the lawyer chick, then at least she seemed well-liked.”

“
Well-liked?” That seemed unqualified. “Maybe not by all.”

I asked him about the third woman. He got quiet again. I heard him take a short breath and then swallow. “Yeah, her.” he said. “You see, hers was the one that told me things were not what they seemed. She had plans that night, Tony. This woman had plans and they didn’t include killing herself.”

“
Maybe something came up at the last minute that changed her mind.”

“
Yes, I am. And Tony, this woman? There’s something else you need to know about her.”

“
Webber. Yeah, Travis Webber’s sister, the cop from Ipswich. We met her at Travis’ funeral.”

“
Ah-huh. And you know she transferred to New Castle, Right?”

Now it was my turn to fall silent. I remembered Karen Webber well, a beautiful woman and a good cop. We met her at her brother’s funeral. She drove down from Ipswich to stand in uniform in the rain, unflinching as they buried Travis, still not knowing who killed him or why.

The fog had not yet lifted the morning they found Travis slain on the front steps of the New England Institute for Research of Paranormal and Unexplained Phenomena. He participated in group studies there for years, he and others in his workshop, all equally gifted and proficient in the psychic academia of clairvoyance, mental telepathy, bilocation and telekinesis. It was Travis’ love and dedication for his gift that kept him at the institute that night, and his gift that ultimately got him killed.