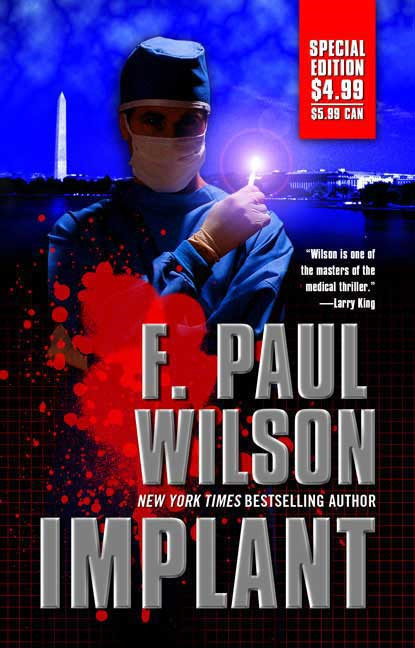 She
cut diagonally across to her left, weaving between suited federal employees and
T-shirted tourists, and came out on
First Street
. She consulted her hand-drawn map, she'd
been to the Capitol area many times as a child, but never to a Senate office
building. Up ahead the white blocks of the
Russell
Building
sat to the right, the
Dirksen
Building
to the left. She hurried past the Dirksen's
shrub and flower-lined parking lot labeled "Federal Employees Only",
hopefully she'd have a spot there soon, and up to Constitution, then left past
the Dirksen and a scruffy clutch of helmeted bike messengers lounging on the
sidewalk, waiting for a call on the walkie-talkies protruding from their vests.

Her
destination was the adjoining block of white marble, the
Hart
Building
.

In
the white marble lobby she gave her name to the uniformed security guard and
signed in. She was directed to place her bag on a conveyor belt. As it was
swallowed by the X-ray box, Gin stepped through the metal detector. Just like
an airport.

More
white marble beyond the guards, the whole building seemed to be made of it. A
short walk down a corridor lined with potted trees and she came to the Hart's huge
central atrium.

She
stopped, struck by the sheer mass of the enormous black steel sculpture that
dominated the space. A series of jagged black peaks, stark against the white of
their surroundings, thrust upward, reaching for the sunlight streaming through
the ceiling beyond. Between the skylight and the peaks floated a gargantuan
mobile of equally black disks.

Black mountains
and black clouds in a white room.
Arresting. But the tension coiled inside prevented her from fully appreciating
it. Had to move, keep going, get upstairs to Senator Marsden's office.

As
she passed through the atrium she noticed a man staring at her. In his gray
suit he could have been any one of the thousands of Senate aides who worked on
the Hill. He was good-looking, though, thirtyish, fair, tall, close-cropped
blond hair, blue eyes, square jaw. But why was he staring at her like that? She
wasn't dressed in any way to make her stand out from any of the other women
passing through the atrium.

Nothing
special about her sedate, navy pinstripe suit, just a knee-length skirt and a
short fitted jacket. So why was he ogling her like she was wearing a micromini
and a halter top?

It
made her uncomfortable. She was glad when she found the bank of elevators. She
turned a corner and put some of that white marble between them.

The
elevator on the end was marked "Senators Only." Gin rode one of the
brightly lit peon cars to the seventh floor and began to look for Senator
Marsden's office.

The
offices occupied the perimeter of the
Hart
Building
, the hallway, actually a ramp that ran
around the inner walls, overlooked the atrium and the sculpture. She noticed a
gray, powdery coating on the upper surfaces of the mobile. The clouds needed a
good dusting.

Down
on the floor she noticed someone standing in the center of the atrium, becalmed
while everyone else flowed around him. That same man, the one in the gray suit,
was staring up at her.

She
looked away and walked on. Quickly. She found 752 at the far end of the hall. A
simple black nameplate on the oak door said Sen. H. Marsden.

Vertical
blinds blocked her view through the full-length windows that flanked the
entrance. She reached for the door, then hesitated.

This
is ridiculous, she thought, blotting her moist palms on her skirt.

I've
been through premed, med school, internal medicine residency, I've brought
people back from the dead, I've been up to my elbows in blood and guts, and
here I am nervous as a sixth grader outside the principal's office.

She
grabbed the handle and stepped into the front office.

Gerald
Canney continued to stare up at the seventh-floor walkway where that attractive
brunette had disappeared from view.

He
prided himself on his ability to remember faces and match them with names. Part
of it seemed to come naturally, part from his training at the
FBI
Academy
in
Quantico
. Special agents had to spot faces through
extra hair, dark glasses, any sort of disguise.

Only
with this gal, no disguise. Her face had been there right in front of him, all
but daring him to recognize her. Why couldn't he? Could she be in some way
connected to the case? The late, great Senator Richard A. Schulz used to have
an office in Hart, still did, in a way, until his successor was named. Gerry
had just been up there, sifting through the senator's files.

He
sighed. The Schulz case was something of an embarrassment to the Bureau. They'd
been tipped that the good senator was laundering honoraria, since Gerry was
attached to the public corruption unit, he'd been assigned to the team looking
into it.

Schulz
was suspected of various other dealings of questionable legality. The
corruption team was tightening the noose when he dropped to his death from his
apartment balcony.

Did
he fall or did he jump? The Bureau did not know. They were reasonably sure that
he was alone in the apartment when he went over the balcony rail.

How
could he fall? The railing was four feet high. He'd have had to climb onto it
to fall, and there was no logical reason for him to climb, no plants to water,
no hanging decorations that needed attention.

That
left a jump. Had he heard about the investigation and decided he couldn't stand
the heat? Not likely. Gerry had interviewed both his current mistresses,
neither of whom knew about the other. One was listed on his office payroll as
an "assistant" for forty-one thousand dollars a year. No one on his
staff knew what she looked like, she'd never been to the office.

The
other was a lobbyist for an electronics trade association. Many members of
Congress could be accused of being in bed, figuratively, with certain political
interests, Schulz apparently took the phrase literally. Neither woman said
she'd noticed the slightest sign of stress or apprehension in the senator at
any time before he died. Even his physical therapist, who gave him an
ultrasound treatment on his back only an hour before his death, said he seemed
to be in excellent spirits.

So
what had happened to Senator Schulz?

Gerry
didn't know. Which was why he'd been at Schulz's officer this morning. That
officer was right down the same hall the mystery girl had been traveling a
moment ago. And Schulz had been quite a womanizer, a legendary womanizer in . .
. this time

A
third mistress? No. Gerry didn't think that was it. Schulz's office had been
sealed since his death. No point in anyone going there. She couldn't get in.

But
this gal didn't work here. Gerry could tell by the uncertain way she'd walked through
the atrium, gawking at the sculpture, looking for the elevators, this was her
first time in the Hart Building.

So
who was she?

Easy
enough to find out. Just go over to the visitors log by the Constitution
entrance and check out the names. But that would be cheating.

Hey,
I'm a trained special agent, he told himself. I can solve The Mystery of the
Strangely Familiar Foxy Brunette without stooping to checking the visitors log.

So
FBI special agent Gerald Canney stood in the center of the atrium and flipped
through his mental files. After five minutes he walked over to the visitors
gate and showed the guards his ID.

'"I'd
like to see this morning's visitor sheet." The woman slid a clipboard
across the table. Gerry scanned through the names, picking out the female ones.
If he saw it, he'd know it. No doubt. It would click.

He
slid past one and jumped back to it.

Oh,
Christ! Pasta Panzella. It couldn't be. Absolutely no way Pasta had been . . .
well . . . fat. That was how she got the name. A real chubette. This gal was
anything but fat.

Something
about her face . . . slim down the rounded cheeks he remembered, do something
with Pasta's wild tangle of hair, and it could be. It had been ten years or
more since he'd last seen her, but yes, it could damn well be Pasta.

Gerry
glanced at his watch. He was supposed to be back at the office soon to meet
with Ketter on the Schulz case, but they hadn't set a definite time for the
meeting. Maybe he'd hang around here for a while and see if he could get
another look.

Pasta
Panzella . . . it was almost too much to believe.

Really? Gin thought. You're finally
going to stop talking about yourself and actually interview me? Can you stand
it?

Blair
was about her age, with thinning brown hair, brown eyes, pale skin, and a wispy
mustache. He wore a short-sleeve white shirt, a nondescript tie, and dark blue
slacks. He looked too young to be a
U.S.
senator's chief of staff, but from the
stories he'd been telling her, all starring a certain Joseph Biair, he'd been
on the Hill for the entire eight years since his graduation from Cornell with a
poli-sci degree. This was the third senator he'd worked for, and to hear Joe tell
it, he'd written more legislation than any of the members he'd staffed for.

What
a guy. Reminded her of some of the orthopedic residents in Tulane.

Gin
had been under the impression that she was going to be interviewed by Senator
Marsden himself.

"The
senator is on the floor, " Joe Blair had told her.

Gin
had looked around. "I don't understand."