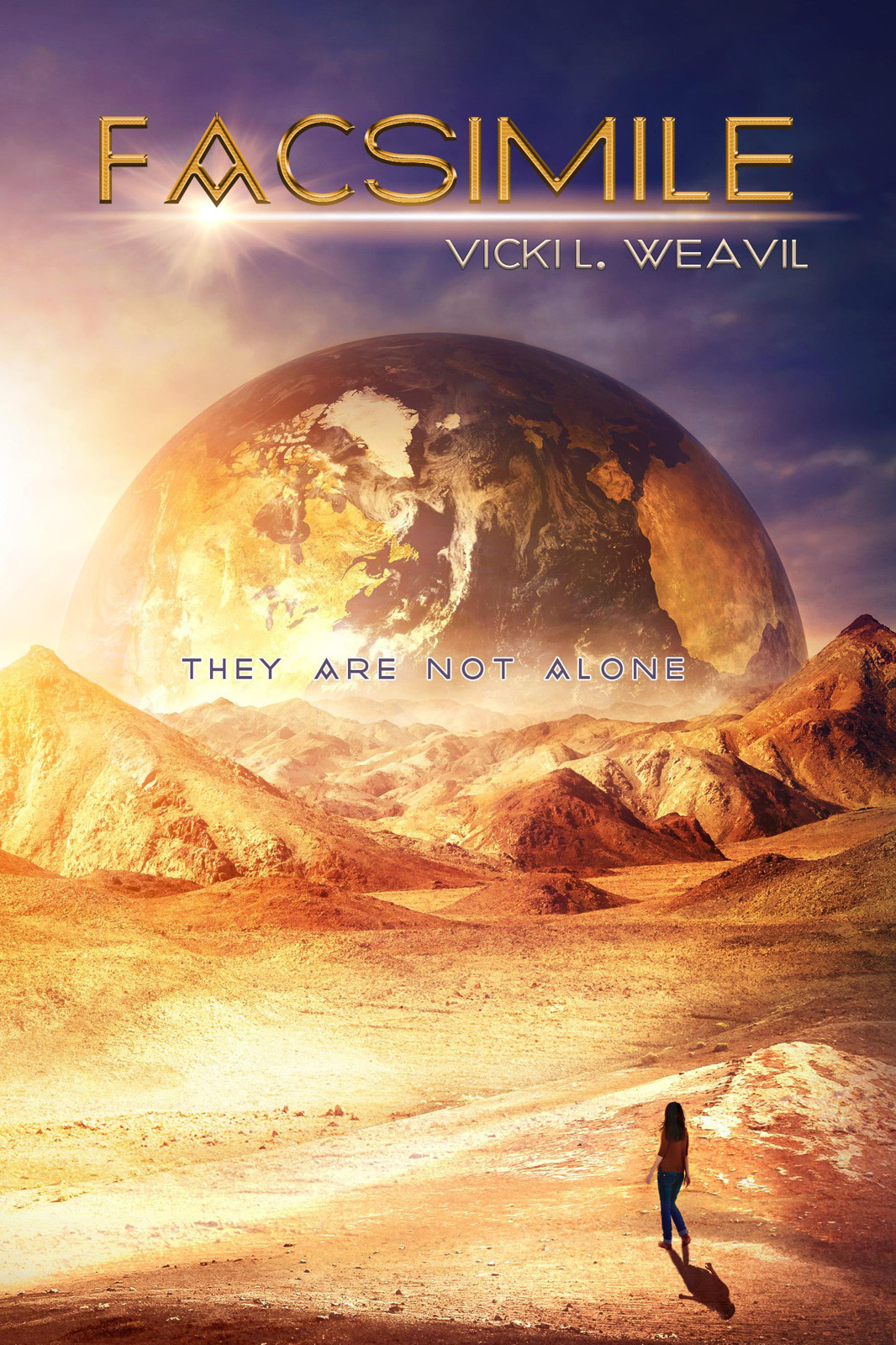 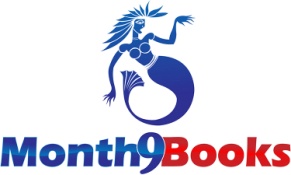 Dedicated to the memory of my father,

A man respected by all who knew him.

Thanks for everything, Dad.

A silver form streaks through the azure sky, trailing a flag of flame. The dusting of sand that covers this world of stone swirls around my boots as I climb to my feet.

A ship coming in for a landing.

I run to my solar bike, stuffing two small stones into the pockets of my jeans. The crystals, the color of amethyst, are worthless. But I’ve traded similar rocks for items of value in the past. Perhaps I’ll get lucky again.

Kicking the bike’s motor into gear, I speed toward the compound. Wisps of my dark hair whip into my face as I lean over the handlebars. I’m not wearing my helmet, which is worth at least one lecture apiece from my parents and grandparents. But I don’t fear a spill, as there’s nothing to unseat me. This is Eco—a planet whose landscape consists of large outcroppings of black stone and the occasional twisted tangle of brown vines. Easy enough to spot and avoid.

I spin the bike to a stop just outside the fence that encloses our colony. No large creatures or other dangerous entities roam Eco, so the fence merely marks the boundary between the compound and the rest of the planet. Behind the gates are patches of grass and a few stunted trees—remnants of the terraforming begun by my grandparents and the rest of their crew. The entire planet was to be transformed into a semblance of Earth’s most beautiful landscapes, but that was before. Before the NewSkies Corporation went bankrupt and stranded one hundred and thirty terraformers on a planet with breathable air and substantial underground reservoirs of water—but no arable soil.

I slip through the gate and make my way past our small herd of goats. Their paddock is enclosed beneath a dome of porous plastic that allows air in but traps the goats alongside the chickens strutting about the dusty yard. Although we don’t worry about predators, we can’t afford to lose any of our animals to the wild. They’ve been carefully bred from their cloned originals, and their milk and eggs are one of the few shields wedged between our colony and starvation.

I lean my bike against the back of the greenhouse that encloses our hydroponic gardens and slap the dust off my thin polysteel jacket, staring over the back gate toward a ribbon of smoothed stone that lies just outside the fence. The beaten-down strip serves as a runway for spacecraft visiting Eco. A pewter-colored ship sits silently on the tarmac, and several figures scramble about its cargo hold.

The back door of the greenhouse flies open. “Anna-Maria.” My grandmother’s tone is as sharp as her hawk nose. “Where did you gallivant off to? I’ve been holo’ing you for the last hour.”

My grandmother is Paloma Solano, botanist and member of the original terraforming team. She is also one of the few people I fear—and love.

“Sorry. Didn’t have my holo turned on.” I can read the suspicion in my grandmother’s dark eyes. “Did you need my help? I was just going to check out the trader, see if there was anything I could barter … ”

“No rush.” Grandmother turns her head. Despite the centuries, my grandparents’ heritage is unmistakable. Even though e-school history lessons have taught me that Peru is no more, absorbed into the South American Alliance, my grandparents’ profiles display the stamp of their Incan ancestors. “Apparently our visitor’s having trouble with his environmental controls. This ship will be stuck here while they attempt some repairs.”

“Oh, that’s too bad.” I lift my foot and examine the sole of my boot, using my fingernail to flick out a pebble.

“Plenty of time for you to trade some worthless crystals for credits.”

I plant my foot back on the ground and raise my eyes to meet my grandmother’s imperious stare. “Is it my fault if people assume things? I never tell them the crystals are actually valuable.”

“And you never say they’re not. Never mind, nieta—most of these traders deserve to be scammed.” Grandmother shields her eyes with one hand as she turns her gaze on the parked spacecraft. “God knows they cheat us often enough. Now I could use your help for a moment, Anna-Maria.”

“Ann.” I constantly resist my grandmother’s use of my given name. She persists in ignoring me.

She glances at me with raised eyebrows but offers no argument. “Come and assist me with a bit of tubing. You know my fingers don’t work as well as they should.”

I follow her into the greenhouse, where rows of black bins are shadowed by a canopy of plants suspended from a metal grid. The smell of the nutrient fluid mixed with the odors of the growing plants makes me sniffle. I press my hand against my damp forehead. Although I work here almost every day, I can’t adjust to the humidity. I resent the steamy air that drapes over me, heavy as a blanket. It’s like a vise—or a trap.

“There.” My grandmother points to one of the bins. “I can’t seem to grab hold of that feed line properly. Can you pass it up to me?”

I roll back my jacket sleeve. “There’s reason number three million four hundred fifty-five thousand why we need to get off this planet. If we were on Earth, we wouldn’t have to grow our own food. At least not in a greenhouse. Don’t you get sick of it, abuelita, constantly fussing over these plants?”

“Earth’s no different.” Grandmother’s dark eyes rake over me. “You think there’s unlimited land left for farming? Most food there is grown hydroponically, just like ours. Where do you think I learned to manage all this?” She sweeps one arm in a circle, indicating the rows of crops.

I dip my hand into the tub and fish around until my fingers close around the nutrient tube trapped under piece of the drain tray. “I thought the NewSkies Corporation trained you when you signed up to terraform Eco.”

“They taught me the science. But I already knew the practicalities. I worked in greenhouses on Earth, you know, when I was younger than you. I had to. No one was handing out credits on the street corner.” She takes the freed line from my fingers and threads it through a maze of plastic tubing. “Why do you think we took NewSkies’s offer? There was nothing for your grandfather and me on Earth except to work crap jobs and live crammed into some tiny apartment with other members of our family. I’ve told you this before, nieta, but you tend to tune me out. At least when it involves any stories about Earth that don’t paint it as a paradise.” Her black eyes narrow as she ties off the tube at just the right angle to feed one tomato plant.

I flip back my heavy braid. Sadly, my brown hair never darkened to match my grandmother’s short locks. Although she’s over sixty, only a few threads of gray, pale as the meteors that dash across Eco’s night sky, streak her black hair. “I don’t think Earth is perfect—you and Grandfather constantly remind me of the problems you faced as kids—but it is home. I mean, you were only contracted to stay here for ten years. Then you were going to head back to Earth with a big pile of credits. Say what you want about making the best of things, you gotta admit that you never planned to make Eco your permanent home. If NewSkies hadn’t left you stranded, Dad would’ve been raised on Earth. He wasn’t supposed to live here—and I sure wasn’t meant to be born here.”