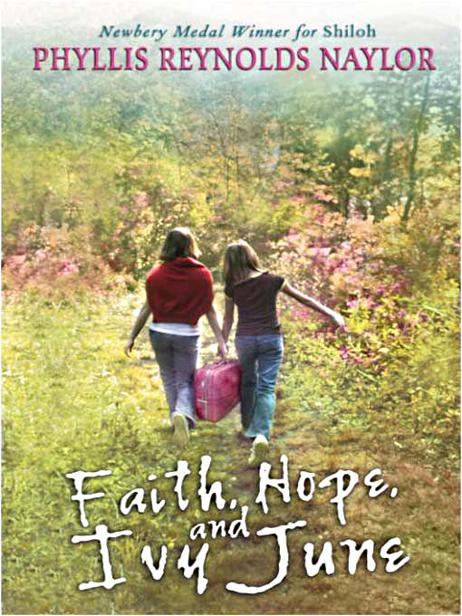 THE BOY/GIRL BATTLE BOOKS
The Boys Start the War
The Girls Get Even
Boys Against Girls
The Girls’ Revenge
A Traitor Among the Boys
A Spy Among the Girls
The Boys Return
The Girls Take Over
Boys in Control
Girls Rule!
Boys Rock!
Who Won the War? 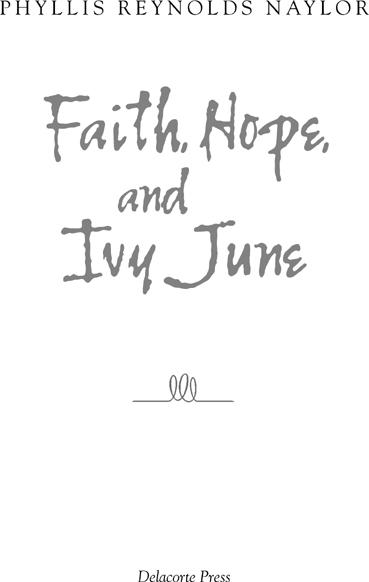 To the other members of our critique group—
Betsy Kraft, Laura Melmed, Peggy Thomson—
a thousand thanks for their insight, their patience
,
and their own marvelous books

They’ll probably be polite—crisp as a soda cracker on the outside, hard as day-old biscuits underneath.

Papaw says not to prejudice my heart before I’ve got there. But Miss Dixon says to write down what we think now so we can compare it with what we feel after.

In the weeks I’ve been worrying on what to put in the old yellow suitcase—used to be Jessie’s—I’ve taken out every last thing and tried another. I think that how I look and what I wear shouldn’t matter, but I feel that anything I put on my back will stand out like a new pimple.

Shirl says those folks in Lexington are so blue-blooded that even their snot is blue, but the farthest she’s been is up to Hazard or down to Harlan, same as me. We could count on our fingers the times we’ve been more than ten miles out of Thunder Creek, I’ll bet.

Ma and Daddy don’t much like me going on this exchange program. If I was still living in their house, they wouldn’t let me have a stranger from Lexington staying at our place. But since I’m up the hollow at Papaw Mosley’s now, they can’t very well complain.

Jessie claims it’s not me going to Lexington that bothers her; it’s Catherine coming here afterward, and what she’ll say about us once she goes back. Howard says the same, but he wants to see what Catherine Combs will do when she meets her first copperhead up on the spur.

We were all waiting for Mammaw Mosley’s voice on it, because after I come back from Lexington, Catherine will be staying here for two weeks, sleeping with me in my room and eating Mosley food. If Mammaw didn’t want the work and worry of another girl around, that would be the end it, because she’s already got Grandmommy to care for.

“Ivy June,” she says, “this may be your one chance to see what the rest of the world is like.” (Not taking Africa and China into account, of course). But if Lexington’s all I’m going to get, I figure I’ll take it. And I’ve got to remember to write about it every blessed day, which is part of the program. Catherine has to keep a journal too. We’re supposed to sign our names after each writing, even if we never show our journals to anyone, because putting our name on paper helps us own up to how we feel.

The hardest part will be keeping my mind open and my mouth shut.

It was called spring vacation in other parts of the country but mud vacation here in Thunder Creek. The highway that bypassed the valley was paved, but the narrow roads branching off it were dirt. When the rains came, creeks and roads merged in places to become mud, then soup. All but Coal Mine Road, which was asphalt so that the big trucks didn’t get stuck. Twenty or more came down that road in a single day.

Ivy June stared at the big calendar on the wall beneath the classroom clock. There were pictures of Egypt for every month. The picture for March was the pyramids, golden as the sand around them. The only connection to Kentucky that Ivy June could see was that the pyramids must have seemed like mountains to people who lived in the desert. To the people of Cumberland Gap, the huge formations that rose from the earth around them didn’t just seem like mountains: they
were.

Shirley Gaines was studying the map rolled down in front of the blackboard. The assignment had been to plan the routes that Ivy June would take to Lexington if she went by road, by air, and by water. The students were to name the airport nearest to Thunder Creek, and the series of rivers and roads leading north; to determine which routes were even possible; and to figure the cost of going all three ways.

Ivy June watched in amusement as her friend traced a winding blue water line with her finger. The Middle Fork turned and twisted so that Shirl was practically standing on her head as she followed it. By the time her finger got to Beattyville, she was off course and heading for Gray Hawk.

“Shirley, you missed a turn there somewhere, and you’re bound for Tennessee,” Miss Dixon said.

And Shirl, ever the cutup, whirled herself around and pretended to paddle as fast as she could in the opposite direction. The class roared.

But it was Ivy June who was going on the student exchange with Buckner Academy near Lexington, and if Shirl was envious, she covered it with antics at the blackboard.

To Ivy June, it seemed as though this last day before mud vacation was a bit more about the exchange program than she would have liked. She was proud, but embarrassed by all the attention. The worst thing you could be here in the mountains was a swelled head. Next to being pregnant without a husband, maybe.

In seventh-grade social studies the topic was stereotypes. Miss Dixon, who taught three subjects, asked if anyone could think of a stereotype for the bluegrass people of Kentucky—the horse people.

“Rich and spoiled,” said Fred Mason. “Everyone drives a Mercedes and owns a swimming pool.”

“Ivy June?” said the teacher. “Can you give us a stereotype?”

“They think their ideas are the best ’cause their granddaddy was … was Thomas Charles Harrison Caldwell the Third or something,” said Ivy June, knowing she’d have to write this down in her journal. The class laughed some more. Every single thing she thought and said, almost, had to go in that journal. Her only consolation was that Catherine Combs had to do the same.

Miss Dixon only smiled. “Luke,” she continued, “what about you?”

And the large boy in the frayed sweatshirt answered, “Everyone’s a millionaire and don’t even know how to cut his own grass.”

“Well, we’ll see what Ivy June has to tell us when she gets back,” Miss Dixon said, “and of course, we’ll get to meet the girl from Buckner Academy ourselves.”

Ivy June felt a touch of sympathy for Catherine Combs just then, coming here with all that said against her. But it was Luke’s remark that rang in her ears. Last summer, Luke Weller and his brothers had had to get up at five o’clock six days a week to cut grass for a lawn company up north—no vacation at all. And Ivy June truly believed that if anything happened to Papaw while she was away in Lexington, it was because of what she had made happen to Luke Weller’s dad.

Stuck in the 70's by Debra Garfinkle
The Awakening by Michael Carroll
La cruzada de las máquinas by Brian Herbert & Kevin J. Anderson
Fighting Chance by Paulette Oakes
The Wild Culpepper Cruise by Gary Paulsen
The Glass Castle by Jeannette Walls
Tennessee Williams: Mad Pilgrimage of the Flesh by John Lahr
Bought For One Night: The Sheikh's Offer by Holly Rayner
The Last Heroes Before Judgement by Matt Wilk
The Gurkha's Daughter by Prajwal Parajuly
Our partner