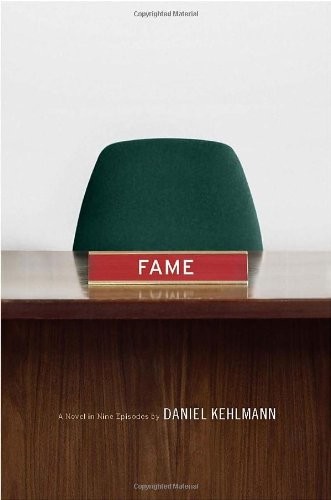 For A and O

Rosalie Goes Off to Die

Replying to the Abbess

A Contribution to the Debate

How I Lied and Died

E
ven before Ebling reached home, his cell phone rang. For years he had refused to buy one, because he was a technician and didn’t trust the thing. Why did nobody wonder about whether it was a good idea to clutch a powerful source of radiation to your head? But Ebling had a wife, two children, and a handful of acquaintances, and one of them was always complaining that he was unreachable. So finally he’d given in and bought a phone, which he asked the guy he bought it from to activate immediately. In spite of himself, he was impressed: it was absolutely perfect, beautifully designed, smooth lines, elegant. And now, without warning, it was ringing.

Very hesitantly, he picked up.

A woman asked for someone called Raff, Ralf, or Rauff, he couldn’t figure out the name. A mistake, he said, wrong number. She apologized and hung up.

That evening, the next call. “Ralf!” The man’s voice was
loud and hoarse. “What gives, what are you up to, you old bastard?”

“Wrong number!” Ebling sat up in bed. It was already past ten o’clock and his wife was looking at him reproachfully.

The man apologized, and Ebling switched off the phone.

Next morning there were three messages. He listened to them in the subway on the way to work. A giggling woman asked him to call her back. A man yelled that he should come over right away, they weren’t going to wait for him much longer; you could hear music and the clink of glasses in the background. And then the same woman again: “Ralf, come on, where are you?”

Strange, said the representative, sounding bored. Simply couldn’t happen. Nobody was given a number already assigned to somebody else. There were all sorts of security measures to prevent it.

No, said the woman. Absolutely impossible.

“And what are you going to do about it?”

She said she had no idea. Because the whole thing was impossible.

Ebling opened his mouth, then shut it again. He knew that someone else in his shoes would have lost it—but that wasn’t his sort of thing, he was no good at it. He hit the off button.

“This is Ralf’s number!”

Ebling hung up and stuck the phone in the pocket of his jacket. The subway was jammed again, so he was having to stand today as well. On one side a man with a big moustache was glaring at him as if he were his sworn enemy. There were a lot of things about his life that Ebling didn’t like. It bothered him that his wife’s mind was always somewhere else, that she read such stupid books, and that she was such a lousy cook. It bothered him that he didn’t have a smart son, and that he didn’t understand his daughter at all. It bothered him that he could always hear his neighbors snoring through the party walls, which were way too thin. But what bothered him most of all was being on the subway at rush hour. Always packed in, always jammed full, and always the same stink.

But he liked his work. He and dozens of his coworkers sat under very bright lamps examining defective computers sent in by dealers from all over the country. He knew how fragile the brains of the little disks were, how complex and mysterious. No one fully understood how they functioned; no one could say for sure why they suddenly broke down or went haywire. For a long time now nobody had attempted to establish the root causes, they simply substituted one component or another until the whole thing started working again. He often thought about just how much in the world depended on these machines, bearing in mind what an exception, even a miracle, it was if they actually did the things they
were supposed to. In the evenings, half asleep, he was so troubled by this idea—all the airplanes, all the electronically guided weaponry, the entire banking system—that his heart began to race. That’s when Elke snapped at him, saying why couldn’t he just lie there quietly, she might as well be sharing her bed with a cement mixer, and he would apologize, thinking that his mother had long since been the one to tell him that he was too sensitive.

As he was getting out of the subway car, the phone rang. It was Elke, telling him to buy cucumbers on the way home tonight: the supermarket in their street was offering a special on them.

Ebling said he would and hung up fast. It rang again and a woman asked him if he’d thought it over, only an idiot would give up someone like her. Or did he see it differently?

No, he said without thinking, that’s how he saw it too.

Ebling’s heart thumped, and his throat was dry. He hung up.

He was confused and nervous the whole way to the office. Obviously an original owner of this number had a voice similar to his own. He called Customer Service again.

No, said a woman, they couldn’t just give him another number unless he paid for it.

“But this number already belongs to someone else!”

Impossible, she said. There were—

“Security measures, I know! But I keep getting calls for … You know, I’m a technician myself. I know you’re inundated
with calls from people who are absolutely clueless. But this is my area. I know how—”

Nothing she could do, she said. She would pass on his request.

“And then? What happens next?”

Then, she said, they’d see. But that wasn’t part of her job.

That morning he couldn’t concentrate on his work. His hands trembled and he had no appetite during his lunch break, even though there was Wiener schnitzel on the menu. The canteen didn’t have it very often, and normally he was already looking forward to it the day before. But this time he put his tray back on the rack with his plate still half full, went off to a quiet corner of the dining room, and switched on his phone.

Three messages. His daughter, wanting to be picked up from her ballet class. This was a surprise to him because he hadn’t even known she was taking dancing. A man, saying please call back. There was nothing in his message to suggest which one of them he meant: Ebling or the other one. And then a woman, wanting to know why he was making himself scarce. This voice, deep and caressing, was one he hadn’t heard before. Just as he was about to disconnect, the phone rang again. The number on the screen began with a plus sign and 22. Ebling didn’t know which country code that was. He knew almost nobody in other countries, just his cousin in Sweden and a huge old woman in Minneapolis who sent a photograph of herself every year at Christmas, raising a glass with a big grin.
To all the dear Eblings
it said on the back, and
neither he nor Elke had a clue which one of them she was related to. He picked up.

“Are we seeing each other next month?” a man asked loudly. “You’re going to the Lucerne festival, aren’t you? They’re not going to make it without you, not the way things are, Ralf, you know?”

“That guy Lohmann. Should have expected it. Have you spoken to Degetel’s people?”

“C’mon, it’s time! Lucerne can really help, like Venice three years ago.” The man laughed. “Apart from that? Clara?”

“I think so too,” said Ebling.

“D’you have a cold? You sound funny.”

The man hung up. Ebling leaned against the wall and rubbed his forehead. He needed a moment to get ahold of himself: this was the canteen, he was surrounded by coworkers eating schnitzel. At that moment Rogler was going past, carrying his tray.

“Sure.” Ebling switched off the phone.

The whole afternoon, he couldn’t focus. The question of which part in a particular computer was defective, and how anyone could have arrived at the errors described in the dealers’ cryptic reports—
customer says re-set activ. imm. bef. display but indic. zero
—just didn’t interest him today. It was the same feeling you got when something was making you happy.

He prolonged the moment. The phone stayed silent during the subway ride home, it stayed silent while he shopped for cucumbers in the supermarket, and all during dinner with Elke and the two children, who kept kicking each other under the table, it slumbered in his pocket, but he couldn’t stop thinking about it.

Then he went down to the cellar. It smelled of mildew, there was a pile of beer crates in one corner, and the component parts of a temporarily disassembled IKEA wardrobe in another. Ebling switched on the phone. Two messages. Just as he was going to listen to them, the gadget vibrated in his hand: someone was calling.

“Now what?” She laughed. “Are you playing games with me?”

Ebling looked around. He knew this cellar better than any place in the world. He had put every object in it there himself. “Tomorrow. You say when and where. I’ll be there.”

He heard her take a deep breath. “
Pantagruel.
Nine o’clock. You make the reservation.”

“You know this is crazy?”

She laughed and hung up.

That night he reached for his wife for the first time in a very long time. At first she was simply incredulous, then she asked what had come over him and had he been drinking, then she gave in. It was quick, and even as he felt her still underneath him, it seemed to him that they were doing something transgressive. A hand tapped his shoulder: she couldn’t breathe! He apologized, but it was another few minutes before he pulled away and rolled over on his side. Elke switched on the light, gave him a disapproving look, and retreated to the bathroom.

Of course he didn’t go to Pantagruel. He left the phone switched off all day, and at nine o’clock he was sitting in front of the TV with his son watching a second division soccer match. He felt an electrical prickling, it was as if he had a doppelgänger, his representative in a parallel universe, who was entering an expensive restaurant at this very moment to meet a tall, beautiful woman who hung on his words, who laughed when he said something witty, and who brushed her hand against his, now and again, as if by accident.