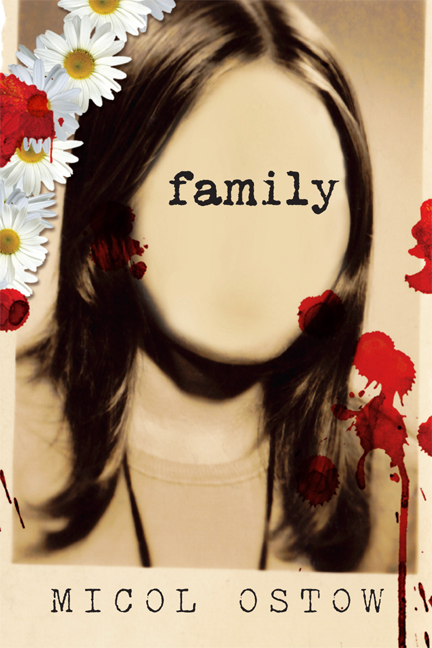 For Louise Hawes, my patron saint.

We bring stories to life

Author’s Note: While I drew the inspiration for this novel from the Charles Manson family and the events of the summer of 1969, it is a work of fiction and not meant to represent any specific persons or time in history.

Summary: In the 1960s, seventeen-year-old Melinda leaves an abusive home for San Francisco, meets the charismatic Henry, and follows him to his desert commune where sex and drugs are free, but soon his “family” becomes violent against rich and powerful people and she is compelled to join in.

“At my will, I walk your streets and am right out there among you.”

i have always been broken.

this is something i’ve known forever, for at least as long as i can remember.

it doesn’t bother me anymore, this knowing, this fact that can’t be danced around.

the people who tell you that you can be put back together are wrong; they have their own ideas, their own agenda. i know this now. now, i know.

then, i would have died for someone to tell me that they saw in me a glimmer of hope, of wholeness, this idea that there was something about me worth saving, savoring, worth staying with. worth putting back together.

i would have.
died.

and maybe it would have been better if i had.

this is something else that now, i know.

my hands are streaked with blood that is not my own.

my hands are streaked with blood, and there is screaming.

somewhere in the house, there is a high-pitched, constant screaming that has, by now, dissolved into the sort of ambient white noise that a person could tune out, easily enough, if she were so inclined. canned horror, like you might find on a sound-effects recording, or at a theme-park haunted house. so many voices. so much panic.

i am so inclined; i tune the shrill vibrato out, send it to a separate frequency, set it aside for the immediate future, as i tend to the issue of my stained, shaking hands.

how did they get this way?

i know the answer. i don’t want to know the answer, but these are things i can’t undo, can’t un-know. things that are both my fault, my responsibility, as well as being beyond my control.

my hands shake, the blood pooling into the crevices of my gnawed-down cuticles.

“stay here, mel,” shelly whispered, crouching in the door frame, her knife’s blade glistening by a sliver of caught moonlight. “listen for sounds.”

my hands shake. and even now, amidst the chaos, i am struck by how i have my mother’s hands, though hers have never looked like this, would never look like this.

i can’t help but think that things could have been so different.

when i was twelve years old, i drowned.

it was a family outing to the beach, the weather cooperative, if “uncle” jack’s temper

i loved the beach. i still do.

in a different, real way than how i’d drowned

(how i’d
been
drowned)

but still, i loved the beach:

the ocean, the horizon.

the water was cold, bracing, but once i’d eased in past my shoulders, i hardly noticed.

instead, i focused on other sensations: the sting of salt burrowing into the thin membrane of skin on my lower leg, a slithery strand of seaweed brushing against me. the movement of the ocean current against my forearms as i paddled to tread water.

i bobbed along, tethered by the pedaling of my legs. i could still make out the shoreline, the figures projected there in silhouette, and i fixated, briefly, on a couple. they were young, but older than i was. they looked like they had stepped off the cover of a romance novel. he was chiseled, steely, all-american. she was soft, lush, sun-streaked. he lifted her, tossed her over his shoulder and pulled her into the surf as she pounded her dainty fists against his back in mockprotest.

i could hear her shrieks of laughter. i couldn’t nothear them.

i tilted back, recalled the game my mother and i once played together: looking for shapes in the clouds above.

there had been a time, now nearly forgotten, that my mother did play games, you see. eons earlier, ages long past. back before uncle jack came into our lives. she had managed to pass something along, after all. something other than the curve of her smooth, unlined hands. something that i struggled to recapture in that instant, alone.

it took a moment for my eyes to adjust against the burn of the sunshine behind the haze, but then i saw it: a face. bushy eyebrows, lashes, pupils, a speck of a nose, something you might see on a cartoon character. an upturned grin.

mother loved the unpredictability of cloud formations, the way that you could project onto them almost anything you wanted to see. it went against her need for either/or, her need to always know, one way or the other.

but that never bothered me. i liked to have a game with her, liked her reassurance that the images that flashed before me were in some unexplainable way, logical. that someone else could maybe see them, too.

except that she and i, we never saw the same images in the sky.

“a flamingo,” she told me once, when i was much younger, jabbing a manicured finger upward. “the runaway bunny. a butterfly.”

the streaks she pointed at expanded and collapsed under the imaginary weight of her fingertips, shifting. “a…,” she floundered.

i countered, my own hands stubby and unkempt, even then. she filed my fingernails for me; it was my own fault that i couldn’t stop biting them. a vile habit, one i couldn’t break.

“an evil wizard. the giant from ‘jack and the beanstalk.’ a sea witch.”

i saw it, too, in the same clump of white that she’d been eyeing; her bunny’s tufted ears were my giant’s crooked fingers, beckoning.

it was a beautiful day, the kind that makes you feel that surely someone
must
have made a mistake, that there couldn’t possibly be anything as perfect and whole as the earth, and yet.

even then, i saw it—a giant, with crooked, beckoning fingers. and i knew that even if he wasn’t real, the version of our world being peddled on a sunny day like today was fleeting. that there
couldn’t
possibly be anything as perfect and whole as all of that.

that there was something about a girl who insisted on seeing the ogre over the bunny. who
chose
that for herself.

i knew, even then.

even then, i was being pulled.

back at the beach, motherless, however temporarily, a breeze tickled the tips of my shoulders, causing my skin to break out in gooseflesh. i shivered, and the tableau above reconfigured itself. eyebrows tilted in, pupils shrank down, mouth stretched to a thin line.

i shivered again. the shift was minuscule. a blink, a hiccup, imperceptible.

but swift. and unmistakable. the way that my mother could be.

back when i had a mother.

i bobbed along in the water, tilted myself. redirected my gaze from the shore to the horizon. it was endless. which made me want to follow it.

infinity has always felt impossible to me. there is nothing, after all, that doesn’t end.

i had thought about it before, of course. about infinity. about shoulder blades and thighs, sturdy bodies and things that can and can’t be shared. about mothers who don’t mind if you go into the ocean by yourself, as long as you “don’t go too deep.”

about swift shifts, imperceptible but unmistakable.

i
was shifting, drifting. i told myself that i was maybe being carried, that i wasn’t actually making a choice.

but the truth was,
that
was a choice. that i
wanted
to drift, to be gone. to be weightless. it
was
. a choice.

so, there were pills.

but. it takes a lot of pills—a waterfall of pills—to become weightless, and halfway through, i changed my mind. just in case things didn’t, actually, go on forever.

or just in case they did.

i told my mother. we pumped my stomach. didn’t tell uncle jack, since he and his constant anger were off at work.

mother didn’t bring it up again after that.

it seems to me that the type of people who see bunnies in the clouds are the ones who aren’t going to nod in agreement when all you’re seeing is a fairytale ogre who is looking to steal you away, to cause you harm.

which goes a long way toward explaining why mother and i so rarely found any common ground. how we—almost unwittingly, inadvertently—rubbed our tenuous connective tissue raw.

back when i had a mother, i mean.

there was a sharp whistle, and then hands. large, steady hands that slipped around my torso, clasping under my shoulders, firm, insistent. i inhaled sharply, looked up.

another boy, also chiseled, steely, all-american. i flushed despite the chill of the water. “why?”

“you’re a mile out.” he nodded his head, gestured toward the shoreline. or, where i imagined the shoreline would be. i was shocked to find that i couldn’t actually see it. i was a mile out. really.

“but…” this made no sense. i had only been floating.

of course. the undertow.

there had always been a pull directing me.
has
always been. pushing, stretching, applying pressure in every direction but home.

i realize that now.