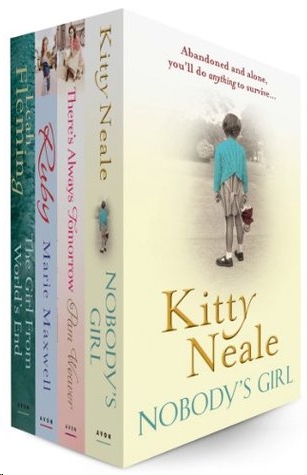 The Girl From World’s End 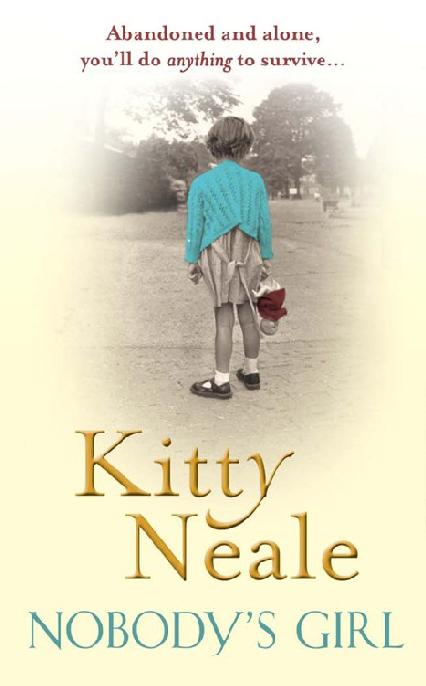 We have worked together, laughed together, shared sadness and tears, my precious friend for over twenty years.

Read an Extract from A Father’s Revenge

With thanks to Maxine Hitchcock, Keshini Naidoo, and all the team at Avon for their much appreciated kindness and help in bringing this novel to print.

The moon was in its first quarter as the man climbed out of his car. A high wind wailed through the skeletal branches of trees, the sound echoing that of the tiny bundle clutched in his arms. He ignored the cries, uncaring, feeling only disgust as he held the bundle away from his body.

His face was grim. He was going to make his daughter pay for almost ruining the family name, and her bastard would pay too. It would cost him dearly, yet worth it to watch her suffer, not once, but twice. My God, he had thought her perfect, his only child, but she had turned out to be a slut.

He reached the end of the lane, his eyes flicking from side to side as he turned onto a small, built-up road. He had chosen well. There were no houses, and with a wartime blackout in force, no streetlights pierced the dense blanket of darkness.

The building loomed, but still he was cautious, looking swiftly over his shoulder before roughly
laying the bundle on its concrete steps. The wrapping fell to one side, the infant mewling, but the man was heedless of the cold night air.

At first he had wanted the bastard dead, but then decided it would be too easy for her, the slut’s suffering short. No, he’d bide his time, watch her grieve, and then one day, when the time was right, he’d tell her the truth. And when he did, he’d watch as she suffered all over again.

His smile thin, he swung on his heels now, swiftly walking away.

He was only just out of sight when a door swung open. A woman emerged, running swiftly down the steps and, taking up the baby, she carried it inside.

Dolly Dolby picked up a thick white plate from the stack and scowled. ‘Gertie, get in here!’

Up to the elbows in hot water, Gertrude Wilson sighed and, grabbing a tea towel, she hurriedly dried her hands before leaving the small, cramped washing-up area. She was used to Dolly’s moods and met her ferocious gaze with equilibrium.

Dolly stiffened with annoyance. She was a woman at odds with her name: there was nothing doll-like in her appearance. Tall, formidable, and big-boned, with a broad flat face above wide shoulders, her only saving grace was long, thick, chestnut-brown hair. However, the only person likely to see it was her husband when she let it down at night. In the kitchen she wore it pulled back tightly and covered with a thick hairnet.

Scowling again, she indicated the remnant of
dried egg on the rim of the plate. ‘What do you call this?’

‘I do me best, but I ain’t feeling too good today.’

‘What, again? Mrs Neverwell, that’s you. If it ain’t your bleeding varicose veins, it’s your arthritis. Maybe I should think about replacing you with someone who can wash up properly.’

It was an empty threat, but one Dolly enjoyed. Gertie had been working in the café for over ten years, and in her own way Dolly was fond of the woman. There weren’t many who would put up with the conditions in the small washing-up room, which contained just two deep Belfast sinks with wooden draining boards. There was a tiny window looking out onto the yard, and now, in July, it was like working in a hothouse.

‘After all the years I’ve worked for you, you’re threatening to sack me over one dirty plate,’ Gertie whined, her small brown eyes filling with tears.

‘All right,’ Dolly placated, ‘don’t start with the waterworks. I’m just spouting wind and you know that. Just make sure that in future you wash up properly.’

‘Two full breakfasts with black pudding and fried bread,’ Rita Marriner shouted as she hurried into the kitchen, slapping an order slip onto the table.

Dolly glared at the young waitress. ‘Didn’t you hear the bell? Those two breakfasts have been standing there for nearly five minutes.’

Rita’s eyes blazed as she picked up the standard meal of sausages, bacon, fried eggs and beans. ‘No, I didn’t hear the bell. I’ve only got one pair of hands and it’s a bit much expecting me to cope with all the tables. It’s about time you found another waitress.’

‘Don’t give me any lip, young lady. You’re getting paid extra so you ain’t got much to complain about. Now get those breakfasts out of here and make sure you ask them if they want bread and butter with it.’

Clutching the two plates, Rita pushed the swing doors with her bottom, saying as she reversed out of the kitchen, ‘Why don’t you stick a bloody broom up me arse and I’ll sweep the floor at the same time!’

Dolly’s mouth opened and shut like a fish floundering out of water. She turned her eyes on Gertie, taking her anger out on the thin, middle-aged woman as she yelled, ‘What are you looking at? Get on with the washing-up.’

As Gertie scurried off, Dolly slapped four rashers of bacon into a frying pan, her shoulders rigid. Rita had been working in the café for only about two months, but the young madam would have to go. It was always the same with youngsters nowadays: they gave you lip, and she wasn’t putting up with it. Mind you, with only one waitress at the moment she’d have to stay her hand until she found a replacement.

The pace was picking up, costermongers from the market ready for their breakfasts. Two more rashers joined the pan, all Dolly’s concentration now focused on the morning rush.

Bernard Dolby stood behind the counter, a large stainless-steel pot in his hand as he poured tea into thick, white china cups. The antithesis of his wife, Bernard was quite short and thin, except for a slightly protruding beer belly. He had light brown hair that was thinning, and most of the time his grey eyes carried a mild expression.

Rita came running up, looking harassed as she picked up the cups of tea, calling out as she hurried away again, ‘Two slices of bread and butter please, Bernie.’

He turned to the work surface behind him, spreading butter on the bread before cutting the slices into neat triangles. ‘Who are they for, Rita?’

‘Morning, Derek,’ Bernie said as he took the plate across the room and placed it beside the man.

Derek Lewis looked up, his pug-nosed face breaking into a grin. ‘Watcha, mate. I won me fight last night.’

Bernie smiled, wondering what the other
amateur boxer looked like. One of Derek’s pale blue eyes was swollen, the start of a nice black eye visible. ‘How many rounds did you go?’

‘Only six, then I knocked him out just before the bell.’

‘Well done,’ Bernie said, but seeing two customers waiting to pay for their meals, he went back to his post.

‘Right,’ he said, taking the first slip, ‘that’ll be one and six, please.’

Bernie picked up the two shillings proffered. ‘There you are, a tanner change. Dolly’s doing her steak-and-kidney pie for lunch.’

The man licked his lips. ‘That’ll do us. Save a couple of slices, Bernie.’

‘Will do.’ And taking the other man’s slip he added, ‘Egg and Bacon, plus bread and tea – that’ll be a shilling.’

The two young men left and, as the café filled with more customers, Bernie refilled the large teapot, ready for the rush.

It was nine thirty before Bernie drew breath, a sheen of sweat on his forehead as the last customer paid his bill.

‘Rita, when you’ve finished clearing the tables, you can have your break.’

‘If my wife comes out of the kitchen and sees
the state of the place, she’ll have your guts for garters.’

‘It ain’t my fault. It’s impossible to do double my tables
and
clear them at the same time.’