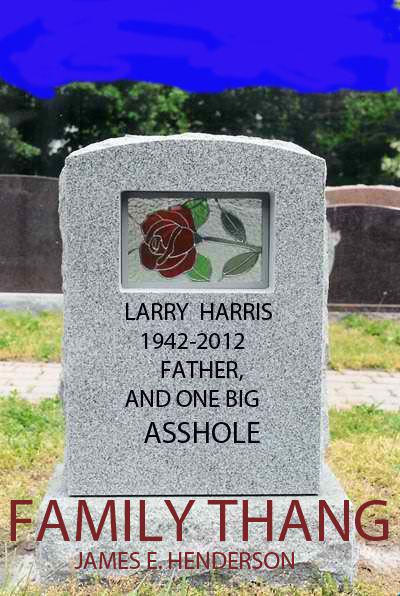 He enjoyed telling people he
built this church with his bare hands. Actually, he’d glimpsed the floor plan and once, only once, picked up a hammer and banged a few nails. God had inspired him that day.

Yet today he felt he had defiled his church and himself. He considered genuflecting before the gold cross inlaid in the black marble pulpit and asking for forgiveness. Instead he closed his eyes and prayed silently.

A poor excuse, he thought, if today’s event took a bad turn.
A very poor excuse!

Two days ago, Ida Harris, a friend of an infrequent parishioner, visited his office and requested the use of his church for her husband’s funeral. Of course he’d declined. She and her hu
sband were not church members.

Ida Harris retrieved an envelope from her purse and slid it across his desk. It bulged with currency.

Reverend Walker then lost sight of his divine purpose, for he cleared his throat and changed his mind.

“Mrs. Harris, at some point your husband intended to join Greater Paradise, did he not?”

“He ever listened to one of my taped sermons?”

“Drive by the premises?”

“Ever mention the church or my name?”

Mrs. Harris looked uncomfortable. “In a good light or bad?”

“Amen. Your husband is welcome here.”

“Reverend Walker, my husband suffered a rather horrible death. Are you aware what happened to him?”

“The ride in the ambulance he professed his love for Jesus.”

“Bless his soul. Mrs. Harris, the Good Lord doesn’t care when you jump on the bus. He cares you don’t miss it. Scheduling is not as important as showing up.”

After he tucked the envelope inside his gray three-piece pinstripe suit, Mrs. Harris requested an eulogy for her late husband’s pet, a Pekingese, Kenny G, a name the reverend would never forget.

Honestly, he hadn’t taken her request seriously; no one proffered a dog an obsequy. Mrs. Harris was distraught, and once she’d given the matter a little thought, she’d realize how outrageous the request. Or, one of her family members would inform her the idea was preposterous.

And that, he’d thought, would be the end of that.

Then, last night, the director at Owen’s Funeral Home called him to confirm that two caskets, standard size and a mini, in which rested a small dog, were to be delivered to Greater Paradise the following day.

“A damn dog! Inside my church! Are you crazy?”

“Well, the lady, a Mrs. Harris, said you were in full accord with the arrangements. I wanted to confirm this with you because it’s quite unusual. For the record, Reverend Walker, we did not prepare the dog. Moe’s Taxidermy provided that service.”

Reverend Walker remembered, groaned and almost choked. He’d had to sit down. Not only had he forgotten the agreement he’d disseminated (he preferred
disseminated
to
spent
) the entire two thousand dollars Mrs. Harris had stuffed in the envelope.

What could he do? Nothing except follow through with his promise; after all, he was a man of God. He looked up at the ceiling, copper-plated tiles from one end to the next, and massaged his nape.

An inspiration came to him: he would keep the mutt’s casket closed and he wouldn’t mention a word about it, not even to his staff. Yes, there would be speculation, a lot of speculation--
so what?

“Reverend Walker,” a voice behind him.

He turned to see Reverend Jones walking up the aisle.

Reverend Jones stepped beside him before saying, “Sir, there’s a major misunderstanding in today’s service.”

“The grapevine has it we’re burying a dog today.”

“Reverend Jones, you’re not castigating a deceased man for his sins, are you? We’ve all fallen short of the glory of God.”

Reverend Walker stared at the self-assured but uninitiated gleam in the young man’s brown irises.
Herman Cain affixing names to a blank globe.

He’d taken Reverend Jones in as an associate pastor as a favor to his father, Brother Bobby Jones, an erstwhile deacon who’d served twenty years of faithful service at Greater Paradise.

Reverend Jones, attired in a diamond-white Brooks Brothers suit, was Reverend Walker’s polar opposite: young, single, handsome, well-educated, a full head of black curly hair and an idol to every lonely woman in the congregation.

Yes, Reverend Walker thought, he’s fit to be a legit hit.
And he preaches like a dyslexic reading a
French dictionary.

“Reverend Jones, let me handle today’s service. Need I remind you rumors tear down walls, not build them up.”

“Reverend Jones, look toward the front. What do you see? Obsidian, top to bottom. Why? So the Good Lord and everyone else, saints and sinners, can see the good works performed here.”

“Reverend Jones, listen closely.” Louder: “I got this!”

Two hours later the mourners started to pour in. Reverend Walker assumed his seat directly behind the pulpit in a hand-carved Bishop chair between two similar but smaller chairs. Reverend Jones sat to his right.

Blessedly, Reverend Tim Moore, the other associate pastor, was absent. Tim had a disconcerting habit of fainting during funerals.
Reverend Moore on the floor. Again!

The choir director, Paul Williams, a thin, dark-skinned man, entered the sanctuary through a side door and sauntered up the dais in a yellow three-piece suit and yellow silver-tipped shoes.

Reverend Walker wanted to ask him the name of the clothing store what sold him a suit that contrasted so violently with his complexion.

The choir director knelt before Reverend Jones. “There are two coffins outside. Two,” holding up two fingers. “Two!”

“Are you sanctioning this? If you are I refuse to conduct services for a dog. It’s…” He paused, left eye twitching, glancing at Reverend Jones. “It’s…it’s not right!”

“Mr. Williams, need I remind you I’m the pastor here, not you. If you entered through the front entrance you saw my name on the billboard out front, my name engraved in the sidewalk.” A whisper: “Therefore, if I say we conduct services for a cat, a horse, a cow, a yellow-bellied sapsucker, then it shall be done.”

Just then, as if on cue, the glass doors opened and two silver caskets were wheeled in.

“Mr. Williams, usually a musical number starts about now, does it not?”

The choir director’s mouth opened and closed, both eyes twitching, then he backed away, staring at Reverend Walker. He stumbled on a floor speaker on his way to his stand in front of the choir.

He motioned the choir, a group of thirty or more, all but three draped in gold robes. They stood uniformly and started singing
God Is Keeping Me
.

The family entered behind the caskets, walking in tandem, in step to the music. First Ida Harris and Robert Earl, then Ruth Ann and Lester, and bringing up the rear were Shirley and Shane. An usher directed them to the front pew and they stood solemnly until the music ended.

A long moment of silence occasionally interrupted by coughing, throat clearing and an infant crying.

Reverend Walker stepped to the pulpit, adjusted the mike to his height, cleared his throat and said, “Amen.”

He looked over the congregation, a small group, mostly funeral regulars, those who relished every opportunity to ogle a cadaver. Three people sat in the balcony despite the ample seating on the ground floor.

“Amen,” the congregation responded and sat down.

“Amen,” Reverend Walker said. He made the signal for the head usher to open the casket, scratching the left side of his neck.