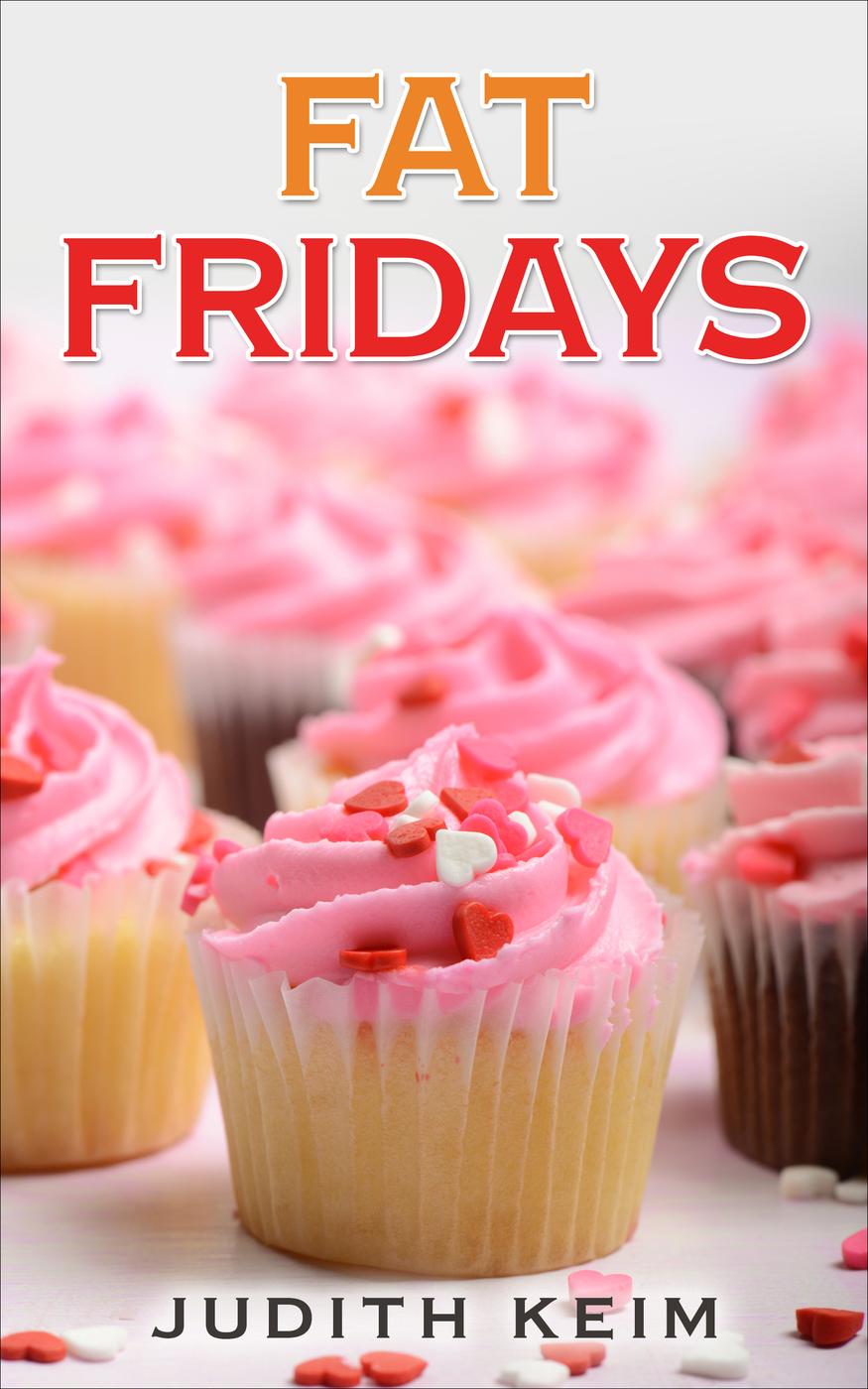 This is a work of fiction. Names, characters, places, public or private institutions, corporations, towns, and incidents are the product of the author’s imagination or are used fictitiously. Any resemblance to actual events, locales, or persons, living or dead, is coincidental.

No part of this book may be reproduced or transmitted in any form or by any electronic or mechanical means including information storage and retrieval systems without permission in writing from the author, except by a reviewer who may quote brief passages in a review. This book may not be resold or uploaded for distribution to others.

For All the Women Whose Friendships | Have Meant So Much to Me | Love You!

For All the Women Whose Friendships
Have Meant So Much to Me
Love You!
CHAPTER ONE
SUKIE

L
ife was good Sukie Skidmore thought as she returned home from an early Christmas shopping day in Atlanta. Her daughter was doing well in college and her son and daughter-in-law would present her with a grandchild in the next few months. Ted, her husband, hated the idea of becoming a grandfather but Sukie, even as young as she was, loved the idea of a little one in the family.

Surprised to see her husband’s BMW in the driveway, Sukie hurried inside and up the hallway stairs to see if he was all right. He’d complained earlier of coming down with a cold. The door to their bedroom was closed. She stepped closer. At the noises she heard from inside it, she realized something was wrong. Very wrong.

She flung open the door.

Ted’s bare bottom was moving rhythmically on top of Emmy Lou Rogers, her Pilates instructor. Seeing Sukie, Emmy Lou shrieked, pushed Ted away, and scrambled to her feet. Taking itty bitty steps that bobbed her ample breasts up and down in a comic dance, Emmy Lou hurried to reach her clothes strewn on the floor.

Ted faced Sukie, his manhood standing tall. “Get out of here!”

His snarling words shredded Sukie’s attempt at composure. She let out a howl, reached for Emmy Lou, who was trying to edge her way out of the room, threw her to the floor and pinned her down.

“Your boyfriend, the one you talk about in class, is my
husband
?” she shrieked at Emmy Lou.

“Stop it!” Ted grabbed hold of Sukie and pulled her off Emmy Lou.

Outraged, Sukie fought him with all her might. She didn’t realize while she and Ted were scuffling, Emmy Lou was calling the police.

N
ow, sitting in her car outside of
Anthony’s
restaurant, remembering the humiliation of facing the police chief in such mortifying circumstances, Sukie’s body hummed with indignation. During the past few months, her personal situation had become even more of a public nightmare as Emmy Lou eagerly spread her version of the sleazy details, making Sukie seem a pathetic woman who couldn’t keep her husband happy.

Sukie let out a sigh. She’d promised to meet a friend for lunch and though she hated the thought of being out in the community, she couldn’t let Ted and Emmy Lou’s actions force her to continue hiding in her house. No more, she vowed, climbing out of her car. But crossing the parking lot toward the popular restaurant, she felt as if she’d swallowed a whole colony of ants. Anthony’s was one of the busiest places in town, and she despised being the cause of small town gossip in Williston, Georgia.

She entered the restaurant then paused. Trying to ignore the stares and whispers cast in her direction, she searched for Betsy Wilson’s friendly face. The delicious aroma of garlic and tomato wafted around her. Anthony’s wasn’t fancy, but it was known as the best place in town for pizza.

Sukie followed the sound of Betsy’s distinctive laugh to a back booth where Betsy sat with three other women. Seeing her, Betsy smiled and patted the empty space beside her. Sukie gratefully slid into the oversized booth onto the soft, red plastic-covered seat.

“I’m so glad you came!” Betsy gave her a grin that eased some of the tension from Sukie’s shoulders. “I want you to meet my friends. And this, dear ladies, is Sukie Skidmore.”

Curious about Betsy’s companions from work, Sukie nodded to each woman as introductions were made.

Lynn Hodges reached across the table to offer Sukie her hand.

Studying her, Sukie shook it. Lynn was as well-padded as Betsy. Her short, no-nonsense haircut showed signs of gray, making her the oldest of Betsy’s three friends. Intimidated by Lynn’s frank, blue-eyed stare, Sukie picked up a menu.

Betsy turned to the others. “I told Sukie ‘be there or be square’.”

Sukie couldn’t help rolling her eyes, and everyone laughed.

“There’s no stoppin’ her.” Lynn’s features softened with affection, momentarily erasing the deep worry lines etched across her brow. “But it’s great, us, getting together every Friday, taking an extra-long lunch hour from work.”

“We order anything we want—no calories counted,” Betsy explained. “That’s why we call them Fat Fridays. Right, girls?” She winked, and Sukie laughed. It was another of Betsy’s fun ideas.

“Yeah, and when Betsy brings her famous cupcakes to work, it’s even better,” said Lynn.

Tiffany smiled at Betsy. “I love the strawberry the best. The ones with the pink icing and hearts.”

Clasping her hands in front of her primly, Carol Ann Mobley turned to Sukie. “So, how do you know Betsy? She told us you’re old friends, but you don’t look so old to me.” Carol Ann’s eyes widened. “Oh, Betsy, I’m sorry...I didn’t mean...”

“No problem, hon.” Betsy gave Carol Ann a good-natured smile. “While Sukie and I have sons the same age, she started her family much younger than I. We’ve been friends ever since she moved into the neighborhood several years ago.”

“We’ve already ordered the pizza—sausage and peppers,” said Tiffany Wright. She was baby-doll beautiful, with blond hair and a body that wouldn’t quit, as Sukie’s son Rob would say. Her dark brown eyes held a vulnerability Sukie found intriguing.

“Is that okay, Sukie? I mean, the pizza choice?” Carol Ann’s gaze darted uncertainly from her to the others.

Sukie gave her a reassuring nod. “It’s more than okay.” She struggled to temper the bitter edge that crept into her voice. “It’s time for me to have a little fun.”

Betsy gave her a sympathetic look, but Sukie vowed not to feel sorry for herself. She didn’t want to stay stuck on that pitiful merry-go-round. Ted Skidmore wasn’t worth it.

“’Heard about your divorce. Been there, done that.” Lynn’s gravelly voice matched her brusque manner. “Best thing that ever happened to me. My husband, the son of a bitch, was a real asshole.”

Sukie’s breath caught with surprise. She’d thought those things of Ted plenty of times, but she’d never voice it in front of people she didn’t know. But it didn’t seem to bother Lynn one bit.  Or else these women were closer than Sukie had first thought.

“Well, y’all, I don’t care what you say, I’d sure like to be married someday,” Carol Ann said. “But I haven’t met the right man. I want someone handsome and rich.” She nudged Tiffany. “Like Beau.”

Annoyance flashed across Tiffany’s face and disappeared as quickly. Her cheeks turned a pretty pink. “He
is
cute, isn’t he?” Her lips curved, but Sukie knew Carol Ann’s remarks had bothered Tiffany, and she wondered why.

The pizza arrived. Betsy slid a large, crisp slice onto each plastic plate and handed them out. “Okay, ladies, enjoy! Here’s to another Fat Friday!”

“Hear, hear!” Lynn took a large bite of pizza, and murmured satisfaction as she swallowed.

Sukie’s first bite of pizza was wonderful—cheesy and warm, almost sinful. Since the divorce, she’d studied her image in the mirror, forcing herself to acknowledge every flaw, every bulge. Truthfully, for a woman in her early forties, she wasn’t in bad shape. More than that, she’d been a good wife and a good mother. That had to count for something more than a voluptuous figure.

“You doing okay?” Betsy’s voice startled Sukie out of her thoughts.

Sukie nodded. “I’m learning how to operate all the equipment around the house—things I’d ignored before. The lawnmower gave me some problems, but I finally got it started. It’s a whole new thing for me. That, and handling all the financial stuff Ted used to
insist
upon doing himself.”

“Is your ex a know-it-all, control freak like mine?” Lynn said. “Bet he thought of you as the little lady or somethin’ like that, huh?”

Sukie started to shake her head and stopped. Ted had sometimes wanted to know every moment of her day and had often quizzed her on how she’d spent each penny. He’d stated his need to know was merely part of his banking persona. What a load of B.S!

Lynn gave her a satisfied smile. “You’re gonna surprise yourself by takin’ hold of your life. I swear it’s gonna make you happier than you’ve ever been.” There was no judgment in her rough voice, just encouragement.

“Hey, Sukie,” said Tiffany, “we’ve wanted to add to our group.” Her dark eyes shone. “Why don’t you see if you can get a job at MacTel? They need another admin.”

“Yeah, you know, an administrative assistant. A secretarial type, like us,” interjected Carol Ann. “Any friend of Betsy’s is a friend of ours. Right, y’all?”

After having so many of her so-called friends drop her socially, Sukie’s heart warmed at their easy acceptance. “My daughter Elizabeth has been after me to take computer courses, but I told her I need to have time to pull myself together emotionally. I’m going to have to earn money, though.”

Tiffany nodded.  “Maybe later, when you have more training, something will open up. We’ll keep an eye out for job postings.”

“In the meantime,” said Betsy, glancing around the table, “let’s vote Sukie into the Fat Fridays group. What do you say, girls?”

Tossing her blond hair over her shoulder, Tiffany gave Sukie a thumbs-up sign.

Carol Ann clasped her hands together and smiled shyly at her. “Of course!”

“You in?” Betsy pinned her with a steely gaze that made Sukie squirm.

Feeling as if she’d just been accepted into the most popular sorority on campus, not a group of relative strangers, Sukie embraced the idea. “Why not? It’s the best offer I’ve had in a long, long time.”

Sukie answered the questions the others had about her and her family, happy to discuss her children and the grandchild on the way.

“You’re much too young to have a grandchild,” said Carol Ann, leaning over for a closer look. “And so pretty.”

Sukie remained quiet. She might never have married Ted if she hadn’t gotten pregnant in her freshman year of college.

After enjoying a bite of Lynn’s shared dessert, Sukie left the other women feeling more upbeat than she had in some time. It was a diverse group, but she felt freer with them than she did with her old friends, who knew or had imagined every wretched detail of her humiliating situation.

2001 - Father Frank by Paul Burke, Prefers to remain anonymous
Bent But Not Broken by Elizabeth Margaret
Buddhist Boot Camp by Hawkeye, Timber
What Following Brings by S. E. Campbell
The Tribune's Curse by John Maddox Roberts
The Fox's God by Anna Frost
Dying for Her: A Companion Novel (Dying for a Living Book 3) by Kory M. Shrum
The Flip Side by Shawn Johnson
Taking Flight by Rayne, Tabitha
Dead City by Lee J Isserow
Our partner