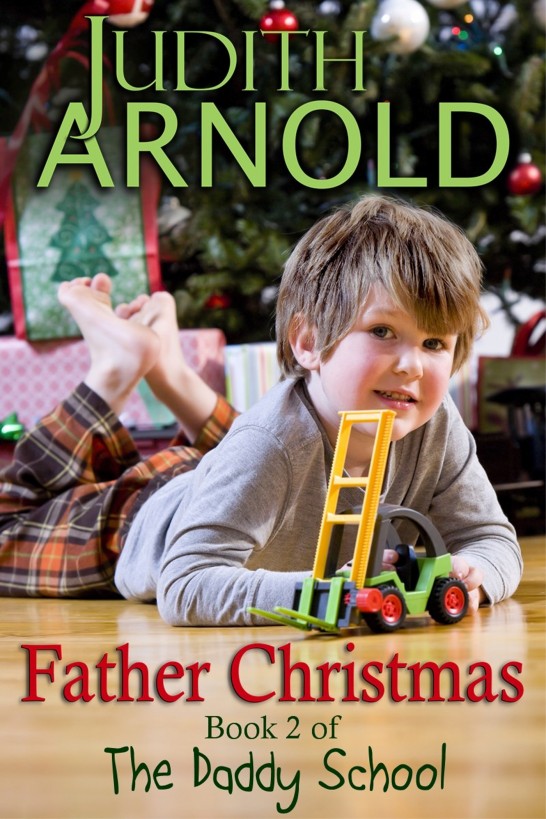 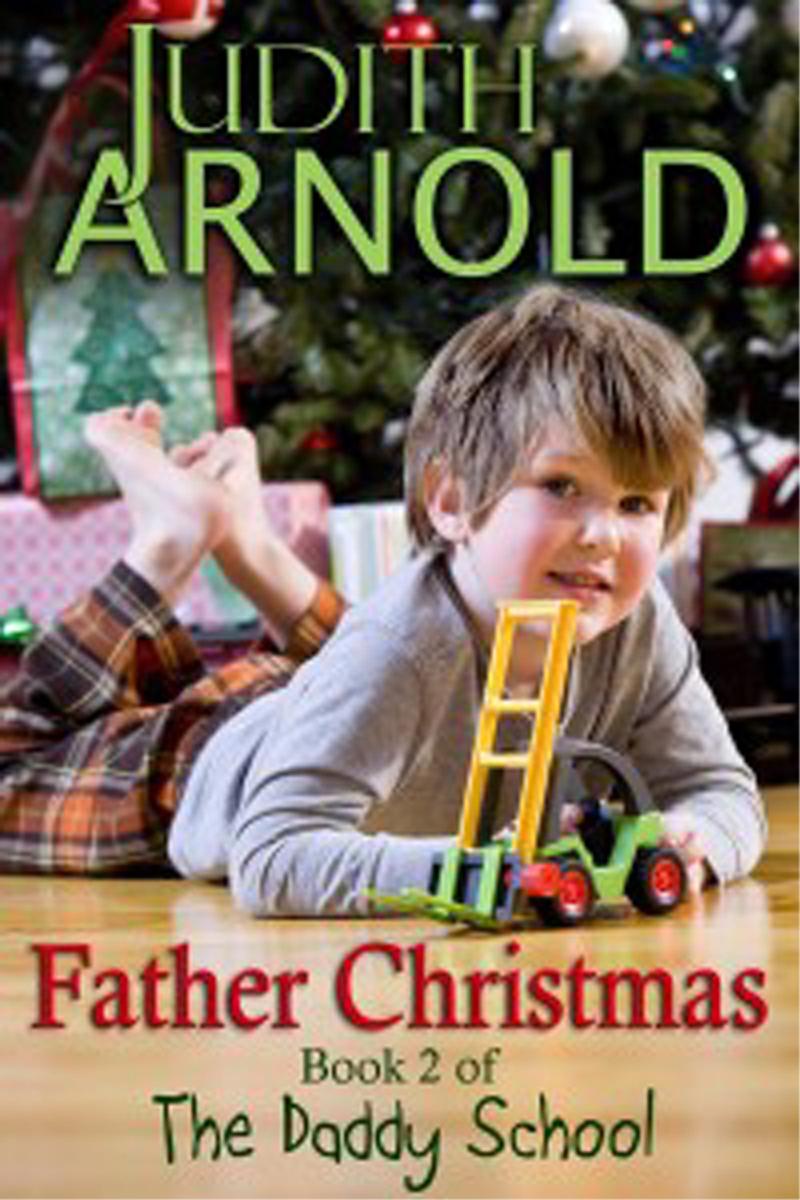 This is a work of fiction. Names, characters,
places and incidents are the product of the author’s imagination.
Any resemblance to actual persons, living or dead, is purely
coincidental.

To learn more about the
author, and to sign up for her newsletter,
please
visit her website
.

About the Daddy
School

JOHN RUSSO’S DAY BEGAN with a
murder-suicide. After that, it was all downhill.

He stared out the window in the upper half
of the kitchen door. Behind him the room lay in shadow. He’d turned
off the light so he could see the night through the panes of glass.
A slow, chill rain was falling. The moon looked like a ball of gray
lint behind the clouds.

He took a slug of beer from the bottle he
held, counting on it to subdue the throbbing in his temples and
muffle the noise from the den. Michael was waging World War III in
there, one brave boy against the entire population of a
Fisher-Price airport. It sounded as if Mike was going to win the
battle, which wasn’t surprising since the Fisher-Price people were
two inches tall and unarmed, in every sense of the word.

John wished he could hear the rain instead
of his son’s rebel yells. He wished he could go outside, stand
beneath the drizzle and let it wash away a day’s worth of emotional
crud. But the back porch thermometer read thirty-eight degrees and
the rain was mixed with sleet, tiny pellets of ice ticking like
grains of sand against the rear wall of the house. Too cold a storm
for a smart man to stand in.

If he weren’t the sort of person to take
responsibility for things, he’d call the day’s disasters a pile-up
of bad luck. But he was too smart—or maybe not smart enough—to
blame anyone except himself for the fact that the hairline fissures
in his life were suddenly expanding into fault lines, causing the
earth to shift beneath his feet and the fragile world he’d built to
tumble down around him.

Mike’s shrill voice tore through his brain.
The kid whooped and hollered, sounding like a cross between a
coyote and a squad-car siren. How could a two-year-old be so loud?
John couldn’t recall ever being that loud as a child. Of course, in
a family with seven kids, one voice, no matter how loud, wasn’t
going to get heard. John had learned not to waste his vocal cords,
not to fight his way into the conversation unless he had something
worth saying.

Evidently, Mike believed
it was worth saying that airport security in the Russo den stank.
“Uh-oh! Uh-oh!” he shrieked gleefully. “It’s a bomb!
Boom!
All blowed up!”

John took another pull of beer, closed his
eyes and rested his forehead against the cool glass of the window.
His conversation with Norma replayed itself in his skull, warning
him that he was in deep trouble and he was going to have to do
something fast. Damn. He didn’t want to do anything about Norma.
He’d been very happy with the way things were. Mike loved Norma. He
trusted her. So did John. And she was so convenient.

But she was leaving, and if John didn’t make
other arrangements...

That wasn’t an option.
He
had
to make other
arrangements.

There wasn’t enough beer in the world to
drown out the raucous play of his son, the insistent patter of the
rain, the constant murmur of his conscience nagging that everything
he’d counted on was more or less gone and he was going to have to
deal with it somehow. He was going to have to put his losses behind
him and move on. For Mike’s sake, if not for his own.

Maybe Norma’s news, and then the letter
waiting for him in his mailbox, wouldn’t have bothered John so much
if he hadn’t started his day at the Balfour home, responding to the
anxious call of a neighbor who’d sworn she heard what sounded like
gunshots coming from their modest split-level house. The scene
hadn’t been particularly gruesome; John had seen worse. When you
were a cop, you got used to viewing the horror violence left in its
wake. And while from a moral perspective, murder-suicides were
tragic, from a cop standpoint, they were easy. The crime came
ready-solved, all tied up except for the paperwork. No sleuthing
required, no loose ends, no arrests, no trial, no D.A. on his back,
no jail.

But this one was sad enough to break the
devil’s heart. Edith Balfour had been wasting away with Lou
Gehrig’s disease, and she’d pleaded with her husband to end her
misery. He’d responded by putting a bullet between her eyes, and
then he’d turned the gun on himself. The note he’d left behind
explained it all: he couldn’t bear to watch her suffer, and he
couldn’t bear to live without her. They’d been married for
forty-eight years.

The sight of them lying side by side in the
bed they must have shared their entire wedded life, their hands
clasped and their pillows drenched in blood, had been depressing.
John wasn’t crazy enough to envy them, yet he recognized that that
kind of love, that kind of dependence on each other, must have been
a beautiful thing. He couldn’t imagine loving someone enough to do
what Larry Balfour had done to Edith, and then to himself. John
couldn’t imagine loving a woman so much he would rather die than go
on without her. The idea overwhelmed him.

Still, he was a professional, and he’d
handled the investigation the way it needed to be handled. The most
difficult part had been talking to the Balfours’ thirty-six
year-old daughter Mary in Ohio. Once he’d found her number in the
leather-bound address book by Edith Balfour’s bed, he’d telephoned
the local police department in Mary Balfour’s town and asked them
to send an officer over, so Mary wouldn’t be alone when she got the
news. Even with a patrolman and a neighbor by her side, she’d
fallen apart. John had had to listen to her sob, long-distance.
“Why?” she’d wailed. “Why?”

If that had been the worst of it, he would
have gotten through the day all right. He wouldn’t be staring out
at the sleety November rain, polishing off his second beer of the
night and contemplating whether he should put his son to bed before
he opened a third.

Norma was leaving. Talk about not knowing
how to survive once someone was gone...

When he’d stopped at her house down the
street to pick up Mike after work, she had been frenetic, her eyes
as wide as a speed freak’s, her hair standing on end, her cardigan
buttoned crookedly over her plump sixty-year-old body. “Oh, John,”
she’d babbled, ignoring Mike as he smashed a towering construction
of waffle-blocks across the floor of her finished basement, “Oh,
God, what a day. My daughter had her baby, John! It’s almost a
month early! The good news is the doctors say the baby’s going to
be all right. But I need to fly out to San Jose right away to be
with my daughter. I mean, everything’s so unexpected, nothing is
ready for the baby. They haven’t even bought a crib yet. I’ve got
to be with them. You understand.”

John understood about things being
unexpected, and he understood about not being ready for a baby. He
also understood that if Norma went to San Jose to be with her
daughter, she would no longer be in Arlington to watch his son
while he was at work.

“
I’m leaving this weekend.
And I figured, since it’s just one week till Thanksgiving, I’m
going to stay in California through the New Year. I was already
planning to go out to San Jose for Christmas, but they need me
there now. I’m sorry to leave you in the lurch like this. I made a
few calls today—stop that, Michael! Pick the blocks, sweetie!—and
my friend Harriet Simka might be able to help out with Michael for
tomorrow, at least. I wrote her number down somewhere.... Mike,
pick up the blocks
now
.”

John didn’t know Harriet Simka. He’d known
Norma for years. She lived seven houses away from him, and she’d
raised three kids of her own, and Mike adored her. She charged John
a reasonable fee for her baby-sitting services, she was flexible
when John had to work late, and the arrangement had met everyone’s
needs. But one thing, one little snafu, the premature birth of a
grandchild—and John’s precarious life collapsed like Mike’s
waffle-block tower.

“
Mike, come on, now—your
daddy’s here,” Norma had said. Mike had responded by crawling under
the couch and giggling.

What am I going to do?
John had thought, swallowing his panic while Norma got down
on her knees and peered under the couch, cajoling Mike to come out.
John worked full-time as a detective in the Arlington Police
Department. Sometimes his cases demanded more than a nine-to-five
shift from him. He needed reliable child-care, and until now, Norma
had been reliable.

“
I don’t wanna come out,”
Michael had shouted. John couldn’t blame him. More often than he’d
like to admit, he wished he could crawl into a safe, dark place and
not come out.

Norma had lured Mike out with a cookie,
handed John a slip of paper with her friend Harriet’s number on it,
and sent John and Mike home. John had pulled the mail from the box
before driving into the garage. Mixed in with the advertising
circulars and bills was a letter was from Sherry’s lawyer. It
wasn’t unexpected, but still... There it was, in his face, the
reality of it.

Just one more reason he wanted to step out
into the sleety night, to start walking and not turn back.

But John took his responsibilities
seriously. He would never walk away. Instead, he would do what had
to be done, which for the present meant getting Mike ready for
bed.

Sighing, he turned from the soggy evening
and set his empty bottle on the counter by the sink. Then he
steeled himself and entered the den.

The carnage was impressive. Bolster cushions
from the sofa had been combined with the coffee table to create a
fort, the toy airport was upside down on the rug, and plastic toy
people beamed their flat smiles at him from outposts all around the
room. In the midst of the mayhem, Mike balanced an airplane in both
hands and swooped it through the air, humming like a motor. “I’m
flying the plane!” he shouted joyfully. “Daddy, look! I fly
it!”

“
Time to land it,” John
said, sidestepping a misplaced cushion and venturing further into
the room. “It’s clean-up time.”