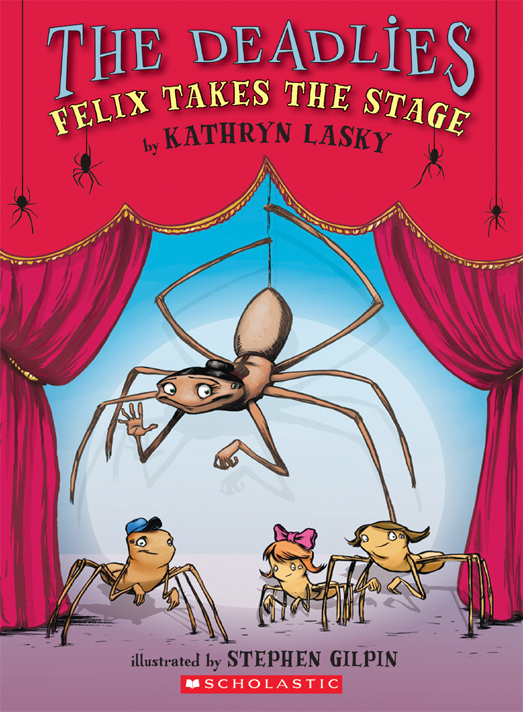 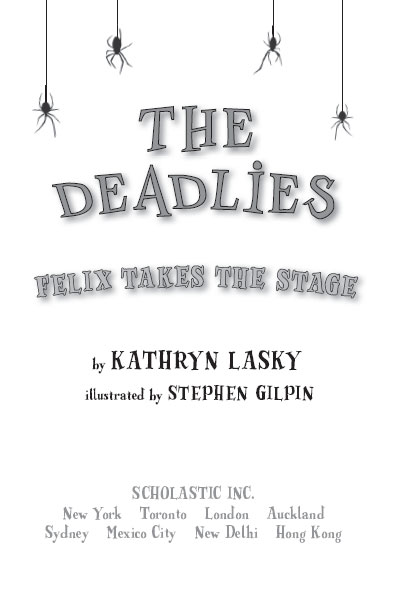 To Greta Binford, who has taught me to love spiders

F
or Felix, the best part of the night came when the concert had ended. The lights in the grand symphony hall had dimmed. The audience had gone home, as had the members of the orchestra with their instruments. But the Maestro stayed on. Still at his podium, he raised his baton to conduct a phantom orchestra. And so in a strange way the music lingered, at least for Felix. He knew exactly which part the Maestro would go over with the mute orchestra â the second movement of Brahms's Symphony no. 3. The musicians had not done their best with it. And Felix knew that the Maestro probably blamed himself. He would rehearse it now, silently, as was his custom after a less than perfect performance.

Felix was all eyes â all six of them riveted on the symphony conductor he worshipped. He loved music. He felt it with every nano-hair on his eight legs. And now he dared to creep out from behind the music stand, where he had hidden between the pages of the score. 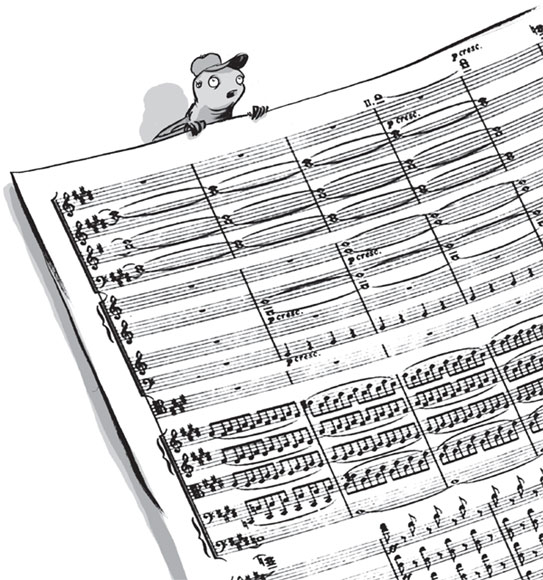 If I could only ride the baton, I could feel the passion of the notes,
Felix thought.

Go for it!
A tiny voice in his head urged.

But riding the baton would break his mother's most basic rule â never,
ever
reveal yourself to human beings. Her words had been repeated over and over until they threaded through his mind. “We are recluses; that is the name of our species. We hide!”

Felix felt a slight wobble in at least four of his eight legs. Half of him wanted to be a good spiderling and obey his mother, but the other half â¦ oh, that other half yearned to be an artist!

Felix understood his mother's reasoning. The venom of brown recluse spiders was one of the most toxic on earth. It was natural that humans feared them, even though no one in his family had EVER attacked anyone. But Felix was deeply musical. He lived in a philharmonic hall and yet his mother had forbidden him to get anywhere near the great conductor. It seemed to Felix that his mom was as scared of humans as humans were of them.

It made no sense. Leon Brinsky was his hero. The man was a genius.
I don't have to talk to him,
Felix thought.
I'm not asking for his autograph. I just want to feel the motion of the baton. That's all, for crying out loud!

And with that, Felix backed around. The muscles of his spinnerets began to force liquid silk up toward his spigots. Another few seconds and he'd have a hoist line to swing up to the baton.
Now I'll know Brahms!

It was Felix's last thought before the accident. 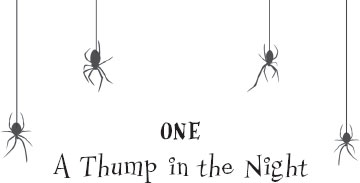 F
elix's mother, Edith, was tending her rather disorderly web in the basement when she felt the thump. A rain of dust and debris fell down on the small section of the web that she had planned to use for “circle time” with her young brood. This was a concept Edith had learned about at the Martin Luther King Jr. Elementary School in Phoenix, Arizona. The young kindergartners and their teacher would all sit on the floor and share ideas and stories. Edith was trying very hard to make a circular area, but brown recluse spiders were not known for their neat webs.

Edith had been very fond of that kindergarten teacher, Ms. Lafferty. She loved the stories Ms. Lafferty told that drew out even the shyest kindergartner. When the children were not paying attention, Ms. Lafferty would say, “All eyes on me!” Edith wanted to have circle time like that with her own children â Jo Bell, Felix, and little Julep. All eighteen of their eyes on her.

Ms. Lafferty had deeply influenced Edith. In her own mind, Edith thought of her children as being the ages and grades of schoolchildren. Julep, the youngest, was a kindergartner, perhaps on occasion pre-K. Felix was an elementary school kid. Jo Bell, the oldest, was junior high age but yearning to be considered a high school girl. 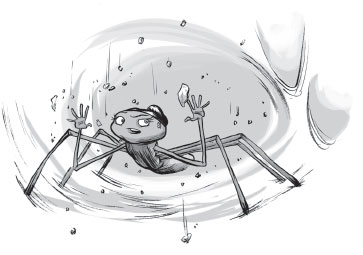 Just then, Edith heard the awful thump.
No!
she thought. She instinctively drew her fangs in tighter.

Felix picked up the anguish in his mother's voice as he scuttled and skibbled his way down an air-conditioning vent to the basement.

She can't think I actually killed him â not on purpose!

“Look at him,” Jo Bell wailed. “Felix is bleeding!” 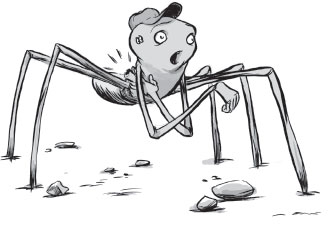 “Oh, mercy!” Edith swung down from the messy circle she had been making. There were pale blue drops on the floor where Felix had now collapsed. “Don't worry, darling. I'll staunch this blood in a second.”

She quickly tore a swathe from the web she had been spinning and began to bandage the wound. The bleeding stopped.

“Mom, I did NOT bite him. I really didn't. He just collapsed as a reaction to seeing me. I kept my fangs tucked, I swear! Even when he sliced down with his baton â I never thought of a baton as a weapon â it was art â¦ art.”

She has to understand that whatever happened was by accident! Just an accident.

“Felix, you lost a leg for art. You almost died for art!” Julep wailed.

“There will be no talking of death. Stop that right now! Felix will survive.” Edith spoke fiercely. “Felix's only crime was that he showed himself.”

But Felix suspected his mother
did
think it was a crime to be seen. Good behavior in his mother's mind was hiding in the dimmest, darkest places imaginable. Then an odd thought struck Felix.
I'm not a criminal, but perhaps I am not a recluse either.
An argument began within Felix. For if he was not a recluse, which by definition meant one who avoided contact with others, did that mean he was not a member of his species â the brown recluse spider? Was he denying his species or just his personality?

“I'll never be able to conduct with only seven legs anyway,” Felix muttered.

“Enough of that, young lady!” Edith took a deep breath. “Felix will live. He will hunt. He will even conduct. If you knew the first thing about spider biology, you would know that a young spider is perfectly capable of regrowing a limb during his next molt.”

“Really.” Edith paused. “Now, we're going to have to get out of here, children. There's no choice.” She paused again, then looked into the eighteen eyes of her children. “You know what I mean!”

“Oh, no!” whispered Julep. They had all heard about the terrible humans who came in white suits with gleaming white helmets and hoses, but the children had never seen them. However, Edith had. She didn't talk about it much. When the children asked her questions, she was always quite vague. The E-Men were a subject the whole family avoided.

“Before we leave, I want to check on the Maestro. If he's not dead, maybe we can help him. Jo Bell!”

Recourse 2 (The Arrangement) by Silva, Amy
Sweet Madness: A Veiled Seduction Novel by Snow, Heather
PRINCE IN EXILE by Ashok K. Banker, AKB eBOOKS
The Blue Flower by Penelope Fitzgerald
Christmas in the Kitchen by Nalini Singh
The Lie by C. L. Taylor
Marked Down for Murder (Good Buy Girls) by Josie Belle
Rules for Ghosting by A. J. Paquette
Forbidden Pleasure by Freeman, Michelle
Less Than Zero by Bret Easton Ellis
Our partner