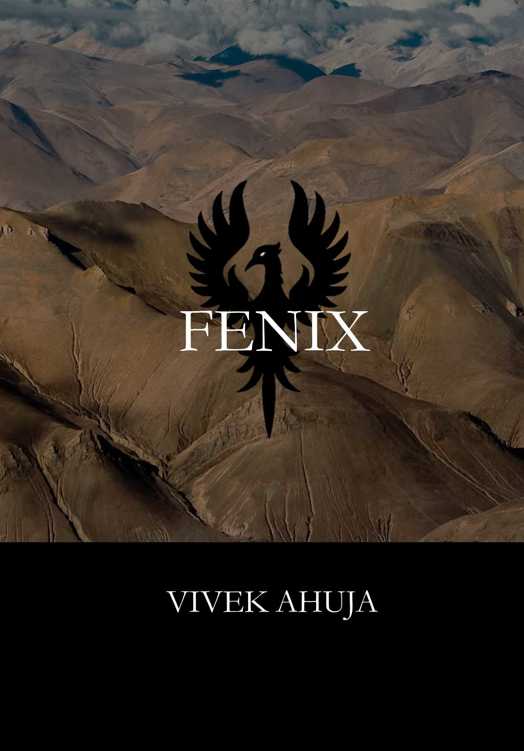 ALSO IN THIS SERIES

T
he blue sky disappeared into a white nothingness. The clouds flashed into oblivion. As he raised his hands to shield himself from the intense light, it only got worse. He could see the reddish-pink color of blood inside his arms as the intense light made even the skin transparent.

Was that even possible?

He ran at full speed, leaping over the rocks and snow. Others turned to do the same. But they weren’t fast enough. How could they? After all, they were only human.

The ground shook and he fell on his left knee as the gravel began to shake itself loose. Boulders began rolling down the hillside. He tried getting up but found his knees weak. He saw his rifle shaking with the gravel on the ground. He turned to face the valley behind him as others staggered past. He saw Vikram running past. Only seconds had passed, but it felt as though everything was going far slower. Even as he saw Vikram’s gaping mouth yelling his name out, Pathanya turned to see the snow flashing away just as the clouds above. The fireball smashed into the rocky hillsides. A high wall of dirt, gravel and rocks ran up the valley towards them.

He saw the approaching shockwave from the airborne nuclear detonation. His face wore the mask of pure horror. A large tree trunk overtook Pathanya’s view. It slammed into his leg and his view went black…

Pathanya jerked from his bed with a cold sweat. His hands were on his chest checking for wounds and surprisingly, he found himself out of breath. He turned to see the small red digital readout of the alarm clock nearby and slowly regained his bearings. He felt the sweat on his forehead. His heartbeat began to slow down to normal rhythm.

He caught his breath and realized that there was no way he was going to fall back to bed again. So he shoved his blankets aside and rolled his legs off the bed. He checked his left thigh with his fingers pressing down. The pain slowly shot up the rest of his body. The thick scar left there by that tree log in northwestern Bhutan had taken a year to heal. During that time he had been walking with a stagger that had not gone unnoticed within the small Para community he belonged to. He hated it; hated the attention it garnered and the stories—
Rumors!
—that spread as a result. He just wanted to be left alone.

Needless to say, he had
not
been left alone.

The work done by Pathanya and his small team of Paras in the mountains of Bhutan had become legend within the Indian Army. He glanced over to his uniform hanging behind the door of the wooden hut and saw the moonlight glistening off the various ribbons and citations. One of these was the special citation given to all Paras from the 9
TH
, 10
TH
, 11
TH
and 12
TH
Battalions of the Regiment by the King of Bhutan. It was for services rendered in the defense of the Himalayan Kingdom from Chinese forces. The “Snow-Lions”, as the Bhutanese citizenry now called them, had received that ribbon soberly. They had paid a heavy price for it. The two Chinese nuclear missiles launched against the Kingdom in the final days of the war had savagely taken the lives of thousands of Indian soldiers and fifteen-
thousand
Bhutanese civilians. All in the blink of an eye. That war had been nasty to all parties involved.

To Pathanya, the personal price had been the loss of six of ten members of his long-range reconnaissance patrol team. Of the four survivors, two had been severely wounded, himself included. The first to go had been second-lieutenant Ganesh who had taken a deep splinter wound on their second day in Bhutan. Days later, the nuclear explosion over Barshong had taken the others with one swipe.

He stopped pressing down on his scar and exhaled a long breath. He then made his way to the uniform hanging near the door to his hut. He could see the black night sky outside beginning to turn to deep blue. The early morning fog descended over the trees. He rubbed his thumb over the ribbon on his uniform chest. This one had been given to Tarun, Vikram and himself by the King of Bhutan, a few months after the war.

That ceremony had been simple and sober too. The young King had aged tremendously over the course of the war. Even so, he had put the ribbon on the three men for what they had done to prevent the fall of the Bhutanese capital city of Thimpu during the early days of that war.

“The Thimpu shield,” Pathanya said to himself as he remembered the King’s description of him and his men that day. He sighed again.

The day had started for him. He took his running tee-shirt from the rack nearby, grabbed his jogging shoes and walked outside. He sat on the cold rocks of the steps at  the edge of the hut’s foundation, tied his shoes, stretched his muscles and began running on the dirt path past the lawns. He headed towards the trail that headed into the woods. By now the first chirping birds had begun to fill the skies near the army base at Vairengte, in the state of Mizoram.

Following his serious leg injury, it had been a major struggle for Pathanya to stay on in the army. It had taken him months to recover and even more months after to learn to walk again. Over the last month, he had forced himself to return to jogging just like he used to before the injury. He had managed to survive and prove to the doctors that he was still fit for duty. Given his combat record, the army had been somewhat relenting.

Pathanya noticed that he wasn’t alone on the jogging track this morning. He was soon catching up to a group of Paras jogging in unison past the greenery at the Counter-Insurgency and Jungle Warfare School, or CIJWS, as the army called it. He was currently posted here, helping the school supplant its high-altitude special-operations and counter-insurgency training methods with combat experience lessons. He and a few other Paras were here because of what they had seen and done in the war.

Those of us who had survived, that is…
he reminded himself as he passed by the jogging soldiers and continued on his lonely path.

Half an hour later, he was back at his hut and saw that his orderly had set up the steaming tea on the table inside. As always. He slowed his jogging and trotted to a stop. His shirt was dripping from sweat and his legs burning, especially his left thigh. He grimaced at the pain whilst catching his breath.

“Enjoying the morning, Pathanya?” a voice said behind him as he walked up the steps of his hut. He turned to see an older man in the army field dress walking up to him. He had the SOCOM insignia on his shoulder patch. He also had a smile on his face and the rank of Lieutenant-Colonel. Pathanya stood in attention and saluted; the senior officer returned the gesture.

Pathanya noticed the man was of Tibetan descent. The older man ignored Pathanya’s curiosity and turned to see the green tree leaves, the chirping of the birds and the colorful morning sky.

“Not as lively up in northern Bhutan, is it?” the Lieutenant-Colonel said with a smile. That piqued Pathanya’s curiosity, but he kept his peace. His records were available at SOCOM. So it was not particularly surprising that the officer knew about his experiences and role in the war.

Hell, the entire
nation
knew what he had done thanks to some investigative journalist who had spilled the beans a year after the war had gotten over. So why was this officer spiking his curiosity?

“You don’t know me, Major,” the older man said quaintly. “My name is
Lef-
tenant-Colonel Gephel. I did some
unusual
work during the war while you and your boys were slugging it out in Bhutan.”

Unusual work…
Pathanya thought. He had learnt soon after the war that there had been teams of operatives culled from the regiment for some “nasty” operations, as Colonel Misra had said to him once.
That
meant inside Tibet. So while Pathanya and his men had been inside Bhutan for about ten days of intensive operations, these men had been inside Tibet
far
longer. Some in the media had even gone as far as  to allege that these men of Tibetan descent had been used inside Tibet to instigate the very rebellion against Beijing that had ultimately led to open war between the two nations.

Were they really responsible for instigating that war?

Pathanya had never been able to convince himself suitably on that issue. During his recovery, he had found it easy to blame them. But over time, he had let that question go as realization dawned that the complexity and precipitous nature of events preluding the war with China was beyond his grasp. Besides, if these teams had been used, someone higher up must have authorized them? Could that authorization be the reason that defense-minister Chakri had mysteriously resigned from his position on the PM’s cabinet a few months after the war? If so, weren’t these men just following orders? As he was?

Could this man be one of them?

He noticed finally that Gephel was holding out his hand. He shook it and Gephel didn’t let it go:

“I have been wanting to meet with you ever since I read about you and your men. Despite the fact I work there, it still surprises me on how compartmentalized information really is inside SOCOM. Hell,
I
know for a fact that
you
have no clue what I did during the war any more than what I did about yours. Except that yours made it to the evening news and in newspapers while mine didn’t!” Gephel chuckled.

“Probably better that way too!” he continued. “I doubt many in Delhi would be happy to have the media talking about
my
role in that nasty mess. Anyway, I wanted to meet you in person, Pathanya. You and your men prevented Bhutan from falling to the Chinese.” He shook his head. “We should have seen that coming, really. But we didn’t.” He finally released Pathanya’s hand.

“I am afraid I don’t fully understand that myself, sir.” Pathanya replied.

“Don’t think about it too much, Major. I just wanted to meet you before I leave for Ladakh to help survey our recently established control there.” The smile went away. “The wounds haven’t yet healed for any of us. Hell, I doubt they ever will. All I know is that I will get to smell the gravel of my birthplace once again. It has been more than three years since I last did
that!
”

“Yes sir.” Pathanya now felt more certain about who this man was. “Were you originally from Ladakh, sir?”

“Not really,” Gephel said soberly. “My family originally escaped from Gyantse in Tibet around the time when the Dalai Lama did the same in 1959. Never knew what that place was like. Grew up in a refugee camp in India. So as you can imagine, Pathanya, I had always wanted to go visit my hometown.” Gephel smiled again. “And during the war with the reds, the army was only too happy to oblige!”