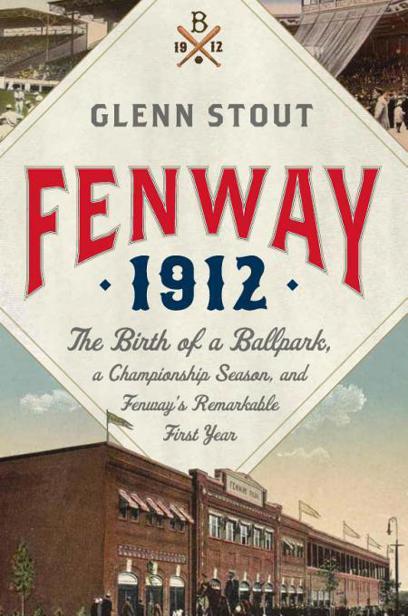 5. The Wall and the Cliff

10. Giants on the Horizon

11. The Gathering of the Clans

To the fans in the stands
—
particularly the bleachers—
who still remember entering Fenway Park for the first time,
and to those who have yet to have that pleasure.

I grew up outside a small town in central Ohio and was never really a Red Sox fan as a kid, but my awareness of major league baseball happened to coincide with the 1967 "Impossible Dream" team. I recall watching Billy Rohr on the news the day after he almost threw his no-hitter and seeing his hat fall off after nearly every pitch. The 1967 season was the first I followed, eagerly waiting for the newspaper every afternoon so I could devour the box scores from the night before. During the World Series I remember running off the bus and down the driveway to watch the final innings on television. I can still see Julian Javier's game 7 home run over the left-field wall seal Boston's fate as Jim Lonborg, pitching on two days' rest, fell heroically to Bob Gibson and the Cardinals. Later that fall my parents bought me a baseball bat that is still too big for me to use, but one I absolutely had to have just because it had Carl Yastrzemski's signature burned on the barrel.

For some reason I have never understood, baseball grabbed me as a kid and has never let go. If I wasn't playing or looking at baseball cards or reading baseball books, I was spending hours drawing ballparks and fields, measuring the distances precisely and to scale. At one point I even began elaborate plans to reconstruct Jet Stadium, home of the local minor league team, the Triple A Columbus Jets, out of Popsicle sticks. I never built my scale model, but getting lost in a ballpark, even one of the imagination, has always been easy for me. It was so again as I wrote this book.

Jet Stadium was nice, but while growing up I never had an opportunity to live in a city with a ballpark, and I wanted to see major league baseball the real way. So in the fall of 1981, in the midst of a recession, only five months after graduating from Bard College in upstate New York with a degree in creative writing and finding myself back home in Ohio pouring concrete, I sold my trombone, packed up the Dodge Dart, rented a small U-Haul trailer, and drove.

New York and Yankee Stadium were too scary. Chicago, despite Comiskey Park and Wrigley Field, was still the Midwest and too close to home. But I had friends in Boston, and Boston had Fenway Park. So after a drive of almost eighteen hours, including a detour to Manhattan to pick up my girlfriend, I pulled up in front of a $225 a month studio apartment far out on Commonwealth Avenue across the street from the Terrace Motel.

There were no jobs in Boston then—this was before nearly twenty-five years of nonstop economic growth changed the face of the city—and after a month we were down to counting spare change. When I accidentally dumped a bowl of spaghetti on the floor, we ate it anyway. On Christmas Eve I got a job as a security guard at minimum wage and worked double shifts through the holidays to make the rent.

Boston was different then. Everything was gritty and worn. There was broken glass everywhere. The sidewalks outside every bar were stained with vomit. There were no yuppies. Boylston Street was abandoned at night. Punk rock still had a chance.

I lost the car on unpaid parking tickets but survived the winter, and in the spring my girlfriend nabbed a job at Boston University. We scammed our way into some subleased staff housing in Kenmore Square, and I wrote papers for BU and Harvard students for extra money. In 1982 I made $6,000.

But that was plenty. I was right around the corner from Fenway Park. The first time I walked up the tunnel in the bleachers, a batting practice home run by Reggie Jackson almost hit me on the head. Ten dollars got me into the ballpark and left enough change for three beers. For another $10 I could go to the Rat, see some rock 'n' roll, drink two or three more beers, and careen home in five minutes. I probably went to two dozen games that year, plus a few more after the ushers abandoned the gates to the bleachers after the third or fourth inning and I walked in with the panhandlers and drunks who collected empty beer cups for a teaspoon of swill.

I was poor, but I had baseball. Walking up that runway into the bleachers that summer changed my life. It was my grad school. I majored in Fenway Park, Kenmore Square, the Del Fuegos, poetry, baseball, and books. I fell in love. I saw, watched, learned, got curious, did research, read, stopped dreaming about writing and started doing it. I went to work at the Boston Public Library and discovered that Red Sox history lives in thousands of reels of Boston newspapers on microfilm. My universe stretched from Kenmore Square to Copley, with Mass Avenue as the axis. The City paid me to go to library school. I got lucky, stumbled on a story, sold it to
Boston
magazine, and have never been without an assignment since, doing the work I still do today, writing.

None of this would have happened without Fenway Park, none of it at all. And that is what makes a ballpark different, and what makes Fenway Park different, because it is a place that can change your life, and sometimes does. Almost a hundred years ago it changed the lives of almost every baseball fan in Boston, and each season, as another generation of fans discovers it, Fenway Park changes their lives as well.

Although it has become a cliché to make the claim that Fenway Park is still recognizable today as the same park that opened in 1912, that is true only in the most limited sense. If a contemporary Red Sox fan were somehow sent back in time and deposited in Fenway Park on April 9, 1912, it is unlikely that any but the most knowledgeable rooter would recognize it at all. For while Fenway Park still occupies the same basic footprint today as it did in 1912, virtually every other notable structure and feature of the ballpark has been removed, recast, renovated, or otherwise changed.

And that is, oddly enough, the biggest reason why Fenway Park still exists today. Since opening in 1912, Fenway Park, more than any other major league ballpark, has evolved and adapted to changing expectations and needs. Apart from the Jersey Street facade on what is now called Yawkey Way and the concrete-and-steel infrastructure of the grandstand—of which little more than the skeleton remains visible today—every other part and portion of Fenway Park has changed. It is not the same shape, nor does it retain the same outfield dimensions as it did when it first opened. Neither the pitcher's mound nor the bases, nor home plate, are in the same precise place as they were on opening day of 1912. Today Fenway Park is nearly as changed from the original as old Yankee Stadium was changed after the 1974–75 renovation of that classic facility. In fact, one can make the case that the other concrete-and-steel parks built within a few years of Fenway Park—Ebbets Field in Brooklyn, Tiger Stadium in Detroit, Redland Field in Cincinnati, Shibe Park in Philadelphia, Forbes Field in Pittsburgh—no longer exist precisely because they did not change quickly enough or dramatically enough.

Fenway has survived not
because
it has been preserved in the original, but because it has
not
been preserved, because until quite recently it was never treated as special enough to preserve, and because the ball club has rarely hesitated to make practical changes to extend its useful life. Even in recent years, which have seen the greatest changes to the park since the 1933–34 renovation, few of the visible changes, formally speaking, have been about preservation. Virtually every change has been about adaptation, providing modern-day amenities and maximizing profit within the original footprint of the park or else expanding that footprint to include property and provide services that were not part of the original plant.

Fenway has never been static, locked away in some cabinet like an antique. Even its most distinctive features, like the left-field wall, have changed so much over the past one hundred years as to be virtually unrecognizable from the original. It is a
living
place, one that has changed, and will continue to change, across eras, evolving and shaping the collective memory of generations. And that, I think, is why each of us identifies so closely with Fenway Park, because every time we encounter it we experience it in our own way. My Fenway Park is neither "Nuf Ced" McGreevey's park of 1912 nor Ted Williams's of 1939, nor Carl Yastrzemski's of 1961, nor that of an eight-year-old boy or girl walking into the ballpark for the first time in 2012. And for that reason it belongs to us all.

That is why Fenway Park
matters,
because as each of us has changed and grown, so has Fenway Park. That is why it is still here today and why, after one hundred years, each time you walk up the ramp from beneath the stands and out toward that sea of sunlit grass, Fenway Park remains the most special kind of place there is—a place that can still change your life.

O
N AN EARLY
October morning in the fall of 1911, Jerome Kelley rose and, after his customary cup of tea, left his home on Palmer Street in Roxbury and began his walk to work.

The morning was cool, yet the air was crisp and carried a hint of winter. As he turned up Ruggles Street the smell of breakfast cooking drifted from the houses and small apartments of the Village, the close-knit Irish American community nestled around the foot of Tremont Street. A few sleepy horses already plodded slowly down the street, pulling carts, carrying ice and other necessities of the day. In the distance automobiles coughed and sputtered as the city began to awake. On the stoops and front porches, older men—and even a few women—already sat watching the day unfold, puffing on their pipes. Wearing his cap, work pants, and plain thin jacket, Kelley gave a nod and quick word to the other workmen he saw as he walked through the neighborhood before reaching Huntington Avenue and turning north.

Boston. In the Village it was easy to pretend—almost—that you were still in Ireland. Not that anyone would mistake the Village for the green fields of Erin, for apart from the small gardens squeezed into the back lots, there was nothing green about the Village, yet it was a place where everyone knew everyone else, and if you were not already related, well, after the next wedding you might be. If a fellow had the time he could spend all day walking down the block, stopping at nearly every house, catching up on the news of the day, and then drop into McGreevey's saloon on Columbus Avenue for a beer to soak up even more information.