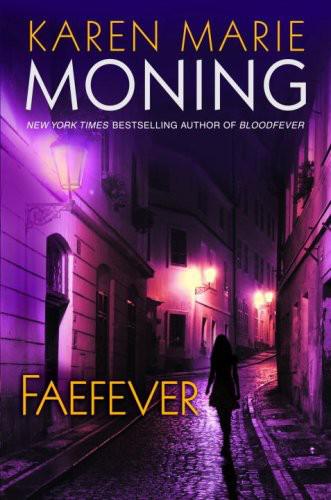 This one’s for the Moning Maniacs—the best fans any writer ever had.

“Do not go gentle into that good night . . .Rage, rage against the dying of the light.”

“I keep expecting to wake up and find it was all a bad dream.Alina will be alive,I won’t be afraid of the dark,Monsters won’t be walking the streets of Dublin,And I won’t have this terrible fear that tomorrow dawn just won’t come.”

No, wait a minute . . . that’s not where this is supposed to begin.

I know that. But left to my own devices, I’d prefer to skim over the events of the next few weeks, and whisk you through those days with glossed-over details that cast me in a more flattering light.

Nobody looks good in their darkest hour. But it’s those hours that make us what we are. We stand strong, or we cower. We emerge victorious, tempered by our trials, or fractured by a permanent, damning fault line.

I never used to think about things like darkest hours and trials and fault lines.

I used to fill my days with sunning and shopping, bartending at The Brickyard (always more of a party than a job, and that was how I liked my life), and devising ways to con Mom and Dad into helping me buy a new car. At twenty-two, I was still living at home, safe in my sheltered world, lulled by the sleepy, slow-paddling fans of the Deep South into believing myself the center of it.

Then my sister, Alina, was brutally murdered while studying abroad in Dublin, and my world changed overnight. It was bad enough that I had to identify her mutilated body, and watch my once happy family shatter, but my world didn’t stop falling apart there. It didn’t stop until I’d learned that pretty much everything I’d been raised to believe about myself wasn’t true.

I discovered that my folks weren’t my real parents; my sister and I were adopted; and despite my lazy, occasionally overblown drawl, we weren’t southern at all, but descended from an ancient Celtic bloodline of
sidhe
-seers, people who can see the Fae—a terrifying race of otherworldly beings that have lived secretly among us for thousands of years, cloaked in illusions and lies.

Those
were the easy lessons.

The hard lessons were yet to come, waiting for me in the
craic
-filled streets of the Temple Bar District of Dublin, where I would watch people die, and learn to kill; where I would meet Jericho Barrons, V’lane, and the Lord Master; where I would step up to the plate as a major player in a deadly game with fate-of-the-world stakes.

For those of you just joining me, my name is MacKayla Lane, Mac for short. My real last name might be O’Connor, but I don’t know that for sure. I’m a
sidhe
-seer, one of the most powerful that’s ever lived. Not only can I see the Fae, I can hurt them and, armed with one of their most sacred Hallows—the Spear of Luin, or Destiny—I can even kill the immortal beings.

Don’t settle into your chair and relax. It’s not just my world that’s in trouble; it’s your world, too. It’s happening, right now, while you’re sitting there, munching a snack, getting ready to immerse yourself in a fictional escape. Guess what? It’s not fiction, and there’s no escape. The walls between the human world and Faery are coming down—and I hate to break it to you, but these fairies are
so
not Tinkerbells.

If the walls crash completely . . . well, you’d just better hope they don’t. If I were you, I’d turn on all my lights right now. Get out a few flashlights. Check your supply of batteries.

I came to Dublin for two things: to find out who killed my sister, and to get revenge. See how easily I can say that now? I want revenge. Revenge with a capital
R
. Revenge with crushed bones and a lot of blood. I want her murderer dead, preferably by my own hand. A few months here and I’ve shed
years
of polished southern civilities.

Shortly after I stepped off the plane from Ashford, Georgia, and planted my well-pedicured foot on Ireland’s shore, I probably would have died if I hadn’t stumbled into a bookstore owned by Jericho Barrons. Who or what he is, I have no idea. But he has knowledge that I need, and I have something he wants, and that makes us reluctant allies.

When I had no place to turn, Barrons took me in, taught me who and what I am, opened my eyes, and helped me survive. He didn’t do it nicely, but I no longer care how I survive, as long as I do.

Because it was safer than my cheap room at the inn, I moved in to his bookstore. It’s protected against most of my enemies with wards and assorted spells, and stands bastion at the edge of what I call a Dark Zone: a neighborhood that has been taken over by Shades, amorphous Unseelie that thrive in darkness and suck the life from humans.

We’ve battled monsters together. He’s saved my life twice. We’ve shared a taste of dangerous lust. He’s after the
Sinsar Dubh
—a million-year-old book of the blackest magic imaginable, scribed by the Unseelie King himself, that holds the key to power over both the worlds of Fae and Man. I want it because it was Alina’s dying request that I find it, and I suspect it holds the key to saving our world.

He says he wants it because he collects books. Right.

V’lane is another story. He’s a Seelie prince, and a death-by-sex Fae, which you’ll be learning more about soon enough. The Fae consist of two adversarial courts with their own Royal Houses and unique castes: the Light or Seelie Court, and the Dark or Unseelie Court. Don’t let the light and dark stuff fool you. Both are deadly. However, the Seelie considered the Unseelie
so
deadly that they imprisoned them roughly seven hundred thousand years ago. When one Fae fears another, be afraid.

Each court has their Hallows, or sacred objects of immense power. The Seelie Hallows are the spear (which I have), the sword, the stone, and the cauldron. The Unseelie Hallows are the amulet (which I had and the Lord Master took), the box, the Sifting Silvers, and the highly sought-after Book. They all have different purposes. Some I know; others I’m not so clear on.

Like Barrons, V’lane is after the
Sinsar Dubh
. He’s hunting it for the Seelie Queen Aoibheal, who needs it to reinforce the walls between the realms of Fae and Man, and keep them from coming down. Like Barrons, he has saved my life. (He’s also given me some of the most intense orgasms of it.)

The Lord Master is my sister’s murderer; the one who seduced, used, and destroyed her. Not quite Fae, not quite human, he’s been opening portals between realms, bringing Unseelie—the worst of the Fae—through to our world, turning them loose, and teaching them to infiltrate our society. He
wants
the walls down so he can free all the Unseelie from their icy prison. He’s also after the
Sinsar Dubh,
although I’m not certain why. I think he may be seeking it to destroy it, so no one can ever rebuild the walls again.

That’s where I come in.

Not only can I see the Fae, I can sense Fae relics and Hallows. I can feel the
Sinsar Dubh
out there, a dark, pulsing heart of pure evil.

I can hunt it.

I can find it.

My dad would say that makes me this season’s MVP.

Everybody wants me. So I stay alive in a world where death darkens my doorstep daily.

But that’s not important now. What’s important is starting at the right place—let’s see . . . where was that?

I peel the pages of my memory backward, one at a time, squinting so I don’t have to see them too clearly. I turn back, past that whiteout where all memories vanish for a time, past that hellish Halloween, and the things Barrons did. Past the woman I killed. Past a part of V’lane piercing the meat of my tongue. Past what I did to Jayne.

I zoom down into a dark, damp, shiny street.

It’s me. Pretty in pink and gold.

I’m in Dublin. It’s nighttime. I’m walking the cobbled pavement of Temple Bar. I’m alive, vibrantly so. There’s nothing like a recent brush with death to make you feel larger than life.

There’s a sparkle in my eyes and a spring in my step. I’m wearing a killer pink dress with my favorite heels, and I’m accessorized to the hilt, in gold and rose amethyst. I’ve taken extra care with my hair and makeup. I’m on my way to meet Christian MacKeltar, a sexy, mysterious young Scotsman who knew my sister. I feel
good
for a change.

Well, at least for a short time I do.

Now I’m clutching my head and stumbling from the sidewalk, into the gutter. Falling to all fours. I’ve just gotten closer to the
Sinsar Dubh
than I’ve ever been before, and it’s having its usual effect on me. Pain. Debilitating.

I no longer look so pretty. In fact, I look positively wretched.

On my hands and knees in a puddle that smells of beer and urine, I’m iced to the bone. My hair is in a tangle, my amethyst hair clip bobs against my nose, and I’m crying. I push the hair from my face with a filthy hand and watch the tableau playing out in front of me with wide, horrified eyes.

I remember that moment. Who I was. What I wasn’t. I capture it in freeze-frame. There are so many things I would say to her.

Head up, Mac. Brace yourself. A storm is coming. Don’t you hear the thunderclap of sharp hooves on the wind? Can’t you feel the soul-numbing frost? Don’t you smell spice and blood on the breeze?

Run, I would tell her. Hide.

But I wouldn’t listen to me.

Reluctantly, I merge with the memory, slip into her skin . . .