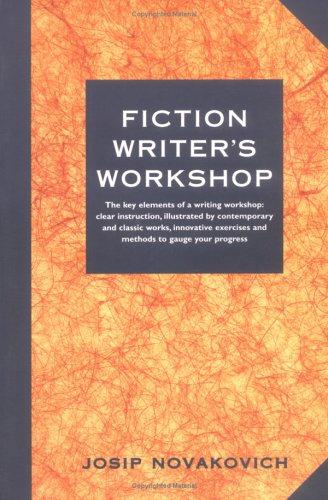 Do me a favor. Pick nearly any two books of fiction from the shelves of a library or bookstore. Read a few pages of each, and compare the treatment of dialogue. Odds are, you'll find that the two are miles apart. One writer is burying himself in dialect, while the other writer uses almost no spoken words at all. Or one writer's characters sound like fortune cookies, while another one's sound exactly the way your mother did when she was chasing you around with that wooden spoon when you were six. Who has it right? One thing is clear: Every writer grapples with dialogue in her own way, and for every reader there are certain writers who get dialogue "right."

What's the secret? Well, if I had the answer, I'd put it in a spice bottle and charge you by the gram. Practice, I guess. Keep writing. To that sort of advice, I grant you my own first line of dialogue: "Thanks for nothing, babe!"

There is no secret, except to learn how to
trust
the language you hear, to learn to
hear
the people around you and to
expose yourself to
as many voices (and techniques) as possible.

This book should help you with some of that. It works to show you ways to relearn listening, to break down the dialogue you come across in your own life and in your own reading. It will find ways to help you generate dialogue to lead you to stories and make existing dialogue work better within your work. It attempts to help your dialogue sound more like "real life" without losing the flavor of your craft.

What it won't do is set you up with rule upon rule. I have one rule and one piece of advice. I'll give them to you here, so long as you're browsing. The rule: Above all else, work. The advice: Question the need for rules in matters such as these.

I've tried to make it entertaining. I hope you'll hear a little of my own voice in the middle of all of this. At times, I'm sure, my prejudices show through; at others, you'll catch a bit of my attitude. But what's a conversation without a little of each of those?

T
he world is crowded with voices. While we can retreat to our silences from time to time, most of us are called on to speak and listen for the better part of every day. From the beginning of our lives we listen, in preparation to speak. As infants, we first listen to the world, to the intentional and unintentional prattle of the adults, before we speak. Later, given voice in the world, we speak and find that sometimes we are listened to, other times not. So we try different strategies. We recite. We give reports. We greet one another. We yell. We joke. We cajole. We blurt out secrets. We lie. We tell stories.

If there's anything you're an expert on, it's your own voice. I'm not referring to the sound of it, though presumably no one sounds as much like you as you do (unless you're Johnny Carson, and then everyone thinks he sounds more like you than you). I'm referring to your voice as a reflection of who you are, of your consciousness. The words you choose, the idioms you select, the metaphors you rely on, consciously or unconsciously, this is your voice as I define it. It is you. They can put you in jail. They can throw you in the hole. They can soundproof the room. They can even take away your cigarettes! But you still have your voice.

So what's so hard about writing dialogue? It's just speaking, right? Well, the truth is, writing dialogue is not all that hard. I can teach you ways to fill up pages with the stuff. There are many writers who do it exceptionally well, propelling plot lines along, carving entire scenes out of dialogue. One would think it's like setting up a microphone in front of the world. "You create a character. As you write, you begin to know her, until you feel, finally, that you understand her. When she speaks, you might expect to feel that it's like turning on a faucet, that the words ought to flow out of her in a torrent. Only if you're lucky. Whether they do or not, you'll find that writing dialogue is
not
a matter of including everything that's said. This is a physical and intellectual impossibility. Writing dialogue is a craft that demands that you
shape
what a character says so that it's representative, artful, revealing and honest.

Good dialogue is like no other part of a story in that it can, and it ought to, give some sense of being an event unto itself. Good dialogue lends the readers a sense that it is happening outside the writer's control, while clearly it is anything but outside his control. When dialogue slides in between the quotes, it says to the reader that there's another voice at work here, another source. It's an illusion for the most part; though of all the elements of fiction, good dialogue comes closest to reflecting the world accurately, if only for a flash.

So you have a voice. Start writing dialogue, right? Well, no. Not surprisingly, I'm going to ask you to start the way you began all those years ago, back when people used to carry you around in their arms, back when they encouraged you to play with the wooden spoons as if they meant something, back before you were such an expert on your own voice, Mr. Smartypants.

I want you start out by listening.

If you really listen to yourself talk, you might find that you sound like a moron. I know I do. On the morning I started this book, I did what I always do when I talk to my students about writing dialogue: I listened. I spent an entire day listening to myself.

You can't write convincing, compelling dialogue in fiction unless you like to listen. I'm not talking about listening to the vireos chirping in your redbud or the Great Northern rumbling along the north side tracks either (although these sorts of sounds surely ought to find their way into your fiction). And I'm not talking about listening for "real meaning" either; no deconstruction allowed, no groping for metaphors. This sort of listening is not about sounds, not yet anyway. It's not about paradigms or constructs. I'm telling you to listen to yourself. This is about the ways
you
use words. Now this is hard to do. Harder than you might imagine. When you really listen to yourself, you can't help shaping what you say. When that happens, you won't sound like yourself, defeating the point of the exercise outright. You'll find you have to control your self-awareness so the entire day isn't spent in some sort of meaningless charade, you rasping like Christian Slater or popping words out like Cary Grant.

The key to this sort of listening is a method of recording. You could use a tape recorder—there are uses for tape recorders, which I'll get to—but for this exercise, I recommend writing everything down. It's possible to do it as you go, pausing after each sentence to record, but the self-consciousness question comes up, not to mention the dirty looks. You have to keep people around you unaware so you can fall into the normal patterns. At the same time, you have to stay aware, to listen and find time to record.

Scribbling in the Notebook

Since it's awkward to end a conversation by scribbling down the last few words, I decided to keep a mental tally until my next free moment, during which I did any necessary scribbling in a red spiral notebook, which I carried with me everywhere I went. I didn't worry about what anybody else said. Only me. I didn't worry about noting the time of conversations or to whom I was speaking. So I have no idea when, or why, I said, "Have you taken care of your dog's nails yet?" But, late that morning, I did. It's in the notebook.

What was I left with at the end? Various discoveries. I was distressed to find that I use the word "yup" all the time. I found that I am no artist when it comes to the passing line. By this I mean the sort of thing you say to someone as you stride past. "How's it going?" qualifies. (Six times.) "What's up?" was my distinct favorite when I was younger, but has now diminished in frequency to no more than once or twice a day (in my spiral notebook it appears only once). How could I use a word like "howdy"? (I do though, a lot it seems.) I found that I have a series of more personalized greetings for those who turn square to me (things such as 'To" and "Good morning, all!"). I discovered that I have an awful habit of calling people by their full names in lieu of a greeting, as if this were some sort of hail, some new information for us both ("Lynn Gram!" "David Newman!") In all, I said "hello" eleven times, nine of them when answering the phone, once to my secretary and once to my son, while trying to break his gaze from the television ("Hello? Why aren't your socks on your feet?"). Twice I used the catchy "Y-ello" instead. (Lord.) I also used a sound, something like "uh" but my own personalized "uh," more like "eh" or "eah"—a sound that seemed to punctuate any compound complex sentence I was forced to put together, as if I had to—eah—grope for each clause like a man trimming a bush one branch at a time.

A typical page in the notebook looked like this, with each line being something I said.