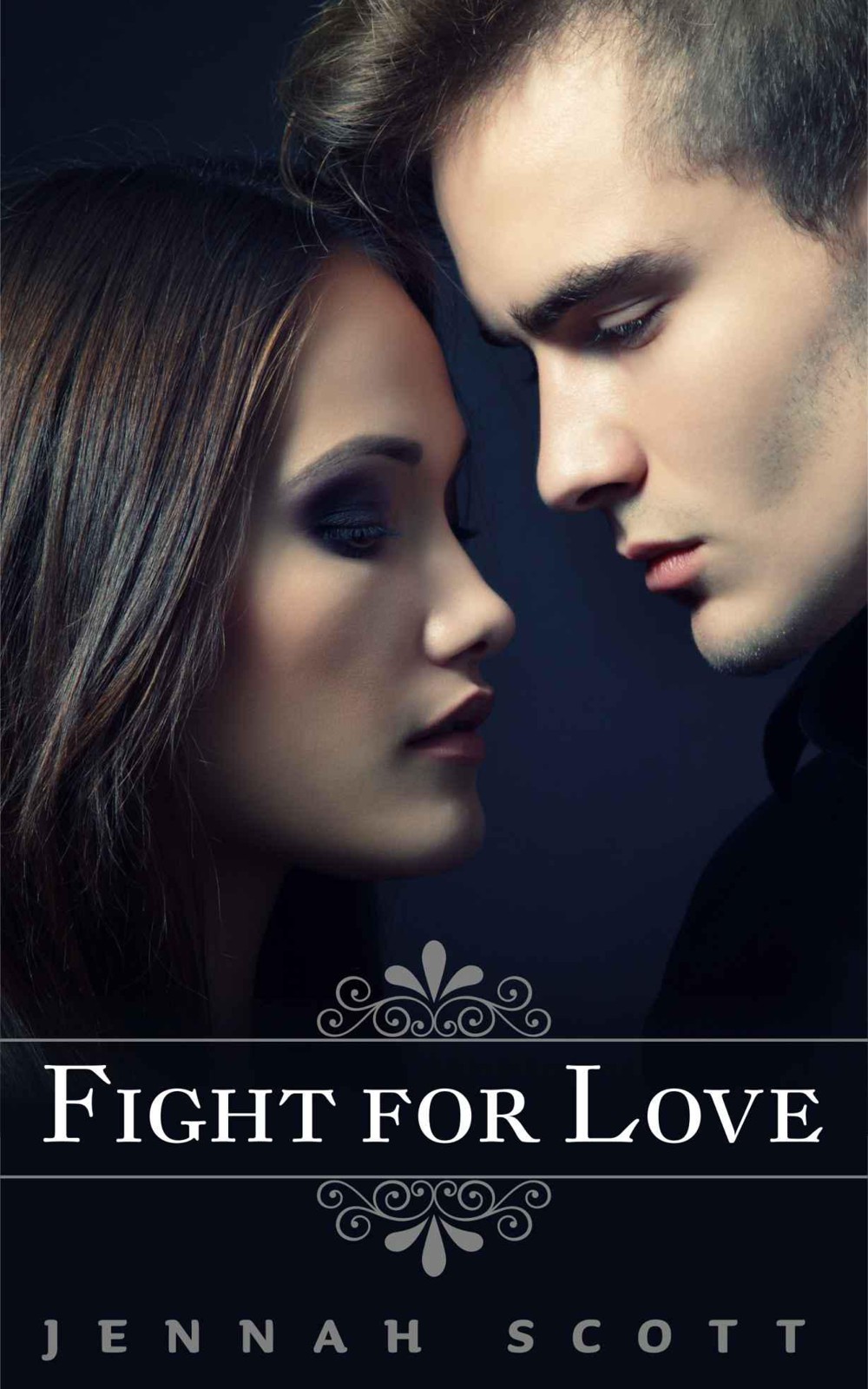 Editing by: The Author’s Red Room

When you think there’s nothing left, I promise there is.

One day very soon I will no longer wake up with stiff muscles and black eyes.

That was the vow I made to myself while inspecting the dark ring around my left eye before going into Dr. Greenberg’s office. I was tired of fighting my stepfather. Tired of Stacey seeing me as a weak boy that needed help. My skin tightened with rage and my hands curled into fists.

According to the clock on my phone I had fifteen minutes before my appointment. Dr. G didn’t like it when I was late and she wasn’t afraid to turn me away.

She was also one of the best psychiatrists I’d seen since Mom forced me to go when we moved to Texas. Mom wanted me to go for my anger problems, not the bruises.

Our weekly sessions weren’t just about me spilling my guts. She wanted me to be a better person. I felt it in the way she looked at me and with the patience she had when I disrespected her. For once I wasn’t reprimanded with a fist. Instead, she told me what I did wrong and expected me not to repeat my mistakes. Dr. G knew about my stepfather, she reported him to child services. But when they showed up at the house I kept them from uncovering the truth. It was better that way. I stayed home to protect mom. Social Services couldn’t have me. Then he’d have her, and I’d do whatever I could to stop that from happening.

I gave myself one more look in the mirror before leaving the car and entered the office with my head down, trying to hide my latest black eye.

“Hey, Luke.” Stacey’s voice brought a smile to my face no matter how my day went.

Everyone told me one day I’d find a girl that turned my life inside out.

They were right, I had, but she saw me as nothing more than a blip on the radar, another patient for her to learn from.

“What’s up?” I lifted my chin in acknowledgment and finished the walk to the front desk. It wasn’t a long one, but I took my time so I could memorize everything about Stacey: her short hair, knowing eyes and playful lips. Today there was a small crack on her lower lip where she’d chewed it raw.

Stacey was a student at Southwest Texas as well as the office receptionist. Dr. Greenberg hired her a few years ago, long before I started coming, and then three months ago accepted her application as an intern. It was because of the internship that she and I were able to spend more time together than anyone else.

On her days off she met with patients and reviewed charts with Dr. Greenberg. Apparently, I was an interesting case and one of frequent discussion between them. At least that’s the way Stacey put it.

When I asked Dr. G about it, she replied with a very clinical response, “Luke, Stacey and I do not discuss the details of patients. You should know that I keep everything confidential, even with her as an intern. What you say here is kept between us.” I wanted to trust her, but considering everyone I’d trusted in the past had screwed me over, it was a hard thing to do.

“You’ve got another black eye. Who did you fight this time?” Stacey avoided my question on how she was doing by directing the conversation to me. Not really a surprise.

I crossed my arms on the marble desktop. Each time I tried harder than the last to cover up the bruises, but Stacey always saw them. I wished she’d quit asking, but if I came out and said as much I’d prompt more questions. Better to play it off as nothing.

Our conversation ended with that.

The office phone rang and Stacey answered before the first ring ended. When our eyes met again she flicked her wrist toward the back hallway. It was time for my appointment and she was giving me the okay to go on back.

With my head down I made my way to Dr. G’s office and prepared a new lie to explain away the aches and pains I had this time. Soon enough I’d have to tell the truth, but until then I was becoming one hell of a storyteller.

The days after my appointment with Dr. Greenberg tended to start out pretty good. But not this time. After getting ready for school I went downstairs to grab breakfast before heading out.

I picked up a protein bar from the table, ripped off the top half of the wrapper, and ran right into my mom when I turned to throw my trash away. She turned her head quickly so I wouldn’t see what he’d done. But she didn’t do it fast enough. I didn’t miss her swollen jaw.

“Mother fucking son of a bitch. He hit you again. We need to leave. Now. Go pack up what you need for a couple of days and let’s get out. Please, Mom.”

“Luke, I don’t want to leave him.” Why? I didn’t understand why she thought she couldn’t leave Dave.

When my dad was around she was strong. She took care of me, and herself. Her interior decorating business actually made money. She was damn good at it. I looked up to my mom. Now, I did everything I could to not look at her. It hurt too much.

“Mom, what happened to you?” I asked.

“You’ve changed. You don’t even stand up to him. He uses you, hits you, hits me, then runs off to work and plays the good guy.” Damn. Just thinking about it pissed me off.

My hands fisted by my sides and my muscles tightened. I wanted to inflict pain. It was time to go. I’d get to school early. Maybe take a few hits on the punching bag.

“I love Dave. He gets a little…over excited occasionally. That’s all.”

Overexcited occasionally. Well if that wasn’t the biggest line of bullshit ever.

I guess that was true if every morning, afternoon and night counted. Sure, occasionally.

I didn’t know what else to do, so I stayed at home. I took his hits with the hope she wouldn’t have to. But I didn’t know how much longer I’d last. My goal was two hundred and twenty days—the end of the school year. Then I could only hope to convince Mom to move with me when I escaped this hellhole for college.

It was pointless to try and argue with her. These days nothing I said made it past her deaf ears. My bag sat on the floor by the door. I snagged it on my way out. Maybe some of the guys would be playing ball and I could jump in.

“Police, everyone step away please. Son, take a step back. I don’t want to hurt you.” I barely heard the man’s command over the blazing sirens coming down the street.

Why were there sirens? Who was the guy telling me to take a step back? There was a circle of people around me, whispering and looking at me then at the ground. I followed their gaze to see a guy I knew, Brandt, lying in front of me. His face was covered in blood and his wrist lay at an awkward angle on the ground.

What the hell happened? The last thing I remembered was playing basketball with the guys. Brandt and I were throwing insults at each other, and I went up for a shot…I did this to him. I fought Brandt. But why?

“Don’t make me ask again.” The cop’s rough voice wasn’t as threatening as he’d intended. He had a smoker’s rasp that made me think of cancer rather than intimidation. “If you don’t step away from the boy, I’ll do whatever’s necessary.”

I sighed. There had to be a reason why I did this to him. What was it? Something nudged my thoughts, but I couldn’t put my finger on it. My mom and I argued that morning. Was that why I lost it?

Not that it mattered anymore. My time was up. This was my last chance. The school had a three strikes rule and this was my third. Or fourth, I’d lost count. Great.

“What happened?” I asked.

The officer behind me chose that moment to take a step forward. The air around me shifted and my personal space shrank.

“Well, I’d hoped you could tell me.” A hand dropped to my shoulder. “Why are you standing here with bloodied knuckles?”

I shrugged and placed my hands behind my back. I knew what would happen next. Officer McGruff, my nickname for all cops, would pull his cuffs out of the holster on his belt. I’d hear a grinding noise and click from the cuffs snapping over the first wrist, then the second, drawing everyone’s attention to me. This wasn’t the first time I’d earned a one-way trip to the station for fighting.

My head dropped to my chest. “I don’t know what happened. One minute I’m playing a game of shirts versus skins, and the next you’re here ready to haul me in…” I rubbed my hand down my face. “Again,” I mumbled.

“You nearly beat him,” the officer nodded at Brandt lying on the concrete, covered in blood, “into unconsciousness. You can’t honestly think I’ll believe you don’t know what happened.”

I hated this. I hated not being able to remember anything. The fact that I’d just laid into one of the few friends I had made it even worse. “Really, I don’t know what happened,” my voice came out barely louder than a whisper while I tried to squash the disappointment I felt in myself.

The crowd began to part when the school nurse’s shrill voice rang through the air. She rushed past the few onlookers who stuck around.

A group of paramedics dressed in dark blue uniforms carried a backboard and what looked to be a toolbox through the herd of gawking students. I had enough experience with medics to know the red toolbox didn’t hold a hammer and nails. It had everything they’d need to try and patch the guy up.

“Come on,” the officer said as he guided me away from the excitement.

Everything about this felt repetitive. If I remembered why the fight started, maybe the trip to the station and the threats from my stepfather could be avoided.

I watched as the guys knelt down on the concrete and winced at the bloody mess of Brandt’s face.

It sucked that I couldn’t go back in time and stop it from happening. I looked down at him again.

“You know him?” the officer asked.

“I guess you could say that. We’ve played ball together a couple of times. It’s not like we’re best friends or anything.” No, not best friends. I wasn’t even sure we’d be able to make amends, but I wanted to. I didn’t want to lose what I had. Which probably made me sound like a chick, but I didn’t care. Not much anyway.

“Feeling sorry for yourself?”

“No. Right now I feel like the lowest piece of shit possible. That okay with you?” The combination of frustration with myself and anger with the cop made me snappy. Was it too much to ask for him to give me a break?

“That’s enough from you,” the officer said with a shove from behind.