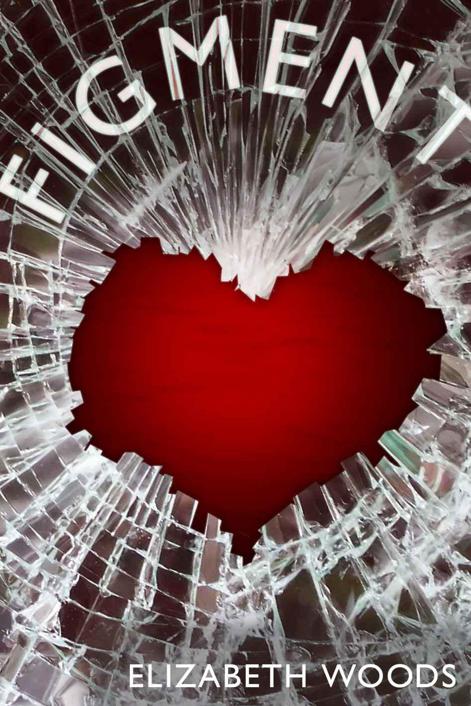 All rights reserved. No part of this book may be reproduced or transmitted in any form or by any means, electronic, mechanical, photocopying, recording, or otherwise, without prior written permission of Alloy Entertainment. If you would like to use material from the book (other than for review purposes), write to
[email protected]
.

I stared out the window of Becca’s car, the side of my forehead pressed to the glass, avoiding my stitches. The dark pine trees slipped by in the blue-tinted
Connecticut New England twilight. No rain tonight. Not like the night of the accident. The road had been slick then, gleaming with moisture. The car had slipped a couple of times, climbing the steep hills. I remember clutching the side of the seat, but Davis had just grinned at me and purposely wobbled the steering wheel a few times to scare me even more.

“I hope he’s home.”
My voice was still hoarse from all the screaming I’d done in the hospital. Up ahead was the turnoff for Davis’s house.
Please be there.
I hadn’t seen him since the accident three nights ago.

“You’ll never see hi
m again.” My father’s voice, low and intense, whispered through my head. He’d sat down by my hospital bed when he told me that, his face pale and creased.

“I will!” I’d shouted at him. He’d said the same thing before. But this time, instead of raging at me, Dad had just dropped his head into his hands as my mother patted his shoulder.

“Zo, are you sure this is a good idea?” Becca slowed the car a little. “I mean, seriously, you were just discharged this afternoon. You’re still . . . raw.”

I could feel her eyes lingering on the bare patch at the side of my head. It was one of the first things I’d noticed myself when I woke up in the ICU. The bald spot as big as my palm, and the crusted scabs at the corners of my eyes. But when I saw the black stitches crisscrossing my abdomen like an insane charcoal drawing, I forgot about my face.
The twisted metal from the hood of the VW had pierced my belly like shrapnel, the doctor had told me. It had taken them six hours in the OR to extract it all and sew me up.

“He might not even be there, Zo. You haven’t been able to call him, right? Didn’t you say your parents took away your phone?” Becca sounded a little nervous. She traced the steering wheel with one hand, around and around.

“I just need to see Davis, okay?” The words burst out louder than I’d intended. But I was so sick of everybody treating me like I was made of blown glass. I forced myself to lower my voice. “I have to talk to him. Who knows what my parents said to get him to stay away?” My father was an attorney. His nickname in court had always been PB—for Pit Bull. “He hasn’t been answering any of my e-mails. Dad could have told him he’d press charges if he didn’t stop seeing me.”

My throat clenched as I spoke. My parents and I had had every battle possible over my relationship with Davis. Ever since he’d come by my house one overcast winter afternoon, coatless, hatless, hands stuffed into his pockets. We’d gone for a walk and hung out at the elementary school playground until way after dark, then gotten coffee at Kaldi’s. It was the first time I’d missed my curfew, and they’d had it in for him ever since. “They’re so convinced he’s a bad influence.”

Becca cleared her throat and gave me a significant look. I knew she was thinking of the whole computer hacking incident at school earlier that year. It had been just a tiny thing, but Davis had almost been expelled over it. He’d broken into the school’s grading program, but he hadn’t actually changed anything. When I’d confronted him about it, he’d said he just wanted to see if he could. “And now I know,” he’d said, and laughed, like always.

Another thought niggled at the back of my mind, one I didn’t speak aloud. There was always the possibility that my father had paid Davis off—offered him college tuition at Stanford, his dream school, if he never saw me again. But Davis would never take a bribe like that. Right? My throat felt dry suddenly, and I took a swig from my water bottle. Not even if he really needed the money. He always needed money.

“You know they’ve been talking about taking me to London.”

“How come?” Becca turned down Davis’s street, barely inching along, she was driving so slowly.

“They say that Dad has some big case there, but I know they just want to get me away from him.” I felt sick, just talking about it. “They’ve already bought the tickets. Tomorrow, six in the morning. Mom keeps saying she hasn’t made up her mind yet if she and I will go.” I leaned forward, anticipation rising in my stomach. Davis’s house was just at the end of the cul-de-sac. “It doesn’t matter, though. I’m not going. I already told them that.”

Headlights suddenly loomed in front of us, momentarily flooding the car with light. I gasped as a blast of brightness and sound flooded my senses, blaring like headphones turned up to maximum volume.

The car spun bonelessly, the wheel slipping through Davis’s fingers, the guardrail growing larger and larger in the windshield, the hot rubber smell of the brakes, and my own voice screaming Davis’s name.

The images flashed in front of my eyes like strobes. Then, just as quickly, they were gone, leaving me with only the mundane swish of the approaching car as it drove past.

“Stop the car,” I managed to say. Becca pulled over to the curb, and I shoved open the door, leaned out, and vomited on the asphalt.

“Oh, damn, this isn’t good.” Becca got out and came around to the other side of the car. She crouched down by my side. “You are not okay. Look, Zo, I know your parents cut you off from Davis.” She seemed to choke a little on his name. “But maybe we should just, you know, back off a little? He
. . . um . . . he might need to recover, too.”

I wiped my mouth on my sleeve. “Please don’t tell me you blame him for the accident, too. Becca, you have to help me,” I pleaded, willing back the tears. But when she just looked away, I grabbed my crutch from the seat beside me and slid the plastic cuff over my forearm. I’d walk the rest of the way.

I pulled myself from the car, wincing at the pain that knifed through my leg and abdomen as I stood upright.

I gritted my teeth and forced myself down the sidewalk.
Davis, I’m coming. I’m coming
, my mind chanted. Why hadn’t he returned any of my e-mails? Why hadn’t he come to the hospital, broken down the door to see me? I stumbled against a fire hydrant, barely catching myself. Was he hurt? My parents refused to give me any details.

Heaving myself upright, I stumbled a few steps farther. My leg was on fire now, bolts of pain shooting down into my sneaker. I could see the white clapboard house up ahead. The lights were on downstairs. And in Davis’s room, the one just over the porch. I strained to see if he was inside, but the sheer curtains were drawn.

Then a shadow passed in front of the window, someone tall and lean, with broad shoulders. “Davis!” I tried to call, but the name was lost in my grating breaths. I twisted around. “Becca, he’s there!”

She was back by the car, huddled against the side, holding her phone to her ear. She straightened up quickly and stuffed the phone into her pocket. “That’s great, Zo.”

“Who were you talking to?” I asked slowly. She sounded encouraging, but her voice held a touch of insincerity.

She lightly touched the outline of the phone in her front jeans pocket. “No one. Patrick.”

“Patrick’s in Kenya.” I steadied myself on my crutch and hobbled closer. “Bec. What’s going on? You’re acting weird.”

Becca seemed to struggle against something inside her, and then her face crumpled. “I’m acting weird?” she burst out, tears starting in her eyes. “Zoe, you’re the one who made me drive you out here in the middle of the night when you can hardly stand up. Look at you. You’re a mess. Your eyes aren’t even healed from where you—” She seemed to stop herself with a conscious effort and took a deep breath. “You don’t even realize
. . .”

“What?” I swayed forward, trying to look into her face. “I don’t realize what?” As I spoke, something tickled at the back of my mind. Something I was supposed to remember. Something I’d been told
. . .

Then the memory wriggled away like a minnow as another car purred up the street behind us. I turned around, throwing up my hand as the headlights blinded me for a moment. The car slowed and stopped a few feet away.

I whirled around and stared at Becca, but she dropped her gaze and fiddled with the zipper on her sweatshirt. “I’m sorry, Zo,” she whispered.

“You called them?” I asked incredulously. “I trusted you!” The pain shot nauseatingly through my leg, but I ignored it. I stumbled forward, trying to get to Davis’s porch, but the tip of my crutch slipped on a piece of loose pavement. I started to fall.

“Zoe!” My father caught me around the waist. I twisted like a fish on a hook, fighting to free myself. I glimpsed his lined face, his graying hair falling over his forehead.

“What are you doing out here?” His eyes were anguished.

“What do you think? Trying to see my boyfriend!” I struggled against the arm wrapped around my shoulders. “Dad, please, I have to— I have to see him—” My voice was clogged with tears that streamed down my cheeks. I wasn’t even sure who I was talking to—Becca, my parents, or whichever Fate had destroyed my body and stolen my boyfriend in one life-shattering instant.

The Dead Side of the Mike by Simon Brett
The Ballroom by Anna Hope
Keeper by Mal Peet
Searching for Someday by Jennifer Probst
Divider-in-Chief by Kate Obenshain
First to Burn by Anna Richland
The Theory of Moral Sentiments by Adam Smith, Ryan Patrick Hanley, Amartya Sen
Shapeshifters Anonymous by J A Konrath
Vampire Brat by Angie Sage
The Favourite Child by Freda Lightfoot
Our partner