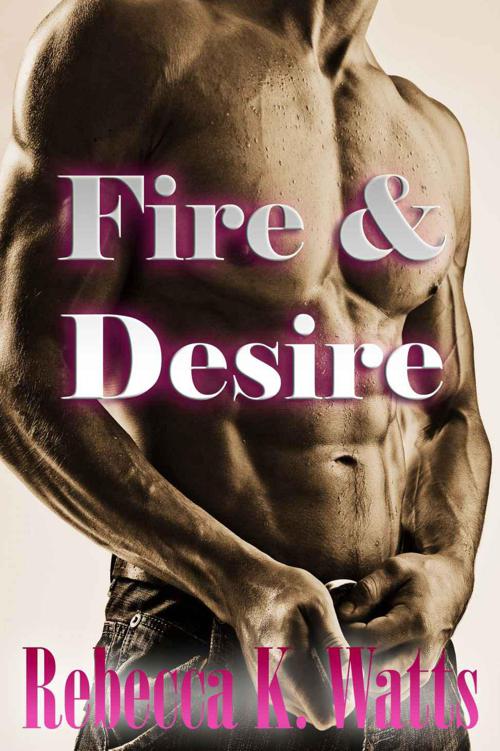 This ebook is licensed for your personal enjoyment only. This ebook may not be re-sold or given away to other people. If you would like to share this book with another person, please purchase an additional copy for each person you share it with. If you're reading this book and did not purchase it, or it was not purchased for your use only, then you should return to the retailer and purchase your own copy. Thank you for respecting the author's work.

Books by This Author

Thank you for purchasing my novel. I really
adored writing Emily and Antonio’s story as I believe they truly compliment each other. Enjoy!

Emily Washington is a beautiful, stubborn and shrewd business woman with a hidden fire behind her eyes. Recovering from a devastating heartbreak, it has been over a year since she has allowed anyone in her bed or near her heart. The dark haired Antonio Moretti is the perfect man to bring her out her hiatus.

Antonio Moretti had no idea what to expect when he walked in the door for his interview with a new client. Emily was hardly his type but he can’t take his eyes from her. He’s determined to experience her softer side and feel the warmth between her legs.
Soon Antonio and Emily find themselves battling temptation, overcoming heartbreak, and betrayal all while succumbing to love’s desire.

F
inally the day had come. It had been a long month of chatting online, phone calls, and Skyping. Emily was going to see him in a few hours—her Mr. Right. Ninety days prior she couldn’t believe her luck when she opened up her laptop and saw him online. A simple friend request on a networking site had turned into so much more. Not once had she ever dared take anyone seriously who sent her messages about wanting to know me better. It was something different about him. Brad’s approach was different—so different she decided to try something new.

As
Emily drove the hour to the airport her mind flashed back to their first Skype conversation. She was timid about trying it out but with his coaxing she gave in. Her heart was beating fast even before she clicked on the ‘Answer Video Call’ button. With one click his olive face flashed on the screen. Brad’s smile stole her heart the minute he flashed those pearly whites. They started out having a normal conversation until he took it further.

“Stand up and show me what you have on.”

“Step back so I can see your whole body.”

Heat rose to her brown cheeks as she blushed and did as instructed. Emily moved back and showed him her white and pink fitted nighty.

Emily hesitated, and then slowly slid the nighty over her body, exposing her thong and braless breasts. Flipping her hair to one side, she posed and let him take in her body. He took his time roaming over her curves.

With one hand she pulled it down past my thighs, down to my feet and on to the floor. He licked his lips at the site of my shaved glory.

“You’re
so beautiful. Pull the chair back and sit in it with your legs open.”

Emily
took a seat and spread her legs wide. The pink nectar inside was on display. She didn’t wait for him to give her any further instruction. Placing her right hand on her bellym she slow walked her fingers down to her button. Using my index finger as a massage tool she worked it on her clit. The pressure of her finger on her clit stimulated instant wetness.

She positioned her laptop directly in front of her spread legs. Emily wanted him to have an up-close view. Her hand found its way back to my clit. This time she rubbed it with two fingers. Her eyes closed as she tossed her head back in enjoyment.

Her juices began flowing out her inner walls. Emily rubbed harder and faster. She wanted to feel more. She inserted a finger and slid it in an out. The heat from my inner juices surprised her. Emily was on fire. She began working my finger until she was ready to explode. Emily opened her eyes and looked at him, wanting to see the expression on his face.

Brad
had a surprise. Not only was he watching but his hands worked just as hard as hers. Emily’s eyes fixated on the thick rod he held between his hands. His rhythm matched hers. She pumped and rubbed harder. Faster. Harder. The build up started in the lower pit of he stomach and rushed throughout her body until she climaxed.

Thinking about it caused
her to swerve out my lane. Emily snapped out of it before people assumed she was a drunk driver and called the police. Luckily for her she was less than a mile away from the airport.

Emily
followed the signs around to baggage claim. He seemed surprised when she volunteered to pick him up. Why wouldn’t she? It got her to him a lot sooner.

The
timing was just right. She pulled up just as he walked outside. He stood there looking so handsome. Even though there was a crowd around him, he was all Emily could see. Jeans and a black sweater—he wore them well.

Emily
pulled closer and unlocked the doors for him to set his bag inside. She quickly stepped out the car and made her way over to him. He gave her a longing hug. His embrace let her know he couldn’t wait to see her either. She wanted to kiss him right then and there but security flailed the arms, urging them to move along. Reluctantly he released her from his embrace and she made my way back to the driver’s side.

She switched the gear to drive and pulled off.
Navigating through the traffic, Emily caught peeks at him out the corner of her eye. He looked back at her. Emily rolled up to a stop light. He placed his hand on her chin and turned her head towards him. Leaning in closer he took her lips in his. His tongue entered her mouth and danced around.

She
ignored the honking cars behind them. His kiss lit a flame in her loins. Her sweet spot began pulsating. He tugged on her bottom lip and then pulled away.

“The light
’s green. You need to pull off before the woman behind us comes and taps on your window.”

From the look on her face in
the rearview mirror Emily had to agree. She gave them angry hand gestures. Emily pulled forward and then decided to take the scenic route to their destination. She turned down a side road. It would get them to where we needed to be but with less traffic, as it was a country road.

He took the hint and
moved a hand to her thigh. Brad lowered it between my legs and grazed her sweet spot. Touching it through her jeans wasn’t enough. He unbuttoned them and slid his hand in. Using two fingers he slid the lips open before inserting one finger inside her. My hips rose to his touch.

Emily
pulled over alongside the road as he worked his finger inside her. Her inner walls gripping away as he pumped. He used his finger to massage the clit.

Her
clit swelled. She was coming. He massaged her faster.

He withdrew
his fingers out and licked them. Emily lifted up the center console and leaned towards him so she could remove his belt and unbutton his pants. His member pressed against his jeans, begging to be freed. She pulled his clothing down and his soldier stood upright. Emily licked her lips and then licked around the head before taking it all in. Using one hand she stroked his shaft as she sucked on him. He arched his hips up and slow thrust in her mouth. Her jaws gripped the width of him as he slid in and out her throat.

He grabbed her hair and helped me please him. The taste of pre-cum filled her mouth. Emily’s pussy yearned for more. She sat up, pulled my pants down, and adjusted herself above him backwards. Slidding down on him, she pushed his rod inside her wet juices. It was a tight fit but she loosened up and allowed him entry. Emily rode him slowly, then faster. Looking back at him she watched as his eyes rolled to the back of his head and he bit his bottom lip. Rolling her hips she made circles on him and squeezed her inner muscles causing him to scream out.

The intensity of his pounding made
her lose control. Emily’s body quivered and she came along with him. The release felt so good. It was much better than the months of pleasing herself—even if he was watching.

She
lay back on him, their bodies spent. Their deep breathing slowed until they synched up. A flash of light caught Emily’s attention. It was a car headed in towards them. Reluctantly Emily rose up off him and into the driver’s seat. She lowered the center console back down and opened it. She took out a package of baby wipes and handed some to him.

They
cleaned off just as the car slowed down and stopped behind them. Red and blue lights flashed in the background. The car door opened and the officer walked towards them. Emily lowered the window.

“Evening Ma’am is there a problem?”
the officer asked.

“No sir. I pulled over so me and my husband can have a conversation.”

“Husband?” He flashed the light towards the passenger side. “I need to see some I.D.”

Emily
nodded and reached for my purse. After fumbling through the contents she found it. Her passenger held out his and she passed them both to the officer.

The stern expression on his face softened a bit.
“Looks like your conversation is over so I expect you to be on your way.”

The officer walked back to his car and waited for
Emily to pull off.

She
clasped her brown hand in Brad’s. “Welcome home I missed you.”