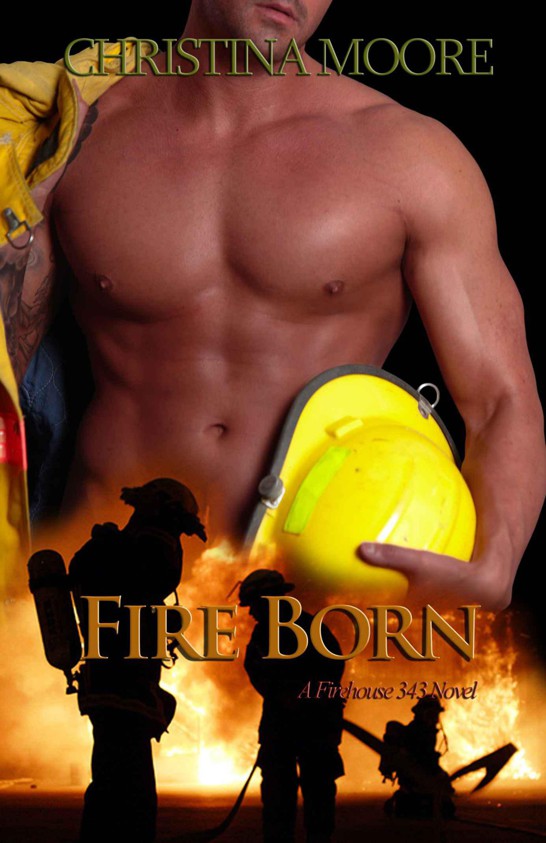 This book is a work of fiction. Any person or place appearing herein is fictitious or is used fictitiously.

All rights reserved, including the right to reproduce this book, or portions thereof, in any form. Please do not reproduce or transmit this book, in whole or in part, by any means
without permission in writing from the author.

This novel is dedicated in honorable memory to every firefighter who has given his or her life in service to their community.
For their courage, their devotion, their sacrifice.

Many thanks to Lt. Michael
McClaskie
of the Central Township Fire Department for his information regarding what firefighters do on a daily basis. Your help has brought an even greater sense of realism to this story.

Thanks also to the New Lakota Dictionary Online for providing an invaluable source of information on the Lakota Sioux language. I am grateful to have learned how to write words we use every day in another tongue.
PhilámayayA
.

A hero’s not afraid to give his life.

A hero’s
gonna
save me just in time.

There was a flurry of activity as Gracechurch, Montana’s bravest hurried into their turnout gear. Code 3—and the call for the rescue unit—meant not onl
y a structure fire
but
possibly
trapped citizens.

Chris Paytah lifted his head for but a moment as he
yanked his trousers into place, securing them with red suspenders and then grabbing his jacket to throw it on. “Yeah, Boss?”

The unit’s shift supervisor, Captain Calvin Maynard, was securing the hooks on his own jacket as he said, “You’re driving, kid.”

Chris, himself a lieutenant, laughed and replied with, “I always drive, Cal, because you suck at it
,
old man.”

They joked good naturedly with each othe
r and the other men on
B-Shift
as the three vehicles loaded up
—it was a natural defen
se mechanism to steel themselves against
the horrors they might soon be facing
. Chris turned the key in the ignition of Engine 14 as soon as h
e
slid behind the wheel,
then
reached to flip the switches for the lights and siren. Calvin had the radio mike in hand
,
already coordinating their route to the location with the ladder and rescue drivers.

“Good to go, kid,” Calvin said, though
as always he was a breath or s
o too late
,
because Chris was already pulling out of the station.

The
roads appeared to be light on vehicle traffic, which was a blessing as Chris navigated the pumper through
the
streets. The fire station was located in a section of th
e city referred to as Old Town
by the locals, as
it was the geographical area
i
n which the town had first been settled. But time had brought new people, and new people meant expansion
—the parts of Gracechurch built in the las
t 30 to 40 years were, naturally
, referred to as New Town
. While the firehouse had been retrofitted a number of times over the century or so since
Gracechurch’s
founding, it had never been relocated.
The address in Old Town meant that if a call was to a location in New Town, the fire had every chance of spreading before they arrived, making the fire department’s job that much more difficult. The city department could certainly receive assistance from a smaller fire station out of one of the four surrounding townshi
ps, but their response time could sometimes be
longer than the city’s.

Response time was one of the reasons the city had been clamoring for a second fire station in New Town for
much of the last three
decades. But f
or one reason or another, the voters had refused to support the tax levies that were an unfortunate necessity in keeping the fire de
partment equipped and staffed. Prior to 2001
, only
three
levies had passed in a span of about fifteen years. Rumor had it that the population were adhering to the old adage, “If it
ain’t
broke, don’t fix it.”

September 11, 2001 changed that
outlook
. The terrorist attacks that shocked the
world had been a wake-up call to communities across the nation. Suddenly, first responders such as police, firefighters, and EMTs were afforded a much deeper respect
and appreciation
tha
n
perhaps they’d ever recei
ved before. When word reached them that
the FDNY had lost 343 men
while they
save
d
the lives of others
at the World Trade Center
, the citizens of Gracechurch knew they could no longer sit idly by and do nothing
for their own
. No one could say for sure with whom the ide
a had originated, but like a flame
to dry tinder, the idea to build not only a new firehouse but a tribute to those selfless men
spread quickly through the city, and on Election Day, everyone in Gracechurch knew that the yearly tax levy would pass.

However, in order to do what they truly wanted to do, the money couldn’t be gained simply by passi
ng the Division of Fire’s tax
levy. The good people of Gracechurch held numerous fundraisers every year
after 9/
11
to support the
p
roject, collecting money at these events or simply donating to a trust account at the Gracechurch Savings and Loan for a new firehouse, new vehicles and turnout gear, and additional firefighters.
It had taken the better part o
f the last ten years, but
they had done it: The opening of Firehouse 343—so named in tribute to those 343 brothe
rs in arms—was just six weeks
away.

Chris
recognized the surge of adren
aline pumping through his blood as
his body automatically preparing him for the fight ahead. Code 3 calls were always extra tense because it meant the unit’s attention was divided between taming the flames and rescuing victims.
An added benefit to having two fir
e stations in the city would be the ability to put one unit on each task—or so they hoped. Only time would tell how well that worked out.
But
even if the two stations operated mainly in their respective sections of the city, the people of Gracechurch would still have the bravest at hand. Their extensive training meant that they could, and would, get the job done.

“Dispatch, this is Engine 14,” Calvin said into the radio. “Are police on-scene?”

Moments later, Chris leaned forward in his seat, his eyes widening a fraction as a plume of black smoke came into view. “Is it just me,” he mused aloud, “or does that look like
it
’
s
comi
ng from that apartment building
at the corner of High and Main?”

“Shit. Sure enough does,” Calvin muttered.

The building at High and Main was about fifty years old, one of the oldest in New Town (having been built before that end of the city had come to be known by that moniker)
,
and had once been an office building. Several small businesses had moved in and out of it
during its lifetime
, and
recently it had sat empty for
five years until some young, upstart developer got it into his head to turn the offices into efficiency apartments. A good idea on the whole, but the rumor mill that always ran ramp
ant through Gracechurch said
he had skimped on the renovations and that maintenance on the building was a joke.

To Love A Space Pirate by Rebecca Lorino Pond
The Guardian Chronicles 2: Dark Horizon by Matthew Burkey
Boyett-Compo, Charlotte - Wyndmaster 1 by The Wyndmaster's Lady (Samhain)
The Rule of Luck by Catherine Cerveny
One Chance (The One Series: Novella #4) by King, Emma J.
Rosko, Mandy - Mate of the Wolf (Siren Publishing Classic) by Mandy Rosko
Black and Blueberry Die (A Fresh-Baked Mystery Book 11) by Livia J. Washburn
The Tea Party - A Novel of Horror by Charles L. Grant
Shades of Surrender by Lynne Gentry
Fool for Love (High Rise) by Bliss, Harper
Our partner