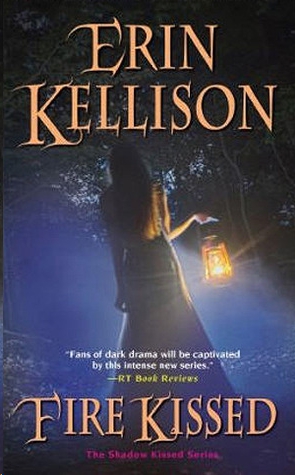 KEEP YOUR ENEMY CLOSE ...
She bolted to kneel on the mattress, her hands shaking and full of livid faefire.
“Angel,” she said, naming him as she prepared to strike.
“That won’t be necessary,” Jack said. Though he could read human minds easily, Kaye’s was a complete and utter blank, like all of the soulless mage-born. But he knew human nature well enough. If he remained at ease, she wouldn’t burn him. Most likely.
Pillow lines creased one cheek. Her auburn hair was flat on that side as well, wavy on the other. Black eyes. Her legs were braced apart, athletic in their youth. The skirt was still rucked up high on her thighs. Her stance was full of fight, so the life she’d been leading hadn’t broken her yet. Very good.
“Although historically I’m your mortal enemy—” Jack began. Mages, like the fae, had always defied Heaven. He added a smile to make the acknowledgment seem friendly. “Today, I’m your prospective employer, Jack Bastian.”
Other books by Erin Kellison
Shadowman
Novellas available exclusively in eBook
Shadow Play
Shadow Touch
Published by Kensington Publishing Corporation
FIRE KISSED
The Shadow Kissed Series
ERIN KELLISON
ZEBRA BOOKS
KENSINGTON PUBLISHING CORP.
http://www.kensingtonbooks.com

Lori Brighton - [The Seduction 02] by To Capture a Rake
Twisted Enchantment (Unbreakable Force Book 5) by Kara Jaynes
Mystery of the Secret Room by Enid Blyton
Drunk In Love: An Original Love Story by Tiece
Grumbles from the Grave by Robert A. Heinlein, Virginia Heinlein
Tyrant by Christian Cameron
Dire Desires: A Novel of the Eternal Wolf Clan by Tyler, Stephanie
The Sea of Aaron by Kymberly Hunt
Hunter Legacy 11: Home Is Where the Hero Is by Timothy Ellis
Dolphin Island by Arthur C. Clarke
Our partner