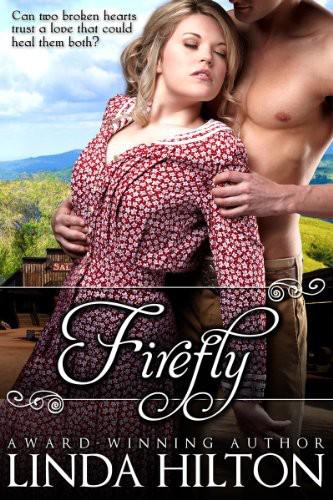 All rights reserved.  Except for brief quotations embodied in critical articles or reviews, the republication or utilization of this work in whole or in part in any form by any electronic or mechanical or other means, now known or hereafter invented, including xerography, photocopying and recording, or in any information storage or retrieval system, is forbidden without the written permission of the copyright holder. The scanning, uploading, and distribution of this book via the Internet or any other means without express written permission of the copyright owner is illegal and punishable by law.

License Note: This ebook is for your personal enjoyment only. It may not be legally re-sold or given away to other people. If you are reading this book and did not purchase it or it was not purchased for your use only or legally lent to you through an authorized lending application, then you should return it and purchase your own copy. Thank you for respecting the author’s work.

This book is a work of fiction.  Names, characters, places and incidents are either products of the author’s imagination or used fictitiously.  Any resemblance to actual events, locales, or persons, living or dead, is entirely coincidental.

Originally published in 1988 by Pageant Books

The sun bleached everything a dusty white this time of the day, from the cloudless June sky to the parched main street of Plato, in the Arizona Territory.  Nothing moved in the noon heat, not the leaves on the few cottonwoods, not the flag atop the post office building at the far end of town.  No one even left a horse tied in front of the Castle Saloon; two stray dogs lay sprawled in the shade under the wooden sidewalk, their coats too dry and dusty to attract flies.  If and when rain came to Plato, it would return the little mining town's weathered storefronts to a dismal grey from their summer patina, and the street would slog with mud.  But no one expected rain for quite a while.  Summer had just begun.

Simon McCrory lowered his ponderous frame to an unpainted wooden chair and tipped it back on two legs until his shoulders hit the front wall of his general store.

"Might just as well lock up and go home," he muttered to Lucas Carter.

Lucas spat a stream of brown tobacco juice, stirring up a puff of dust that hung in the motionless air.

"You had any customers today?" he asked Simon.

"You seen any since you been here?"

"I only been here since ten."

"Well, I didn't have none before ten neither," the storekeeper grumbled.  "Too damn hot."

For a few minutes the two men lapsed back into silence, Lucas with his long thin body slouched against a rough-hewn porch pillar and half sitting on the railing, while Simon lounged in his chair.  There was nothing else to talk about, not unless something happened to bring them out of their heat-induced lethargy.  They might well continue their silence indefinitely.

A movement in the street caught Simon's eye.  He quickly recognized the figure and did not even move.

"Ain't too hot for Mr. Hollstrom's daughter to bring him his lunch.  Lookit her.  One of these days that girl's gonna get heat stroke or something."

Julie Hollstrom would have agreed with Simon had she heard him.  The tray bearing her father's noon meal weighed heavily on her arms, and the steam from potato soup, fried ham, and fresh bread nearly suffocated her.  She thought of the bonnets most of the other townswomen wore to ward off the sun, but Mama had forbidden bonnets, just as she had forbidden anything that might have made Julie any less uncomfortable.

Like the restaurant across Main Street from Papa's telegraph office.  He could have purchased his lunch there.  Julie peered over her spectacles to look longingly at the restaurant's open door, a neatly printed bill of fare tacked beside the entrance.  But Mama insisted Julie cook a meal for her father every day and take it to his office rather than have him leave his post.  Being the telegraph operator was an enormous responsibility, not one to be walked away from every time one needed a bit to fill one's stomach.  Besides, they had spent so much money coming out here to Arizona, and it wasn't wise to waste Papa's earnings.  He had been lucky to find this job so soon after their arrival.

Julie felt perspiration bead on her forehead.  She couldn't wipe it away, and by the time she reached the telegraph office, her eyes burned excruciatingly.  The pain reminded her that she was the cause of the family's leaving Indiana for Minnesota, and Minnesota for Kansas, and Kansas for Arizona, and Julie remembered to feel properly penitent as she opened the door.

The staccato inside the airless office told her a message was coming in.  Her father's still inexpert hand could not tap out the code so quickly, but he seemed to have no trouble receiving and deciphering the clicks and clacks.  Quietly, so she did not interrupt Wilhelm Hollstrom's concentration, Julie set the tray on his desk and began to lay out the silverware.

The tapping of the telegraph key stopped, and a few seconds later Wilhelm scrawled the last word on his paper.

"How is your mama today?" he asked in heavily accented English.

"She was in the parlor with her embroidery when I left. She said she might feel like taking a walk later this afternoon."

"That is good news.  Perhaps she is beginning to regain her health.  You go home to her and later you can come back for the dishes.  I do not want her alone too long."

He never looked up from his meal, never thanked his daughter or complimented her on the food, but Julie did not expect the courtesies and therefore did not miss them.  She pushed her wire-rimmed spectacles back up on her nose before they could fall off and then she walked out the door.

Relieved of the heavy tray, she strode more quickly down the empty street toward the small clapboard house at the opposite end of the town.  Now she could wipe the sweat away before it blinded her.  And she could see, over the rims of the still sliding spectacles, that someone had joined the two men in front of the general store.  Lucas Carter was an almost permanent fixture and Simon rarely stayed inside unless he had a customer, but Julie did not recognize the third man.

She felt his eyes on her and bitterly supposed he was just another busybody wondering why Wilhelm Hollstrom forced his daughter to
B
no, those were ungrateful thoughts after all her father had done for her.  The heat was making her think them. She straightened her tired shoulders and walked past the store with its three loiterers.

Del Morgan stared, but he didn't really see anything. His bleary green eyes rarely focused unless he forced them to, though when he was able to make out the feminine gender of the figure in the street, he did exert some effort to persuade the eyes to cooperate.