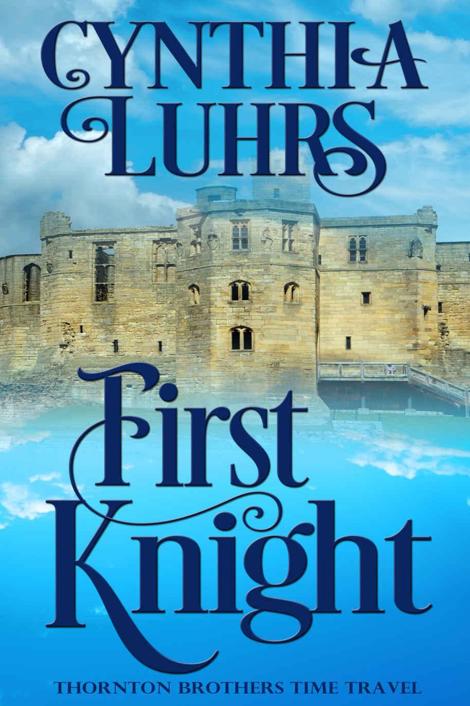 Thanks to my fabulous editor, Arran at Editing720

Jennifer Wilson sat up, leaned forward, and let out a gasp, leaving a ghostly imprint of what looked like a dragon on the clean window.

“Everything all right, miss?” The driver glanced at her in the rearview mirror, waiting until she nodded before turning his attention back to the road.

“It’s… Wow. Have you ever had a serious case of
déjà vu
? When I looked at pictures online, this place looked familiar, but the feeling wasn’t nearly as strong as it is now.” Finger pressed against the glass, she traced the outline of the castle ruins. “Being here, so close…it’s as if I’m come home. Isn’t that silly?”

He pursed his lips. “Not at all. Somerforth Castle has stood guard over these lands since the twelfth century, and was rumored to have been a Roman stronghold for several years. Who knows what kind of energy emanates from an old place such as this? Or perhaps it’s something deeper, given to us from the collective consciousness when we’re born.”

She blinked at him. “A philosopher and a driver?”

The man looked to be in his early fifties, with salt-and-pepper hair and a strong jaw. Warm brown eyes met her gaze.

“I read a lot. Maybe you had an ancestor who worked at the castle or you yourself lived here in another life.”

“It would explain the feeling, that’s for sure.” Jennifer inhaled. “I didn’t see the ocean on the way, but I swear I smell it.”

“Aye. If we kept going you’d catch sight of the North Sea. One of the last earls sold off an immense portion of the lands to cover the taxes owed. Somerforth used to stretch all the way to the coast. There’s an old legend about a great white shark that has lived in the sea for centuries stalking unwary victims.” He chuckled. “Likely the old curmudgeon didn’t want anyone traipsing about on his lands.”

“I’ll make sure to stay out of the water.” The castle was situated on the west coast close to the border of Scotland. They’d passed through Newcastle, where they’d stopped so she could get out and stretch for a few minutes. Otherwise it had been nothing but small villages and lots and lots of green. Her mother would have been miserable. She adored the energy of a city and all the excitement that went along with it. Not to mention more people meant better hunting grounds for her next husband. Marriage. What a crock.

The black sedan rolled to a stop. Before Jennifer could open the door, the driver was there, helping her out.

“Thank you,” she called out as he disappeared around the car. After sitting so long—first the drive to the airport in Baltimore, then the flight, and then another car ride from London all the way to the ends of the country—her backside ached. Cracking noises filled the soft spring air when she stretched to work out the kinks.

The driver placed the bag on the ground. Reaching in her purse to pay, he waved her away. “Already taken care of. Enjoy your summer.”

“You too,” she said, but he was already gone, leaving her standing in a field looking around and wondering where to go. Thanks to her dad for taking care of the plane ticket and car ride and to her mom for supplementing her spending money.

An actual ruined castle. Her fingers twitched, itching to pick up a paintbrush and capture the contrast of the verdant rolling hills against the formidable gray stone fortress. With a little imagination, she could picture Somerforth Castle as it must have been in its glory.

“Oi, you going to stand there with your mouth hanging open all day?” A scruffy-looking guy, wearing faded jeans with holes in both knees and a navy t-shirt proclaiming
You had me at BACON
, stood there grinning at her.

She nodded, but before she could answer, he was off, striding across the insanely green landscape. So much better than the concrete, metal, and glass of Baltimore.

“Thought so. We had another Yank here a while back. She looked like Barbie come to life, but she was wicked good with a knife.”

He went on, talking over her, not bothering to look back and check if she was keeping up or not. “Don’t know what happened to her. Thought we’d hear how she was getting on; guess she’s been busy. You Yanks are always running around with fifty things to do and never enough time to get them all done. Never stop to take a breath. She came here to train.” The guy waved a hand around his head. “I hear you’re here for the dig.” He stopped, and Jennifer was so busy looking at the surroundings that she almost ran into his back.

“More like a long-term student. Or at least I was.” She arched a brow. “What exactly does an archeology student look like?”

He ignored the warning in her voice as he looked her up and down. “You’ve got the bland, low-maintenance look going for you. Kind of like a shy vampire girl with that hair.” He scratched his nose and shrugged, seeming to give up on trying to categorize her. “I’d say you look like a head-in-the-clouds kind of girl, not a dig-in-the-dirt chick.” Then he leaned in close. “Fancy a drink after you’re settled in?”

“Maybe when elephants fly. How about you show me where I’m supposed to be and I’ll take it from there?”

“Yes, ma’am.” He saluted and turned on his heel.

“Don’t mind Charlie. He annoys everyone.” A woman with short, spiky brown hair and a tattoo of a dragon circling her neck and ending at her bicep held out a hand. “I’m Mary. Welcome.”

“Jennifer. Nice to meet you.”

“The professor and his students went into town to pick up supplies and should be back soon. He said you’d be here today. In the meantime, I’ll show you around.”

The guy with the bacon shirt had left without a peep. Jennifer was sure he was harmless, and she hoped everyone else would be friendly, because if it were up to her, she’d hole up in her room and read all night. Too many people and too much interaction exhausted her, sucking the energy out of her, as if she’d run a marathon and then gone dancing all night.

“Great. Are you part of the team?”

“No. I’m with the re-enactment group. None of us are allowed to camp inside the ruins, it isn’t safe, so we’re on the edge of the woods, and the students are a bit further down.”

That explained the medieval-looking clothing. As they walked, an old truck caught Jennifer’s eye. “I don’t think I’ve ever seen so many stickers on one vehicle.”

Mary patted the truck. “It used to be a pumpkin color until Charlie started covering it with pithy sayings. Who knows where he found them all. Now I don’t even notice.”

“I like the one that says
jammy
. Kind of looks like the stickers are holding the truck together.”

Mary laughed, and Jennifer had the feeling she’d made her first friend in England. It was a good feeling to find someone you could talk with. Usually it was difficult for her to make friends. She much preferred to be the one curled up in a chair in the corner, nose in a book.

“You’re probably right about the stickers. I try not to think about it too much, especially when we’re going over bridges.” Mary widened her eyes. “Bridges make me nervous. Always have.”

Jennifer’s guide kept up a stream of chatter as she led her around the encampment. The ruins were situated to take advantage of the landscape, allowing the inhabitants to see who was approaching from any direction . The sky was so blue that she could almost imagine she was underwater, walking around the lakebed looking up at the surface of the water instead of the sky.

In this area of camp the history buffs wore medieval clothing, and many were fighting with swords or shooting arrows at targets set up in a grassy field. The white tents were a stark contrast to the colorful landscape.

There weren’t many women, a few scattered about working on various projects. Their dresses looked to be wool, with cotton shirts or dresses underneath. How on earth did they stay cool all summer?

“Over here is the professor’s camp. Easy to tell the difference, since the tents are all blue.” Mary took her through the ordered rows until they came to a tent set slightly apart and a bit crooked, as if it had been hastily erected before the person ran off to do something more interesting.

“Is that the dig site?” Jennifer looked across the field at the hole in the ground, trying to sneak a peek under the tarp when the breeze lifted up one edge and a scent drifted out. She inhaled. Roses. But there weren’t any she could see.

“Do you smell roses?”

Mary twitched. “Roses grow in the old garden, but we’re too far away to smell them.”

“I’m not much of a swimmer, but some of the guys go for a dip once in a while. It’s a bit of a hike, or a short drive if you take the truck.”

As Jennifer sniffed again, a sound filled the air. Bagpipes. She looked around to locate the source, but didn’t see anyone. Scanned the tents and grounds, but there was one there either. Someone playing music?

“I don’t believe it. The piper plays for you.” Mary’s eyes were huge as she took a step back. “The woman who was here before, he played for her too. Interesting.”

Others had stopped what they were doing, heads tilted to the sky. Some stood, mouths open in surprise, and a few wiped their eyes.