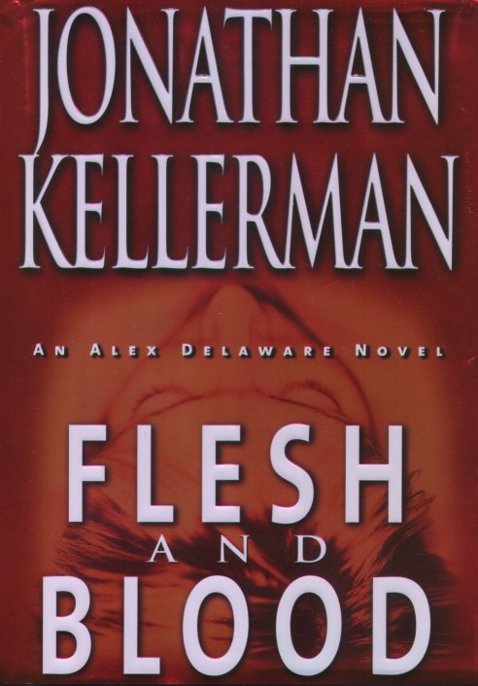 SAD TRUTH : Had she been just a patient, I probably wouldn't have remembered her.

All those years listening, so many faces. There was a time I recalled every one of them. Forgetting comes with experience. It doesn't bother me as much as it used to.

Her mother phoned my service on a Saturday morning soon after New Year's.

"A Mrs. Jane Abbot," said the operator. "She says her daughter's an old patient. Lauren Teague."

Jane Abbot's name meant nothing to me, but Lauren Teague sparked an uneasy nostalgia. It was an 818 number, somewhere in the Valley. When I'd known the family they'd lived in West L.A. I searched my old case files before returning the call.

Teague, Lauren Lee. Intake date, ten years ago, the tail end of my Wilshire Boulevard practice. Shortly after, I cashed in some real estate profits, tried to drop out, met a beautiful woman, became friends with a sad, brilliant detective, learned more than I wanted to know about bad things. Since then I'd avoided the commitment of long-term therapy cases, stuck to court consults and forensic work, the kinds of puzzles that removed me from the confines of my office.

Lauren had been fifteen at referral. Thin file: one history-taking meeting with the parents followed by two sessions with the girl. Then a missed appointment, no explanation. The next day the father left a message canceling any future treatment. Unpaid balance for the final session; I'd made a halfhearted effort to collect, then written it off.

When old patients get in touch it's usually because they're doing great and want to brag, or exactly the opposite. Either way they tend to be people with whom I've connected. Lauren Teague didn't qualify. Far from it. If anything, I was the last person she'd want to see. Why was her mother contacting me now?

As I leafed through the file, Jane and Lyle Teague's faces came into semifocus. She, thin, blond, edgy, a former flight attendant, now a "full-time mom." A heavy smoker—forty-five minutes without tobacco had been torture.

Lauren's father had been slit-eyed, blank-faced, reluctant to engage. His wife had talked fast . . . nervous hands, moist eyes. When she'd looked to him for support, he'd turned away.

They were both thirty-nine, but he looked older. . . . He'd done something in the building trades . . . here it was, elect, contractr. A powerful-looking man, fighting the advent of middle age with long hair, sprayed in place, that fringed his shoulders. Black pelt of beard. Muscles made obvious by a too-tight polo shirt and pressed jeans. Crude but well-balanced features . . . gold chain circling a ruddy neck . . . gold I.D. bracelet—how did I remember that} Put him in buckskins and he could've been a grizzly hunter.

Lyle Teague had sat with his legs spread wide, consulted his watch every few minutes, fondled his beeper as if hoping for intrusion. Unable to maintain eye contact—lapsing into dreamy stares. That had made me wonder about attention deficit, something he might've passed on to Lauren. But when I raised the topic of academic testing, he didn't stir defensively, and his wife said Lauren had been examined two years before by a school psychologist and found to be "normal and extremely bright."

"Bright," he said, putting no praise into the word. "Nothing wrong with her brain that a little discipline won't cure." Accusing glance at his wife.

Her mouth twisted, but she said, "That's what we're here to learn."

I said, "Mr. Teague, do you think anything else is going on, besides Lauren's being spoiled?"

"Nah, basic teenage garbage." Another look at his wife, this time seeking confirmation.

Lyle Teague laughed threateningly. "Then why the hell are we here?"

He tried to tune out, but I stuck with him, finally got him talking about Lauren, how different she was from the "cute little kid" he'd once taken to job sites in his truck. As he reminisced, his face darkened and his speech got choppy, and by the end of the speech he pronounced his daughter "a real hassle. Hope to hell you can do something with her."

Fifteen, but she could've passed for twenty. She wore a white jersey tank top, skimpy, snug blue-denim shorts, and ludicrously high-heeled white sandals. Smooth, tan arms and long, tan legs were showcased by the minimal clothing. Pink-polished toes glinted at the tips of her sandals. The strap of a small black patent leather purse striped a bare shoulder. If she'd been studying the hookers on Sunset for fashion tips, she'd learned well.

When young girls flaunt, the result is often a comic loss of equilibrium. Lauren Teague seemed perfectly at ease advertising her body—like father, like daughter?

She favored her father in coloring, her mother in structure, but bore no striking resemblance to either. The brown hair was burnt umber sparked with rust, thick and straight, hanging halfway down her back, parted dead center and flipped into extravagant wings at the temples. High cheekbones, wide mouth glossed pink, dominant but perfectly proportioned cleft chin, heavily lined, azure-shadowed blue eyes—mocking eyes. A strong, straight, uptilted nose was dashed by freckles she'd tried to obliterate with makeup. Lots of makeup. It stuccoed her from brow to jaw, creating a too-beige mask.

As I introduced myself she breezed past me into the office, taking long, easy strides on the impossible heels. None of the usual teenage slump— she held her back straight, thrust out her chest. A strikingly good-looking girl, made less attractive by cosmetics and blatancy.

Selecting the chair closest to mine, she sat down as if she'd been there a hundred times before. "Cool furniture."

"Like one of those libraries in an old movie." She batted her lashes, crossed and recrossed her legs, threw out her chest again, yawned, stretched, folded her arms across her torso, dropped them to her sides suddenly, a cartoon of vulnerability.

I asked why she thought she was there.

"My parents think I'm a loser."

"What do you think of that?"

Derisive laugh, toss of hair. Her tongue tip skated across her lower lip. "May-be." Shrug. Yawn. "So . . . time to talk about my head problems, huh?"

Jane and Lyle Teague had denied previous therapy, but Lauren's glib-ness made me wonder. I asked her about it.

"Nope, never. The school counselor tried to talk to me a couple of times."

She laughed. "Yeah, right. Okay, ready for my neurosis?"

"We have psych this year. Stupid class. Ready?"

"Sure. I mean—that's the point, right? I'm supposed to spit out all my deep, dark secrets."

"It's not a matter of supposed to—"

"I know, I know," she said. "That's what shrinks always say—no one's gonna force you to do anything."

"You know about shrinks."

"I know enough. Some of my friends have seen 'em. One of them had a shrink give her that shi— That stuff about never forcing her, then the next week he committed her to a mental ward."

"She tried to kill herself."

"That, too," she said. "That's the other shrink thing—just sitting there and staring. Saying 'Ah-ah' and 'Uh-huh.' Answering questions with questions. Right?"

"Very funny," she said. "At what you charge, I'm not coming here forever. And he's probably gonna call to make sure I showed up and did a good job so let's get going."

"Yeah. So give me a good grade, okay? Tell him I was good—I don't need any more hassles."

"I'll tell him you cooperated—"

"Tell him whatever you want."

"But I'm not going to get into details, because—"

"Confidentiality, yeah, yeah. It doesn't matter. Tell them anything."

"No secrets from Mom and Dad?"

"What for?" She played with her hair, gave a world-weary smile. "I've got no cool secrets anyway. Totally boring life. Too bad for you—try not to fall asleep."

"So," I said, "your dad wants you to get this over with quickly."

"Whatever." She picked at her hair.

"What exactly did he tell you to accomplish here, Lauren?"

"Get my act together, be straight—be a good girl." She laughed, arced one leg over the other, placed a hand on a calf and tickled.

"They're paranoid about that, along with everything else. Even though they smoke."

"Dope, tobacco. Little after-dinner taste. Sometimes it's booze— cocktails. 'We're mature enough to control it, Lauren.'" She laughed. "Jane used to be a stewardess, working all these fancy private charters. They've still got this collection of tiny little bottles. I like the green melon stuff—Midori. But I'm not allowed to touch pot till I'm eighteen." She laughed. "Like I'd ever."

"Pot's boring—too slow. Like hey, man, let's pretend we're in the sixties, get all wasted and sit around staring at the sky and talking about God." Another gust of laughter, painfully lacking in joy. "Pot sure makes them boring. It's the only time she slows down. And he just sits and veges on the TV, munches nachos, whatever. I'm not supposed to be talking about their bad habits, I'm the one who needs to change."

"Clean my room" she singsonged. "Do my chores, get ready in the morning without calling my mom a bitch, stop saying 'fuck' and 'shit' and 'cunt.' Go to class and pay attention, build up my grades, stop breaking curfew, hang out with decent friends, not low-life." She rotated one hand, as if spooling thread.

"And I'm supposed to get you to do all that."

"Lyle says no way, you never will."

Her eyes got merry. "That's something else I'm supposed to not do. Call him by his name. He hates it, it drives him crazy."

She played with her hair. "Who knows what I'll do?"

"How does he react when you do things that irritate him?"

"Ignores me. Walks away and gets involved in something else."

"Him? Only thing he does is work, eat, smoke dope, stuff his face, watch TV. He has no faith in me. In you, either." Conspiratorial smile. "He says shrinks are just a bunch of overpaid clowns who can't screw in a light bulb by themselves and I'm gonna just end up conning you like I con everybody. He's only paying for this because Jane's really getting on his nerves with all her nagging."

"Mom has more faith in shrinks?"

"Mom's totally worried," she said. "Mom likes to suffer. They're— Here's a juicy one for you: They only got married 'cause they had to. One day I was looking for a bra in Jane's drawer and I found their wedding license. Two months before my birthday. I was conceived in sin. What do you think of that?"

"Here they are being all moral and . . . whatever." Lifting the tiny black purse, she undid the clasp, peered inside, snapped it shut.

"Mom likes to suffer," I said.

"Yeah, she hates her life. She used to work private charters, fly all around the world with superrich people. She regrets ever coming down to earth." She shifted to the edge of the chair. "How much longer do I have to be here?"

Rather than pick apart the fine points of free choice, I said, "Half an hour."

Opening the purse again, she pulled out a compact, checked her reflection, plucked an eyelash and flicked it away.

"Half an hour," she said. "No way do I have half an hour of problems—want to hear all of them?"

She launched into a long, droning speech about stupid girlfriends getting on her case, stupid ex-boyfriends foolish enough to think they were still in her good graces, stupid teachers who didn't know anything more than the students, stupid parties, a stupid world.

Talking nonstop in the flat tones of a rehearsed witness, looking everywhere but at me.

When she was through I said, "So everyone's getting on your nerves."