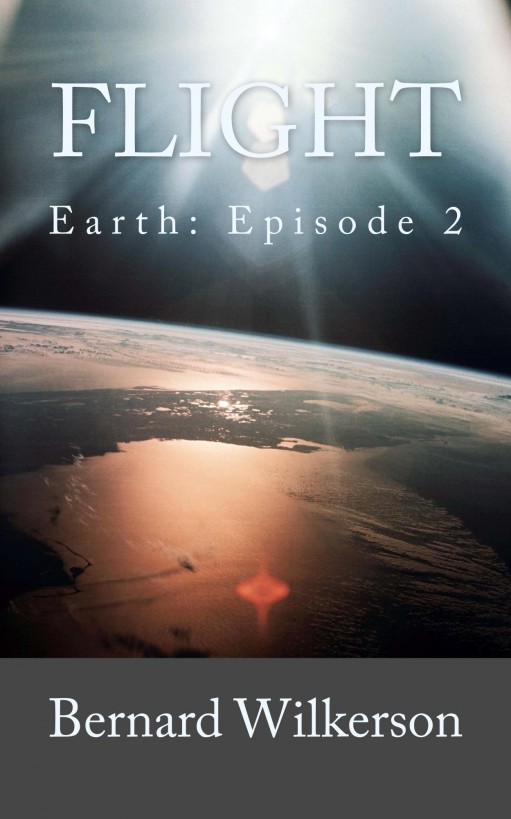 The Worlds of the Dead
series

All rights reserved. No part of
this publication may be reproduced or transmitted in any form or by
any means, electronic, mechanical, including photocopy, recording,
or any information storage and retrieval system, with the exception
of short quotes used in reviews, without permission from the
author.

Requests for permission should be submitted to
[email protected]
.

For information about the author,
go to

This book is a work of fiction.
The names, characters, places, and incidents are products of the
writer’s imagination or have been used fictitiously and are not to
be construed as real. Any resemblance to persons, living or dead,
actual events, locales or organizations is entirely
coincidental.

He squeezed his eyes, then tried
to open them, but he couldn’t. He shook his head a little but
stopped immediately. It hurt too much.

He tried to bring his hands to his
face to help himself open his eyes, but his hands didn’t cooperate.
They hung limply at the ends of his arms, his arms hanging over his
head. It didn’t make sense. His arms were hanging up.

He tried to remember what had
happened and where he was. He remembered being in an Army supply
truck with American soldiers and with Leah, the Swiss girl from his
hiking club. They had driven through Eastern France and into
Switzerland. They learned the aliens hadn’t spared even the neutral
Swiss. He remembered Basel.

Several large craters marred the
once beautiful city, the industrial section of town vaporized by a
meteor that struck it. Smaller meteors had destroyed government
buildings and both rail hubs. The American soldiers speculated that
the aliens wanted to isolate parts of the continent from each other
and the rail hubs in Basel were key connection points.

Along with the railway, parts of
the freeway and a key bridge were destroyed also. The Americans had
driven their truck for hours through side streets to get around the
damage. Wolfgang and Leah watched people sifting through debris,
pushing shopping carts filled with what remained of their goods, or
trying to clean up. The people looked desperate, afraid.

Wolfgang and Leah wanted to help,
but the soldiers pressed on, driven by their need to follow orders,
to get to an evacuation point in southern Italy. Wolfgang’s sadness
grew as he witnessed out the passenger window of the truck the
devastation wrought by the aliens. Rubble lay everywhere and dust
covered everything.

The Swiss border guards who warned
them about the damage in Basel also told them of reports of meteors
falling not just in Switzerland, but all over the Earth. The brief
nuclear exchange had been instigated by humans, according to the
reports which they claimed were half rumor and half fact, but the
meteors had been too precise to be accidental. The aliens had to be
behind them.

But what would defend against
meteors?

South of the city they found the
freeway intact and had been driving on the deserted road since
then. They were just into the Swiss Alps when Wolfgang fell
asleep.

What could it have
been?

Thinking about it, he decided it
had been an explosion.

Then Wolfgang remembered the truck
tipping over. Everything made sense now. The truck had been
attacked, had hit a mine or something, and crashed, flipping over
and landing on its roof. He was upside down, hanging in his seat
belt.

Except not everything made
sense.

Why had they been
attacked?

Wolfgang swung his arms together,
hitting them against each other. He could feel nothing. Something,
his seat belt, must have cut off circulation. He moved his arms
around some more, shaking them. A little feeling started to return,
accompanied by the unpleasant sensation of tiny needles being stuck
into his fingers.

He tried to open his eyes again,
but his eyelids still didn’t work and his head throbbed
worse.

A moan came from somewhere in
front of him and he heard swearing in English. One of the
Americans.

“You alive back there,
Wolfie?”

“I not open my eyes.” It hurt
Wolfgang to speak English. It required too much thought.

“You’re not opening your eyes, or
you can’t open them?”

Wolfgang struggled to understand
the man’s words but latched on to one that made sense.

A pause. Then he heard the man
speak again.

“Your face is covered in blood.
Let me get out of this contraption and I’ll try to come back and
help you.”

He finally recognized the voice as
Captain Wlazlo, the American soldier with a Polish name. He felt
pretty sure the man had been driving.

“What happened?” Wolfgang’s mouth
tasted like blood when he tried to talk. He licked his lips and
felt two large sores.

“Nothing good. Your girlfriend
okay back there?”

The insensitive American knew Leah
wasn’t his girlfriend. Wolfgang had just lost his wife and
daughter. How could anyone ever think of someone replacing
them?

His thoughts made him want to cry.
He certainly didn’t want to listen to the man any longer. He
focused on trying to open his eyes.

He heard a thump and another loud
curse.

There was a moan.

“Wha’ happened?” asked Lieutenant
Colonel Robertson as if saying the words took a monumental effort.
They probably did. Wolfgang’s head still throbbed and he couldn’t
imagine the others being in much better shape.

A roadside bomb? Wolfgang thought.
Not a mine?

But why? Why a roadside bomb? And
why in Switzerland? Those things happened in Arab countries, not in
Europe.

Whether it had been a mine or a
roadside bomb, it still meant the same thing, he decided. He
debated scenarios that would lead to a military vehicle being
attacked by a roadside bomb and concluded it could only mean one
thing.

“Ambush,” he tried to say, but it
came out in a hoarse whisper.

“What?” Wlazlo called
back.

Wolfgang rubbed his tongue on the
roof of his mouth and tried to swallow the saliva. It tasted salty
and made him want to retch. But it lubricated his throat a
little.

“Ambush,” he repeated, stronger
this time.

The captain swore. He had a foul
mouth. Wolfgang didn’t like it.

“We gotta get outta here,
sir.”

There was another thud and more
swearing. The truck rocked a little. It sounded like the colonel
must have gotten free of his seat belt and fallen to the
roof.

Wolfgang felt a hand touch his,
and he heard a female voice.

Wolfgang nodded and it hurt. His
eyes remained glued shut.

“Yes,” he replied, also in German.
“Are you okay?” He used the familiar form of ‘you’ with her, the
first time he had done so. The familiar form is reserved for
family, children, and close friends. And girlfriends. He hadn’t
meant to use it and wondered what she would think. Perhaps it would
mean nothing to her since her native tongue wasn’t German. Despite
their situation, Wolfgang still felt embarrassed at the
slip.

He moved his arms around again,
but they remained mostly numb. Without being able to see or feel,
he didn’t know how to unlatch the seat belt. It was actually a
harness, not a standard belt, and crossed over both shoulders with
a quick release buckle that sat on his chest. The harness had
probably saved his life.

He heard a light thump next to
him. Leah had gotten out of her belt more gracefully than the two
soldiers. He wondered what happened to the third soldier, although
he guessed from the conversation that the man was dead.

“You two need to get out of
there,” an American voice urged.

Wolfgang heard movement, jostling,
and more swearing. He wished he could see. Then he felt water on
his face.

“You’re hurt,” Leah said gently.
She used the formal form of ‘you’.

Wolfgang felt rubbing on his face,
around his eyes. He tried to open them again and finally succeeded.
He could see a little.

Leah rubbed his face with the
bottom of her t-shirt, stretching it out from her waist.

He nodded. It hurt
again.

“Wounds in the head. Much blood,”
she said. She pointed to the seat belt. “I will open it. We have to
get out.”

Wolfgang agreed. An ambush was
coming and his arms were still worthless. He felt
helpless.

Leah maneuvered under him, putting
her shoulder against his shoulder, her face next to his. Despite
the blood, he smelled her perfume. She straightened, pushing him up
and relieving the pressure on the belt buckle on his
chest.

“Hold on,” she grunted, then
released the buckle. Wolfgang fell on her and the pair collapsed
onto the roof of the truck.

“You two done making out in
there?” Wlazlo called from somewhere outside. Wolfgang didn’t know
what the man meant. He often used words that Wolfgang had never
learned in school, so he ignored him.

He tried to crawl off Leah and she
squirmed out from beneath him, speaking softly and reassuringly to
him. He kept crawling, aiming for daylight, for the empty window
frame outlined with shattered glass and the only obvious exit out
of the truck.

His numb arms cooperated poorly
and he struggled, finally pitching forward and falling on his face.
Someone reached in and pulled him out.

Her Tiger Billionaire by Lizzie Lynn Lee
A Dark-Adapted Eye by Crews, Heather
One Step Too Far by Tina Seskis
Love Above All by Speer, Flora
The Crowfield Curse by Pat Walsh
My One and Only: Book 1 in the Love and Weddings Trilogy by Shannon Guymon
Eternal Spring A Young Adult Short Story Collection by Various
Taken, Not Spurred (Lone Star Burn) by Cardello, Ruth
On the Run by John D. MacDonald
Their Ex's Redrock Midnight (Texas Alpha) by Anders, Shirl
Our partner