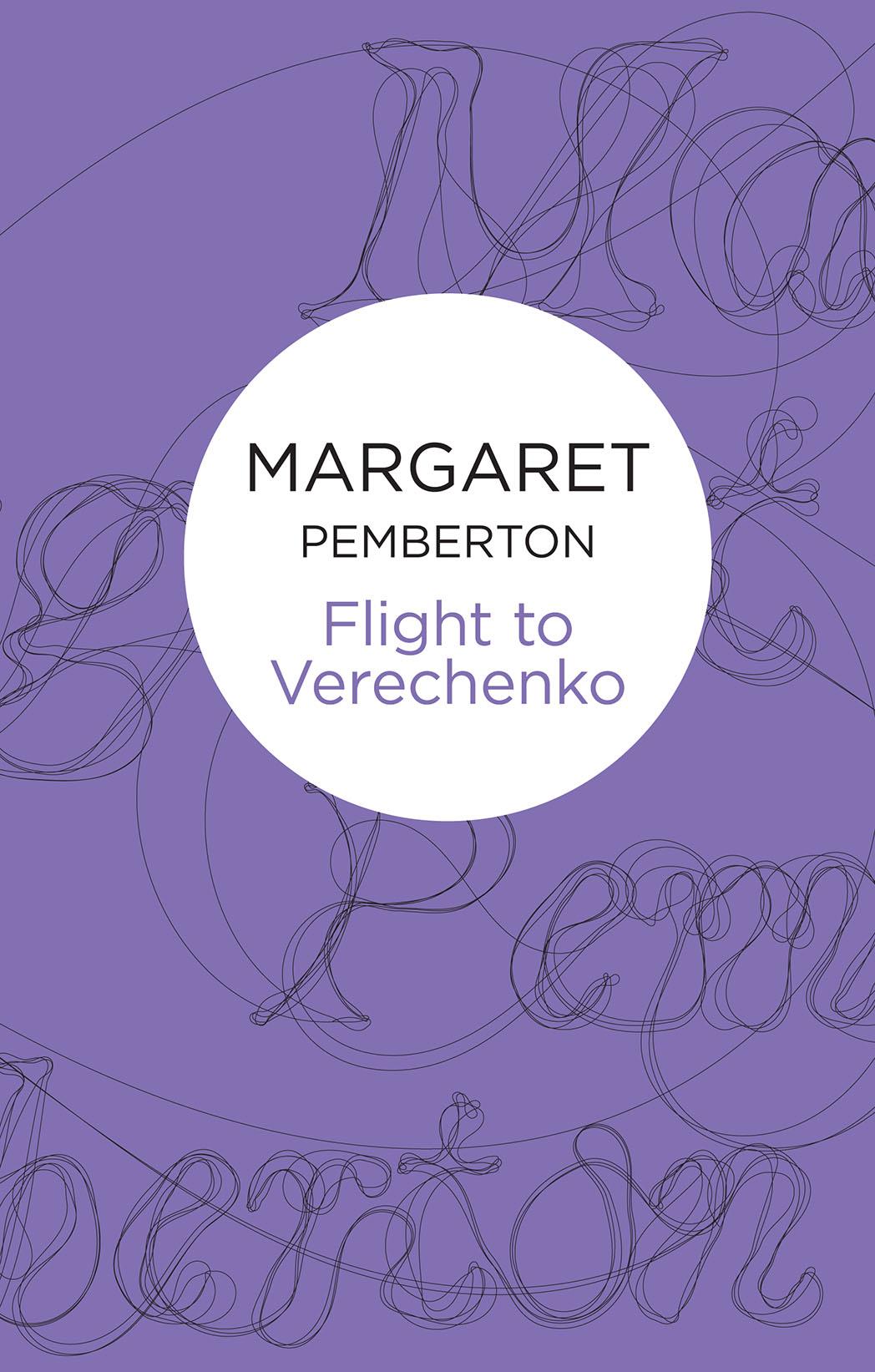 Margaret Pemberton is the bestselling author of over thirty novels in many different genres, some of which are contemporary in setting and some historical.

She has served as Chairman of the Romantic Novelists' Association and has three times served as a committee member of the Crime Writers' Association. Born in Bradford, she is married to a Londoner, has five children and two dogs and lives in Whitstable, Kent. Apart from writing, her passions are tango, travel, English history and the English countryside.

To my eldest daughter,
Amanda Elizabeth,
with love.

The two girls strolled through the immaculately kept gardens of Lord and Lady Davencourt's town house. It was early February and though a few snowdrops braved the crisp, cold air, the carefully tended lawns were silvered with frost. The girls dug their hands deep into the warmth of their fur muffs, their ankle-length coats skimming the damp grass as they headed towards the terrace and the impatiently waiting figure of a child.

Caroline Oversley sighed. At nineteen she had little patience with her younger sister. âPlease go inside, Becky. You'll catch a chill out here.'

With bad grace, Rebecca flounced from the terrace.

Caroline watched until she had disappeared through the French windows and into the warmth of the drawing-room before saying, âWretched child. Everything I say she repeats to Mama.'

Catherine Davencourt was sympathetic. Mrs Oversley had a lot in common with Lady Davencourt. Both were domineering and intolerant and petty tyrants where their children were concerned. She felt a wave of relief at the thought that soon she would no longer be answerable to her step-mother for her every action. In three weeks' time she would be Robert's wife. A warm glow suffused her slender body. Robert, Marquis of Clare: the dearest, kindest person she had ever met. She loved him with all her heart.

âMiss Cartwright leaves for Russia in two weeks,' Caroline said as they reached the foot of the terrace steps. â Mama thinks she is too lenient and that Becky needs a stricter governess.'

Caroline withdrew a gloved hand from her muff and traced a pattern in the light scattering of snow that lay on an ornamental stone jardiniÃ¨re.

âThat makes no difference to Mama. She regards Miss Cartwright as too young and has engaged a veritable ogre to keep poor Becky in check. Thank goodness I am at least free from governesses.' She sighed. âPoor Miss Cartwright. I'm sure she hasn't the slightest desire to go to Russia, but when Mama heard that Countess Vishnetskaya was looking for an English governess, she immediately suggested her.'

âBut Miss Cartwright is so quiet: positively shy. I can't imagine that she would dare go all the way by herself,' Catherine protested.

âShe hasn't much choice,' Caroline said practically. âThe salary Countess Vishnetskaya is paying her is far higher than any she could hope to earn in England.'

Catherine was intrigued. âRussia,' she repeated wonderingly. âI've never even
met
anyone who has been there. Aren't there bears and wolves, and forests that stretch for thousands of miles?'

âI've no idea,' Caroline replied, brushing the snow from the tips of her gloves, and changing the subject to one of more interest. âWill Dominic be attending the wedding?'

An unhappy frown puckered Catherine's brow. âNo. The Duke will not allow it.'

âHis own son? But that's ridiculous. Does he mean never to see him again?'

Catherine nodded. âRobert has tried to make him change his mind, but he says Dominic disgraced the family and he won't hear of him returning.'

âWhat nonsense,' Caroline said spiritedly. âIt would take more than an outraged husband to disgrace the Harlands. Dominic was only twenty, after all. It was a case of wild oats and nothing more.

Someone ought to tell your future father-in-law that it's 1914, and not the middle ages.'

âThe outraged husband did try to kill Dominic,' Catherine said, glancing over her shoulder to make sure there was no one within earshot. â It wasn't just a case of harsh words.'

âThe man was an exhibitionist. Fancy choosing Ascot to make a display of himself like that. I always thought Dominic behaved with great courage in disarming him. It can't be much joy facing a lunatic with a gun, especially so near the Royal Box â¦' She giggled. âI wish I'd been there. It must have been enormous fun.'

âNot if the gun had gone off,' Catherine said chidingly to her empty-headed friend.

âNot then,' Caroline conceded. âBut as it didn't, I really can't see why he had to leave the country. Has Robert asked that Dominic be allowed to return?'

âYes, but it's no use. His father is quite adamant. He says that from now on he has only one son.' She paused. The Duke had forbidden Dominic's name to be mentioned, and consequently she knew very little of the man she would soon be related to by marriage. âHave you ever met Dominic, Caroline?' she asked curiously.

âNo. I was only fourteen when it happened and he's lived on the Continent ever since. I believe he's in Paris now. I've often wondered what he's like. Mama says that he is a dissolute womaniser and that I'm not to mention his name.'

âDominic Harland was the handsomest man in London,' Caroline said, her violet-blue eyes taking on a dreamy expression. âHe was so tall and dark. Not a bit like his father or Robert. His manners were perfect, yet underneath you felt that he didn't care about anyone or anything. That if he had wanted you he would have â¦' She gave a delicious shiver.

âWould have what?' Catherine asked innocently.

The glazed look faded from Caroline's eyes and she laughed, patting her friend affectionately on the cheek. âWhen you say things like that, my pet, then I really
do
know I'm two years older than you.' She shivered again, despite the fur shoulder cape that surmounted her coat. âSo, there will be no Dominic at the wedding?'

âNobody could content themselves with Bertie,' Caroline said feelingly. âHe hasn't a chin.' She sighed. Without Dominic the wedding was going to be tediously dull. The Duchess was sweet but pious; the Duke was a pompous bore. As for Catherine's parents â¦ Caroline suppressed a shudder. It was her opinion that Catherine would have found herself marrying Robert whether she had wanted to or not. It was no secret that death duties had financially crippled Lord Davencourt and Robert was heir to one of the richest dukedoms in England. The bride's mother would certainly shed no tears on the great day. She began to walk across the terrace towards the French windows.

âI must be going, Catherine. The Clarendons are coming for lunch.'

They stepped into the warmth of the drawing-room and immediately Rebecca leapt to her feet. âAt last! You've been simply
ages
, Caro. I thought you were never coming.'

Behind Rebecca a slim, dark-haired girl rose to her feet.

âCaroline tells me you are going to Russia in a few week's time,' Catherine said as Eleanor Cartwright acknowledged her presence.

âI quite envy you. Think of all the exciting things you'll see. Cossacks, and gypsies, and horse-drawn sleighs.'

Eleanor Cartwright forced a smile. She had no desire to see any of the things Catherine had mentioned. Hers was not an adventurous spirit.

âI'm sure I shall find it all most interesting, your ladyship,' she said politely.

A maid relieved her of her coat, removed her boots and slid soft kid shoes on to her chilled feet.

Catherine sat reflectively by the fire, her mind once more on Robert. They were going to be happy together: joyously, deliriously happy. A soft smile curved her lips as she contemplated the idyllic future that stretched before her. It vanished abruptly as her stepmother entered the room, saying tartly,

âI hope when you become Duchess that you will do something about the heating at Geddings. I nearly froze at dinner last night.'

âNonsense. The Duke is ill. Everyone knows it's only a matter of time. I shall be surprised if he survives the wedding,' her step-mother said callously.

âYou sound as if you want him to die.'

âOf course I don't,' Lady Davencourt lied. âBut one must face facts. Geddings is in need of a woman's touch. Robert's mother is far too wrapped up in her charities to be aware of her surroundings. And it isn't only Geddings. There's the Irish estate. I shudder to think what the furnishings are like there. The London house is passable, but that's only because Robert spends so much time in it. And the villa in Italy will need a complete overhaul.'

The Falls by Ian Rankin
The Books of Elsewhere, Vol. 1: The Shadows by West, Jacqueline
Ghostbusters The Return by Sholly Fisch
Walking Dead by Greg Rucka
Catching the Big Fish by David Lynch
From Here to There by Rain Trueax
Liar by Justine Larbalestier
Experimenting With Ed by Katie Allen
Murder Is Secondary by Diane Weiner
Marauder Ramses by Aya Morningstar
Our partner