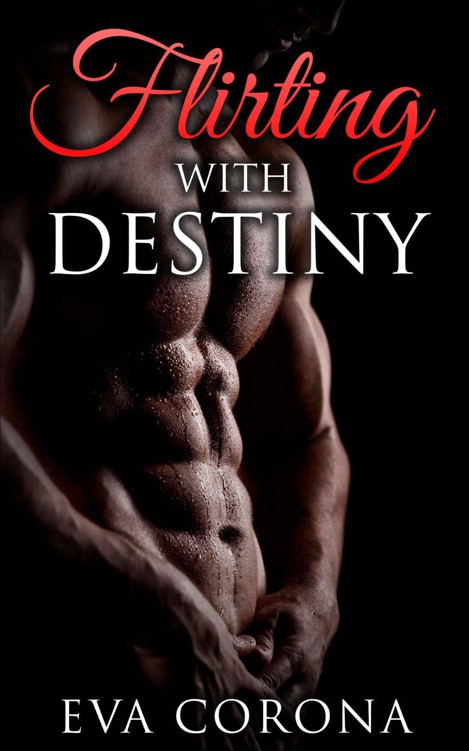 No part of this publication may be copied, reproduced in any format, by any means, electronic or otherwise, without prior consent from the copyright owner and publisher of this book.

The author does not claim responsibility for the originality of ideas nor for irresponsible practice.

The town was under attack from bandits and the villagers had been threatened with the burning of their crops.

Three horsemen from the village rode to Bock Rock, Luxembourg castle, to beg for help from the King, His Highness Benoit, and her Royal Highness, Queen Elisabeth.  The horsemen were nervous, for it was notorious throughout the land that the King did not look kindly upon uninvited visitors.  Yet it was a desperate situation.  If the bandits were not stopped, then the villagers would be left without food, and they would starve.

Peter, the leading horseman, as they approached the palace, rode defiantly up to the Palace guards.

“We are here to see the King.”

He demanded of them.

“We have received no instruction to let anybody in.” was the solemn reply.

“I beg of you.  An audience with his Majesty is imperative.  The village is under attack.  We must speak with him now.”

One of the palace guards, with one look at Peter, and seeing the importance of the situation, said he would go and see what he could do.

Peter and his horsemen waited impatiently outside.  After an hour, the palace guard returned.

“Permission has been granted.  Yet only to one of you.”

“I will go.” He turned to his horsemen.

The horsemen nodded, relieved that Peter was being granted an audience.

As Peter walked across the palace grounds, he marveled at their majestic beauty, the perfectly arranged flower gardens, and the ornate waterfalls.

He entered into a grand hallway, with chandeliers, and beautiful smelling lily flowers arranged in large china vases throughout the room.

The King Benoit and his Queen Elisabeth sat in their thrones at the back of the hallway.  Their two sons, Marco and Ines stood beside them.  Peter could not help but look at the two boys with interest, for it was known throughout the Kingdom of the rivalry that existed between the two brothers, Marco, the eldest wild and untamed, and his younger brother Ines, the perfect Prince.  Although the Palace went to great lengths to keep the inner affairs of the palace a secret from the public, gossip traveled far and wide.  Without forgetting his task, Peter defiantly walked toward the King and Queen.

Peter bowed on his knees before them.

“I beseech your pardon for my sudden visit.  Yet we need your help.  The village is under attack from bandits, and if they are not stopped the crops will be burnt and the villagers will starve.  I beg of you your Majesty, please help us.”

There was a long pause.  Silence filled the room.

“Yes, yes, this does indeed seem a distressing situation.”  He turned to the Queen.

“Would you not agree my darling?”

“Indeed.  We cannot leave the villagers to starve.”

“No no, absolutely not.”

The King turned to Peter.

“We will help.  I will leave this in the hands of the capable Prince Ines.  You can expect an army of men by sundown. Be sure to meet them by the bridge. That is all. You may go.”

“Thank you your Majesty.  I leave you with my heartfelt gratitude on behalf of the villagers.”

Peter turned to leave.  Just as he was exiting the hall doorways he heard the King’s voice.

Peter returned to his horsemen, now waiting in the palace courtyard.

He could not keep the smile from his face.

“Quick, we must return to the village immediately.  The King has agreed to help.  He is sending an army of men before sundown.”

“Yes Peter!  Well done!”  His horsemen slapped him on the back, and together they rode back to the village.

“Well, what a play of events. I wonder who these bandits are and why they are attacking the village.” Queen Elisabeth turned to her two sons and husband.

“Well, whatever their intention they must be stopped.”

“Ines, do you feel you can handle this?”

“Of course father, I will not let you or the villagers down.”

“Marco, I presume as usual, you have no interest?”

“If that is your opinion of me father, there is little I can do.”

“Right, there it is then.  The matter is settled.  Ines, I leave it in your hands.”

Ines bowed before his mother and father, and quickly left to the drawing room, to gather the troops and prepare for the oncoming battle.

A little while later, as Ines was drawing out the battle plans, Marco entered the room.

“I won’t let you down father.  Not you or the troops.” Marco mimicked Ines in a high-pitched voice.

Ines did his best to ignore him.  Marco made a sucking sound.

“That is what you sound like, sucking Mummy and Daddy’s bottom all the time.”

“Listen Marco, if you have no interest in helping to solve these genuine concerns and issues facing the country that is not my problem.  Now please leave me, I do not have time for this now.  There is a battle about to commence.  I would gladly appreciate your support, but if all you are going to do is be mean to me then please leave.”

“I’m gone brother.  I’ll be having a great time having a party while you engage in your battle with a bunch of losers.  If ever you feel like having a bit of fun instead of being so serious all the time, do let me know.” Marco stormed out of the room as Ines shook his head.

Ines tried not to let his brother hurt him.  He set about focusing on the battle.  In truth Ines was an exceptionally kind and compassionate person.  He cared about people and animals immensely.   He was always protecting and rescuing birds, he was careful never to kill any creature, and he hated the idea of any living thing ever being hurt.

It was his heart that drove him in to battle that evening, not, as Marco suggested, his desire to please Mummy or Daddy, or steal Marco’s future throne from him.  For that was the real issue at stake.  The family and the people believed that Ines would make a better King, yet Marco, being the eldest, was next in line to the throne.

The truth of the matter was that Ines did not hunger for power the way Marco did, however he did care about people.

Ines was lonely, he did not spend much time with others, yet he would busy himself learning, reading or drawing.  He tried as best he could to live his life well.

Prince Marco lay on the red velvet colored sofa in his palace quarters, being fed grapes by his favorite courtesan, Annabelle.  Around him troubadours played their instruments, and women lay half naked, dancing, reading poetry and massaging Marco, as he smiled and titillated them.  Red wine and whisky flowed freely.  For Marco, life was just one long party, and he could not understand why anyone would choose to live any differently.  Marco was a dashing prince, with dark dancing eyes, chiseled features and a strong physique.  His younger brother Ines too was incredibly good looking, yet with more delicate angelic features, however the two boys could not have been more different.

“Oh Annabelle!  It exasperates me so!  You should have heard him.”

He made the sucking sound.

He imitated his younger brother.  “It is like he has no soul, no personality of his own.  He only exists to do what Mummy and Daddy tell him.  He never puts a foot wrong.  It drives me crazy!  Making me look like the wild card all the time.”

“You are a wild card.” Annabelle, with her hair softly flowing over her large breasts said provocatively.

Marco looked at her flirtatiously with a cheeky smile.

“True.  But that doesn’t mean he has to be so goody two shoes, all the time, and I mean all the time.  If only there was some way I could get him to trip up, do something, anything.  That throne is rightfully mine, and I can tell you I know that they are plotting to take it away from me, and that is not fair.  I have to show them that Ines is just as capable of making mistakes as anybody else.”

“Why don’t we get him to fall in love?” she said, seriously.

“You must be joking.  That boy doesn’t have a male bone in his body.  What do you mean anyway.  With who?”

Annabelle smiled at the Prince seductively.

“Come on you!” exclaimed the Prince.

“I can see the workings of that devious mind and I want to know what is going on in there!  As your Majesty the Prince, I command you to tell me!” Marco said playfully.

He laid his head in her lap, ready to be seduced by one of her cunning ideas.

“You see Marco, we have a girl working at the brothel.  She is new, and very innocent.  I haven’t mentioned her to you, because I know your powers of corruption.  Anyway, believe it or not, though she is a prostitute, she is still a virgin.”

“A virgin!!!” exclaimed Marco, jumping up, intrigued and excited.

“Calm down Marco, do try not to be such a typical man.  Yes, a virgin.”

“But how can she work as a prostitute and remain a virgin?  It makes no sense!  None whatsoever!”

“Well, she performs, you know, different acts for our clients, massage, pampering, hand-jobs, blow-jobs, that kind of thing.  She actually does very well.  Clients seem to find it…intriguing.”

“It certainly is intriguing.” Marco replied as he played with a locket of Annabelle’s hair and looked deep into her eyes.

“The poor girl has delusions of finding true love, and she is saving herself for marriage.  I mean, who she thinks is going to marry her is beyond me.  She has no family, no wealth of her own. IF it were not for us at the brothel providing accommodation for her she would be in the streets.  Though she lives in a dream world.  She is convinced she will find her prince charming and marry.  It is sad really, but also quite funny.   Poor Beatrice”

“So, this Beatrice, is she really as beautiful as you say?  Maybe I should try her.  See if I can take the chaste maiden.”

A twinge of jealousy flickered across Annabelle’s face, though she did not let Marco see.

“Really Marco, I thought for once you may have been serious about hatching a plan.  I give up.”

“No! No, wait.  I am serious.  I despise my little brother and cannot wait to see him fall.  My darling Annabelle, I think you may even be on to something.  Oh how I love you.”

Annabelle smiled as he settled back into her lap.  She seductively popped another grape into his mouth.

“There is a good boy.” She whispered provocatively.

Miles away Ines was on the battlefield, struggling with the bandits.  They were a vicious and violent bunch, and the villagers were terrified.  Ines was strong brave and heroic, and a capable warrior.

The shy reserved boy took on a totally different persona when on the battlefield, and the villagers looked on with admiration at their wonderful Prince Ines.

Come On Over by Debbi Rawlins
A Secret Schemer by Charley Dee
Love Prevails: A Zombie Nightmare by Dane Hatchell
Season of the Witch : How the Occult Saved Rock and Roll (9780698143722) by Bebergal, Peter
For the Love of Pete by Sherryl Woods
Blowing Up Russia by Alexander Litvinenko
Miss Polly had a Dolly (Emma Frost #2) by Rose, Willow
A Stormy Spanish Summer by Penny Jordan
The Virgin Mistress by Linda Turner
5.5 - Under the Ice Blades by Lindsay Buroker
Our partner