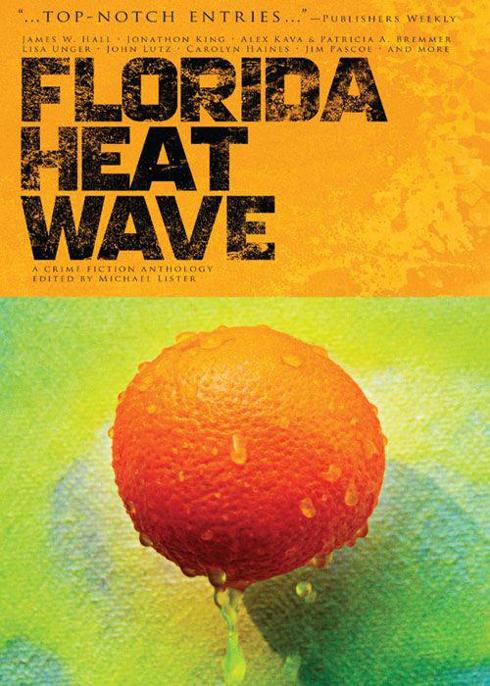 No part of this publication may be reproduced or transmitted
in any form or by any means, electronic or mechanical,
including photocopy, recording, or any information storage or retrieval system,
without permission in writing from the publisher.

This is a work of fiction.
Any similarities to people or places,
living or dead, is purely coincidental.

Library of Congress Cataloging-In-Publication Data has been applied for.

Without whom this book—

and so many wonderful things in the world—

M
ANY, MANY THANKS TO

B
EN AND
A
LISON
for all you do
to bring beautiful books into the world.

A
LL THE WONDERFUL CONTRIBUTORS.

T
HE UNIVERSE
for making me a Floridian.

F
LORIDA
for being so incredibly whacky and so surreally sublime.

A
LL THOSE WHO CAME BEFORE.

Burn Off by Noon,
TOM CORCORAN

A place of water—surrounded by, dotted with, flowing through.

A place of crackers and snowbirds, shotgun houses and Art Deco—an environment of great risk and great reward.

It’s both my natural and spiritual home, and I love it like only a native can, but there’s a dark side to the sunshine state.

It’s a place of intense heat—like hell, only hotter.

The suffocating heat makes you do desperate things—it seeps in through your pores and sucks the life right out of you. Like the bloody smear of a swatted mosquito on sweat-soaked skin, violence erupts suddenly, but the damage it does lingers long after.

According to the biblical book of Ecclesiastes, evil happens everywhere under the sun. This is nowhere truer than the sunshine state. From the rural highways of the panhandle to the mean streets of Miami, evil deeds are done everywhere—and everything here takes place under the sun. But don’t let the sunshine fool you. There’s plenty of darkness lurking in the shade of our spreading oaks and swaying palms, down our dirt roads and on our interstates, inside our mobile homes and behind our fortressed mansions, beach condos, and retirement centers, and back in our mangroves and river swamps—a real bleakness beneath the natural beauty.

Florida is a beautiful place where ugly things happen—both to its environment and inhabitants.

Florida is a place where people come to die.

It hangs beneath the continent like a handgun holstered for quick draw—more a state of mind than one drawn on maps.

If Florida is a handgun pointed at Cuba, then the part I write about is its trigger, a reactionary place where just the right squeeze can be explosive. The peninsula proper is the barrel, a pawnshop special blued finished bearing traces of rust and corrosion beneath the oily polish of theme parks and retirement villages. The weapon ends where the state, the continent, and the world does, in Miami—a town perched precariously, like Florida itself, between worlds, between countries, between what was and what will be, old Florida all but vanished, new Florida emerging.

Florida’s geographical diversity is only matched by its diverse populace. And those who write about it—as this anthology will so convincingly demonstrate. This diversity lends itself to a rich, varied crime fiction tradition. From the pine-tree lined rural highways of North Florida through the tourist traps of Central Florida to the tropical, international environs of SOBE, Florida crime writers continually offer up stories of sun-faded noir, orange pulp served freshly squeezed.

Those of us living in and writing about the hottest, wackiest, kitschiest state today follow in the footsteps of Charles Willeford and John D. MacDonald. We are their heirs, the recipients of a rich heritage of good writing, a responsibility to keep the sacred fire from going out, to honor them and the state we all find so endlessly interesting.

I’m very proud of this collection, and it gives me great pleasure to present it to you. I’m extremely grateful to all the contributors for their fantastic Florida stories, and to everyone at Tyrus Books, especially Ben LeRoy and Alison Janssen for their usual stellar work.

So, here it is—
Florida Heat Wave,
a sun-drenched, sweat-soaked collection of crime stories set in the peninsula pistol state by Florida’s foremost crime writers. Pour yourself a big glass of 100% pure Florida orange juice (and a couple of ounces of vodka) and enjoy!

In my own defense,
I’ll say that the job sounded good when I took it. Who wouldn’t jump at the chance to get paid to spend a month in Florida doing wardrobe and makeup for the most voluptuous starlet on the silver screen, Carlotta Verona? Particularly when the wardrobe in question consists entirely of skimpy bathing suits and torn blouses … thin, wet, torn blouses.

It was hardly a year after Hiroshima. In those days, my nightmares still inhabited the sweltering damp hellholes of the South Pacific, and those nightmares were heavily punctuated with gunfire and haunted by death. I was picturing a few healing weeks on a broad sandy beach, surrounded by bathing beauties. (Did I mention that I was to be paid for this?)

Benny Schulz neglected to mention that I’d be working in a sweltering damp swamp that looked a helluva lot like the South Pacific, if I crossed my eyes and squinted. Benny Schulz was your typical lying, cheating, stealing Hollywood assistant producer, but he was my friend. How could he have known that he was sending me to yet another steamy jungle where the nights were haunted by death?

Benny hired me for this gig because I could build a face for any monster a movie mogul could imagine. Warts, scars, scales, open oozing wounds—Benny called me whenever a director needed a glamorous movie star to be ugly. I enjoyed doing warts and scales. Scars and open oozing wounds? Not so much. They put me too much in mind of the things I saw on Guadalcanal.

So imagine how I felt when I arrived in that godforsaken swamp and saw that this movie monster didn’t need my magic at all. I was so upset that I bullied the director into letting me make a long-distance call, just so I could yell at Benny.

“Dammit, they’re making a movie about a rubber fish! Or lizard or turtle or … shit, Benny. I don’t know what it is. It’s just an ugly-looking monster with a zipper up its back. The director’s gonna put an actor in this rubber suit and throw him in the water, and that’s that. Instant monster.”

“So what’s the problem?”

“Benny. It’s an allover suit … not a square inch of actor showing. Know what that means?”

“It means we can put somebody cheap in there, ‘cause nobody ain’t gonna see who it is?”

Cheap was good in Benny’s world.

“‘Zat mean you get to touch her with your bare hands? ‘Cause maybe you can tell her she needs a beauty mark on her chest.” Benny’s constant lecherous leer had seeped into his voice and was oozing out of the receiver. I had a sudden urge to go wash my ear.

Benny’s snort communicated the pain of an assistant producer watching dollars fly out the door. “Too late now. I already paid to get you over there. I could bring you home and fly somebody cheap to Florida, but it’d cost more than I’d save.” This had to be true, because Benny didn’t make errors when dollar signs were involved. When Benny thought about money, you could hear the percussive thunk of an adding machine lever being pulled. “You’re just gonna have to stay there and find excuses to rub your hands on Carlotta. And her stunt double, who may actually have bigger tits, if such a thing is possible.”

Dirt by Stuart Woods
Walking with Abel by Anna Badkhen
Where I Belong (Alabama Summer) by Daniels, J.
Reawakened (The Reawakened Series) by Colleen Houck
The Stone Carvers by Jane Urquhart
Lover's Bite by Maggie Shayne
The Simple Dollar by Trent Hamm
Beyond the Blue Event Horizon by Frederik Pohl
True Compass by Edward M. Kennedy
Less Than Human by Maxine McArthur
Our partner