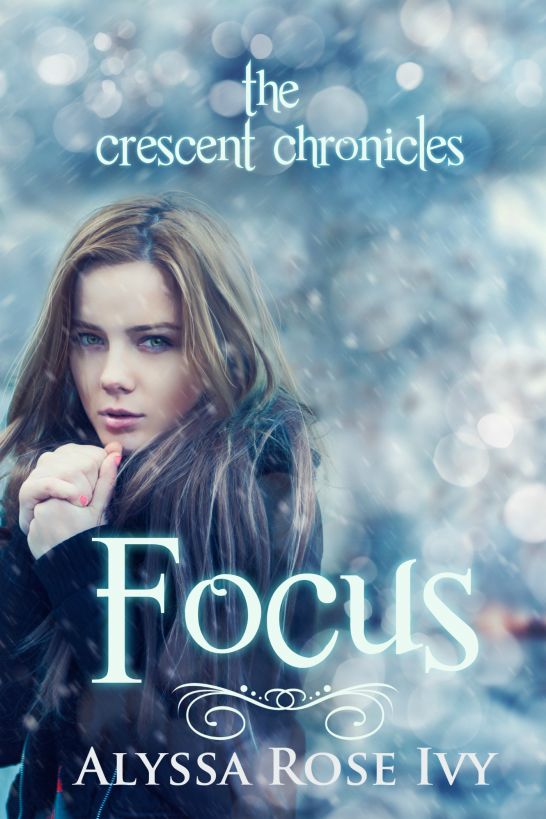 This ebook is licensed for your
personal enjoyment only. This ebook may not be re-sold or given
away to other people. If you would like to share this book with
another person, please purchase an additional copy for each
recipient. If you’re reading this book and did not purchase it, or
it was not purchased for your use only, then please return it to
Smashwords.com and purchase your own copy. Thanks you for
respecting the hard work of this author

As always, this book would never have
been possible without the amazing support of my family. Grant, I
appreciate your support and encouragement more than you will ever
know. Thanks to Jennifer Snyder for being there every step of the
way. Thanks to Kris Kendall for a wonderful editing experience and
Kristina Scheid for a great proofread. Thanks to Tiffany, Heather,
and Ana for the brilliant costume suggestions. Thanks to all of my
Tulane friends for making college so amazing that it inspired this
story. Thank you to all of the bloggers who have helped spread the
word about my books. And of course, a huge thank you to my readers
for letting me share my stories with you!

“
All right, I think that’s
everything.” I flopped down on my new bed, sweaty and exhausted yet
unbelievably excited.

“
It’s official… we’re in
college.” Hailey mirrored me, sitting up on an elbow across the
room. “Umm, you boys can go now.” She made a shooing motion at the
three large guys leaning against the wall under the air
conditioning vent.

“
Just like that, you’re
kicking us out?” Jared complained.

Hailey sat up, sitting with her legs
crossed. “Oh wait, I forgot. Ground rules. Under no circumstances
can you flirt, hook up with, or otherwise interact with any of the
girls on this floor. Is that understood?”

Owen and Levi both laughed, the rules
weren’t for them.

“
You can’t tell me what
girls I can hook up with.” Jared ran a hand through his black
hair.

“
Yes she can. You are not
making things weird for us.” I crossed my arms over my chest,
trying to make myself look more intimidating.

“
And how are you going to
enforce it?” Jared challenged.

“
Do you even want to go
there? Do you want us to tell every freshman girl you have an STD,
or just our floor?” I threatened. “Don’t test us.”

“
Okay, okay.” He held up
his hands in mock defeat. Knowing Jared, he was already trying to
find a loophole. He wasn’t one to step away from a
challenge.

“
Hey, Al, can I talk to you
for a second?” Levi used his nickname for me instead of calling me
Allie like everyone else.

“
Uh, sure.” I looked at
him, waiting for him to continue.

Hailey glanced at me to gauge my
reaction. I nodded. Levi was nothing if not persistent, so it was
probably better to get the conversation over with.

“
All right guys, time to
help me buy my books.” Hailey walked toward the door with Owen and
Jared on her tail.

“
You’re lucky you are my
sister or you’d be dead right now.” Owen touched the molding above
the door on his way out.

“
What’s your excuse,
Jared?” I called after him.

He grunted, and Hailey laughed. She
loved her new power over the guys now that they were willing to do
anything to keep me happy. They left the room. Jared slammed the
door behind him.

It was the first time Levi and I had
been alone in a room together since the night that changed my life
forever—or really the morning after.

I sat up on my bed and Levi took it as
an invitation to sit next to me. I could tell he was itching to
touch me, but he knew better.

“
So I was thinking we might
get dinner tonight. Maybe Jacques-Imos?” His brown hair had grown
out a little longer than when I first met him. I was tempted to
tell him to get a haircut, but he’d probably enjoy that too
much.

“
Why would I go to dinner
with you?” I smoothed out the light blue comforter.

“
Why wouldn’t you? I’m
really glad you agreed to let me help you move in. I’ve missed you
so much.”

“
Why would the fact that I
was interested in using you for your physical labor, equate with us
going out?”

“
Come on! I just spent the
better part of the day lugging boxes of your stuff up three flights
of stairs.” He crossed his arms, which only accentuated the muscles
underneath his shirt. Carrying boxes couldn’t have been too hard
for him.

“
And I appreciate that, but
it still doesn’t change anything.” I knew how cold I sounded, but
he deserved it.

“
Please, Al. You can’t stay
mad forever. It’s just dinner. Or if you don’t want to do dinner,
let’s go out later tonight.” His gray-blue eyes pleaded with me,
but I looked away before I could even be tempted.

“
I can’t do this. You’re
supposed to be giving me space.”

“
Space? I never agreed to
that. What do you expect me to do? I’m dying here.” He put his head
in his hands. It was still weird to see Levi look so
defeated.

“
Why? Because you can’t
handle going a few weeks without getting some?” Out of habit, I
tugged at the ring that was at the center of all of my
problems.

“
I waited a lot more than a
few weeks for you the first time around.” By the expression on his
face, he probably regretted the words instantly. “This isn’t about
sex and you know it.”

“
Us. We are so good
together, let’s give it another chance.” His voice was low and
husky.

I closed my eyes, trying to ignore the
dull ache inside that made me want to reach out and touch him. He
took advantage, but really I left myself open.

His lips met mine as his arm wrapped
around my shoulder, turning me toward him. A voice in my head told
me to cut him off, but I ignored it. He pushed to deepen the kiss,
and I let my resistance fall away. He leaned into me, moving me so
I was lying down. I felt his weight shift on top of me, his lips
moving to my neck and trailing downward. I snapped myself out of
it. Kissing Levi was a really bad idea.

“
Stop!” I pushed against
his chest. He didn’t respond at first, but he reluctantly moved to
let me sit up. “What the hell was that?”

He grinned. “Don’t say you didn’t want
that.”

“
Don’t look so proud of
yourself. It’s never happening again.” I straightened my hair out
with my fingers, trying to get rid of the evidence.

“
What do you want to do?”
He sat up, still looking way too proud of himself.

“
I’m going to a party with
Hailey. She says all the freshman will be there.”

“
Please tell me you aren’t
talking about Disorientation.”

As if on cue, the door started to open.
“Are you two decent in there?” Jared yelled obnoxiously.

Hailey and the boys pushed into the
room.

“
Are you sure about that?”
Owen asked.

I probably blushed wondering what
evidence still existed. I followed his gaze and realized my tank
top was pulled up on one side. Levi pulled it down before I could,
letting his hand graze my skin in the process. The goose bumps that
formed were completely coincidental—or so I told myself.

I stood up, needing to put distance
between us. “That was fast.”

“
Yeah, we heard the line
was out the door and came back. We’ll have to try again
later.”

Jared rolled his eyes. “Not with our
help.”

Levi turned his attention to Hailey.
“Al seems to think you two are going to Disorientation tonight.
Where would she have gotten the idea that that was
acceptable?”

“
Why wouldn’t we go?”
Hailey took a seat on her desk chair.

“
You have got to be
kidding.” Owen slumped down on the floor, fanning himself with his
shirt. “You really think Levi is going to let Allie go to a party
like that?”

“
One of the only good
things about living in this dorm is being close to the frat houses.
We’re not missing this party.” Hailey made no secret about how mad
she was about living in an all-girl dorm.

“
No way. Absolutely not!”
Hailey yelled. “We want to have lives. We can’t have them if you
are hovering over us all the time.”

Anger built up inside me. I was tired
of people talking about me like I wasn’t there. “Why would Levi
have any say over what parties I go to? I can do what I
want.”

“
Fine. You want to go to
that party? Go.” A sly grin crossed Levi’s face.

“
Uh oh. What are you
planning?” I sighed in frustration.

“
Why would you assume I am
planning anything?” he said with mock innocence.

“
Because you never give in
that easily.”

“
Well, I guess you’ll have
to wait and see.” Levi took a step toward me, kissing me quickly
before I could react. “See you around, Al.” He winked before
heading towards the door.

Jared and Owen got up to follow him.
“Try to stay out of trouble, Hailey,” Owen warned as they filed
out.

“
Yes,
Dad
!” Hailey yelled back even though
the door had already slammed shut. “My brother has to be the most
annoying person on earth.”

“
What about Jared? I think
he wins too.”

I laughed. “Maybe they’re all
tied?”

“
Oh my god. I figured it
was going to be you!” The door burst open, and a small girl with
her black hair pulled back into a bun ran into the room.

“
Anne…hey.” I put down the
dress I was about to hang up in my closet.

“
Hi, Anne,” Hailey said
carefully. We weren’t sure how the girl who was supposed to be
Hailey’s roommate was going to react to the change in room
assignments.

“
So you decided to stay in
New Orleans after all?” She moved into the room.

I nodded. “Yeah, I just wasn’t ready to
leave.”

“
I totally get that.” She
sat down on my bed. “So how did you two manage to get the rooms
switched? I’m not mad or anything, I’m right next door, so we’ll
still be able to hang out a lot.”

“
Yeah? That’s awesome.
Hailey’s dad called and was able to move things around. It turned
out there was an extra spot on the floor.”

“
Okay, cool. My roommate
seems nice, but really quiet.” I couldn’t quite suppress a smile.
Quiet: the exact opposite of Anne. It would be an interesting
combination.

Anne picked up the orientation packet I
had sitting on my bed. “Do you guys want to meet her? She’s just
sitting in there all alone.”

“
Yeah, definitely.” I
deliberated on what to bring with me, finally settling on just my
keys, phone, and my newly minted Tulane ID. Thankfully, the photo
had turned out well.

Anne led the way into her identically
laid out room. “Hey Tiffany, this is Hailey and Allie, our
neighbors.”

All the Lovely Bad Ones by Mary Downing Hahn
Tragedy Girl by Christine Hurley Deriso
Shifu, You'll Do Anything For a Laugh by Yan,Mo, Goldblatt,Howard
Southern Haunts by Stuart Jaffe
Cruise Control by Terry Trueman
ROUGHNECK: A DARK MOTORCYCLE CLUB ROMANCE by Nikki Wild
A Small Person Far Away by Judith Kerr
Vision in Faith (Legends of the North Book 3) by Liz Bower
Dragon Castle by Joseph Bruchac
Speak to the Wind by Engels, Mary Tate
Our partner