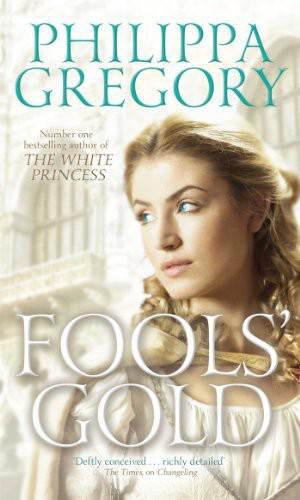 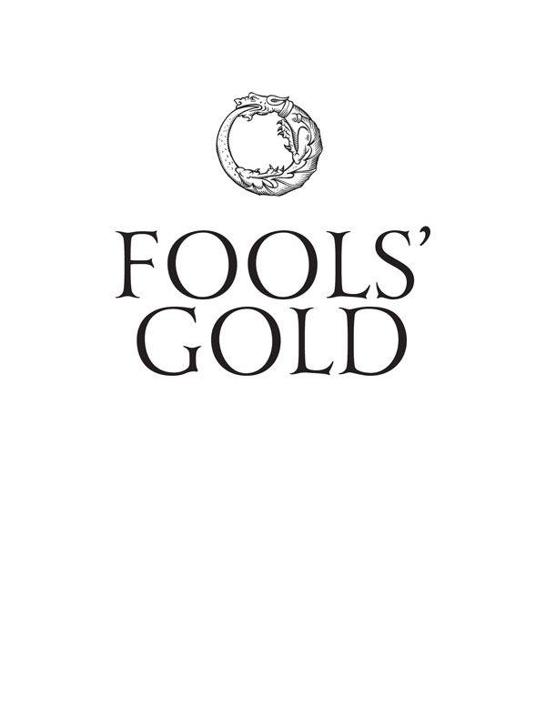 The Order of Darkness Series

The Other Boleyn Girl

Lady of the Rivers

The Women of the Cousins’ War 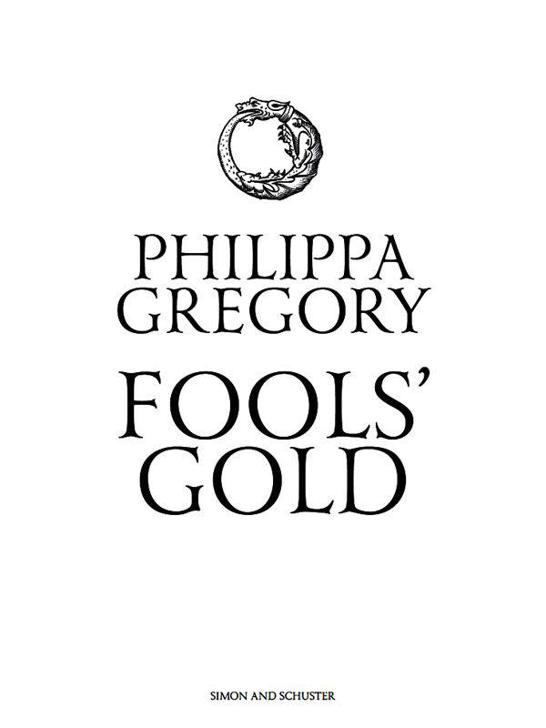 The right of Philippa Gregory to be identified as the author of this work has been asserted by her in accordance with sections 77 and 78 of the Copyright, Designs and Patents Act, 1988.

A CIP catalogue copy for this book is available from the British Library.

This book is a work of fiction. Names, characters, places and incidents are either a product of the author’s imagination or are used fictitiously. Any resemblance to actual people, living or dead, events or locales, is entirely coincidental. 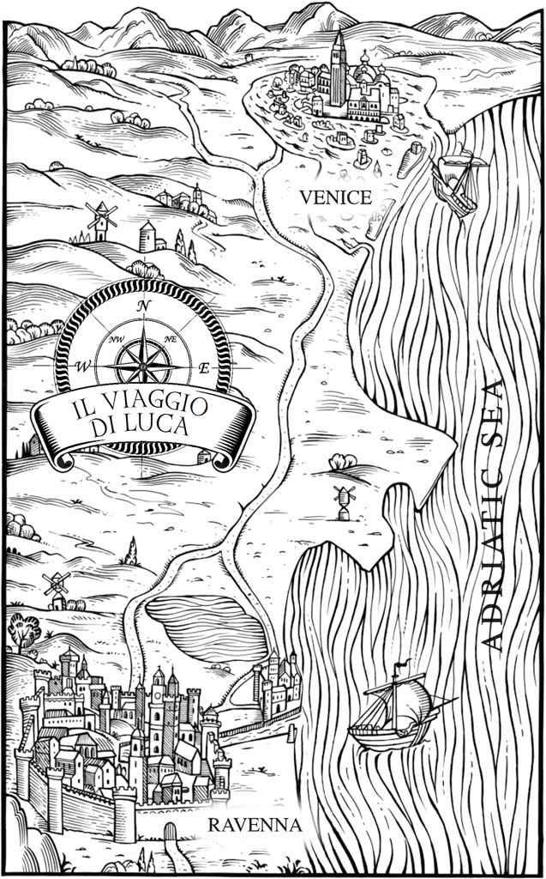 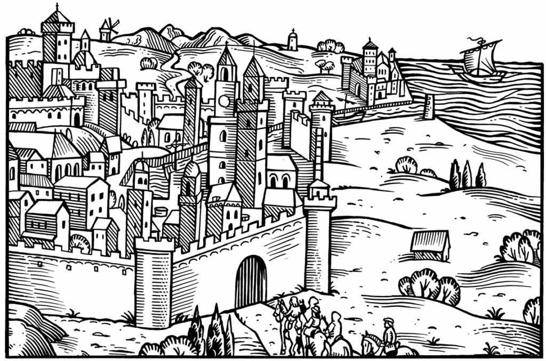 The four horse riders halted before the mighty closed gates of the city of Ravenna, the snow swirling around their hunched shoulders, while the manservant Freize, rode up to the wooden doors and, using his cudgel, hammered loudly and shouted: ‘Open up!’

‘You won’t forget what to say,’ Luca reminded him quickly.

Inside, they could hear the bolts being slowly slid open.

‘I should hope I can – though naturally truthful – tell a lie or two when required,’ Freize said with quiet pride, while Brother Peter shook his head that he should be so reduced as to depend on Freize’s ready dishonesty.

The gateway pierced the great wall that encircled the ancient city. The defences were newly rebuilt; the city had just been occupied by its conquerors the Venetians, who were spreading their unique form of government – a republic – through all the neighbouring cities, fuelled by gold, driven by trade. Slowly the little sally-port door opened and a guard in the bright livery of the victors presented arms and waited for the travellers to request admission.

Freize, launched himself into a mouthful of lies with ill-concealed relish. ‘My lord,’ he said, gesturing to Luca, ‘a young and wealthy nobleman from the west of Italy. His brother: a priest.’ He pointed to Brother Peter who was indeed a priest, but was serving as Luca’s clerk and had never met him before they were partnered on this series of missions. ‘His sister is the fair young lady.’ Freize gestured to the beautiful girl who was Lady Isolde of Lucretili, no relation at all to the handsome young man but travelling with him for safety. ‘And her companion the dark young lady is riding with her.’ Freize was nearest to the truth with this, for Ishraq had been Isolde’s friend and companion from childhood – now they were exiled together from their home, looking for a way to return. ‘While I am . . . ’

‘Factotum,’ Freize said, rolling the word around his mouth with quiet pride. ‘I am their general factotum.’

‘Going where?’ the guard demanded, putting out his hand for a letter which would describe them. Unblushingly, Freize produced the document sealed by Milord, the commander of their secret papal Order, which confirmed the lie that they were a wealthy young family going to Venice.

‘Trade. My young master is interested in shipping and gold.’

The guard raised his eyebrows and shouted a command to the men inside the town. The great gate swung open as he stood deferentially to one side, bowing low as the party rode grandly inwards.

‘Why do we tell lies here?’ Ishraq asked Freize very quietly, bringing up the rear as servants should. ‘Why not wait till we get to Venice?’

‘Too late there,’ he said. ‘If Luca is going to pass for a wealthy young merchant in Venice someone might ask after his journey. Someone may see us here at the inn. We can say we came from Ravenna. If they bother to enquire, they can confirm here that we are a wealthy family and hope that they won’t trouble to look beyond, all the way from Pescara.’

‘But if they do trace us back, beyond Pescara, to the village of Piccolo then they’ll learn that Luca is an inquirer, working for the Pope himself, and you are his friend, and Brother Peter his clerk, and Isolde and I are no relation at all but just young women travelling with you for safety on our way to Isolde’s kinsman.’

Freize scowled. ‘If we had known that Luca’s master would have wanted him to travel disguised we could have started this whole journey with new clothes, spending money like lords. But since he only condescended to inform us at Piccolo, we have to take the risk. I will buy us some rich elegant capes and hats here, in Ravenna and we’ll have to get the rest of our clothes in Venice.’

The guard pointed the way they should go, towards the best inn of the town, and they found it easily, a big building against the wall of the great castle, on the little hill above the market square. Freize jumped down from his horse and left it standing, as he opened the door and bellowed for service for his master, then he came back out and held the horses while Luca, Lady Isolde and Brother Peter swept into the inn and ordered two private bedrooms and a private dining room, as befitted their great rank. Freize helped Ishraq down from her horse and she went quickly after her mistress as Freize led all the horses and the pack donkey round to the stable yard.

As they settled into their rooms they could hear the bells of the churches chiming for Vespers all over the city, the air loud with their clamour, birds whirling into the sky from the many towers. Isolde went to the window, rubbed the frost away from the panes, and watched Brother Peter and Luca leave the inn and head towards the church through the occasional swirls of light snow.

Ishraq did not need to ask her friend why she was so distracted; she only watched her gaze follow the young man as he strode down the cobbled street.

When the men came back from Mass they all dined together in the private room, Freize bringing up food from the kitchen. When he had spread all the plates: the pie, the pitadine – a sort of pancake with rich savoury toppings – the venison haunch, the roast ham, the braised chicken and the sweetbreads on the table, he stood by the door, the very picture of a deferential servant.