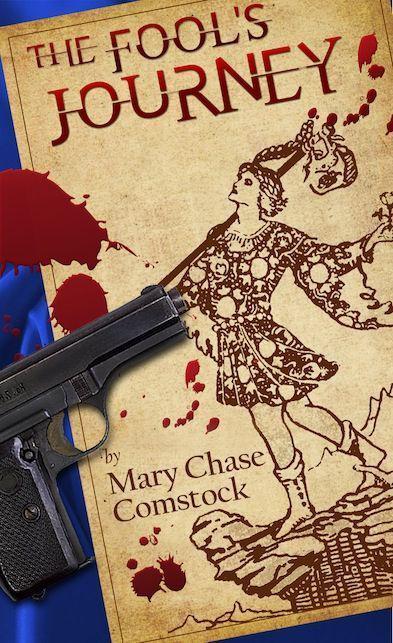 Almost
too late, Rosa Ruiz saw the host of angels gathered at the bottom of the stairs.
They were weeping in a bright, feathered mass, inconsolable, their burnished
locks tumbling forward on the steps.

The
times were different now. For good or ill the world had called out to angels
through book, video, and even Twitter. Now they were here. Some days there were
so many it was hard to walk around. She shook her head and crossed herself
quickly.

It was bad luck
to step on an angel.

Rosa picked up her basket of dust rags and brushes and
squeezed past them on her way up the st
airs. They
didn't
even look up.
She climbed to the top of the steps and was reaching into
her bag for her large ring of keys when she spotted the feather.

She had never known an angel to let a feather drop.

Slowly
she stooped to pick it up, then held it to the light. The feather was
translucent, like opals edged with gold, fine as a saint's halo in a holy
picture. For a moment, the colors danced in flame, then shriveled to brown in
her hand until it seemed nothing more than a dry seed husk from a maple tree.

Rosa shrugged and let the wind carry it away. Maybe, she
thought, it would find its way back to its angel.

As
she let herself into the apartment, she glanced over her shoulder. The angels
were still at the bottom of the stairs, crying harder than before.

Deirdre
Kildeer sat on a damp stone bench and studied the rain-washed city. A fine gray
drizzle cloaked Seattle's waterfront in its typical softness until a twinkling shaft
of light escaped the heavens, illuminating the far hilltops of the city.
Windows glittered on the surrounding hills as the sudden sunlight brought with
it the possibility of rainbows.

She had been
looking for a sign and here it was. She picked up her journal and scrawled a
few words:
Miracle weather to celebrate
my emergence from the cocoon.

A
heartbeat later, the cloud-break closed again and
the words of
Robert Frost came to mind:
Happiness
makes up in height what it lacks in length
.

As
the sky grew darker still, others began to hurry toward the cover of Pike Place
Market. Clinging to the edge of Puget Sound, the Market was a multi-leveled
maze of restaurants, craft booths and produce vendors. Its bounty never failed
to draw a crowd, regardless of the weather. Today was no exception, even though
the rain, which started as a drizzle, now fell in earnest.

Damn.
She was supposed to meet Panda here at the stone bench. The wind picked up and
the rain came down harder still. Pulling up her hood, she too ran for the cover
of the market.

Deirdre ducked into a
sheltered space just inside and shook the rain from the pages of her journal.
The ink was already blurring on the dimpled pages. She pulled a tissue from her
pocket, blotted the paper, and then turned the page back to do the other side.

The words there stopped her. The
poem was back again.

Settle me in the attic eaves

Sift me into floorboards

Swallow my heart beneath the bed

A shadow child from nowhere
.

Year after year memories had
crept out of her pen or followed her fingers across the keys of her computer.
Lines and images sprang from the cadences of overheard conversations or formed
like hieroglyphs in graffiti. At last, she’d written a final copy in
longhand
, then torn it into pieces and burned it in a fire.

But here it was again,
scrawled boldly in her journal— the “hiding
poem.”
She
remembered vaguely awakening in the middle of the night and writing something
down, but until now she hadn’t remembered it.

Damn it! Those days were
over, buried. She'd scratched her life out of ruins and built a new one. No
more fear. Only caution.

She tore the page from her
journal, tossed it in a waste bin, and then stepped quickly into the hubbub of
crowd.

"Watch out for shit's sake!"

Automatically heeding the warning even as she recognized
the voice, Deirdre sidestepped a cart of slick red snapper careening through
the roiling masses. The crowd closed behind it like the greedy Red Sea in the
1950’s Bible epic.

"What did you just say?"

The voice came from her left. Deirdre turned and acknowledged
her friend, Panda, who was watching her with unveiled fascination.

“Nothing
important," Deirdre said, self-consciousness settling over her like a
deflated balloon. "You know I always talk to myself.

And thanks for saving me from the flying
fish."

"To
protect and to serve," Panda said with a laugh. "Someone's got to
look out for the dreamers."

Pauline
Papadopoulous informally adopted Deirdre when they were both in graduate
school. Late nights of study fueled by caffeine resulted in persistent dark
circles under her friend's deep-set eyes. This distinction, combined with a
dolorous expression and bulky frame, reminded Deirdre unavoidably of a
sad-faced bear. Hence, the nickname.

"How are
you doing, Panda? I haven't seen you in weeks."

"Busy,
busy, busy. It's academic conference season. I just got back from Chicago and I
leave for New Orleans tomorrow."

"I had no
idea your dance card was so full! I'm lucky I caught you!"

"You
are indeed. Now,
why are we
here? What's so mysterious and
wonderful?"

Deirdre
smiled.
"Just wait until we're in the restaurant, okay?"

"You're
no fun," Panda complained.

"Yes,
I am—I'm going to order an enormous bottle of bubbly."

Panda
whistled. "This must be really big. Let's go!"

Like
a bottle of champagne, there was no one like Panda for cheer. A few minutes
exposure to her effervescence and Deirdre was in good humor again, the
disturbing poem in her journal dismissed. The restaurant wasn’t far in
distance, but the winding aisles of the market and its inevitable treasures
always made the walk longer.

“Look at those!" Panda said, grabbing Deirdre’s arm
and steering her toward a display of dried flower wreaths, streaming with
ribbons. "This one was made for you!" Panda insisted, holding one
aloft, then plunking it on Deirdre's head. "You look like one of those
pre-Raphaelite post card models!"

Great.
Deirdre grimaced as the wreath
slipped down over one eye. She'd been fighting her stereotypic image as
poet-in-residence at the university for almost three years. The faculty allowed
a certain amount of indulgence, but it was understood that ethnic earrings and
badly matched tweeds were about as far as whimsy went. Even Deirdre agreed
that, in this century, a wreath looked silly on anything besides a door. But it
was exactly the kind of useless junk she and Panda always dragged back from the
Market.

Deirdre
reached to pull it off.

“I
feel like I'm wearing a porcupine." She paused as the
vendor held up a mirror. Spikes of purple statice and dusty rosebuds framed her
face. The rain had brought out the curls in her waist-length russet hair.

"If
you want to float along a mythical river in a barge pulled by swans, you have
to put up with a little pain," Panda told her.

"True, but I'd rather drink champagne."

When several people stopped to watch, Deirdre pulled the
wreath from her head and turned away. As always, the idea of being watched sent
her heart scurrying.

"So much for beauty!" Panda grumbled.

Together,
they continued through the people-clogged arteries of the Market
. Even though
they were under cover, Deirdre pulled her hood up again. The odds that anyone
would recognize her after all these years were astronomical. Her life was on
the verge of happiness, however, and instinct warned her to be careful. Once
they were in the restaurant, in a corner, she'd feel safe again.

Navigating the market was a challenge and threading the
jammed corridors nearly impossible. Overflowing produce and flower carts gave
way to handicrafts and import shops. It wasn't long before Panda gasped and
headed for a stand bursting with improbable junk. With a sinking heart, Deirdre
watched her friend dive in and latch onto a pair of Chinese temple dogs the
size of Rottweilers, rendered horrifically in hot-pink plastic.

Panda drew in her breath and stated solemnly, "These
I must have!" Her eyes glowed with an unholy light. There would be no
reasoning with her. Panda's heart went out to useless junk the way some people
felt compelled to adopt every stray cat or dog that landed on their porch.
She'd even bought a dress once – three sizes too small, at that – because she
"felt sorry" for it. Panda's apartment was a humane society for the
culture's most pathetic strays.

Deirdre clung to the perimeter of the store, pretending
to study Space Needle snow globes as Panda bargained. Clearly she would have to
carry one of these neon beacons. That would draw more attention than the wreath
had, but at least she’d have three feet of pink plastic to hide behind.

Thankfully, the purchase
was
completed rapidly and Deirdre could breathe again. She had
good news to share with Panda, but like a magic spell, it wouldn't be real
until she'd said it aloud.

They
turned down a narrow passage leading to the restaurant. Deirdre could barely
see around the enormous temple dog, but was thankful the light-weight plastic
made it merely unwieldy instead of backbreaking. The crowd, as usual, gave way
before Panda's impressive proportions, but massed again behind her.

Deirdre,
clinging to her awkward pink burden, was jostled
from side to side trying to navigate a
path through a
sea of damp jackets and arms laden
with treasures when a sudden, painful yank tore at her hair.

Deirdre's
head snapped back with a jerk.

A searing
pang coursed along her scalp, bringing tears to her eyes and a gasp to her
throat.

Panic pounded against her temples and lodged in the pit
of her stomach as the past
invaded the present in waves of terror.

The
hand in her hair.

They had found her.

Deirdre sank to her knees.