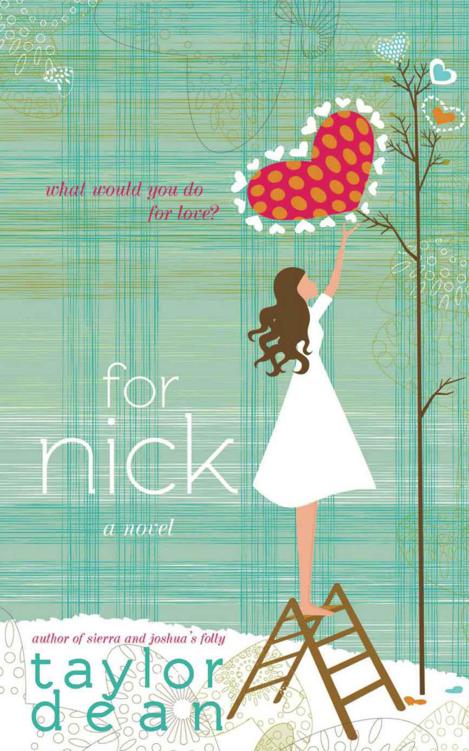 This is a work of fiction. Names, characters, places, and incidents either are the product of the author’s imagination or are used fictionally. Any resemblance to actual events, locales, organizations, or persons, living or dead, is entirely coincidental.

All rights reserved. No part of this book may be used or reproduced in any manner whatsoever without written permission, except in the case of brief quotations embodied in critical articles and reviews.

I live for you

other books by the author

Emily quickly donned her leggings, then her sweats and a thin, long-sleeved t-shirt, followed by a turtleneck and her favorite sweatshirt. She stepped into her worn slippers and suppressed a shiver. It was downright freezing in the cabin tonight, even though it had been a beautiful day. She glanced at the lingerie neatly laid out. That was for tomorrow night after Zach arrived. She wondered how she would possibly dare to wear it in this temperature. But then, Zach would keep her warm.

She couldn’t wait to see him. She hadn’t realized just how much she would miss him, being separated for only a few nights, but there was an ache in the pit of her stomach without him. They’d been married for an entire year now and the time seemed to have flown by.

Emily turned up the flames in the fireplace in her room. Maybe that would help warm this place up. Arguments over whether the fireplaces in the cabin should be gas or wood were a touchy subject between her and Zach, but she’d won and presently she was glad she didn’t have to go out and retrieve wood to stoke the fire. She and Zach had never gotten around to spending much time up here and fixing the old place up. It was something they’d looked forward to, but never got around to doing. A light turned on in the hallway and as she turned towards the door, a glow revealed the source that was stealing all her warmth. There must be at least a three-inch gap under her bedroom door. No wonder it wasn’t warming up, her room was a proverbial wind tunnel. Something needed to be done about that. Emily opened the door and peeked out to see Camille making her way out of the bathroom, hoping the faster she flounced, the warmer she would be. They waved at each other and grimaced.

“You forgot to mention the cabin had no heat.”

“Do you have any aspirin? I’ve got a m-monster of a headache.”

“Sure, I’ll get it.” Camille continued to prance around, trying desperately to keep warm. She returned to Emily’s doorway in less than a minute, this time jogging in place and handed her the medicine.

“Turn up your flames. I just did and I feel w-warmer already,” Emily told her.

The morning sun hit the windshield, warming up the front seat of the car as Zach drove down the tree-lined road, twisting and curving towards his destination. Driving in the mountains was something he loved, unlike some people who dreaded it…namely Em. She hated the curves. She always said she could feel the centrifugal force causing her to lean this way and that and she didn’t like the feeling. Zach smiled at the thought. He wasn’t sure the statement was entirely accurate scientifically, but it didn’t matter, that was what Emily named it, so that’s what it was. Em was always naming things. For example, she called the pulp in orange juice, which she hated, ‘fleas.’ She’d named it as a child and it had always stuck. Her mother had come to visit once and at breakfast, her face completely deadpan, asked, “Is this orange juice with or without fleas?” She had the whole family in on it. The one that took the cake was ‘black juice.’ He’d learned quickly that meant
Coke
. Again, it was one of her childhood names for a dark colored soda and her entire family had never broken the habit. Zach shook his head. Her entire family was nuts. Em had grown up with two sisters and a brother. They broke into song at the drop of a hat and laughed hysterically when they were together.

He envied her for having such a wonderful family.

He rolled down the window and let the fresh mountain air enter his lungs. Mmmmmm…refreshing, but a little chilly. He quickly put the window back up.

He was looking forward to seeing Em. She’d been away for three nights, the most they’d been separated since they were married. He hoped she’d had a fun girls-get-away with her three best girlfriends. She worked too hard. But then, so did he. The thought had been weighing on him lately. Whatever happened to their dreams of settling down and having a family of their own? Instead they’d allowed their jobs to steal their time. It was his plan to talk to her about it today, when they had some time alone.

The aroma of freshly baked muffins wafted through the car making his stomach growl. He’d promised Em to come up and make breakfast for her and the other ladies. They had strict orders to stay in bed until it was ready. His specialty was omelets and they were Em’s favorite. He mentally reviewed his purchases—eggs, cheese, bell peppers, onion, ham, milk, salt and pepper—yep, he had everything for the omelets. Muffins to go with them, orange juice to drink, and various types of fruit for a fruit salad. Em was going to love it.

He pulled into the drive that led up to the cabin they had purchased for weekend escapes. This was the first time they had actually used it. Yeah, things needed to change for them. They were letting life pass them by.

Zach carried the bags of groceries into the cabin, shivering at the chill in the air, and yelled a greeting, letting the ladies know it was him. Erika and Camille were in the living room nursing hot chocolate.

“Hello ladies. I hope you’re hungry. You’re about to have the best breakfast of your lives.”

“Zachary Drake, I’m going to steal you from Emily. You are my kind of man,” Camille remarked.

Zach laughed and went to work in the kitchen. “The others are not up yet?” Zach asked as he cut the cantaloupe into bite size pieces.

“No, Susan and Emily are still sleeping. I haven’t heard a peep from them yet. I’m sure they’re waiting for their breakfast in bed. Besides, Em had a headache. She’s probably sleeping it off. It was freezing last night. Poor Em, she could barely talk, her teeth were chattering so fast. You know how cold she gets.” Camille stood in the doorway of the kitchen observing Zach.

“Guess I’ll have to go upstairs and warm her up,” Zach teased with a raise of his eyebrows. One of the things they’d loved the most about this cabin was the fact that each room boasted its own fireplace.

“Zachary…you gorgeous hunk of a man, when are we going to run away together?” Camille cast him her most suggestive look.

They both chuckled. Camille was always joking about stealing him from Emily and the two of them running off together. It was simply light banter, done in jest, and Emily usually just shook her head at her antics, as did Zach.

Zach started to cook the omelet, which brought Susan downstairs.

“I smell food…real food. Not the awful stuff we’ve been attempting to cook,” Susan said sleepily. Even though she wore several layers of clothing, she was shivering.

“Zach’s working his magic in the kitchen,” Erika remarked.

“Emily doesn’t know how good she has it,” Susan added with a yawn.

“That’s what I’ve been saying,” Camille told her.

“I still need to defrost from last night.” Susan grabbed a blanket and wrapped herself up in it.

Once everything was ready and Emily had not made an appearance, Zach decided to go upstairs and awaken his wife.

“Don’t do anything I wouldn’t do,” Camille taunted.

Zach just laughed. Camille was a little minx, but she was one of Emily’s dearest friends. She was also an unforgiveable flirt. Zach took the stairs two at a time, thinking about making a plate for Emily and bringing it up to her so she could eat in bed as promised. Zach knocked on her door.

He tried the doorknob and it turned easily under his fingers. The door opened about one inch and then he was met with resistance.

The warm air in the room rushed at him, stifling in its intensity. How Em could stand the oppressive atmosphere, he didn’t know. He pushed the door, giving it a firm shove, enough to be able to see what was keeping him from opening it fully. A towel had been stuffed under the door. If it had been cold last night, Em was probably trying to keep out the drafts. He entered the room and could see that Em was still hunkered under her covers. One glance at the window confirmed his thoughts. Another towel was stuffed under the windowpane in order to keep the warm air inside. The flames in the fireplace were still going strong. The eerie hiss common to gas fireplaces was the only sound in the room. The bright flames and the darkness of the room left him feeling temporarily blinded and a little light-headed. Zach made his way over to the window and pulled open the shade, letting the sunshine into the room.

How It All Began by Penelope Lively
True: An Elixir Novel by Hilary Duff
Night School by Mari Mancusi
Relax, I'm A Ninja by Whipple, Natalie
The Reaper Virus by Nathan Barnes
Secret of the Stars by Andre Norton
Her Wish Before Christmas (Holiday Hearts) by Quinton, Kimberly
By the Book by Dean Wesley Smith, Kristine Kathryn Rusch
AloneatLast by Caitlyn Willows
Saint Steps In by Leslie Charteris
Our partner